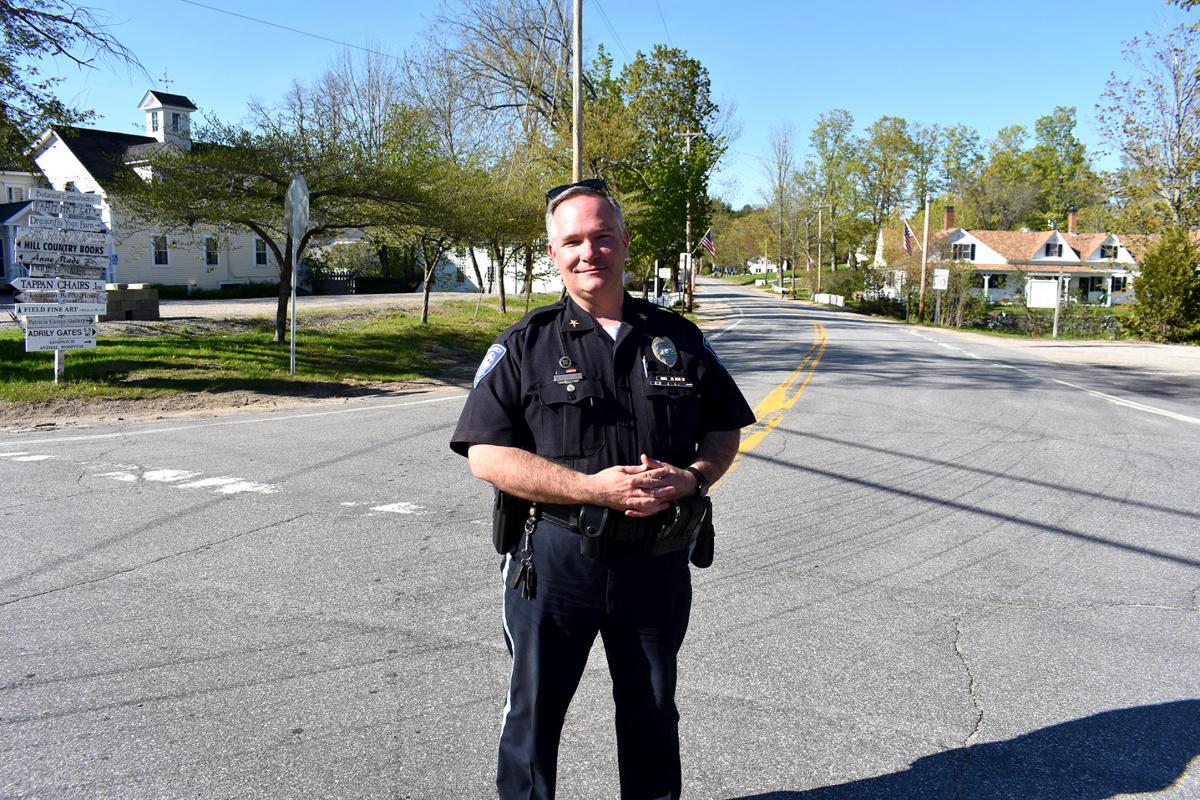 Douglas Wyman will work his last day as chief of police in Sandwich on May 30. His experiences, both professionally and personally, have led him to be an advocate for both civil rights and mental health care. (Adam Drapcho/The Laconia Daily Sun photo) 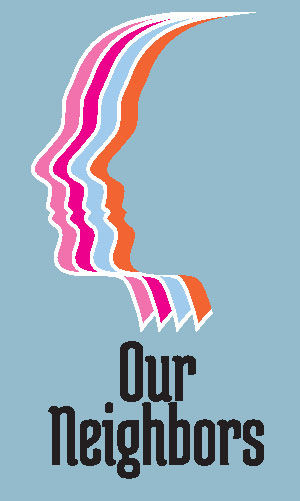 Douglas Wyman will work his last day as chief of police in Sandwich on May 30. His experiences, both professionally and personally, have led him to be an advocate for both civil rights and mental health care. (Adam Drapcho/The Laconia Daily Sun photo)

SANDWICH – Douglas Wyman was sworn in as Sandwich’s chief of police on Dec. 21, 2009, and his last day will be May 30. The past 11 years as a cop in a small lakeside town have been some of the most eventful years of Wyman’s life, and have given him a new direction to take after his retirement.

As involved as he has been over the past decade, it’s no surprise that Wyman doesn’t plan to sit idle. When he leaves police work, he’ll be trading his badge for the cloth. Wyman is already working on a bachelor’s degree in religion from Liberty University’s School of Divinity.

Wyman was raised Catholic, but the experiences he had as a police officer caused him to lose grip on his faith. “You get jaded and you wonder how a loving God could let that happen,” he said.

It was his late wife who got him to come back to church, this time of the Congregational persuasion, and it was the comfort that pastors provided during a time of grief that showed him what he should do with the next chapter of his life.

Wyman has been offered the opportunity to preach at churches in Sandwich and a few neighboring towns, but he said his calling is for him to take God’s Word out into the world.

“I want to be a chaplain so that I can go our in the community, work with hospitals and hospice, public safety, LGBTQ, the addicted, minister to them where they’re at,” Wyman said.

Wyman, who turned 51 this month, was born and raised in Concord. His father, Douglas Wyman, Sr., was a police officer in the capital city, and there wasn’t any question that he would follow in his father’s boot steps.

“I grew up in the police station,” said Wyman, who didn’t waste any time pursuing a career in law enforcement. At 13, he started as a cadet with the Concord Police Department. During his freshman year at Plymouth State College (now Plymouth State University), he was hired as a part-time officer for the campus police. Soon he was working part-time for the town of Plymouth, and also for Campton. He was well on his way to what he thought he would be doing with his working years.

“I wanted to be an FBI agent. I wanted to chase Russians, I wanted to be counter-intelligence,” Wyman said. But the more he worked as a police officer, the more he liked it, so much so that he went to the full-time police academy and dropped out of college. Before he became chief in Sandwich, he worked for the Thornton and Moultonborough PDs, and then worked for the drug and alcohol treatment programs at the now-closed Laconia State Prison.

Wyman found that working for small towns in central New Hampshire provided the engagement and sense of purpose that he imagined he would have as a federal agent.

Some people look at towns like Sandwich and Moultonborough and think, “Nothing goes on here,” he said. Their local police officers would tell them differently.

“They don’t realize that every town has an underbelly that you often don’t see,” he said. Small town officers respond to the same calls as do their colleagues in large cities, “just not to the same degree of frequency.”

Wyman had just become a police officer when he helped search for one of his high school classmates who went over Livermore Falls in a raft and didn’t survive. “We spent the next two weeks looking for him,” he said.

He was one of the first two officers to arrive on the scene of the Tess Reed murder in Plymouth in 1991. “It was a horrific scene,” he said. Reed was stabbed to death in her home, and the crime remained unsolved until 2013, when a man convicted of another murder in Massachusetts confessed.

“You are subjected to multiple traumas,” as a police officer, Wyman said. How his profession thinks of those traumas has changed over his career.

“When I started this job, you were expected to deal with it, you weren’t expected to talk about it. You were perceived as a tough guy,” he said. That started to change after the Gulf War, when the term Post-Traumatic Stress Disorder became commonly understood.

“It’s more accepted now that we’re able to seek help, get help and get healthy, especially given my own story,” Wyman said.

“My wife suffered from depression and anxiety her whole life. Unfortunately, a situation with her job manifested with a major depressive episode, no matter what I did or her doctor did, we weren’t able to pull her out of it,” Wyman said.

In the midst of the tragedy, Wyman found himself surrounded by support. The pastor of the local congregation, as well as the NH Association of Chiefs of Police and the State Police all made sure he had someone to talk to, usually multiple times each day. Wyman said he’s continued to engage with counseling since then.

“If I didn’t have the support I had over the past two-and-a-half years, I wouldn’t be where I am now,” he said.

Wyman wasn’t content to just heal himself, though. He has leveraged his title as police chief to do what he could to improve the well-being of his community.

“I took a couple of things that are near and dear to my heart, I have seen, not only as an officer but as a husband and a father, where the system was broken and needed fixing.”

Wyman has advocated for expanded mental health, and has hosted forums about expanding outpatient addiction treatment, especially in Carroll County. He has also been a booster for the LEAD (Law Enforcement Against Drugs) program, an alternative to D.A.R.E., which aims to educate children about the dangers of substance use. He’s an instructor and trainer for LEAD, on the statewide advisory board for the program, and visited the White House to promote LEAD.

Wyman is the father of a transgendered son and he has advocated for greater protections for LGTBQ people on the Governor’s Council on Diversity and Inclusion, which he called “an incredible opportunity, an incredible experience.”

Wyman spoke out in support of HB 1319, a bill that added “gender identity” to the list of prohibited discriminations in New Hampshire. He said he “took some hits” for taking a public stance, but, “It was the right thing to do.” The bill was passed by the legislature and signed into law by Gov. Sununu on June 8, 2018.

Wyman has served with the NH Association of Chiefs of Police, as well as the New England Association. He teaches a class on officer wellness and resilience at the NEACOP Command Training Series, held at Roger Williams University in Bristol, Rhode Island.

Patrick Daley, chief of police in Norwich, Connecticut and president of the NEACOP, said Wyman’s absence will be noticed:

“Chief Wyman has been a trusted and valuable member of the Executive Committee of the New England Association of Chiefs of Police. We wish him well but will miss his input and guidance to the leadership of the Association. Personally I have become quite friendly with Doug and I hope he enjoys every minute of well earned retirement.”

Wyman used his time as chief to make his world better, as he saw fit. “I’ve been involved in so much, I’ve been able to do so much, it’s been great,” he said about the closing of his law enforcement career.

As a retirement party would be inappropriate during the current directive to observe social distance, the community has organized a drive-by thank-you for Wyman. Those who want to send him off with their good wishes are invited to drive past the Sandwich Central School’s main entrance on Sunday, May 31, from noon to 1 p.m.

TILTON — Three years ago, Riley Mann got to watch his older brother, Kyle, participate in the Down Under Sports international tournament, held…