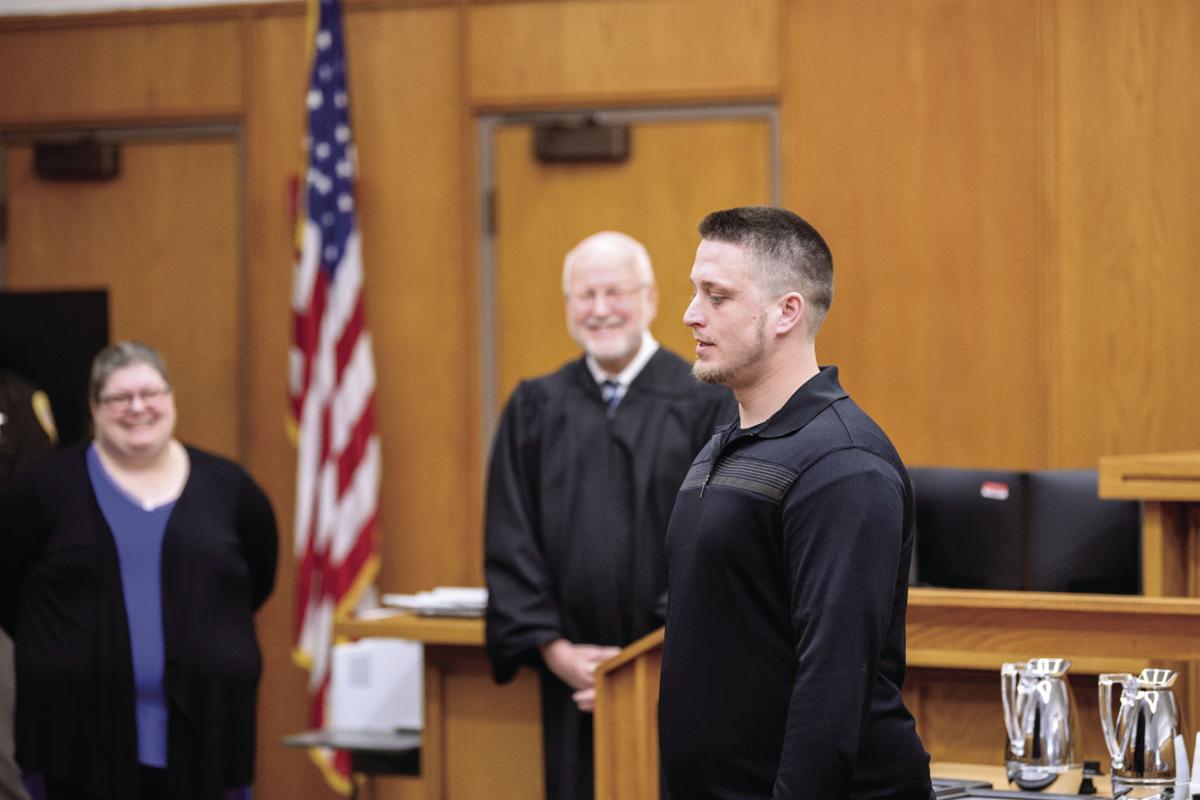 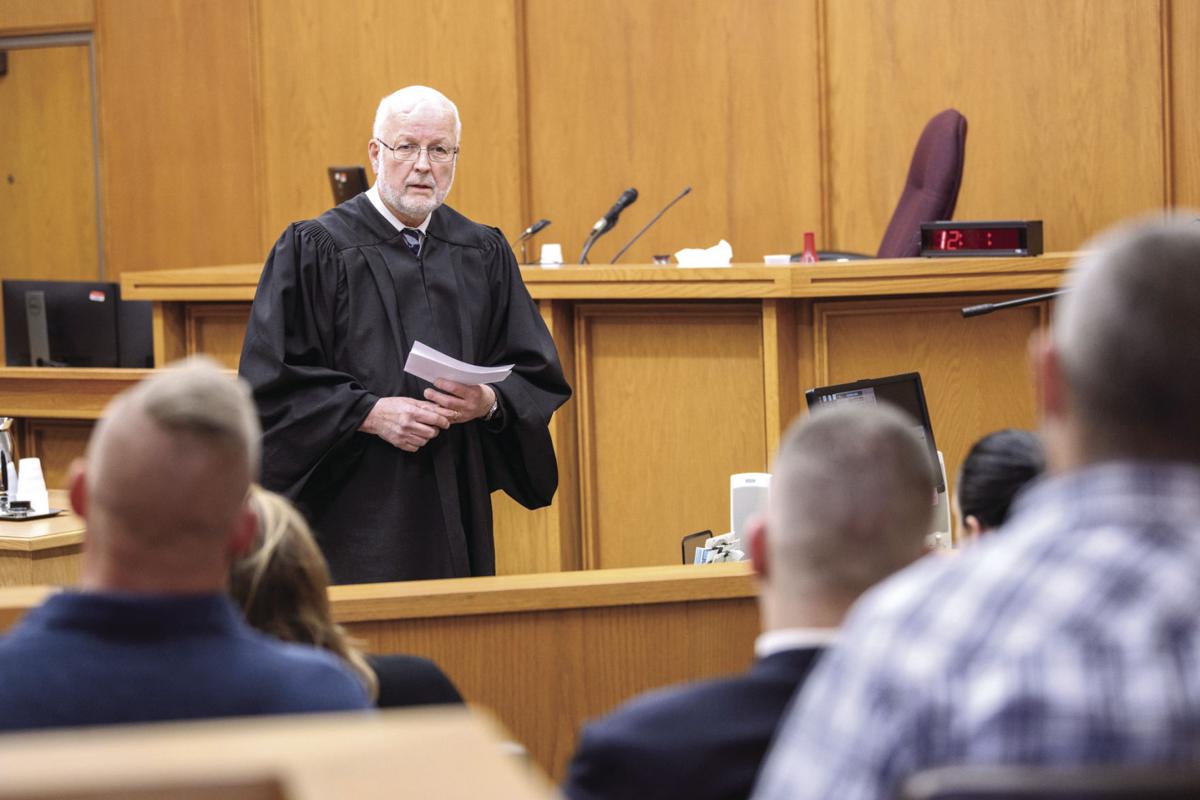 LACONIA — Richard Dooley has come to realize people are not out to get him.

Andrew Espernet never thought he would marry but is now planning to do so.

Ashley Normandin has learned not to be ashamed of her life.

On Tuesday, they graduated from Recovery Court, which allows offenders to receive drug treatment and mental health services as an alternative to jail time in a program intended to reduce recidivism and protect public safety.

Judge James Carroll shook hands with each of the three graduates and handed them a framed certificate and a keychain as other program participants, family and friends applauded their accomplishments.

Normandin said she has been clean and sober for 468 days.

“To be truthful, I initially pled into this program with absolutely no intention to get sober,” she said. “When I caught the sales charge that I came in here with, my life was in complete chaos.

“My father had passed away from a carfentanil overdose two months prior, and I quickly spiraled even more out of control. Looking back now, I was completely hopeless.”

Like many program participants, Normandin has had a difficult journey.

“I struggled for eight months, went to jail on numerous sanctions, ran back to drugs, ended up on the run, overdosed for the first time. I was found and arrested and that truly saved my life. I finally called my mother from the jail and the relief in her voice was overwhelming.”

There were more setbacks, before, as she put it, “Something clicked,” during a treatment program. She has now held the same job for a solid year and has reconnected with her sister.

She has learned to choose her battles and not to give up when things get hard.

She offered some advice.

“Don’t ever let anyone label you. You are sons, daughters, mothers, fathers, brothers, sisters, husbands, wives and friends. Be more than a recovering addict. Figure out who you want to be and define yourself. You don’t have to live under a negative label for the rest of your life, and only you can change what you are viewed as.

“I used to be ashamed of my life and who I was. Don’t be ashamed of your past. Use it. Remember where you came from and use it to help others to inspire yourself and the people around you. If you are here, it is for a reason.”

Including Normandin, Espernet and Dooley, Recovery Court has graduated 25 people since its inception.

Espernet said he also fought the program when he first entered it.

“I just never thought that I wanted to give up on drugs,” he said.

He said his family and his fiancee have helped him immensely. Just having a fiancee was quite a pleasant surprise.

“I honestly believed if there was a woman who wanted me there was something seriously wrong with her,” he said.

Dooley said that when he entered the program he was determined to do it his own way.

“I couldn’t make responsible choices. I couldn’t hold a job. My family wouldn’t talk to me. I thought everybody was out to get me and I was very negative. After hard work, I realized, nope, they weren’t out to get me.”

Judge Carroll becomes close with the people who come through Recovery Court.

He said he once owned a restaurant and dreamed of going to law school and doing something more meaningful with his life than flipping hamburgers and frying potatoes and clams.

“I complained a lot to my wife about wanting to go to law school. One time she said to me, ‘I’m so sick and tired of you talking about it, why don’t you apply?’”

He figured he would not get accepted, and that would be the end of it.

“Lo and behold I got accepted,” he said. “As I walked this journey to what I felt would be more fulfilling life, I searched for a prayer to guide me.”

He recited that prayer:

“Lord, make me an instrument of your peace:

where there is hatred, let me sow love;

where there is injury, pardon;

where there is doubt, faith;

where there is despair, hope;

where there is darkness, light;

where there is sadness, joy.

grant that I may not so much seek

to be consoled as to console,

to be understood as to understand,

to be loved as to love.

For it is in giving that we receive,

it is in pardoning that we are pardoned.”