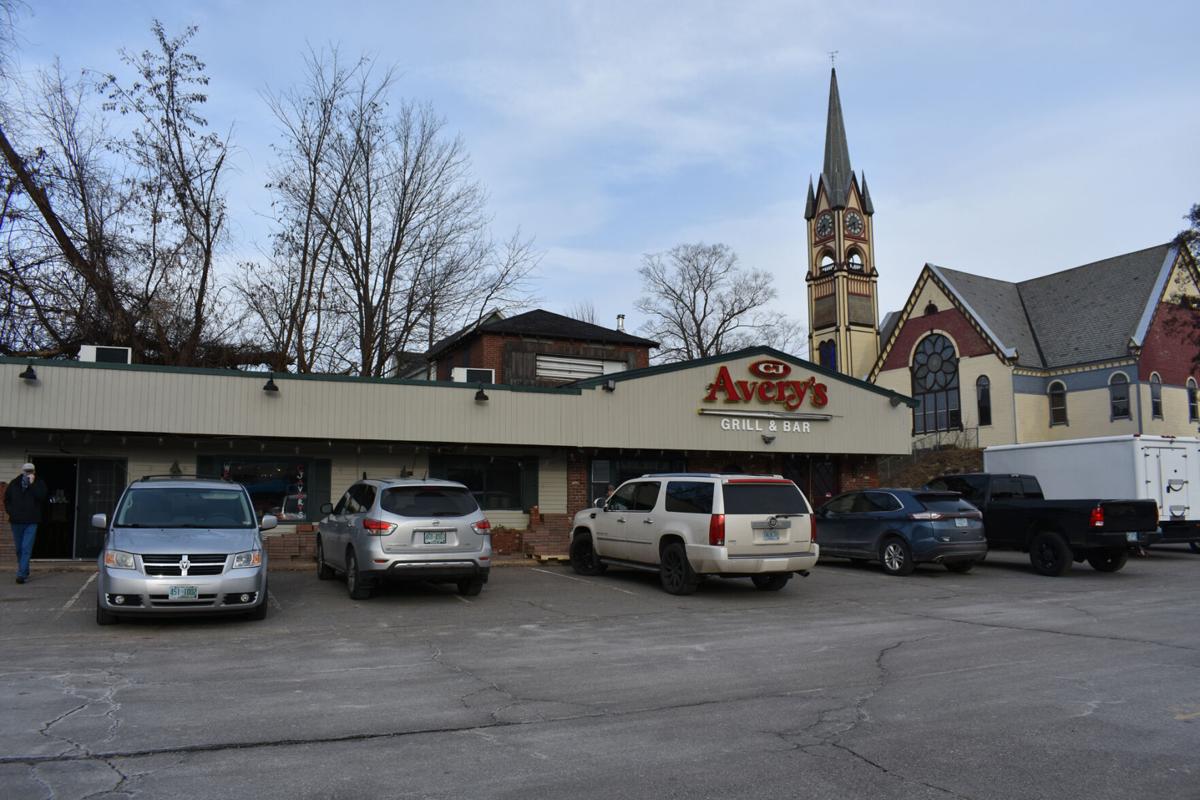 Chip Avery opened his restaurant in 1984 to escape corporate life in Boston. He is now looking forward to retiring after selling his property to a developer. (Adam Drapcho/The Laconia Daily Sun photo) 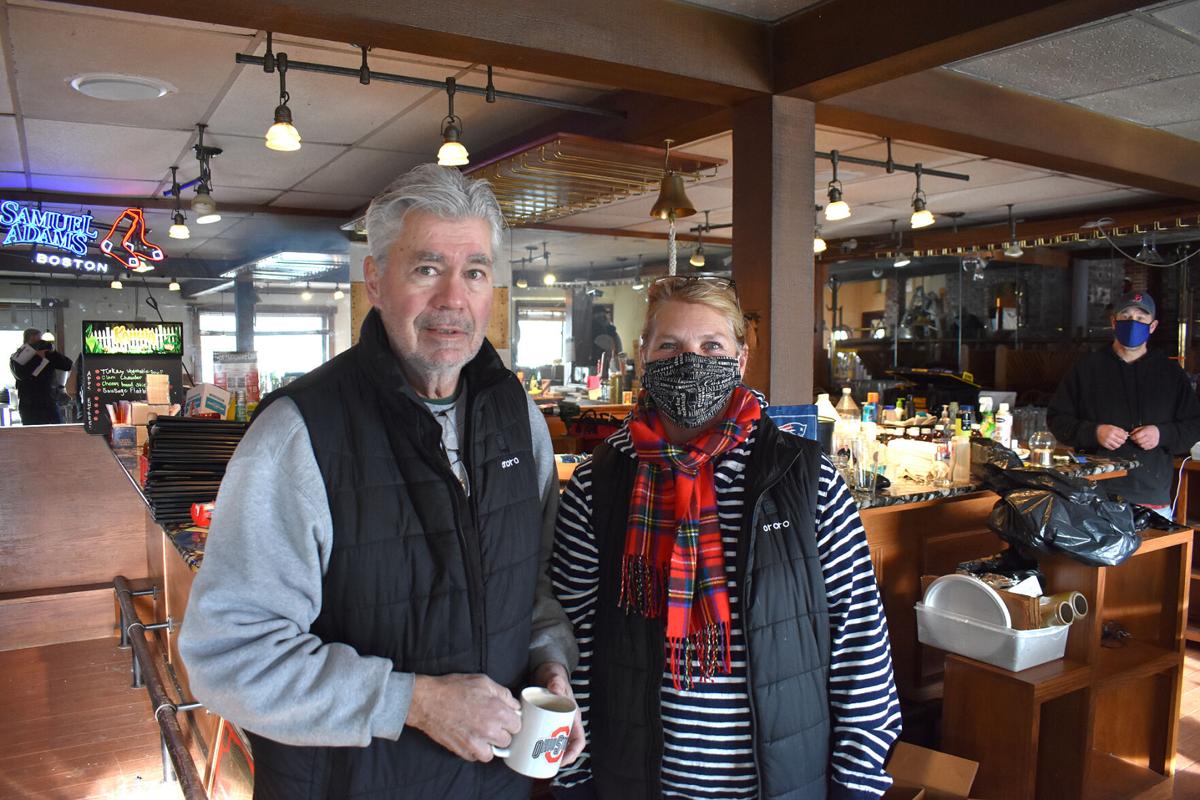 Chip Avery is shown here with his long-time general manager, Mary Breton, as other restaurant owners comb through the items available for sale. Avery is closing his restaurant, CJ Avery's, and selling the property to a developer. (Adam Drapcho/The Laconia Daily Sun photo)

Chip Avery opened his restaurant in 1984 to escape corporate life in Boston. He is now looking forward to retiring after selling his property to a developer. (Adam Drapcho/The Laconia Daily Sun photo)

Chip Avery is shown here with his long-time general manager, Mary Breton, as other restaurant owners comb through the items available for sale. Avery is closing his restaurant, CJ Avery's, and selling the property to a developer. (Adam Drapcho/The Laconia Daily Sun photo)

LACONIA — When Chip Avery closed the doors to his restaurant last fall, he thought it was just for the winter. It turned out to be the end of CJ Avery’s, as he announced recently that he had come to terms on a deal to sell his property to a developer who is busy remaking much of Lakeport.

“We didn’t plan to close, we were going to reopen in March,” Avery said, explaining that he shut down in the fall to wait out the winter surge of coronavirus. That was, until he was approached by Scott Everett, whose contractors have already demolished many buildings neighboring Avery’s to make way for a mixed use development. Avery said it was “the opportunity to sell it at a good price and retire.”

Everett said that acquiring Avery’s property offered him more parking spaces, but that beyond that he did not yet have a specific plan for the building or the lot.

“It’s all part of the plan, we’re hoping to re-do that whole area. Chip was terrific and sees the potential. I’m glad he sees himself as part of the solution,” Everett said. “Great move for the town, and I really respect him for it.”

The property in question is 10 Railroad Avenue and includes about a third of an acre as well as the restaurant, which seats 132 inside and 50 on a patio. The city assesses the property at $281,100. The sale between Everett and Avery has not yet closed.

Everett currently has two other projects underway nearby: the renovation of the Lakeport Opera House, where the Laconia Daily Sun’s office is located, and a 29,500-square-foot structure he is building on Elm Street, adjacent to Avery’s Park Street restaurant. Demolition has already begun for the Elm Street project, which when finished will include commercial space on the ground floor and 17 residential units – both apartments and condominiums – above.

Avery was at the restaurant on Tuesday morning to sell any and all of his restaurant equipment to anyone willing to make an offer. Dozens of other restaurateurs came to see what would be at home in their establishments.

Owen Price and Rachel Staples, who operate George’s Diner in Meredith, were among those looking for a deal on Tuesday morning.

“Everybody said they had the best prime rib,” Price said about CJ Avery's.

Michael Campione, who owns Brookside Pizza II and The Tap in Belmont, said Avery accomplished what every restaurateur hopes to do when they first open. “Congratulations, this is what we all try to do, build it up and then sell it and retire.”

Avery is a native of Chicago who, after college and military service, found himself in Massachusetts and working as a vice president of a small restaurant corporation.

“I lived in the Boston area for 11 years, we had a boat up here on Winnipesaukee. I got tired of the rat race in Boston, I decided to come up here and buy a restaurant,” Avery explained. That was in 1984; Avery was 35 years old.

Avery is optimistic about Lakeport’s stock, especially with the activity that Everett is bringing to the part of the city where Paugus Bay flows into Lake Opechee.

“Obviously Scott’s doing a lot to improve the area. The big drawback in Lakeport is parking, that makes it difficult. Other than that, I’d be optimistic. It’s changing, and I think for the better,” Avery said.

Asked about doing business in Laconia for more than three decades, Avery said, “It’s not the easiest place to do business, to be honest. The city could be a little more pro-business than they have been.” He declined to provide a specific example, though, saying, “that’s all water over the dam.”

He acknowledged that he’s selling just as Lakeport is getting ready to take a turn, and said he’s happy to make room for the next entrepreneur.

“There’s plenty of restaurants in Laconia, let someone else have a chance. I’ve done very well over the years,” Avery said.

Avery said that he appreciates all of the business his patrons gave to him, and that he is looking forward to enjoying his retirement.

“I’ve had a lot of great customers over the years, I’m going to miss them,” he said. “But I plan on still getting together with them, this time I’ll be sitting on the right side of the bar.”

LACONIA — People formed a block-long line Saturday to get a look at the newly renovated Lakeport Opera House, new home of The Laconia Daily Su…