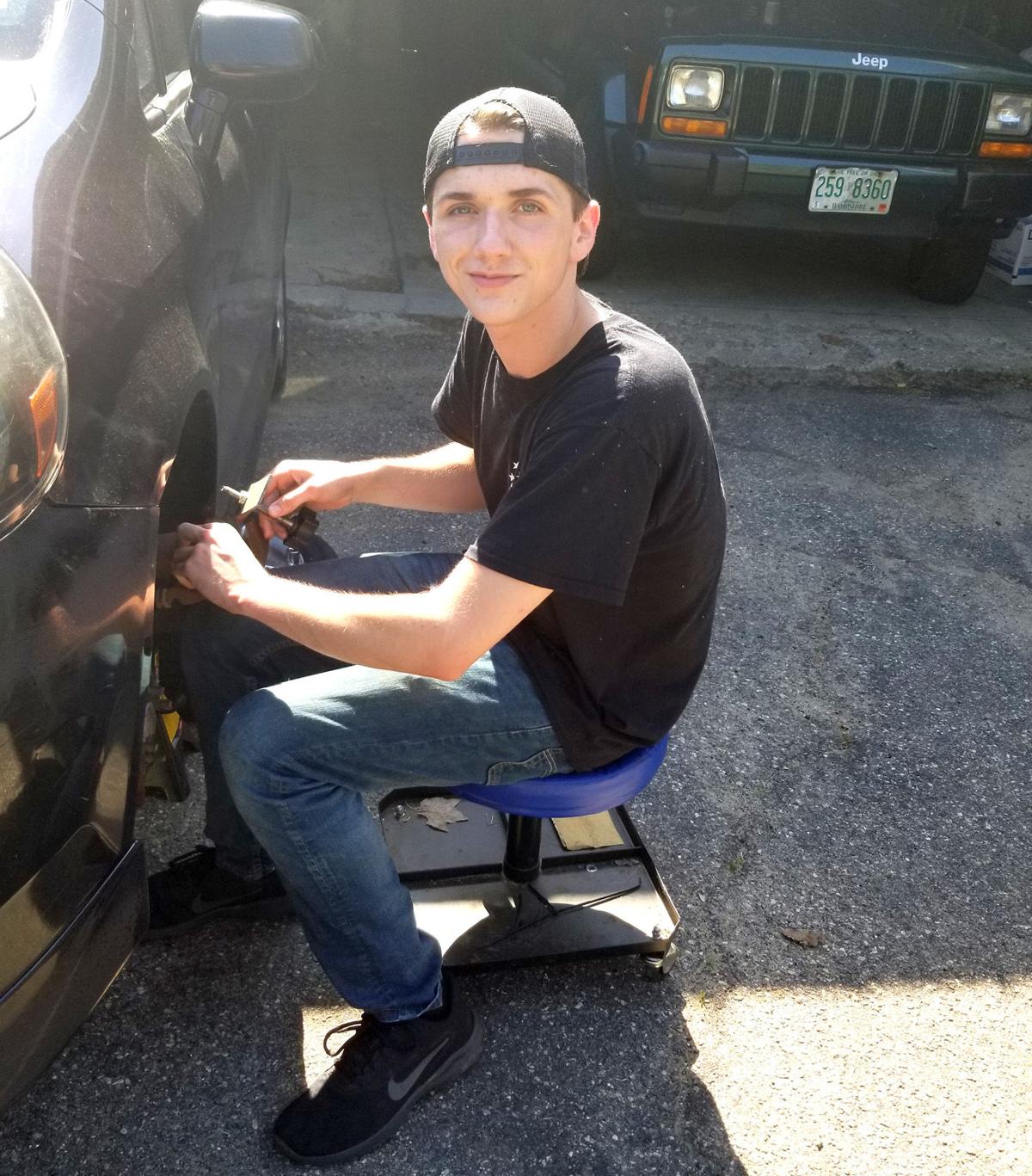 Will Perry, 18, of Gilford, works on his car, handed down from his older brother. He found his calling – to be a diesel mechanic – through the automotive technology program at the Huot Technical Center at Laconia High School, and says the program changed his life. 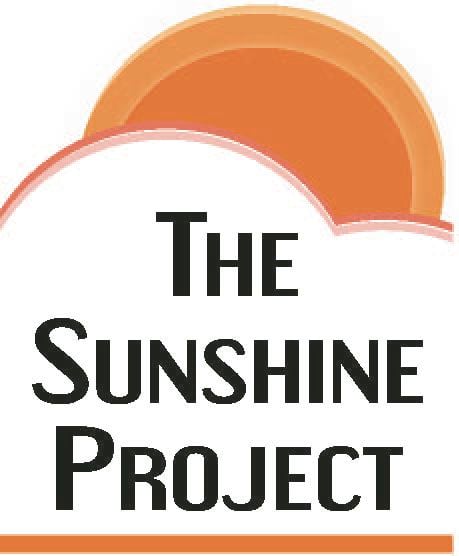 Will Perry, 18, of Gilford, works on his car, handed down from his older brother. He found his calling – to be a diesel mechanic – through the automotive technology program at the Huot Technical Center at Laconia High School, and says the program changed his life.

GILFORD – Will Perry just turned 18, but he’s amassed wisdom beyond his years – mostly because he did an about-face in high school, when he was using drugs and dodging class.

Now he is embarking on a new journey – one that capitalizes on a passion discovered in childhood, thanks to his grandfather.  After graduating high school – defying the expectations of many people who knew him – Perry is en route to a promising career he might not have found if he had to navigate solo.

“When I was 10, I fell in love with cars. My Pop-Pop had lot of cars around. He’d work on them and fix them up and sell them. The ones he adored, he’d keep,” Perry said. “He’d have me hold a flashlight. I just loved what he was doing.”

“With cars, there’s so much you can learn about.  I’ve always loved taking things apart and putting them together. I like to see things go from broken to perfect condition.”

That, some would argue, is a metaphor for Perry’s life.

At a time when his world had spun dangerously out of control, automotive technology classes at the Huot Technical Education Center put him on a positive track.

For many young people, technical and career education classes during high school become keys to self-discovery, newfound confidence and self-respect. They can provide pathways to rewarding and stable careers with income that many college graduates would jump at. Although high school enrollment statewide is declining, technical program enrollment is climbing, according to the New Hampshire Department of Education.

“There’s a huge swatch of students” who aren’t motivated or well-suited to traditional academics or high school, said Eric Frauwirth, administrator of the state education department’s Bureau of Career Development. “There are all these students out there that are struggling through high school, and career and technical education is their way to get there.”

“If you’re looking for a new start, if you come here, you’re starting with a new slate,” said David Warrender, director of the Huot Technical Center, which offers high school classes in a dozen different technical tracks. “It’s a brand new start for everyone kid who comes through. Even kids who go off in other career paths feel like they got something out of this. It’s remarkable the impact we’re able to have on kids we’re only able to have for 90 minutes a day for two years.”

Career exploration options do more than give displaced, uninvested or foundering teens a goal and the means to get there.  They provide all students – including the academically inclined and professionally motivated – a chance to test professions and acquire early, useful skills – which enable them to work in their subject area while attending college or advanced technical training.  For the cost and time involved, it’s a win-win for teens, cost-conscious parents, and employers desperately looking to fill entry-level jobs.

For Perry, the hobby of tinkering with cars will morph into a well-paid, sought-after trade. Outside his garage in Gilford, in the late afternoon sun, he points to the nearly spotless front end of the 2007 Honda Fit handed down from his older brother. “This thing was in pretty bad condition,” he said.

Last November, he crashed the car into a steel pole.  It’s not often that a 17-year-old boy drives home an automobile damaged in a collision and incrementally repairs it without requiring insurance to cover a professional fix. His automotive tech teacher at the Huot Center, adjacent to Laconia High School, gave him the tools and knowledge required.

The program gave him a reason to switch gears, and he’s now much further away from where started during his freshman and sophomore years: “My whole life I didn’t really like school. I didn’t care about high school or the people around me. I was failing every class and had plans to drop out. I kind of figured I’d end up in jail. Around the middle and end of sophomore year I was still hanging around with the wrong people in the wrong friend group,” Perry said. He said he got suspended from school for two years for fighting and substance abuse, and narrowly escaped prosecution when criminal charges against him were suddenly dropped.

He was moved into an alternative high school program which allowed him to complete required classes online without disrupting others. Through the CORE program, he did two hours of required community service after school. That made him conscious of his impact on others, he said, and more forgiving of himself. He worked at the food pantries at Lakes Region Vineyard Church and St. Vincent de Paul, and delivered mail to the residents of Belknap County Nursing Home.

“It was definitely a very humbling experience, to learn how the actions I’d done can affect other people, and how forgiving people can be when I did the wrongest things. Before, I didn’t care how people felt. If someone was needing help, I wouldn’t give them the time of day.” Community service healed his anger and guilt.  He applied to the Huot Center at the end of his sophomore year, and the automotive technology program became the clear path to a goal that tapped his interests and talents and helped him change to who he wanted to be.

During his two years of classes at the tech center, which serves students from districts throughout the Lakes Region, he grew to admire the particular advantages of diesel engines, “the simplicity of them, the fuel efficiency, and how much more they can push.” He soaked up his class material – presented in 90 minutes each day – and relished learning the minute aspects of engine construction. “I could go every day and learn a new thing.”

Early this month, he got his diploma – something his family never thought would he would earn “I just dropped my mom off for surgery at noon. She let me know how happy she is,” Perry said the day before Gilford High graduation ceremonies at Gunstock.

“Nobody I spoke to thought I was going to do it.  Even I didn’t think I could do it.  I’m definitely proud of myself.  This year and a half, I buckled down and tried my hardest.”

He credits his trajectory to the influence of Lisa Diggins, a teacher’s aide who became his automotive instructor, who had majored in diesel repair at a technical college in Massachusetts. “Hands down she was one of the most helpful of anybody who gave me guidance.”

“There’s nobody going into the trades,” Perry said. “All these people are retiring.  Anyone filling their spots is starting out with great money and a lot of work. Being in automotive, you get a taste of every trade.”

This summer, he’s applying for entry jobs at auto repair shops that service Audi, BMW, Volkswagen and Mercedes vehicles because of the volume of diesel engines they work on, and the experience he’d acquire, which he eventually hopes to apply to repairing trucks and large engines.

During his downtime he works on a ’99 Jeep Cherokee in his garage at home  – he put in a full exhaust system, new wires and a radiator – and the 2007 Honda FIT, the standard-shift auto passed down from his brother –  repairing the brakes and installing a new oxygen sensor and nine inner and outer tire rods.

“A fair amount of wiring got messed up in the crash,” he said. “But it’s fixed now.”

Today, he encourages troubled and disillusioned teens to focus on graduating high school. “Even if it does get bad, a situation can be turned around quicker than you know," he said. "It’s never too late to turn around the situation you’re in.”

State and region's child-protection numbers are good, but...

ACERT: Getting help for traumatized kids