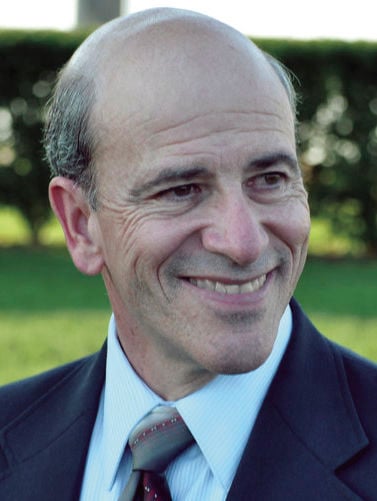 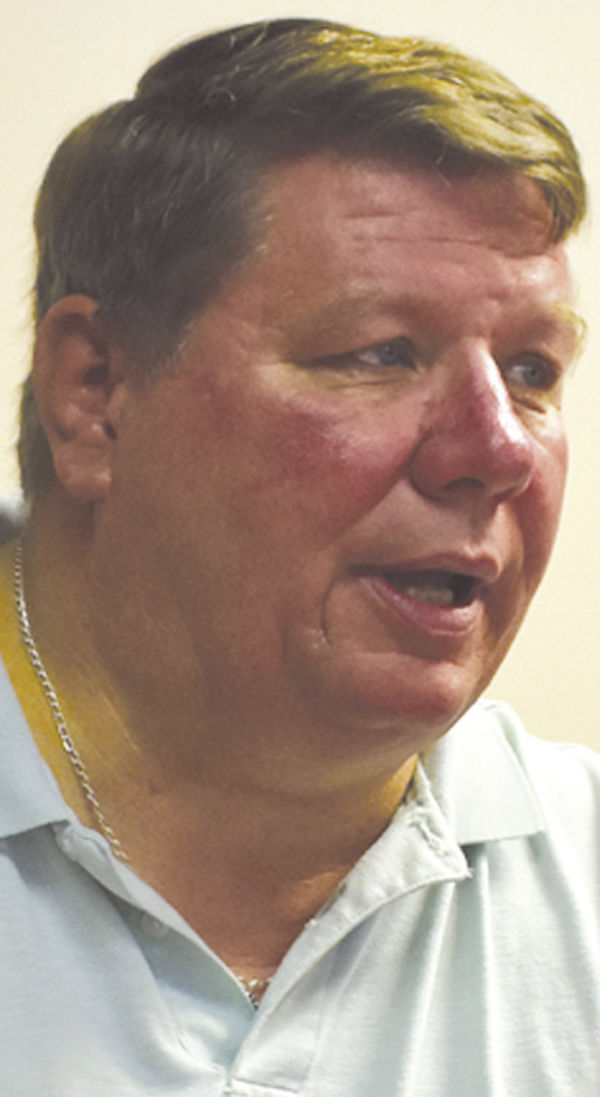 “We can’t live our lives on printed money and alcohol,” said DeVoy, who runs convenience stores/gas stations in Gilford and Barnstead. “My beer sales are way up. People are drinking a lot of beer and alcohol. We need to bring people back to work. Youngsters are home on social media and they need to go back to regular life.”

DeVoy said he understands the pandemic poses serious health risks and precautions must be taken, but he contends there was overreach in the length of the closures and the way some businesses were allowed to stay open while others had to close.

His businesses stayed open, but he said he feels for those who had to close.

"I couldn't imagine the government telling me everything I worked for I had to give up," he said.

Giuda, who is seeking his third term, is on a task force for reopening the economy. He said nobody has pushed harder for appropriate lifting of restrictions put in place to curtail the spread of the virus.

Giuda said the single biggest sector hurt by the restrictions was the restaurant industry and that he pushed for an early opening.

He said Sununu has done all he can do to manage the situation.

“It’s easy to take shots when you’re not in the middle of the firestorm,” said Giuda, whose 2nd Senate District reaches into Belknap, Grafton and Merrimack counties.

Seeking DeVoy’s  position on the county commission is Republican State Rep. Peter Spanos, who doesn’t have a primary opponent. Laconia Planning Board Chairman Peter Brunette is alone on the Democratic side for the District 1 commission seat, which represents Laconia, New Hampton and Sanbornton. The General Election is Nov. 3.

“The position of Belknap County Commissioner carries with it the responsibility for drafting a county budget to be presented to the Belknap delegation for approval,” Spanos said in an email.

He is not seeking re-election as a state representative. Most of the other incumbents on the largely Republican county legislative delegation are running again.

“As a current three-term member of the N.H. House of Representatives and a six-year member of the House Finance Committee, I have been involved with the composition of three state budgets. This provides me with the experience necessary to serve as county commissioner here in Belknap.

“Having also worked closely with my fellow colleagues on the delegation as well as our present county commissioners, I have been a voice of reason and closely involved with the crafting of six county budgets, all complete, balanced, and never in excess of actual revenue.

“Owing to the challenges presented by the pandemic and what it portends for next year’s county revenue, the 2021 budget creation is likely to be especially daunting. I have the requisite experience to meet these challenges head-on as well as the advantage of having familiarity with incumbent commissioners (Glen) Waring and (Hunter) Taylor and returning members of the delegation next term.”

Brunette said he’s long been interested in county affairs and wants to examine operations of the community corrections facility.

“I am interested in when the last audit was done,” he said. “I need to get up to speed as to how the administration is going and what their needs are.”

He said his role as chairman of the city Planning Board is compatible with serving on the county commission and that, if elected, he would hold down both positions.

Belknap County Chief Sheriff’s Deputy David Perkins had considered but ultimately rejected running for the post. He has been on paid administrative leave since Jan. 14 and intends to retire effective June 19.

Perkins was the subject of three personnel investigations after raising questions about the integrity of the Sheriff's Department's Drug Task Force, which is led by Wright. An attorney for Perkins said Perkins was a target of harassment and retaliation by the Sheriff’s Department.

On his Facebook page, Perkins said he is proud of his career.

“I am secure in the belief that the truth of the very publicized situation will unfold, and the people responsible for creating the turmoil of the last 5 months will be held accountable for their actions,” he said. “It is with mixed emotions that I have decided not to run for the position of Sheriff. While I would have held that position with the same honesty and dedication to the law as I have always upheld, the extreme stress my family has been subjected to publicly, and needlessly, has forced me to reconsider.

“I was honored to be offered a full time position with a highly respected New Hampshire based global company, and I am excited to take this step in a new career path.”