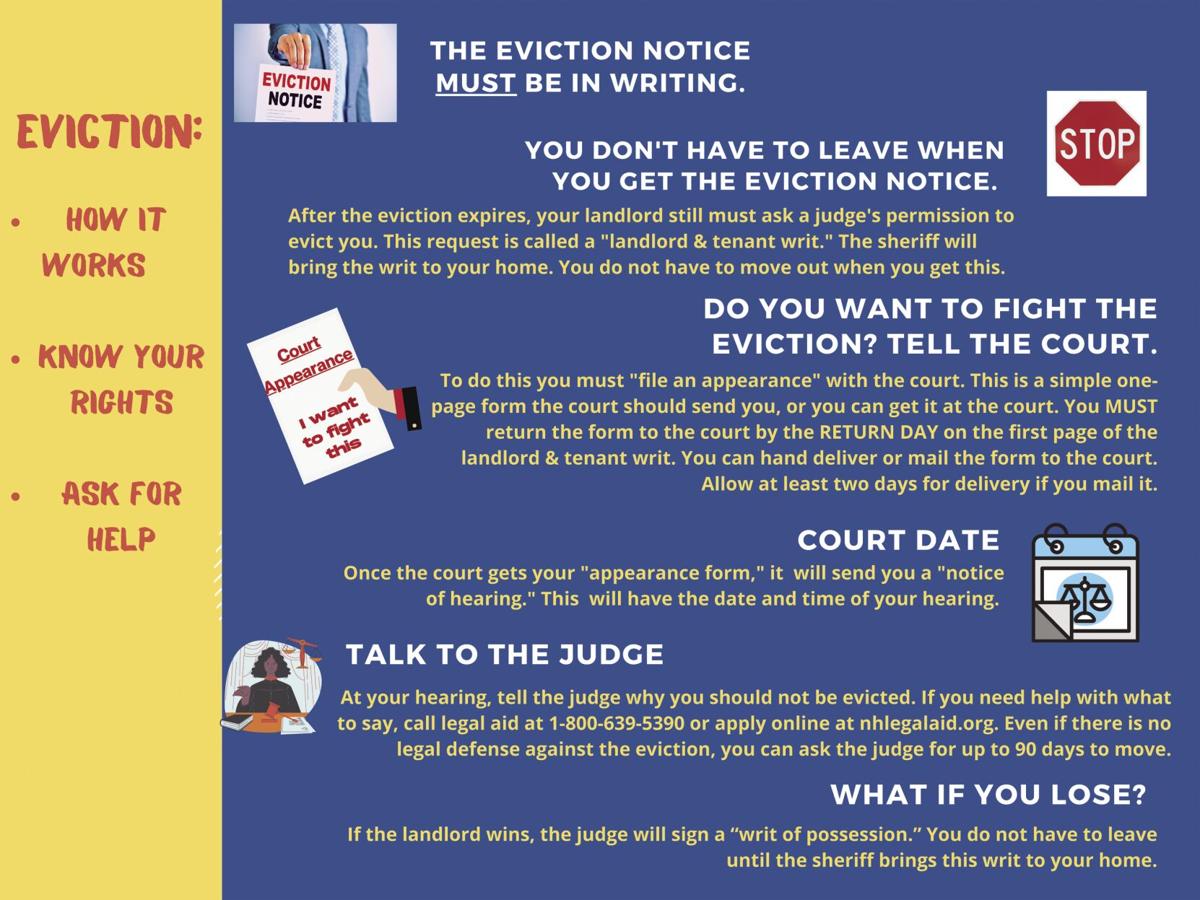 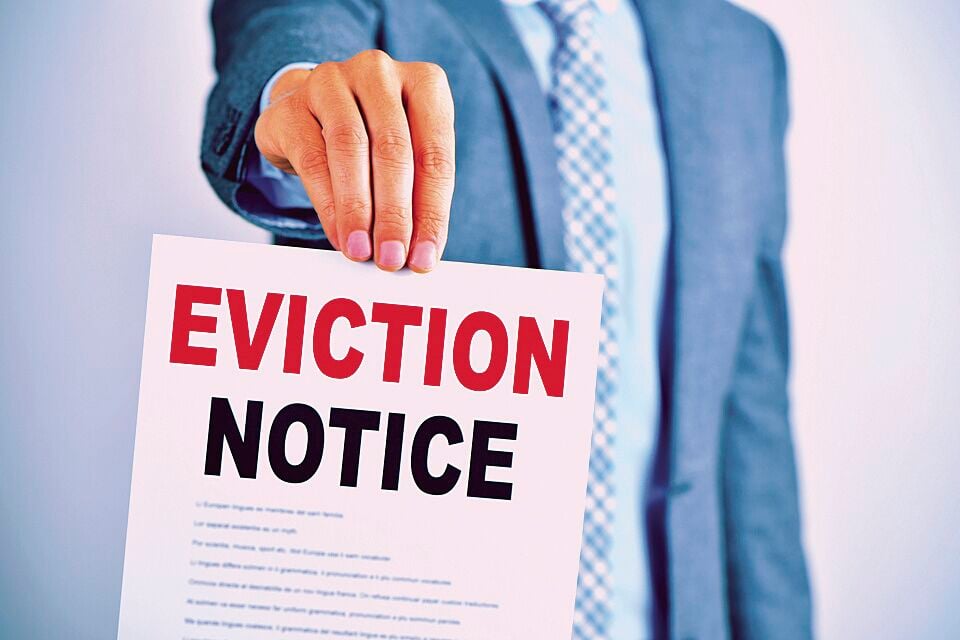 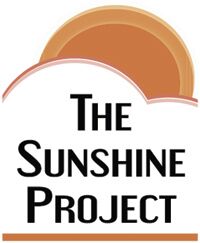 TILTON­­­ — When Heidi Ober moved into a rooming house downtown, she had no idea that the live-in property manager was not depositing the cash that tenants paid for rent.

Then there was the building itself. There were problems with light switches. Toilets leaked. No heat came from the new boiler because of faulty wiring – all problems the on-site property manager failed to report to the off-site landlord.

Ober, like many disgruntled renters who do not believe they should pay rent when basic services aren’t provided, withheld rent for the room she and her fiancé occupied. The first notice of eviction came in November, followed by another last month that gave them seven days to vacate.

There was a problem, however – a flaw that saved them from becoming homeless. The eviction notices were illegal or improperly filled out – one had the wrong building address – which made them unenforceable, a fact Ober never would have known if she had not consulted NH Legal Assistance and LARC, the Legal Advice and Referral Center.

Another point of law prevented Ober from losing her residence: because she had lived in the rooming house for more than 90 days, she had all the rights of a legal apartment dweller, which meant she couldn’t be evicted without a court decision.

“You should know what your rights are,” said Ober. “Don’t be afraid to reach out to them. They’ll help you every step of the way.”

Today Ober is especially grateful. Her self-advocacy and request for free legal advice earned her an appointment as the building’s new property manager, with free or reduced rent, while the landlord renovates sections of the building where no one lives. At that point, Ober hopes to move into an upgraded unit with bedrooms for her two children.

“I kept my ground. I was not letting (the property manager) harass me or make me feel belittled,” said Ober. “I have my rights and I’m not going to be bullied.”

At a time when housing stability is in jeopardy for many low-income renters who have lost jobs during COVID-19 and have depended on stimulus checks, unemployment insurance or less certain means of support, knowledge about tenant rights is a valuable asset.

“For the folks that call us, we help them buy time, because time is crucial,” said Steven McGilvary, a paralegal at the Legal Advice and Referral Center in Concord (LARC), a nonprofit law firm and first line of defense for many low-income renters facing eviction. Calls from renters facing orders to vacate for nonpayment of rent have been steady for the last three months, he said. Roughly 30 to 40 percent call after an unsuccessful hearing. Among the public, regardless of income or education, when it comes to evictions, “There’s not much knowledge at all," he said. "It’s a mysterious process.”

Among the 25 to 40 people who call LARC daily with housing security and eviction questions, some have good jobs and college educations, he said; others have cognitive disabilities caused by age-related illnesses. For most, the legal terms and document names are brand new.

“Sometimes the landlord’s attorney doesn’t know the process. We help clients through it” with free legal advice, he said. When necessary, LARC also intervenes with the courts, town officials or police. “By the time you’re reading that eviction notice, you’re convinced you have no option other than to leave your apartment when that notice expires," McGilvary said. "That’s not the case."

Last week, by executive order of President Joseph Biden, the Centers for Disease Control extended its moratorium on evictions. The prohibition that was poised to expire January 31 now runs through the end of March – with the possibility of an extension through September, pending approval the of Congress, according to New Hampshire Legal Assistance, which receives grants to help lower-income renters in danger of losing a place to live.

The stay on evictions does not mean that tenants who qualify for rent protection will not owe their back rent. They are required to pay the difference between the federal subsidies paid to their landlord, and the accrued monthly rent in their lease, unless their landlord has agreed to reduce their rent. The moratorium simply means the county sheriff cannot legally remove qualified renters from their homes.

And the moratorium protections aren’t automatic: Renters must earn $99,000 a year or less, and print out the online declaration form on the CDC’s website, fill it out and deliver it to their landlords. And they must meet other requirements, such as seeking assistance from CAP or their town welfare department. Without that, the moratorium protections don’t apply. And they don’t pertain to renters who have lost income for reasons other than the coronavirus.

During the COVID-19 pandemic, knowledge of confusing and sometimes inscrutable rights, court procedures, forms and legalese can be valuable armor for housing preservation.

Stable housing and the pandemic

Secure housing has been shown by economic and public health research to reduce the risk of spreading the coronavirus and its variants. According to a January report from the National Bureau of Economic Research, both evictions and utility disconnections have the effect of decreasing a person’s ability to practice social distancing and safe hygiene. NBER found that policies limiting evictions reduced COVID infection and death rates by 3.8  and 11 percent respectively, and moratoriums on utility disconnections dropped infection rates by 4.4 percent and deaths by 7.4 percent in studies nationwide.

NBER, through statistical modeling, estimated that if moratoriums had been in place across the country from March through November 2020, the policies could have reduced COVID-19 infections by 14.2 percent and deaths by roughly 40.7 percent.

For Ober, maintaining her current home is a question of personal safety, security and being able to live with her children.

“I was not letting my guard down. I was not letting my feet out of the cement that I built,” she said. Now she has better communication with her landlord, and more timely responses, “Everything is going smoothly,” said Ober, who eventually hopes to occupy a 4-bedroom apartment in the same building, with space for her two kids, who have disabilities and are temporarily living with relatives.

“I wasn’t going to have my kids homeless and me homeless,” Ober said. “If anyone was going to live in a car, it was going to be me. People cannot be afraid to reach out to legal assistance.”

The public’s understanding of landlord and tenant law has been put to a stress test during COVID.

There’s a definite sequence to court filings and forms, and often meanings and implications are unclear, which leads to misunderstanding and lack of awareness on both sides, said Elliott Berry, co-director of the Housing Justice Project at NH Legal Assistance. There’s been a increasing movement of people trying to represent themselves in court, he said, which doesn’t always yield successful results. And landlords sometimes use renovation as an excuse to remove tenants.

“I think it’s difficult for landlords and tenants,” said Berry, “and more difficult during the pandemic when the vast number of evictions are being done telephonically. For people who don’t have experience with the legal system, it’s hard to know what do to.”

The first step is to contact the Legal Advice and Referral Center (LARC) – the initial contact for consumers. It's a ready source of advice and explanation of the process and documents for tenants at or below 200 percent of poverty level in their counties – a threshold that also varies according to income and the number of people in the home.  Then next step is to reach out to NHLA, which can sometimes help people who may be slightly above LARC’s income cutoff.

“COVID has caused an increased amount of suffering”- especially for low-income people, Berry said. Overall, the social services required have remained the same, he said, but the degree of need has become more extreme.

The state’s community action programs have distributed money from the initial federal CARES Act, and NH has used approximately $13.5 million of the $20 million it received, which has been channeled through the state’s community action programs as payments to landlords. Since then, the state has received another $200 million, which will offer more funds to landlords weathering shortfalls. Applications are being accepted, but none of the money has been distributed yet, said Berry. CAP is expected to handle the process.

When a tenant gets an eviction notice for nonpayment of rent and CAP can’t provide help, they should apply for financial assistance through their town welfare department, said Berry.

And they should contact LARC or New Hampshire Legal Assistance as soon as possible, even if they’ve lost an eviction proceeding. Both LARC and NHLA have income requirements, but NHLA may be more flexible, depending on individual circumstances.

Affordable housing is in short supply across the state, and having an eviction history can taint one’s ability to secure a safe place. NH’s percentage of available housing recently hovered at around 1.7 percent; a healthy vacancy rate is considered 5 percent, according to housing experts.

“Vacancies aren’t being created at the rate they used to be,” Berry said. “For low income people, finding an affordable unit has always been difficult. Now it’s more difficult than ever.

“Even when tenants know their rights, for those who need to find a new place to live, they’re panicked with good reason," Berry said. COVID has slowed the frequency of household relocations. Because of health, safety and financial uncertainties and eviction moratoriums, fewer units are changing hands, Berry said.

Berry is also concerned about what happens when the moratoriums end, and rent comes due from lower-income residents who still can't afford to pay. “We’re going to be in a terrible mess unless people take maximum advantage” of the latest round COVID relief to the state.  People who fell behind for reasons other than COVID won't be eligible for assistance, "and that remains a big problem," he said.

To attend the free online eviction clinics hosted by NHLA and LARC every Wednesday through the end of February, go to NHLA.org for the Zoom link.  For personal help and eviction questions, call New Hampshire Legal Aid at 1-800-639-5290.

How one outreach worker prevents homelessness and despair

PLYMOUTH – Trish Murphy tackles life’s biggest variables in her role as a finder of missing pieces.

good thing the drug dens don't read the newspaper. They've not been paying rent since last year, just letting it ride on the backs of the evil landlords who have to put up their own capital, pay all the expenses associated. People all just looking for a free ride, let's hope these people move on back to Massachusetts so those who want to maintain their honor can remain here. Also, pay your da mn rent.

Omg u are hysterical! You want it both ways don’t you Robin of the Alphabet- lol. I love sending ur stuff over to people- so they can see how unhinged u r.