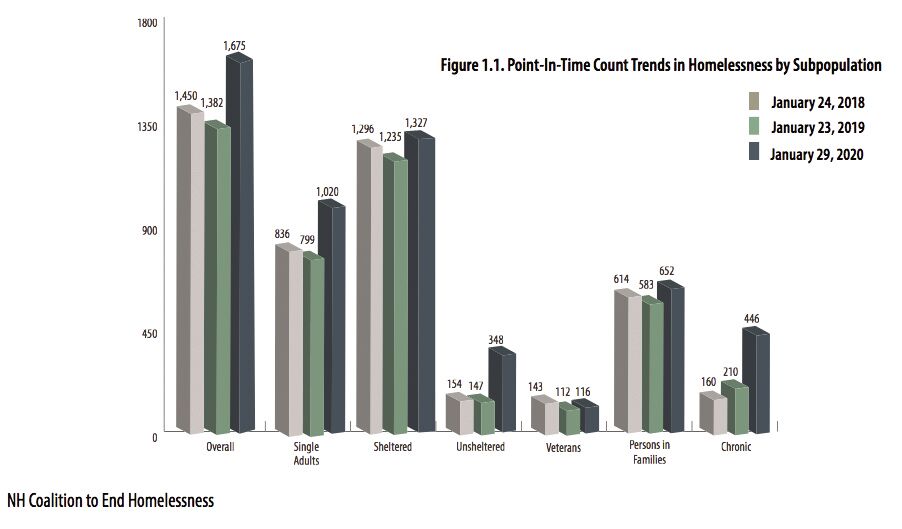 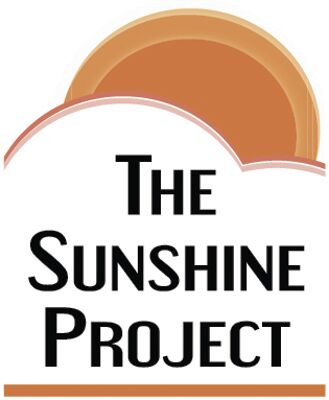 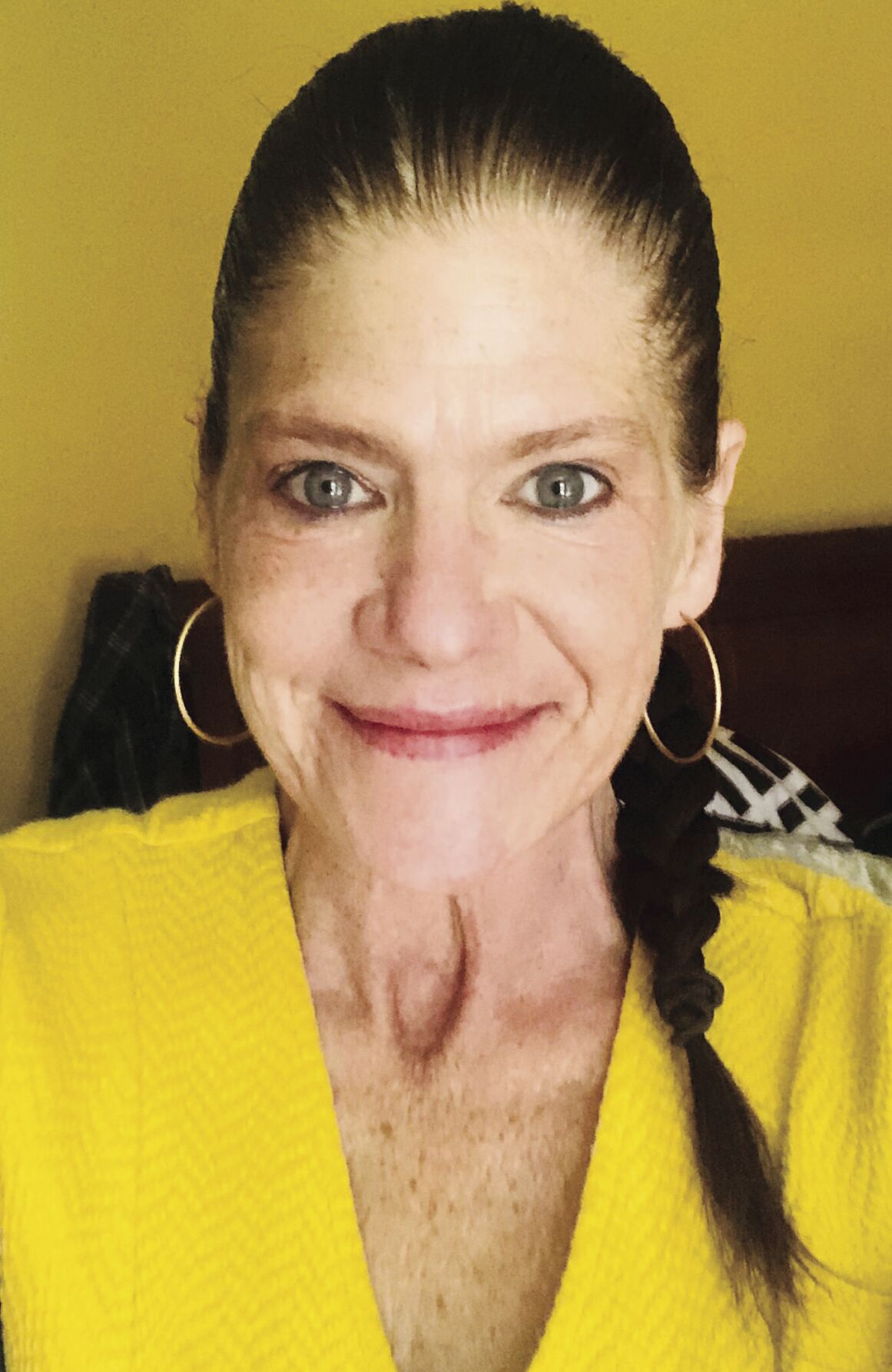 PLYMOUTH – Trish Murphy tackles life’s biggest variables in her role as a finder of missing pieces.

As a homelessness prevention coordinator for Bridge House, a shelter that serves homeless veterans in Grafton County, Murphy steps in with financial assistance and connections for people who are one rent check away from being evicted, or one car repair away from losing a job that requires them to drive to work – a necessity for almost every type of employment in rural parts of the state.

Sometimes her interventions include connecting her clients to English lessons, a ride to doctors’ appointments, parenting classes via Zoom, lessons on budgeting and finance, childcare that is local and affordable, and group shopping trips with others in similar straits. Not all of her customers are veterans.

“They thank me, and sometimes call me their guardian angel,” said Murphy, whose days are a marathon of networking, providing missing pieces to broken lives, and interceding with landlords. She also gets involved in the criminal justice system, helping people who have served jail time, including for drugs or driving under the influence.

Sometimes their homelessness results from a restraining order against a partner or spouse, or a cascade of misfortunes that have stymied their ability to pay rent.  Drugs or alcohol misuse are common denominators – but not for everyone.

“Preventing homelessness, that’s my job. It’s an honor to do it. I feel privileged and blessed,” said Murphy. “Most of these people have a difficult time trusting and letting you in.”

At a time when housing costs in the Lakes Region and throughout the state are rising much faster than wages, and the stock of affordable homes is shrinking relative to swelling demand, Murphy’s rescue measures are more than a godsend. They’re significant cost-savers – especially for cash-strapped towns with a desire to tackle homelessness by preventing it from occurring.

Murphy helps people avoid what can become a perpetual sinkhole or revolving door of homelessness by accessing ready money to pay for one or two month’s rent, typically $1,000, occasionally as much as $2,500. That might be enough to sidestep eviction, pay for car repairs or tires and a vehicle inspection sticker, or provide necessary medical care and enable someone to find a steady job – even during the chaos of COVID.

The cost to Bridge House, Murphy’s employer, is her salary plus benefits, which amount to roughly $52,000 a year –  a bargain compared to the price of resettling and supporting an individual or family who has lost their home. Last year, her position was funded by a grant from the state.

Homelessness “is much more expensive” to fix. “We’ve decided that our money and energy should go into keeping people in housing,” said Cathy Bentwood, director of Bridge House. “At-risk families have a lot of challenges, very often including alcoholism and drug use,” and the most reliable and supportive influence for their children is school. “When a family comes to the shelter, kids are dislocated,” including from positive places, role models, and social connections that have become compasses and anchors.

Intervening with one-time, stopgap support beforehand – and linking people to the right services – preserves education and social stability, especially when emergency shelters have limited space. Targeted, individually-tailored prevention avoids the long-term costs of supportive services, housing in motels, food and meals out, and the financial investment involved in securing permanent housing (including security deposits and costs for starting internet, fuel and electrical services) – in homes and apartments that may not be affordable when they are found.

“Eviction prevention is a solution that has long term positive social impact and is a highly cost-effective measure in the long run,” Savard said.

Murphy’s clients are referred by town welfare departments, churches, landlords, police and the court system, and most know little about where to turn in a crisis – especially when multiple personal and financial problems are intertwined like fast-growing vines, creating an intimidating question of where to start.

“The bigger the crisis, that’s generally the calls I get,” said Murphy, who worked in criminal justice for almost 20 years before transitioning to social services. She received a 2017 Home Matters Award from Housing Action New Hampshire, a policy advocate, for serving people on the brink of losing their homes, or rebounding from the aftermath.

Murphy said calls for help paying for rent, utilities, medical care, and transportation have soared in the last few months because of COVID, which has exacerbated underlying issues, including substance abuse, for many low-income families.

“Families now are super distressed” in ways and degrees she said she hasn’t seen since 2015, when she started this job. “People are confused, scared and angry. They don’t know whether they’re coming or going.”

Stimulus checks, a welcome band-aid, help in the short-term, she said. “For a while they don’t have to pay their rent. But rent is accruing, and eventually, they’re going to be kicked out. They know at the end of the day, they’re still going to be homeless,” Murphy said. People are living with friends and relatives, or in trucks or cars. Vehicles and relationships are breaking down.

The problem has increased astronomically in the last year and since COVID, both nationwide and in New Hampshire, where the number of homeless people rose by 21 percent between January 2019 and January 2020, with the biggest increase coming among single adults. Because of difficulties counting people without permanent homes, the actual tally is likely much higher, according the NH Coalition to End Homelessness.

Last January, data collected during a 24-hour period known as the annual Point-in-Time count showed a 112 percent increase from 2019 in the state’s chronically homeless population, which accounts for people with disabilities who have been homeless for long periods of time. And that doesn’t includes displacements resulting from COVID, which will impact the numbers later this month when another point-in-time count is done on Jan. 27.

Nationwide, more people live unsheltered in rural areas than in urban or suburban locations, according to 2019 data from the Department of Housing and Urban Development.

And although homelessness is often considered an urban issue – with Manchester having the largest per-capita homeless population statewide – nearly 60 percent of New Hampshire’s unsheltered residents live in rural areas and small towns – places with significantly fewer resources to help them. Against this backdrop, which is exacerbated by the shortage of affordable housing across the state, preventing homelessness remains critical – an alternative that is both lifesaving and budget-conscious.

“Given the COVID pandemic, we’re seeing a lot more people access our services, based on the impact on the family,” said Jeanne Agri, director of Belknap-Merrimack Community Action Program, which serves greater Concord and the Lakes Region. Since COVID, there has been a jump in requests for rent, utility and fuel assistance, and an increase in families who are unable to meet basic living expenses, including for their homes, according to social service providers.

Murphy maintains a mental bulletin board of all the names and stories of the people she’s helped, a surprisingly wide array. A virtual trophy chest contains the names those who are now successful on their own, supporting themselves and their children, and living substance-free – people who often defy  stereotypes.

Some of Murphy’s surprising successes have been single dads in their early thirties who are now drug-free and working, supporting two or three young children, and living in subsidized housing after the children’s drug-addicted mothers abandoned them. One father routinely picks his kids up from school to do robotics and after-school activities, Murphy said.

Murphy said game-changing help often involves  providing one or two month’s rent that is optional to pay back, and “hooking them up to as many relatable things as they need.” That may include mental health counseling, substance abuse treatment, parent education, coaching in resume writing, finding job openings within a reasonable commute, and enrolling them in courses that will lead to a GED, or high school equivalency diploma. Because many have lost their driver’s licenses, they carpool to shop for essentials, and sometimes barter transportation for childcare. Murphy works out expeditious ways to accomplish things in small groups. She recently drove several clients to the NH Department of Motor Vehicles office in Twin Mountain to get non-driver IDs, which are essential for employment and benefits. It was more efficient than going to Concord, she said.

“There are so many things for each family,” Murphy said. “I try to hook them together for wraparound support.”

The resulting connections continue to surprise her, and include the formation of ad-hoc family ties. One newly-sheltered single father gave half of the holiday presents that had been donated to his children to another struggling single dad with kids.

Homelessness is harsher in winter

Murphy has the gratitude of those she has helped