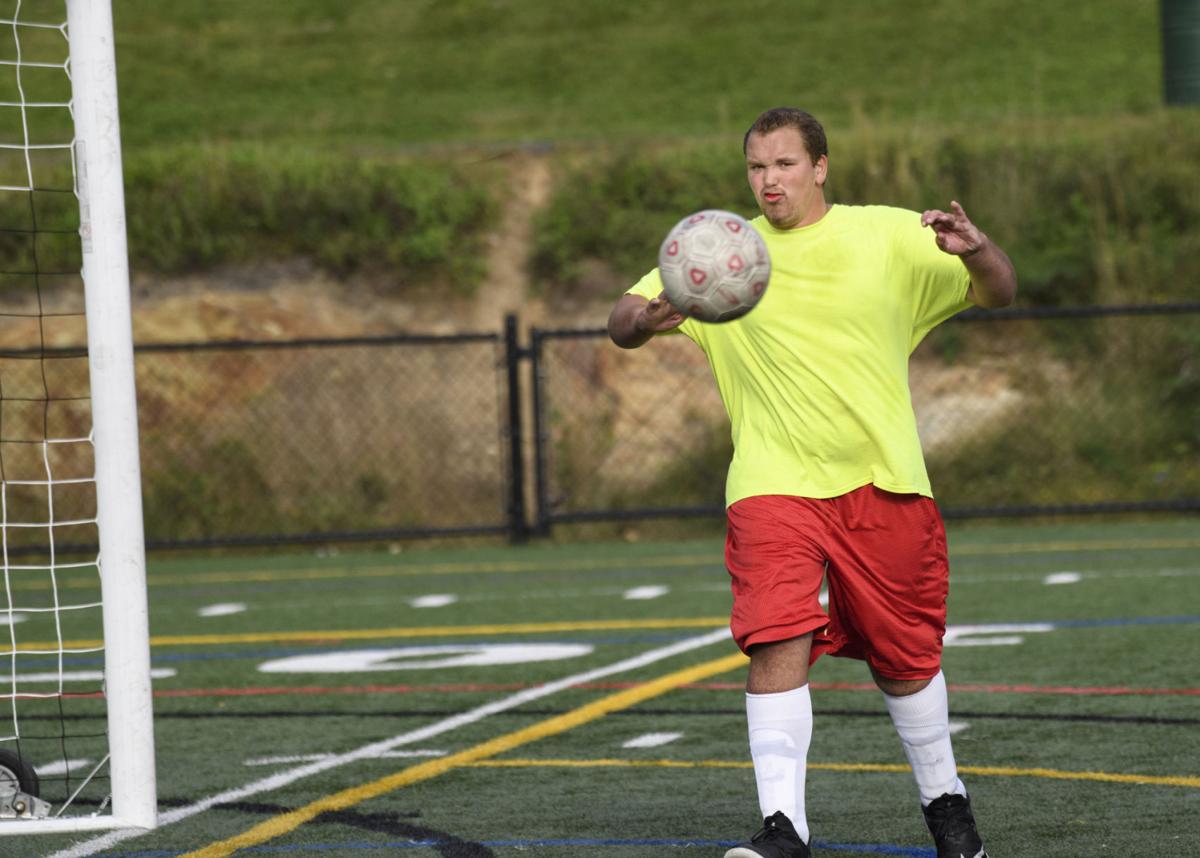 Shawn Marston, goalkeeper for the Laconia High School unified soccer team, passes the ball to a team mate during a game on Tuesday. (Alan MacRae for the Laconia Daily Sun) 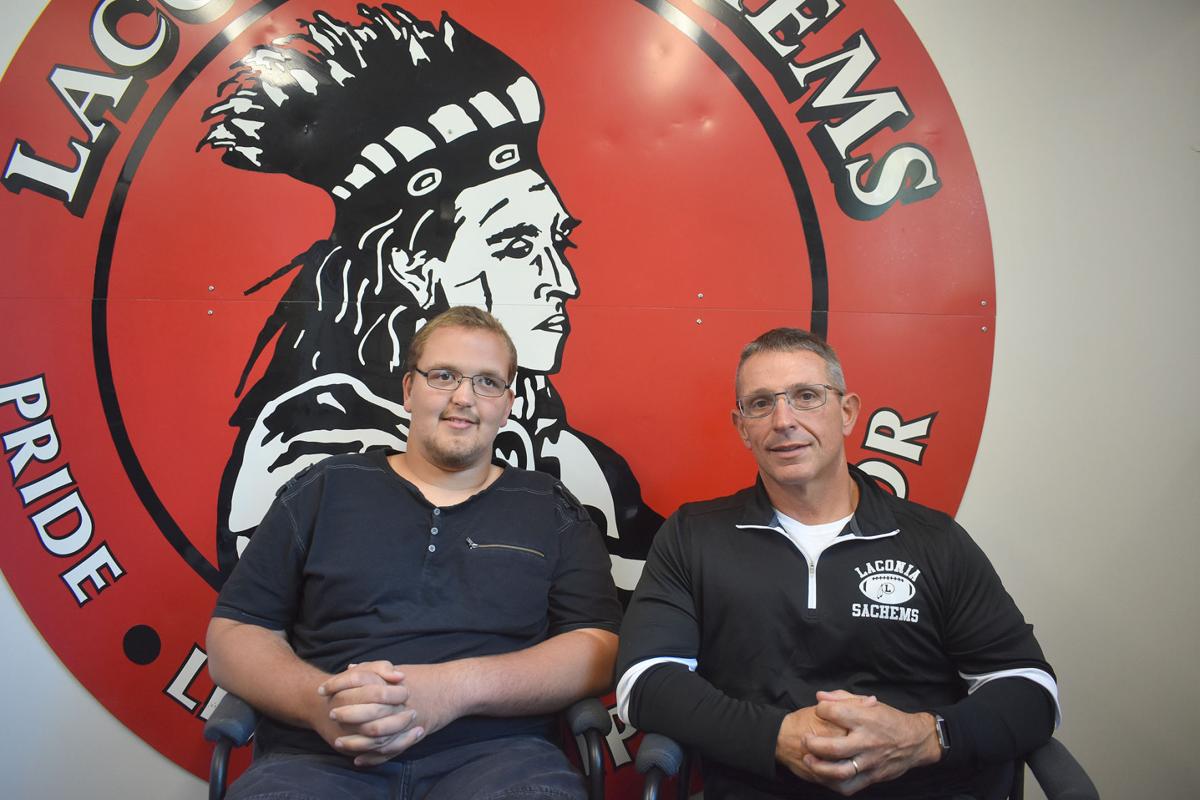 Shawn Marston, goalkeeper for the Laconia High School unified soccer team, passes the ball to a team mate during a game on Tuesday. (Alan MacRae for the Laconia Daily Sun)

LACONIA — Shawn Marston cuts a large profile as we walks the halls of Laconia High School, but his persona is even bigger. “Big Shawn,” as he is aptly called, is a gregarious character who hasn’t let his disabilities stop him from making friends in the school or on athletic fields. For that, he was recently honored with the Walter A. Smith Memorial Award, the first time the award has been given to a Laconia student.

The Walter A. Smith Award has been given by the New Hampshire Interscholastic Athletic Association since 1996 to recognize “individuals who have overcome special circumstances and contributed significantly and positively to interscholastic athletics.”

Marston, 20, is part of the special education program at LHS. He turns 21 in June and, according to state law, will not be able to attend the high school after this school year. When he leaves, his absence will be felt.

A Sachem since the 9th grade, Marston has made himself a fixture at school and at many athletic events. He plays on the school’s unified basketball, soccer and volleyball teams, as well as a new unified lacrosse program offered by a local youth league. He also assists the school’s trainer and is a manager for the football team.

“The football team is my family,” Marston said. Last year, he was honored by being selected as the water boy for the annual Children’s Hospital at Dartmouth football game, which pits the best players from New Hampshire against Vermont’s best.

Marston’s been known to make a splash on the playing field as well. He tends goal on the unified soccer team – recently limiting the opponent to a single goal in a 4-1 victory. And on the unified basketball team, the rangy Marston plays center and was the leading scorer last year.

“He’s competitive and loves to win more than anyone, but he accepts defeat so well. He’s often the voice of reason after a tough loss,” Kozens said, saying that his upbeat attitude is “contagious.”

Marston said that he tells his teammates, “We’re going to win the next game.”

Kozens said he has watched first-hand as the unified sports movement move from concept to reality. There are now unified teams – which pair athletes from the special education program with teammates from general education – for every season of the year. It’s athletes like Marston who exemplify why the unified programs have become so successful.

“Shawn is our top recruiter,” Kozens said. Last year, there were 24 members of the unified basketball team. “What unified has done is tied in all learning styles together,” he said. Of Marston, Kozens said, “he’s the glue that holds it all together.”

Kozens recalls one game in particular last year. The stands were packed with students, and every time Marston scored, the crowd chanted "Big Shawn! Big Shawn!"

"The gym was just booming," Kozens said, "it was a life-changing experience."

Our Neighbors: Kansas transplant finds a home, and a mission, in Laconia