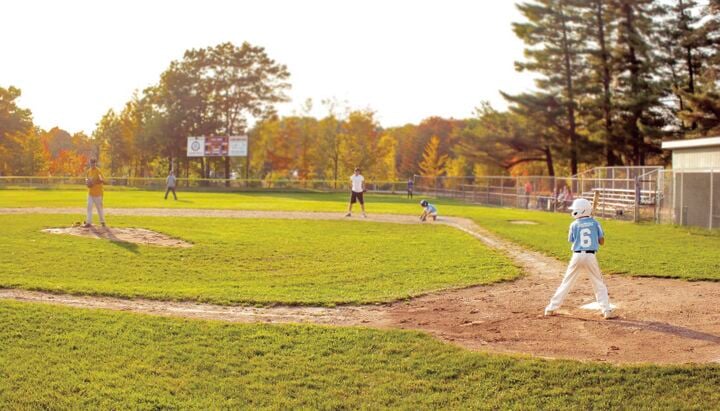 The Laconia Little League's traditional season-opening parade is scheduled for Saturday, April 24. League President Joe Dee said hopes are high that play will return to normal this season, after a 2020 season that was disrupted by the pandemic. (Courtesy photo/Laconia Little League Facebook page) 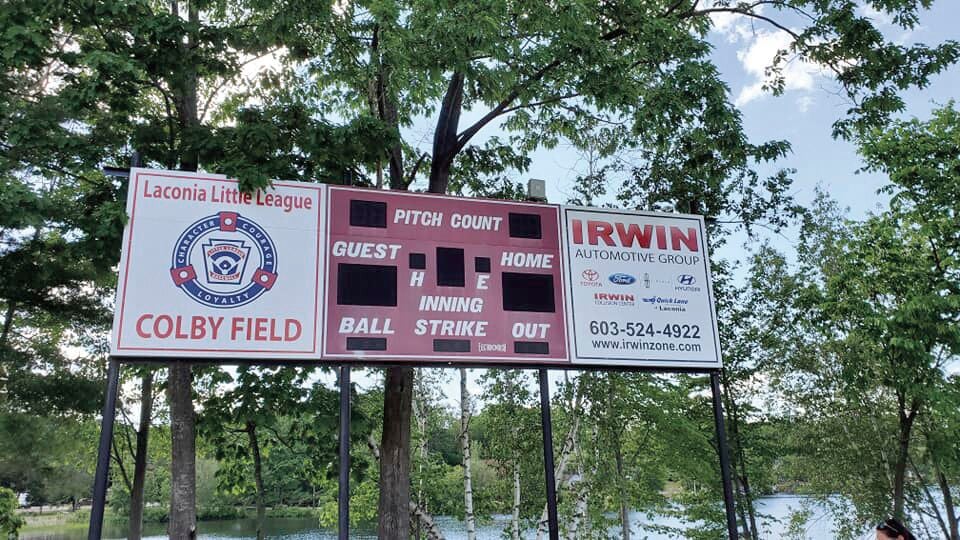 The Laconia Little League's traditional season-opening parade is scheduled for Saturday, April 24. League President Joe Dee said hopes are high that play will return to normal this season, after a 2020 season that was disrupted by the pandemic. (Courtesy photo/Laconia Little League Facebook page)

LACONIA — Laconia Little League is ready for a comeback season like never before.

You can add youth baseball to the list of things that suffered in 2020. Laconia Little League was able to put on a limited season, fielding its usual “minor” level teams and adopting a “major” team from Tilton-Northfield to play against one another. But there was no T-ball or coach-pitch developmental play, and the national Little League organization canceled any statewide or regional tournaments.

Joe Dee, president of Laconia Little League, said his organization is willing to follow any safety guidelines that the governor prescribes for outdoor sports, but he hopes the 2021 season looks a lot more like 2019 than 2020 – including with the parade and ceremonies that have traditionally marked the beginning of the city’s youth baseball season.

The Laconia Little League parade, featuring all of the players proudly wearing their crisp team uniforms, will step off from the Superior Courthouse on Court Street at 8 a.m. on Saturday, April 24, then head down Main Street to Opechee Park and Colby Field. There, at 9 a.m., the opening day ceremonies will include recognition of Jonathan Farmer, who was named “Mr. Laconia Little League” in 1993, and was killed in a suicide bombing in Syria while serving the U.S. Army in 2019. A scholarship has been created in his memory, and speakers to mark the occasion will include Brigadier Gen. (retired) Don Bolduc.

Dee said other distinguished guests will include representatives of the city’s emergency services and Superintendent of Schools Steve Tucker. Father Marc Drouin will give a blessing, the National Anthem will be performed, and Carter Jones, another “Mr. Laconia Little League” recipient, will toss the first pitch.

Dee said that, for many players, it might be their first opening day ceremonies.

“We didn’t have one last year, and the year before it got rained out two weekends in a row,” he said.

Numbers down, spirits up

Laconia Little League lost more than pomp and circumstance last year – with tryouts now over, Dee said  participation levels are significantly down. There were more than 220 players in the 2019, but the 2021 season will start with about 160 boys and girls on team rosters. That’s a drop of nearly 30%. Dee said that is “100%” due to the coronavirus pandemic.

The biggest drop in participation is in the fundamental skill levels, in the T-ball and coach-pitch divisions, which are for players ages 5-7. The numbers are low enough that those two divisions have been merged this year into one instructional division, with each batter having the choice of hitting off a tee or taking a cut at a ball pitched by a coach.

With tryouts now past, Dee said it’s too late to get onto a “major” division roster. However, there’s still time to get a player added to a “minor” team or to the instructional division.

“They can go on to the website (laconiall.org), reach out to myself or any board members on there, we will still allow signups. We have plenty of room to add kids in any division, reach out to a board member as soon as possible, we can register them right then and there. We will take registrations up to a week before opening day,” Dee said.

No player should have to miss out for lack of equipment, Dee added. The league has “bins and bins” of bats, gloves, cleats and pants, in all sizes. “If anyone needs anything, we have the means to provide that to them.”

Multiple adaptations were necessary last year. Those included wearing masks whenever in close proximity to another player or coach, taking player temperatures before games, hand sanitizers in the dugouts, and complicated baseball logistics so that the virus wouldn’t transfer from one team to another by way of leather and stitches.

Dee said he expects a revised set of guidance to be issued by Gov. Chris Sununu sometime between now and opening day. “Whatever the state guidelines are for outdoor recreational sports, we will follow them to a T… We’ll follow that, whatever we have to do, so we can play and keep everyone safe.”

This will be Dee’s final year as president of Laconia Little League, and he said he’s hoping to go out with a bang. Two years ago, Laconia’s 10-year-old All-Star team made a splash in the state tournament, and he expects they will go even further as 12-year-olds. They should get plenty of hometown support, as Laconia is hosting the state tournament in late July.

“Hopefully we can play past the states to the nationals, and play a little bit on ESPN,” Dee said. “This team has the capability of getting there.”

LACONIA — Preparations are underway for the return of summer baseball in the Lakes Region for the 2021 season. Part of that planning is findin…

The owners of Isaiah 61 Cafe in Laconia propose to open a low-barrier shelter to help homeless people in the winter. What do you think of the idea? Click here to answer