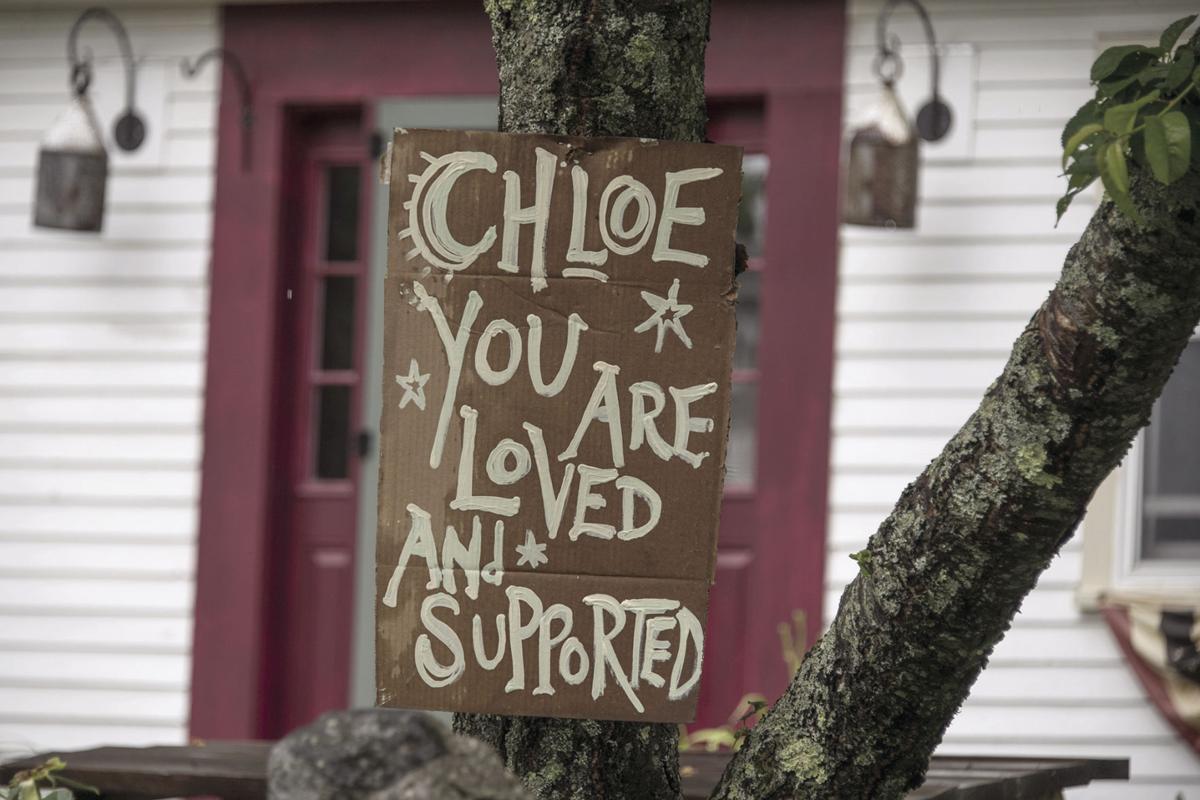 Community support is reflected in signs like this one in front of homes along Belknap Mountain Road in Gilford on Tuesday. (Karen Bobotas photo/for The Laconia Daily Sun) 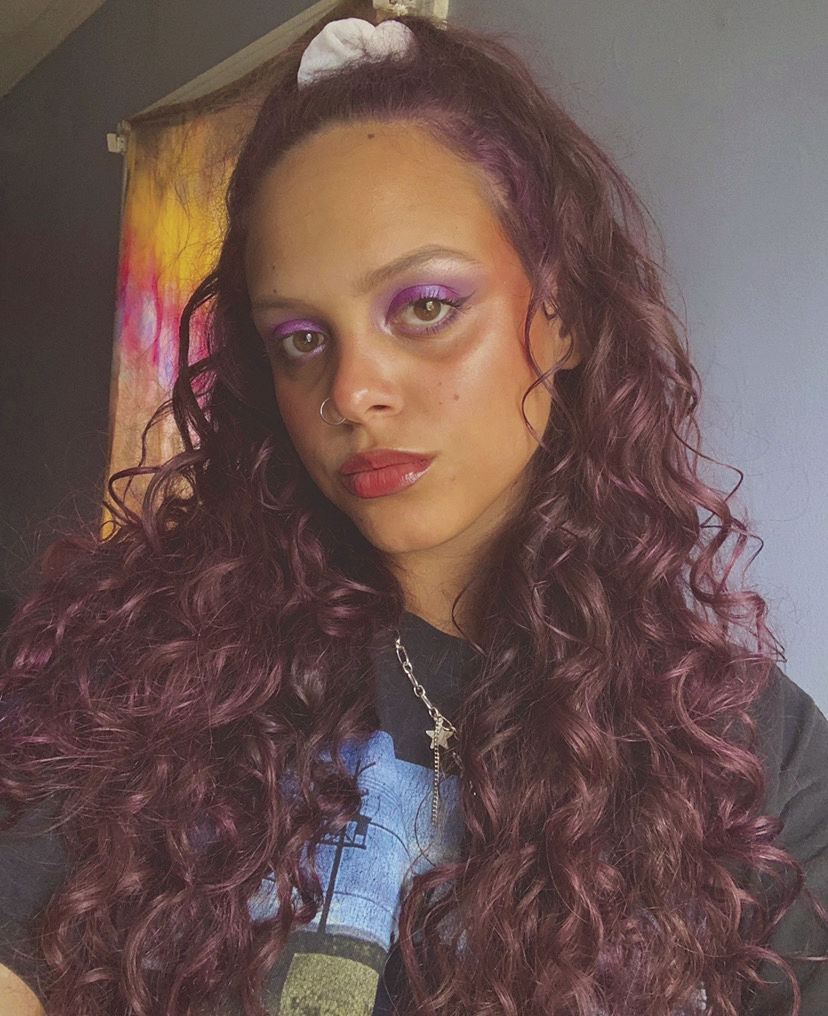 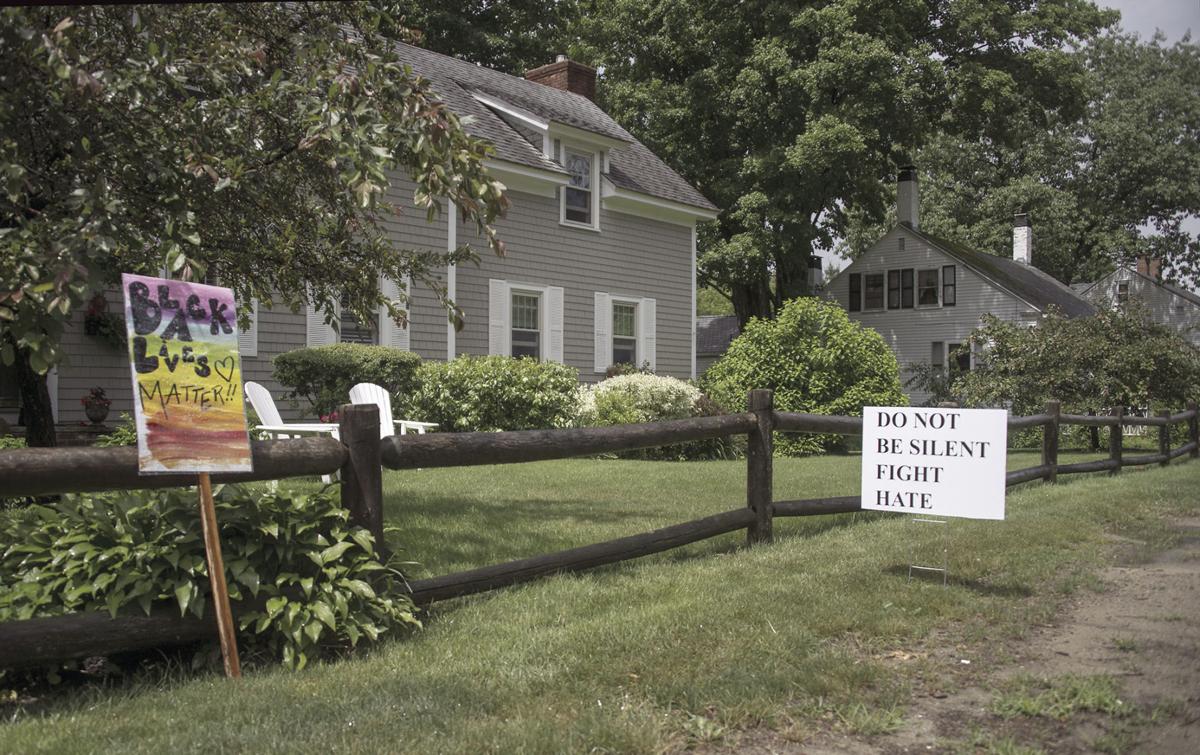 Community support is reflected in signs in front of homes along Belknap Mountain Road in Gilford on Tuesday. (Karen Bobotas photo/for The Laconia Daily Sun) 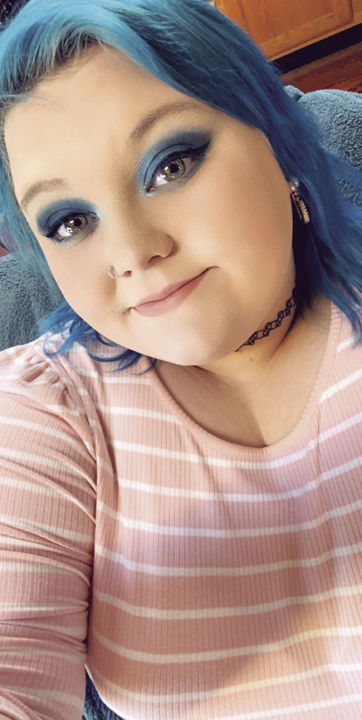 Community support is reflected in signs like this one in front of homes along Belknap Mountain Road in Gilford on Tuesday. (Karen Bobotas photo/for The Laconia Daily Sun)

Community support is reflected in signs in front of homes along Belknap Mountain Road in Gilford on Tuesday. (Karen Bobotas photo/for The Laconia Daily Sun)

But the 20-year-old Gilford High School graduate wasn’t ready for what she has encountered in recent days.

Black Lives Matter signs that she posted on telephone poles began to disappear.

A neighbor posted on Facebook a picture of one of the signs and a comment saying, “Are there any white people out there that are sick of this crap. We live in Gilford because we don’t want this bull crap.”

The inevitable social media firestorm ensued, with people making rude comments to one another.

Someone complaining about the signs asked the police to go to the young woman’s house.

Nobody was home, but when she and her parents went to the station later, they got a friendly reception and some good advice. Instead of putting the signs on poles, she began asking people if she could place them on their property.

Numerous people in Gilford Village said they were happy to have the signs on their front lawns. Some said they wished they had thought to put the signs up themselves. Volunteers stepped up to make more signs.

Now Bourgeois plans a peaceful march starting at 7 p.m. tonight at Gilford High School, not to criticize, but to educate that the Black Lives Matter slogan is not mutually exclusive. It is certainly not meant to diminish the value of others.

“We want to educate, not humiliate,” she said. “We want to teach people why it’s so important to value and respect other members of the community, and what it does to those people when they aren’t valued and respected.

“We don’t want to belittle. We want to remain positive. It’s been a very cool experience learning that so many people do care.”

She also said some people have been upfront with their disdain for her Black Lives Matter signs.

“They were very much offended by my calls for equal rights,” Bourgeois said. “They may not understand what BLM means. We are not this anarchist group they’ve been seeing on Fox News. Their lives matter. It’s not that other people’s lives don’t matter.”

She stressed she holds no animosity to those who took down her signs, or to those who posted hurtful social media comments.

“I want people to understand racial issues,” she said. “I don’t want to fuel the fire.”

Bourgeois said that being one of the few black people in local schools, she has dealt with a lot of insensitive behavior, bad jokes, even people “who ask for permission to use the N-word.” She has also learned that the workplace is not immune from this type of thing.

Samm Johnson, a white woman who was a classmate, has been helping organize the march.

“There is racism in our small town,” she said. “I want us to unite and show people of color in the community that we are there for them, we care for them and will fight for them.

“Us white people who are not of color, can be better allies. There are a lot of things people do or say that they think may not be offensive, that really are offensive.”

“Asking a woman of color, ‘Oh my gosh, can I touch your hair?’ Little things like that they think might be OK, are not OK. Now they can show support for their friends and family of color.”

Those who come to the march are advised it will be held rain or shine, and that they should wear face coverings.