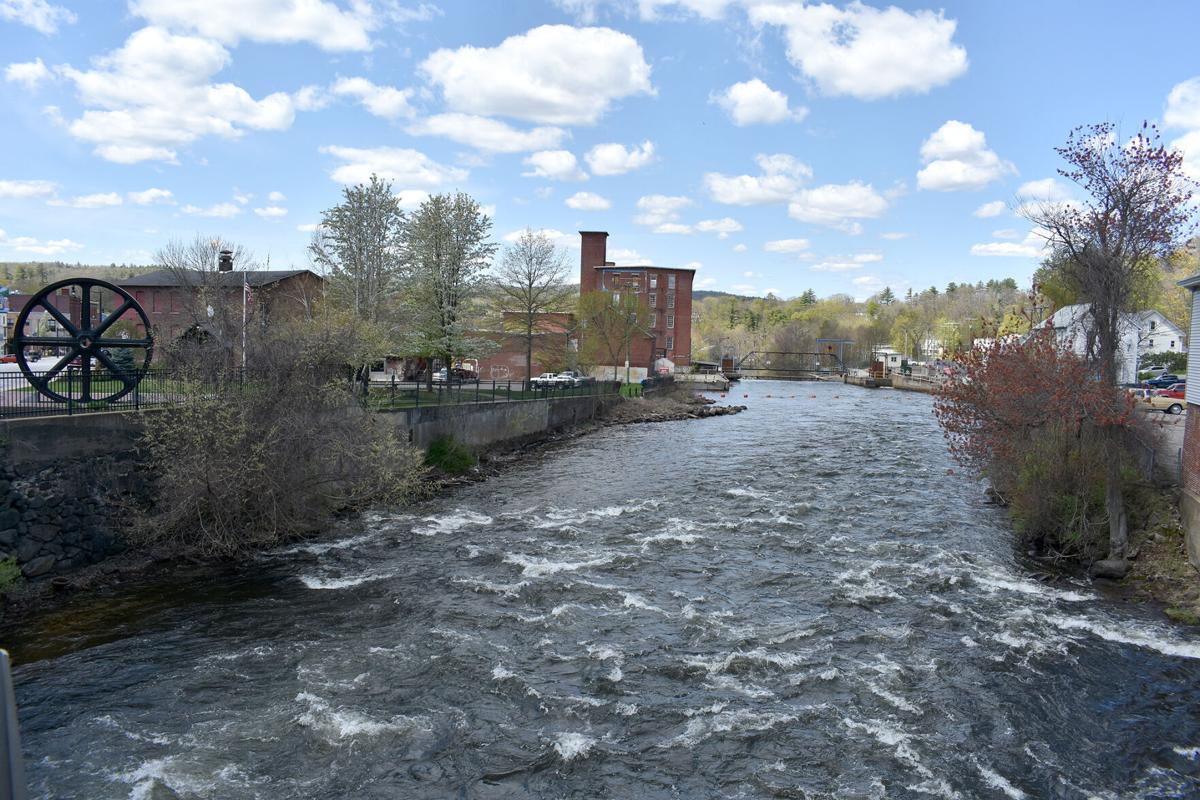 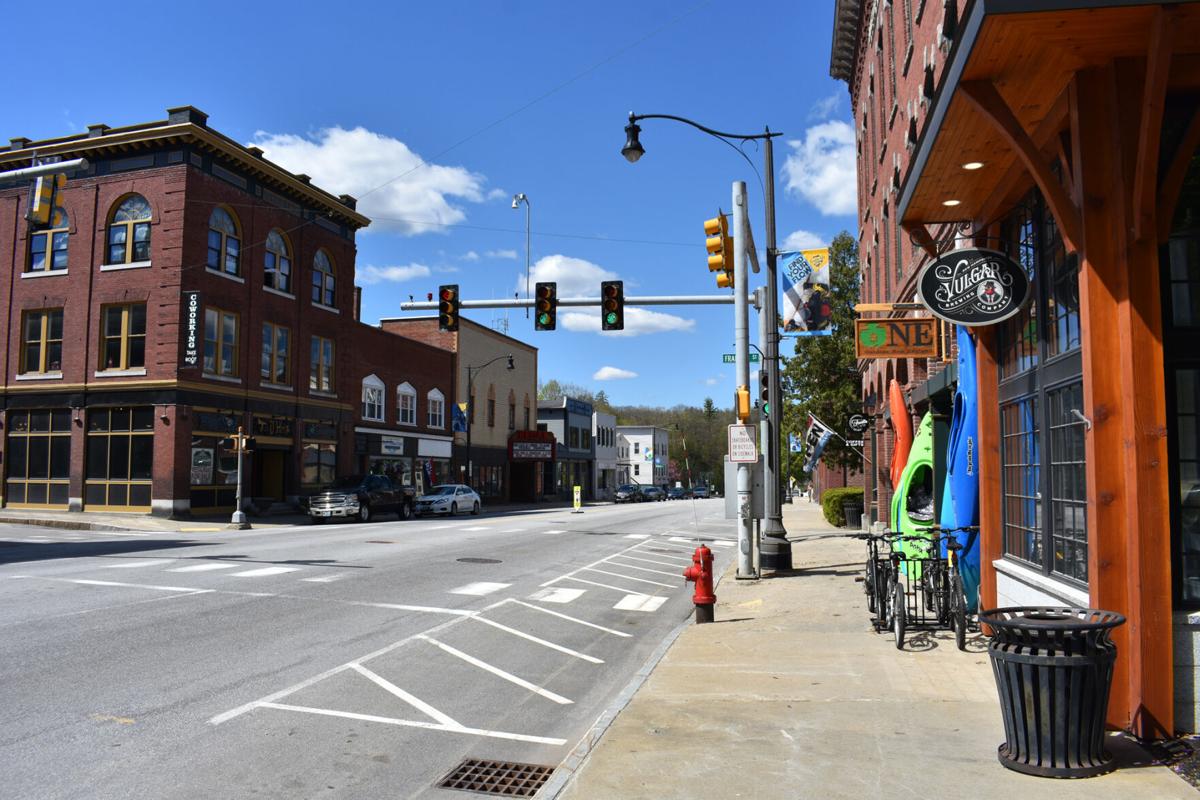 One side of Franklin's Central Avenue features businesses such as a brewery, a whitewater paddling shop and a cafe. On the other, available storefronts. (Adam Drapcho/The Laconia Daily Sun photo) 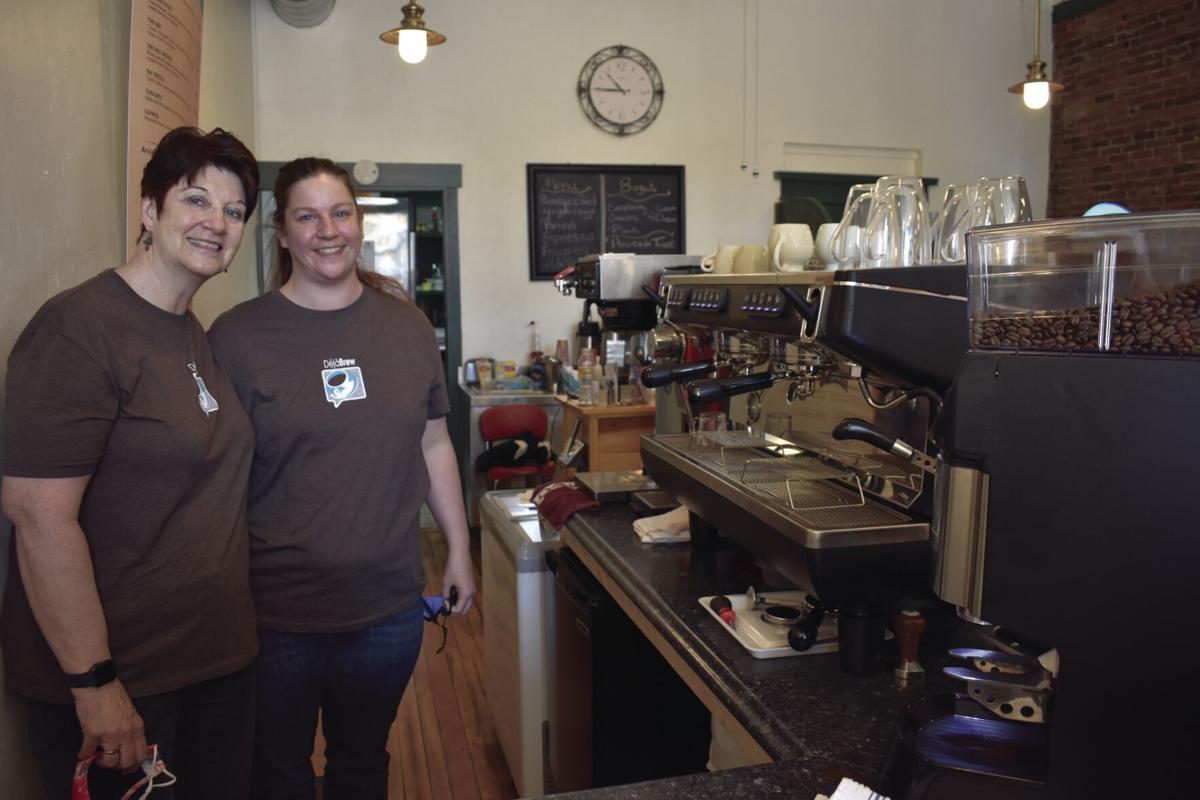 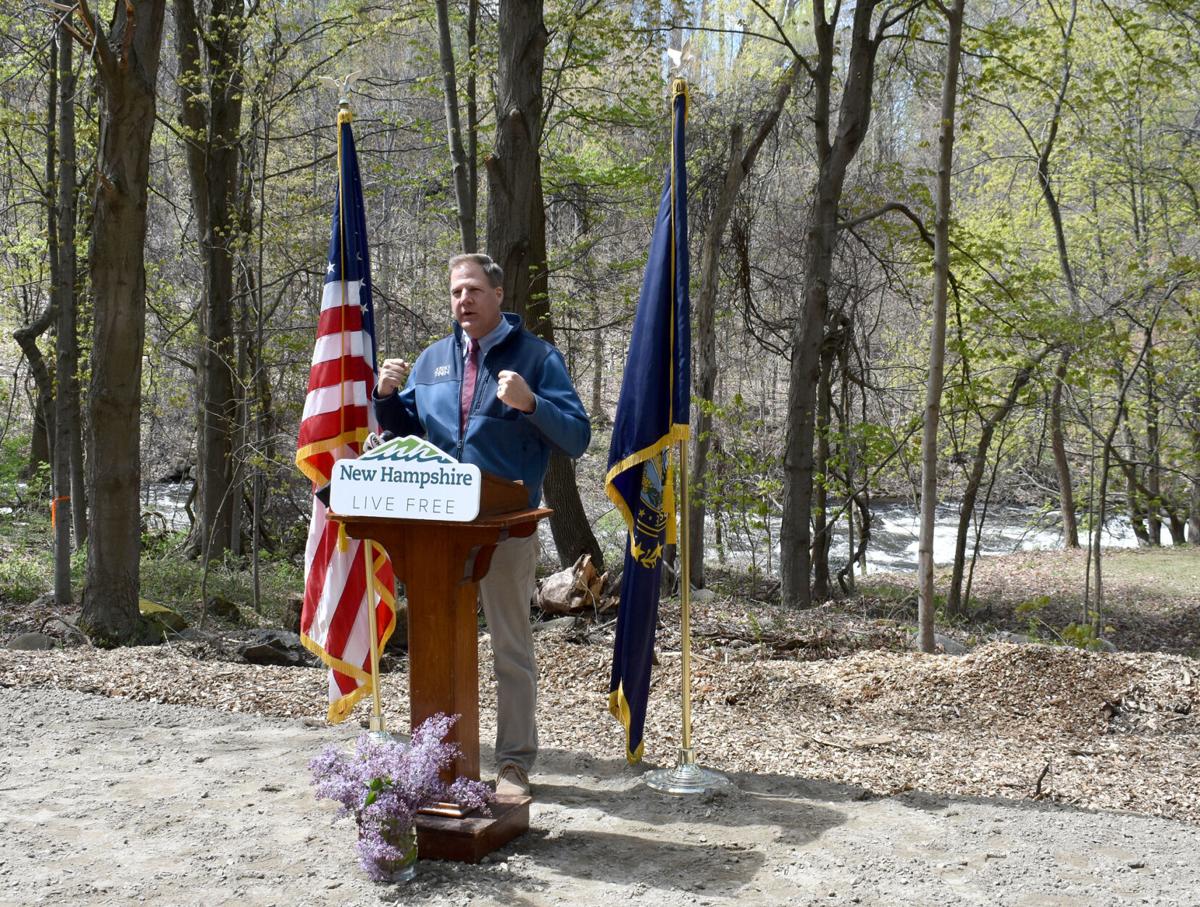 Governor Chris Sununu said that he sees Franklin's Mill City Park as the kind of redevelopment he'd like to see across the state. (Adam Drapcho/The Laconia Daily Sun photo)

One side of Franklin's Central Avenue features businesses such as a brewery, a whitewater paddling shop and a cafe. On the other, available storefronts. (Adam Drapcho/The Laconia Daily Sun photo)

Governor Chris Sununu said that he sees Franklin's Mill City Park as the kind of redevelopment he'd like to see across the state. (Adam Drapcho/The Laconia Daily Sun photo)

FRANKLIN — Tourism businesses in the Lakes Region are hoping that a busy summer will snap them out of a year-plus skid they’ve been in since the start of the coronavirus pandemic. Expressing that optimism were Governor Chris Sununu and other state officials, who visited Franklin to kick off the 2021 tourism season.

But for businesses in the Tree Rivers City, 2021 might be the year that they snap out of a downturn that was in place long before anyone had heard of COVD-19.

This year is when a long-sought after addition to downtown will finally open. Mill City Park, the only whitewater park of its kind east of the Mississippi, is expected to open this summer after years of planning, permitting and grant writing. Marty Parichand, a Central Ave entrepreneur who has championed the idea as a way to usher in a new era for Franklin, said the park will open in June, and work on creating some of the in-river whitewater features will start in July.

“It’s a huge accomplishment,” Parichand said, crediting broad community support for the initiative. “To get here, to get permitted, to raise the funds, to work within the river, is an incredible task.”

Sununu said the work that Parichand and his team of collaborators represented the “Gold standard” in what he wants to see – a “new generation” of attractions to draw people to the Granite State.

“Being right here in Franklin, Mill City Park is the great example of what we’re trying to create all across the state,” Sununu said.

The state is projecting tourism levels that will approximate those of 2019 – 3.45 million visitors, who will spend $1.8 billion.

In the past, those tourists – and their dollars – would have passed through Franklin on their way to the Lakes Region or White Mountains. That trend is short-lived, though, and the pending opening of Mill City Park will hasten its demise.

Whitewater paddlers have long been drawn to the Winnipesaukee River, as it flows through Franklin, but only when the water is high enough for the river’s natural bottom to generate whitewater features. Key to Mill City Park’s success will be the engineering of the river bottom to create three permanent water features – one surfable wave and two “holes” – to attract paddlers to the river. Also part of the plan is the development of 13 acres of shoreline to include multiuse trails, natural play areas and tent sites.

While Parichand has been the effort’s most consistent promoter, he said its success has been due to a community effort.

“It is this community which transformed this land, that nobody wanted, looking over a river that everyone devalued for 60 years,” Parichand said.

Supporters of the project say that the park will draw whitewater enthusiasts, who will look for places to eat and drink, perhaps stay overnight, when they’re done paddling. That, combined with other outdoor recreation opportunities nearby, could serve as a new economic generator for Franklin.

“When we’re successful, one day, every resident, and every visitor who comes to Franklin, will make a memory on the banks of the river,” Parichand said.

Waiting to turn the corner

For businesses in Franklin, the opening of the park represents a new opportunity.

Jo and Diana Brown, mother and daughter, operate the Franklin Cafe on Central Avenue. They opened the business in 2015, but with a different plan. It was originally a New Hampshire-made gift shop, but was recently re-organized as a coffee shop, including the addition of an espresso maker and steamer for cappuccinos and lattes.

“We made this transition because of what’s happening with Mill City Park, we want to fit that vibe,” said Diana. In addition to coffee, they also offer panini sandwiches, wi-fi, and lots of comfortable seating. “We wanted to create a place for people coming off the river.”

Jo said they hope to see business pick up by about 20% this year. “That’s what we lost due to the pandemic, we’d like to make that back,” she said.

Even though the park isn’t open yet, they’ve already seen their numbers improve.

“People seem to be really excited about what’s going on,” said Diana.

Damon Lewis and his business partners opened Vulgar Brewing in downtown Franklin just before the pandemic hit. They survived through the shutdowns and the restrictions, relying largely on curbside pickup, and are now hoping for their first good year.

‘We’re hoping it’s going to be pretty busy, there’s got to be a lot of pent-up demand. We’re anticipating a good summer,” Lewis said.

Vulgar, a small establishment, managed to keep most of its employees through the pandemic, which Lewis said was due in part to federal relief programs. That’s a relief to him, he said, because attracting new staff has been challenging.

There are a handful of outdoor picnic tables at Vulgar, and Lewis said he and his partners were considering adding more. They shelved those plans, though, when they couldn’t get enough respondents for more servers to cover those tables.

For Miriam Kovecs, who opened Broken Spoon, an Asian noodle and steamed-bun sandwich shop in Franklin in November, staffing is already becoming an issue. She would like to have three employees, but currently has two. On Friday, during lunch, Kovecs was by herself, as one employee was out due to a family emergency and her other worker had to call in sick.

“One of them is literally about to birth a human,” Kovecs said.

Meanwhile, her internet suddenly cut out, and instead of helping lunch patrons she was stuck on hold with her communications provider, trying to figure out how to get back online.

Kovecs sees Mill City Park as a positive development for Franklin, but wonders if the city is going to be able to take advantage of more traffic.

“I put it out there last week that I was hiring, but everyone’s hiring, so it’s rough,” Kovecs said. ‘Finding people that are the right fit is hard, too.”

If a boom in tourism leads to a shortage of workers, perhaps the state could use one to solve the other, said Taylor Caswell, commissioner of the state’s Department of Business and Economic Affairs.

Caswell noted that the state’s marketing efforts aren’t just aimed at enticing other Northeasterners to make a road trip to New Hampshire – they hope that many of those visitors will decide to stay.

Sununu said that the problem of businesses who struggle to find enough workers is preferable to the alternative.

“I’d rather have 2.9% unemployment than 9.2% unemployment,” Sununu said. “We’re pushing workforce as hard as we can, everybody needs staff right now.”

One of the changes that the state made recently was to renew the requirement that people collecting unemployment benefits have to show that they’re looking for work. That rule will go back into effect on May 23. Though some business owners said that rule is coming too late for the start of the busy season, Sununu said that he felt it was important to give people on unemployment adequate warning.

“We don’t want anyone to feel like they’re being cut-off from unemployment,” Sununu said. “To be fair to these individuals, we wanted to give them some warning.” There were also some changes that needed to be made on the state’s side, so that the system was prepared to make the change, he said.

Sununu said that he saw the low unemployment figures as evidence that the state’s balanced approach, weighing economic welfare against public health measures, has succeeded. The labor market will sort itself out by offering higher wages, Sununu said, and those higher wages might coax some people who have left the workforce, such as to homeschool children during the pandemic, to get back into the game.

“I firmly believe a lot of folks, come this fall, are going to re-enter the workforce,” Sununu said. “It’s a better problem than most, a lot of states would love to have our problem.”