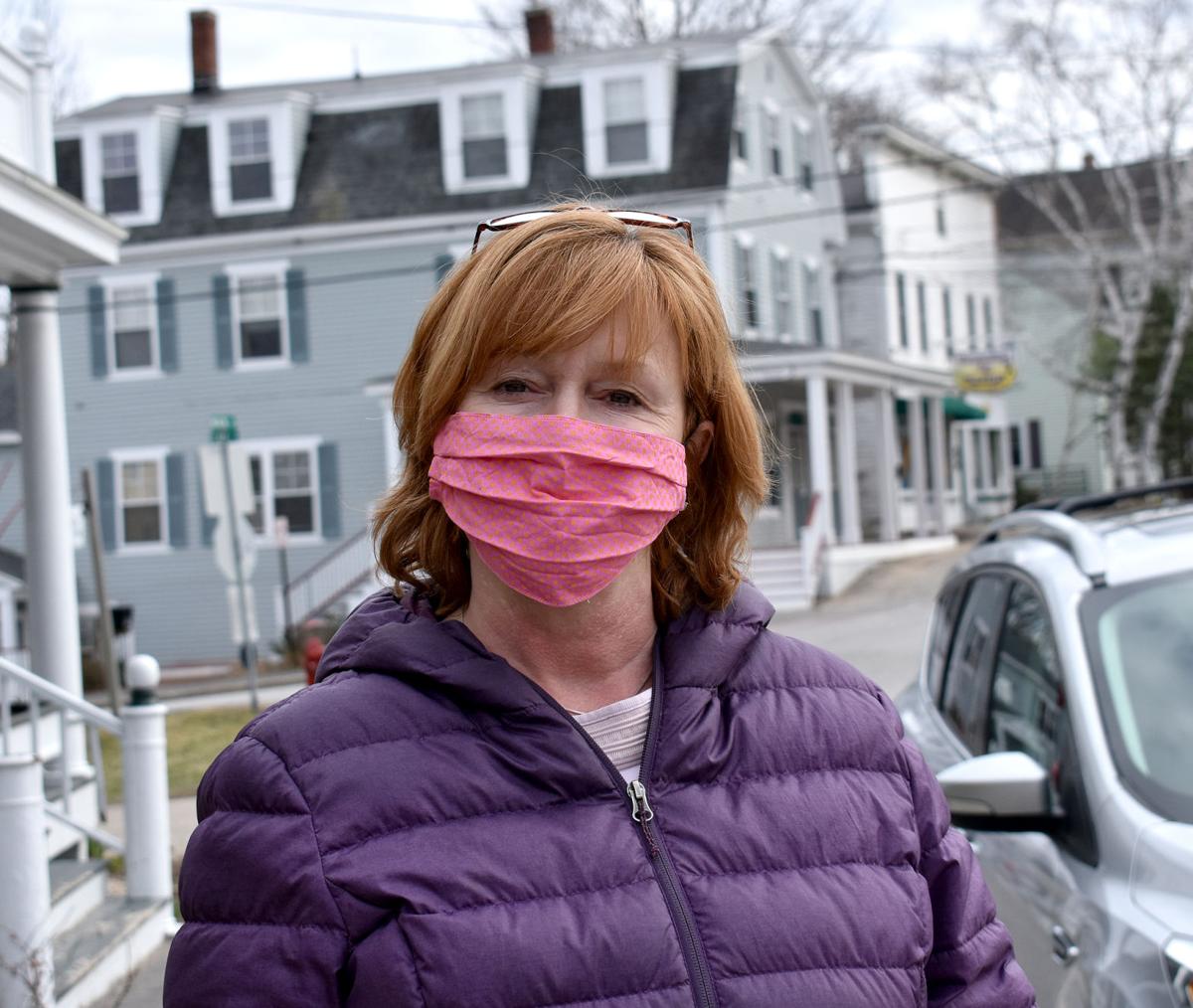 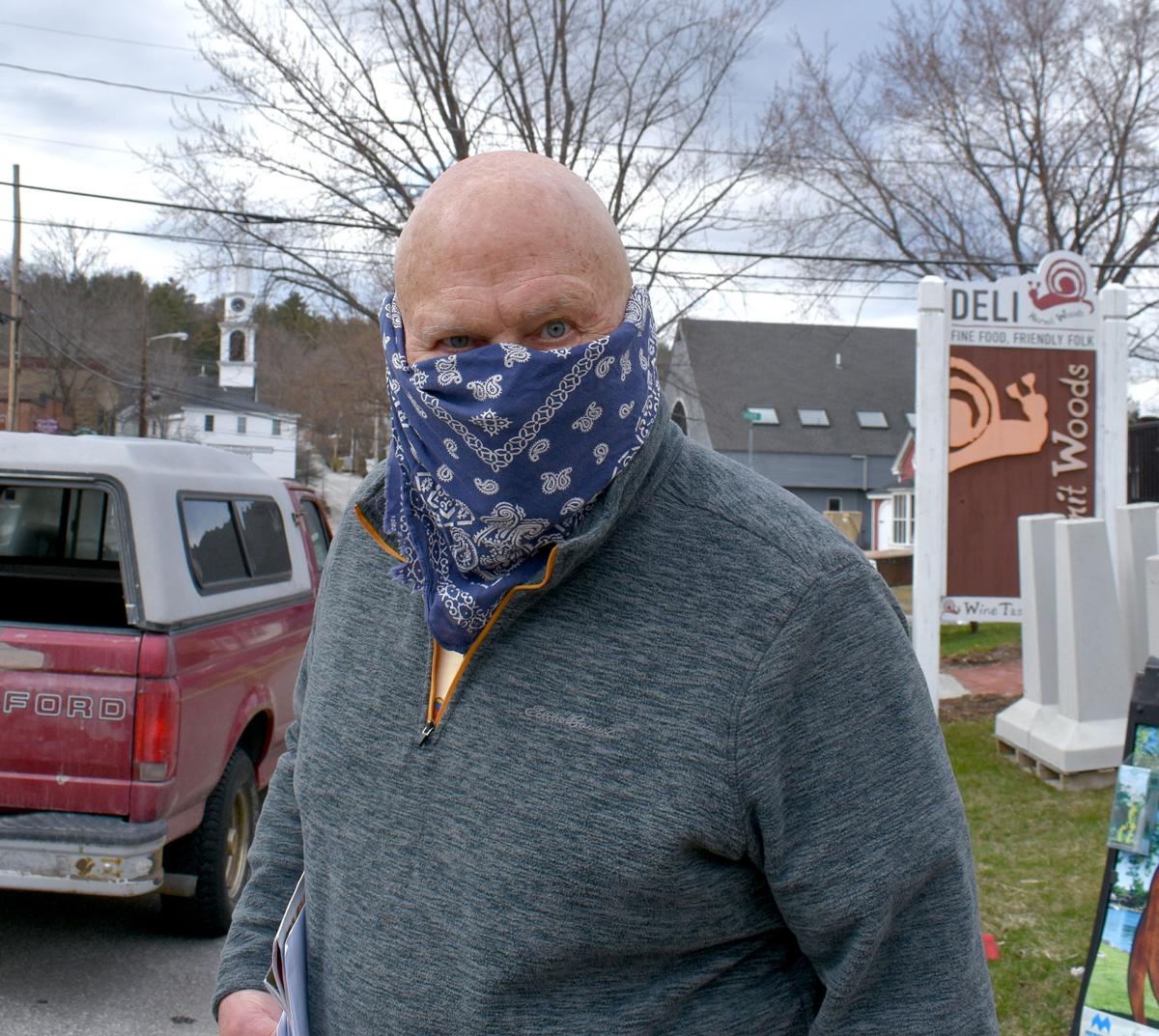 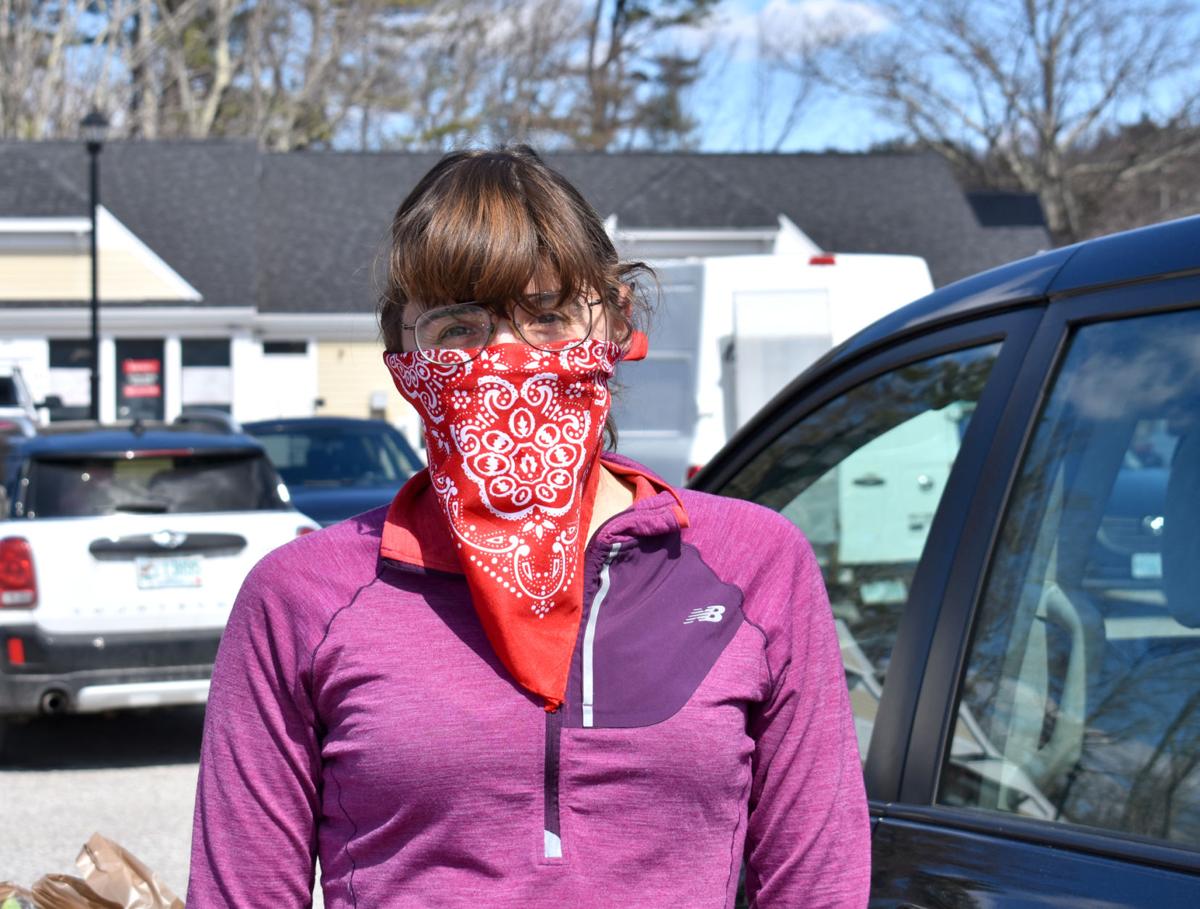 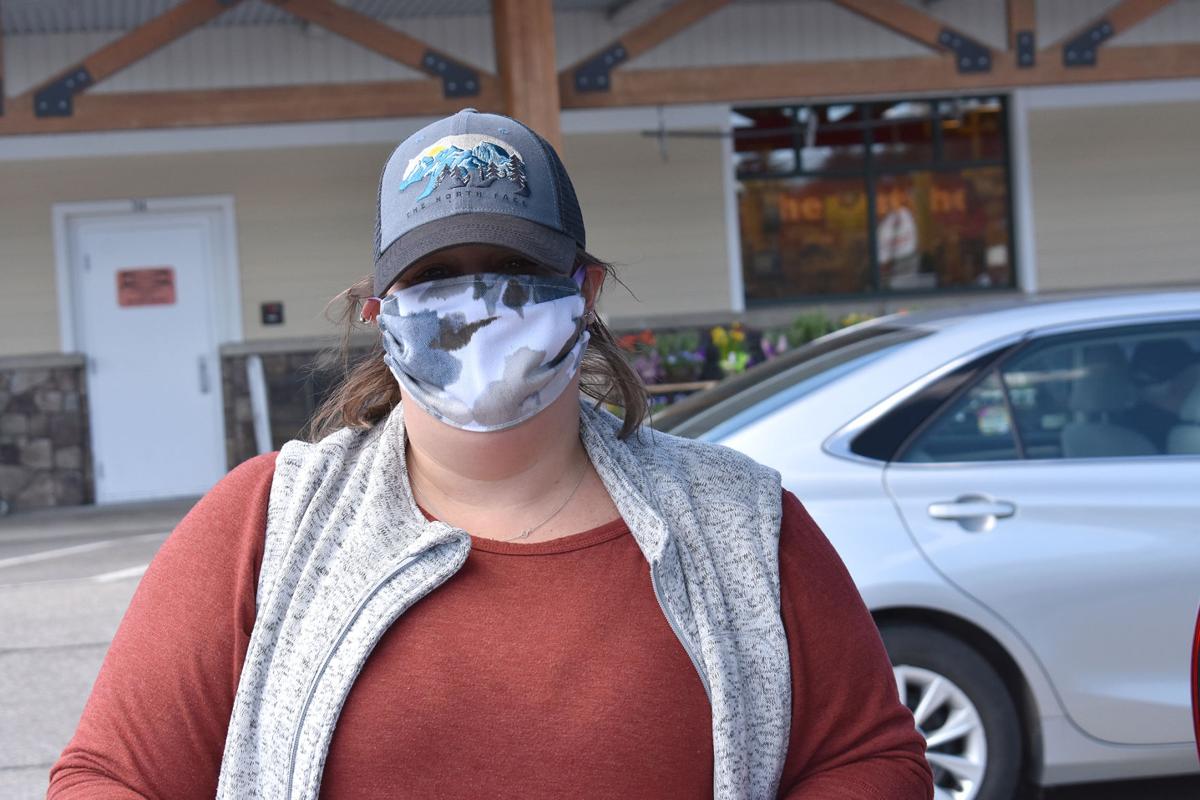 MEREDITH — A week ago, the Centers for Disease Control issued guidance for people going out in public to cover their faces with a mask, as the coronavirus seems to be spread by people who are asymptomatic, or at least not yet symptomatic. Wearing a mask, especially in circumstances where it’s impossible to maintain a six-foot distance between other people, can help prevent spread in those essential businesses that are still open to the public.

The problem is, those masks are difficult enough for hospitals to come by, so people have been encouraged to find their own way to place a fabric barrier between their mouth and nose, and the rest of the world.

“I’m going to rob the post office,” declared Chuck Braxton as he crossed Main Street in Meredith. He had a dark-colored bandana, folded in half and covering his face below his eyes, tied around the back of his head.

When he came out, his larceny was apparently only limited to his own mail.

The Old West train robber look was a solution that others took advantage of. David Hughes wore an orange bandana around his face for a trip to the Center Harbor Post Office.

“It’s totally appropriate for everyone to do it, it’s better to be safe than sorry. The more people that do the safety stuff, the less this is going to spread.” Hughes, a firefighter and EMT, said that any solution that covers from above the nose to below the chin would suffice in reducing transmission.

“I just hope that it works,” said Sarah St. Jules, who wore a red bandana while shopping at Hannaford in Meredith.

For others, it was a chance to get out the needle and thread – or, at least, lean on someone they knew.

Sarah Alexander said she has a niece who makes custom pillows. But with all of her niece's craft fairs canceled for the season, she turned her fabric swaths into facemasks.

Karen Benoit, also at Hannaford, was wearing a mask featuring pink and red hearts. She picked the fabric for the mask, she said, because “It was cheerful.”

Walking down Main Street in Meredith, Leanne Brunelle said making masks has turned into a form of service. She said she has made and donated more than 200 cloth masks to hospitals where friends and family members work: Johns Hopkins Children's in Tampa, Florida; and Mass General and Lawrence General hospitals in Massachusetts. She has also been buying elastic in bulk to supply other local crafters.

“When you’ve got time on your hands, you’ve got to do this,” Brunelle said. “I hope everyone stays home, stays safe, do what we all can do to flatten the curve.”

A press release issued by the CDC states that “social distancing” is still the best way to prevent transmission of the virus, but that there are certain times, such as trips to the post office or the supermarket, when it may be difficult to keep a safe distance.

In such cases, “CDC is additionally advising the use of simple cloth face coverings to slow the spread of the virus and help people who may have the virus and do not know it from transmitting it to others. Cloth face coverings fashioned from household items or made at home from common materials at low cost can be used as an additional, voluntary public health measure.”

Face protections must be handled properly

Medical professionals were at first reluctant to recommend face coverings as protection against COVID-19. They knew that, apart from the medic…