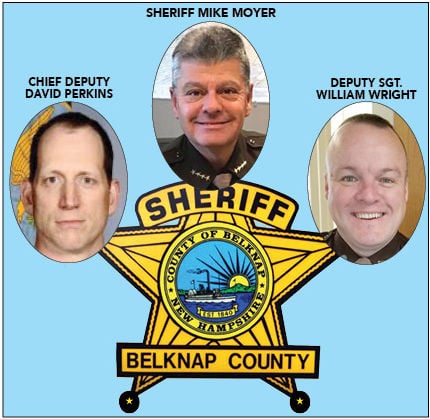 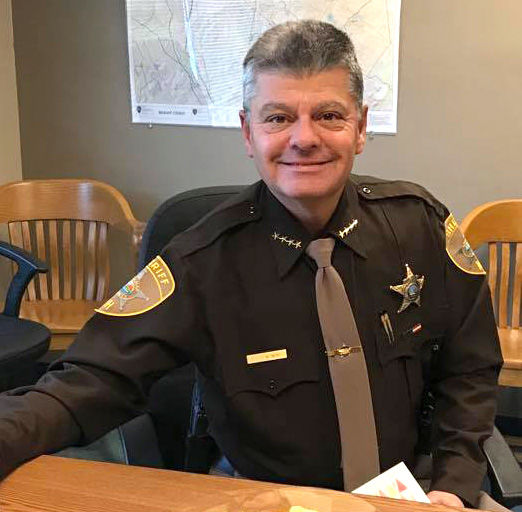 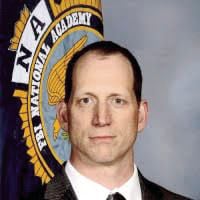 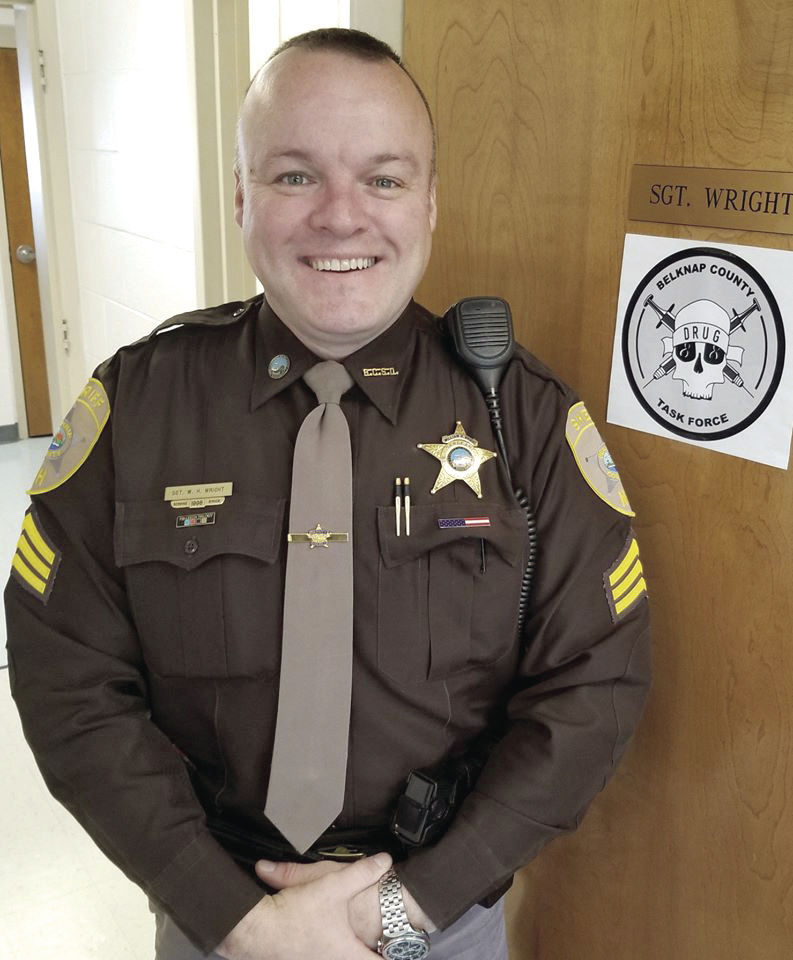 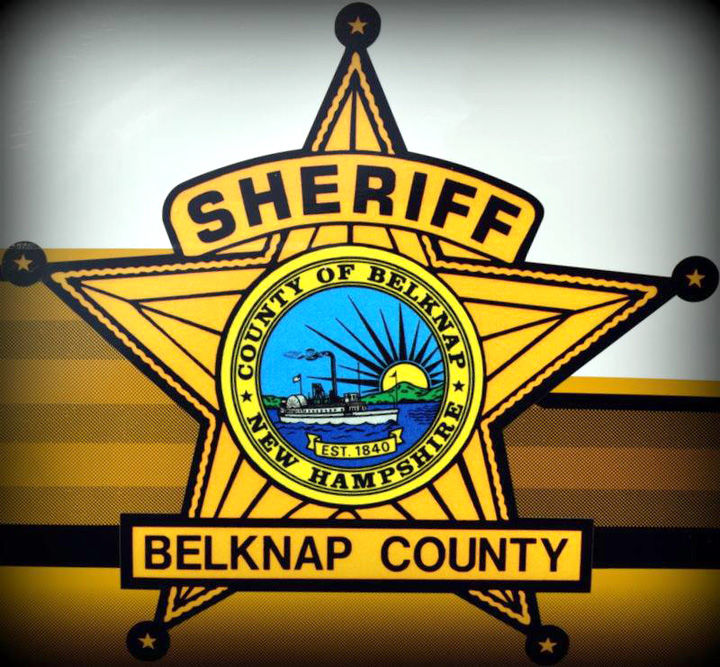 LACONIA – Suspended Belknap County Chief Deputy David Perkins, the subject of three department investigations in less than a year, will sue the county and Sheriff Mike Moyer if Perkins is fired, according to a letter from Perkins' attorney.

The first would have Perkins resign in exchange for three years severance pay at his current salary of $90,729.60 a year, which would cost the county about $272,000. Perkins is also demanding an additional $250,000 for emotional distress, plus attorney's fees. All told, this settlement would cost Belknap County taxpayers – or their insurance company – more than a half million dollars, not counting more than $30,000 Perkins has collected so far while on paid administrative leave.

The second proposal is to have the county remove Moyer from office and keep Perkins in his current position. If that happens, Perkins would agree to retire and forego all claims against the county and sheriff, according to the letter from attorney Peter D. Anderson of the McLane Middleton law firm.

Many of the details of the department conflict remain hidden from public view, but the stakes include an upcoming election, thousands of dollars in taxpayer money, and the careers of an outgoing sheriff and two of his top deputies.

According to the account from Perkins' lawyer, it started when Perkins raised questions about the integrity of the Sheriff's Department's Drug Task Force.

“I think the integrity of the unit...will have to be looked into,” Perkins wrote in an email to Belknap County Sheriff Mike Moyer last August. “I'll wait to hear from you.”

Moyer was on vacation at the time, and Perkins – as acting sheriff – was planning to bring in an outside agency to investigate the Drug Task Force, which is led by Deputy Sgt. William Wright.

With Moyer not planning to seek re-election in the fall of 2020, Wright and Perkins both had their eyes on the sheriff job.

But instead of investigating the Drug Task Force as Perkins wanted, Moyer brought in an outside agency to investigate Perkins, an 18-year veteran of the sheriff's department who started his law enforcement career in Gilford.

Perkins claims through his attorney that he's the target of a smear campaign orchestrated by Moyer because the sheriff wants Wright to succeed him.

“The Sheriff has engaged in an ongoing retaliation and harassment against the Chief Deputy by initiating two baseless investigations, tarnishing the Chief Deputy's reputation, and now threatening to terminate his employment if he does not retire,” according to the lawyer's letter.

The attorney also says Perkins is protected by the New Hampshire Whistleblower's Protection Act, but the county may see it differently. When The Daily Sun requested to see any whistleblower complaints on file, County Administrator Debra Shackett said they had none in their possession.

Asked if he threatened to fire Perkins if the deputy didn't retire, Moyer said in a March telephone interview that, “I’m not going to have any comment on this investigation.”

Ironically, Perkins was one of Moyer's biggest boosters when Moyer, the former Laconia police chief, ran for sheriff in 2016 and narrowly defeated Wright.

According to the lawyer's letter, when Perkins sought Moyer's blessing last June to make his own run for sheriff, Perkins learned that Moyer was backing Wright, and Perkins was urged to retire.

Moyer said he hasn't endorsed any candidate, and denies that he has targeted Perkins and tried to drive him out of the department.

“That is patently false and a lie,” Moyer said in a phone interview on March 15. “These are lies put out by Dave Perkins and his friends.”

Perkins, who was appointed Chief Deputy before Moyer took office, declined to be interviewed.

His lawyer's letter says, among other things, that Moyer and Perkins worked well together in the beginning, and Perkins received a stellar performance evaluation from Moyer last summer.

“Dave’s decision making on all topics is outstanding,” Moyer wrote.

But the two parted ways when the topic came to Wright.

Perkins, via his lawyer, contends that Wright was the topic of multiple complaints from people within the sheriff's department, as well as from those connected to outside law enforcement agencies.

Wright declined to talk about the Perkins matter, but Moyer was adamant in his defense of Wright.

“I never received a single complaint about Bill Wright,” Moyer said. “They are lies being spread by somebody. And I stake my reputation on that.”

A Belknap County law enforcement officer who has worked with Wright and Perkins and speaks highly of both men said it wouldn't be surprising if Moyer had received no written complaints. Most beefs about fellow cops are likely to be verbal and informal and rely upon the discretion of an officer's supervisor to handle it appropriately. The officer asked that his name not be used because of the sensitive nature of the topic and so as not to compromise his ability to work with agencies throughout the county, including the sheriff's department.

Contacted by phone on May 11, Wright said he was still planning to run for sheriff.

“I work hard and I do well by my communities and I’ve represented this office well for the last 15 years,” he said. However, he said he couldn't talk about the Perkins matter or even acknowledge that a division exists within the Sheriff's Department.

“It’s a difficult situation. I’d love to be able to tell you everything, but I’m bound by our rules and regulations and our policies,” he said. He is also under orders from the sheriff not to talk about the matter, he said.

The relationship between Moyer and Perkins became further strained last August when Wright was contacted about a potential drug case that a Tilton police officer had reported. Perkins' had oversight of that case while Moyer was on vacation and Perkins was acting sheriff.

It started when Wright received a phone call from Tilton Police Sgt. Nate Buffington, who had been contacted by one of his colleagues in the Tilton department about a drug-related offense. Because the officer who called Buffington had a personal connection to the case, it was decided to refer it to the sheriff's office, which sometimes handles cases where local departments find themselves facing internal conflicts of interest. And because Buffington and the Tilton officer work for the same department, that was also a conflict sufficient to warrant a referral to the sheriff's office.

“I called the sheriff’s office on instructions of my supervisor to get someone to take over the case to avoid any conflict,” Buffington said in a May 15 phone interview. Buffington is a full-time officer in Tilton who does occasional work with the Sheriff's Drug Task Force and is its second-in-command.

It's not clear how – or if – that Tilton drug case was resolved.

Moyer declined to talk about the case when asked about it in March, and Buffington said he doesn’t know what became of it once it was forwarded to the sheriff’s office and passed out of his department's jurisdiction.

The Daily Sun is not identifying the person named as the subject of the investigation because they are a private citizen and, it appears, no charges have been filed in the matter.

Neither Wright, Buffington nor the Tilton officer who originally contacted Buffington has been accused of any criminal activity.

But one result of the drug investigation was that Perkins urged Moyer to start the internal investigation of Wright and Buffington.

Buffington said he didn't want to speculate about why Perkins pushed for the internal investigation. He added, “it appears to be politically motivated.”

Wright, when asked what he believes drove Perkins to push for the internal investigation, reiterated that he was not allowed to discuss the matter. “It really stinks, because I’m a transparent person,” he said.

When Perkins pushed Moyer to bring in an outside agency, Moyer instructed his Chief Deputy to hold off. “For the record I disagree with waiting on this,” Perkins wrote in an email to Moyer. “But I will honor your wishes.”

According to the lawyer's letter, when the sheriff returned from vacation on Aug. 22, 2019, he never mentioned the Tilton drug case or Perkins' suggestion to start an internal investigation.

“The Chief Deputy assumed that Sheriff Moyer had decided not to pursue the investigation," attorney Anderson wrote.

Instead, when they learned that Perkins was pushing the sheriff to investigate them, Wright and Buffington filed complaints that led to the first internal investigation of Perkins.

Wright's complaint accused Perkins of lying and abusing his position by seeking an internal investigation, according to Perkins' lawyer. Buffington charged that Perkins “has made allegations against me alleging criminal misconduct as well as calling into question my ethics and integrity.”

“I did file a complaint,” Buffington said in an interview, because Perkins had questioned his integrity. “Everything he said was false and it was found to be false, just as I knew it would be.”

With two complaints against Perkins, Moyer started an investigation of the Chief Deputy, which was conducted by the Strafford County Sheriff's Department.

On Aug. 30, the day after being informed that he was the target of an investigation, Perkins went to Belknap County Administrator Debra Shackett and told her he believed Moyer had launched the internal affairs investigation against him because he had raised the issue of a conflict of interest on the Sheriff's Drug Task Force, and to hinder Perkins' campaign for sheriff, the lawyer wrote.

Shackett told Perkins he had the option of filing a hostile workplace complaint against the sheriff, which he did, according to Perkins' lawyer.

Right-to-Know requests by The Laconia Daily Sun seeking Perkins' complaint and the Sheriff's Department report on the Tilton drug investigation have been rejected by Shackett and Moyer. They cited exemptions to the Right-to-Know Law that may permit government agencies to shield certain documents from public view, including personnel matters and law enforcement investigations.

The internal investigation of Perkins, meanwhile, finished up last December and the investigator cleared Perkins of allegations that he had been untruthful and abused the process. It found he violated rules on dissemination of information and insubordination, according to Perkins' lawyer.

But, according to Perkins' attorney, “the only evidence he cited to support his findings were privileged marital communications between the Chief Deputy and his wife, which were part of the phone extraction but which the Chief Deputy did not authorize...”

In the end, Perkins was suspended for five days without pay, appealed unsuccessfully to Moyer, then served the suspension, returning to work in early January.

His return, however, was short-lived.

Tomorrow: A second investigation, and then a third.

Roger Carroll can be reached by email at rogercarroll@laconiadailysun.com