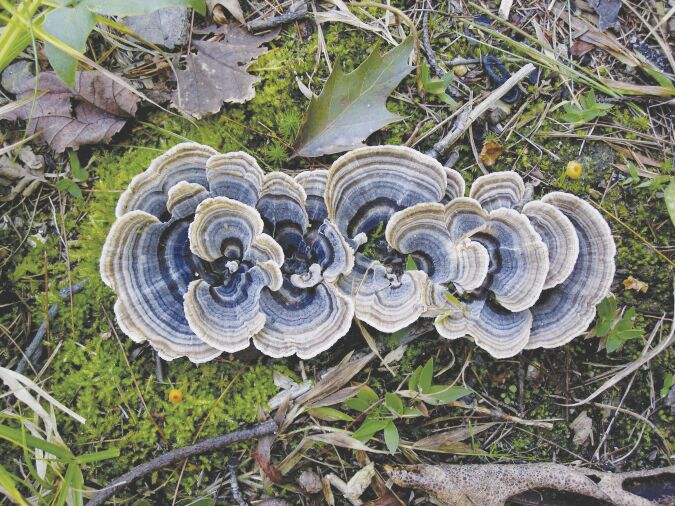 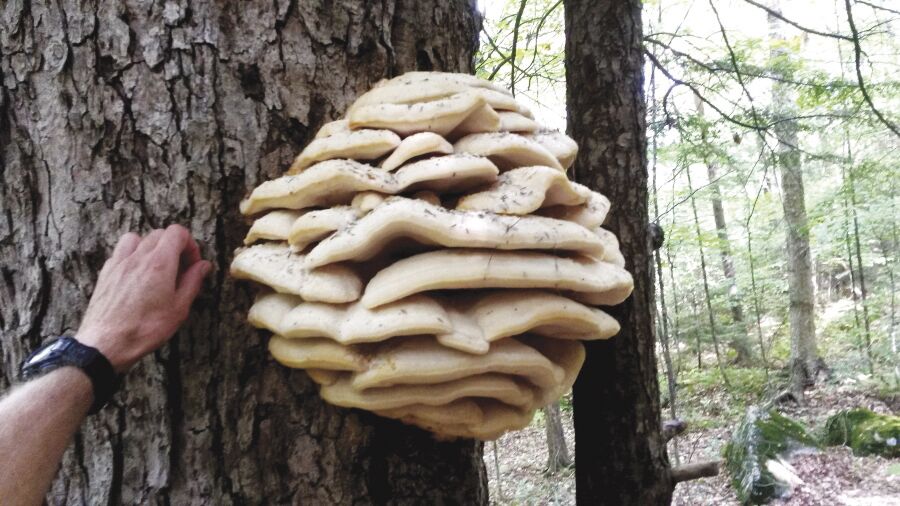 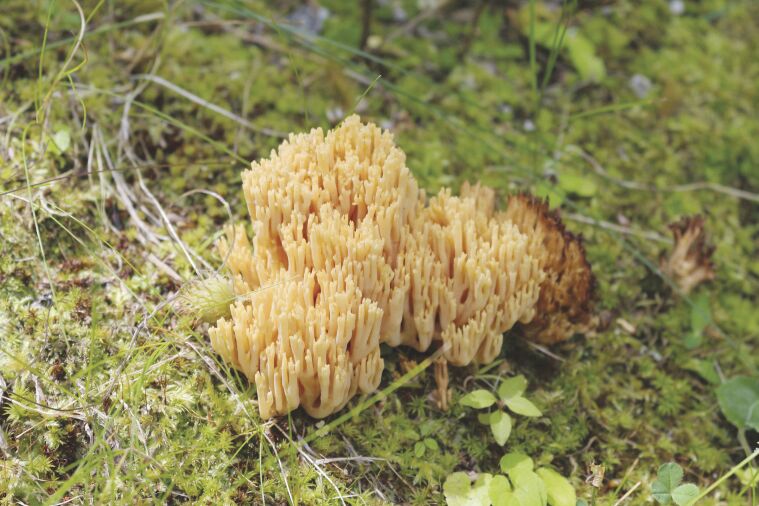 The coral fungus looks like something from under the sea. (Courtesy photo) 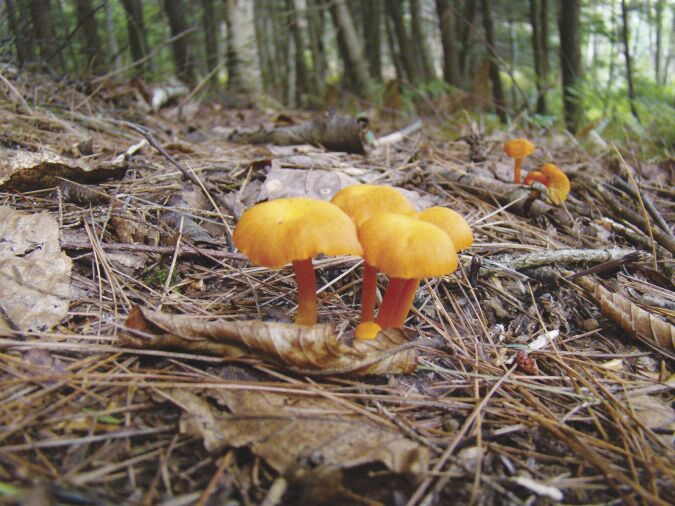 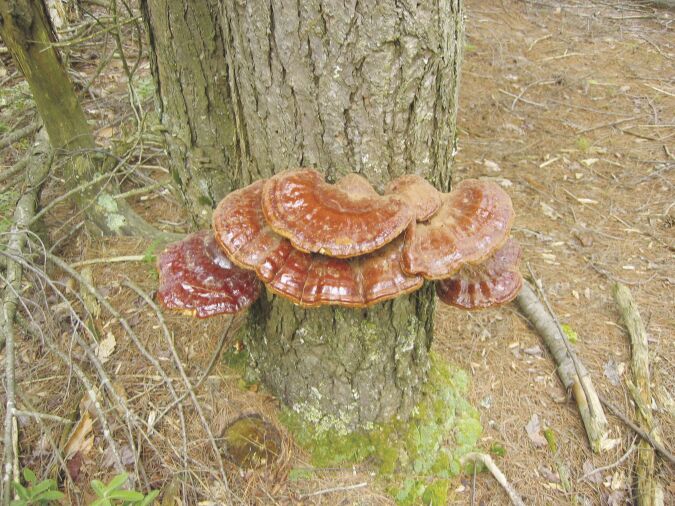 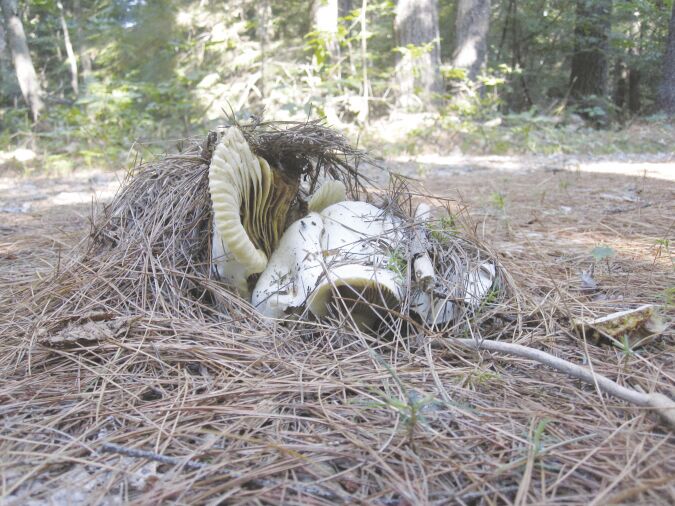 Nothing stops a mushroom when it's time. (Courtesy photo)

The coral fungus looks like something from under the sea. (Courtesy photo)

Nothing stops a mushroom when it's time. (Courtesy photo)

Mushroom season has arrived. Mid-summer through fall is peak mushroom time in New Hampshire and they always add a nice touch of color and texture to one’s walk through the woods. The diversity of mushrooms is tremendous as their colors span the full spectrum from drab grey and brown to brilliant white, to glowing red and orange, and they can be no more than the size of a pinhead, or over a foot across. The shape of mushrooms is also widely variable. Perhaps the best known is the classic toadstool shape prominent in storybooks and fairy tales, of which there are many varieties including the fly amanita which can be bright yellow or red. Another common mushroom is the flat, half-round shape such as the shelf mushroom. These are often seen growing on tree trunks that are still standing and even alive.

Many people forage for edible mushrooms, something that requires extensive knowledge and the ability to identify edible mushrooms from their poisonous counterparts. One of the most popular species with mushroom foragers is the chicken-of-the-woods mushroom which gets its name because it’s supposed to taste like chicken. It can grow quite large, up to a foot or more across, and being yellow in color it’s relatively easy to find. But many species of edible mushrooms have a very similar appearance to a toxic variety; I limit my enjoyment to observing them, and leave the culinary treats to others better educated in the ways of fungi, as an error in identification can be fatal.

The mushroom is not a plant - the main difference being it does not have the ability to do photosynthesis, which is the process of using sunlight, carbon, and water to create food as plants do in their leaves. Instead the fungus decomposes and consumes dead organic material. Because of this, some people consider fungus to be more closely related to animals than to plants. The mushroom we see is actually the fruit of a much larger organism that is hidden from sight, usually underground, but sometimes growing within a dead, or even a living tree. I think of the mushroom as an apple with a giant apple tree hidden away under the ground. Growing their fruit above ground provides a mechanism for the organism’s spores to be spread over the landscape to expand their horizons.

The warm, dry summer weather early this summer meant there was a lot of stored-up energy in the local fungi, so when the rains came they exploded all over the landscape. One reason they can grow so quickly is because when a mushroom is first formed it has almost all the cells it will ever have – they are just very small. To grow, water is pumped into the mushroom by the huge fungus living underground, swelling its cells so it can literally “grow” overnight after a good rain provides the needed water. And though some mushrooms grow and die in just a few days, others, such as the turkey tail fungus, live to show off their colors for many years.

The fungus that produces mushrooms can sprawl underground over extremely large areas, with a single fungus spanning acres, or even square miles. Throughout this area the fungus will be wrapped all over the roots of the trees in the forest. But this doesn’t hurt the tree - quite the opposite – it is an essential aspect of a tree’s existence. In a process called symbiosis, the fungus and the tree help each other. The large size of the fungus allows it to collect essential nutrients such as nitrogen and phosphorous from the soil, which it passes on to the tree through its roots. In return, the tree, which generates sugar through photosynthesis (think maple sugar), feeds the fungus some of that sugar since the fungus can’t photosynthesize. Neither organism would be able to thrive as it does without the other.

And there’s more. The fungus also captures and retains pollutants and heavy metals that find their way into the soil, either from local runoff or from rainfall, such as mercury from coal plants. By capturing these pollutants they protect their host trees from these toxins. But that raises health questions about consuming wild mushrooms, similar to the concern of eating fish which concentrate mercury in their bodies. Recent research indicates that in fact, forests as we know them wouldn’t exist with the support of fungi. So when you’re enjoying the woods this summer and fall, thank a mushroom for providing the cool, pleasant forest you’re walking through.

From the Farm: Poison is Yummier than Antidote

Sparkle the Pig came trotting into the barnyard at about 1 p.m. Sparkle and her grandmother, Charlotte, share a pasture about 800 feet down th…