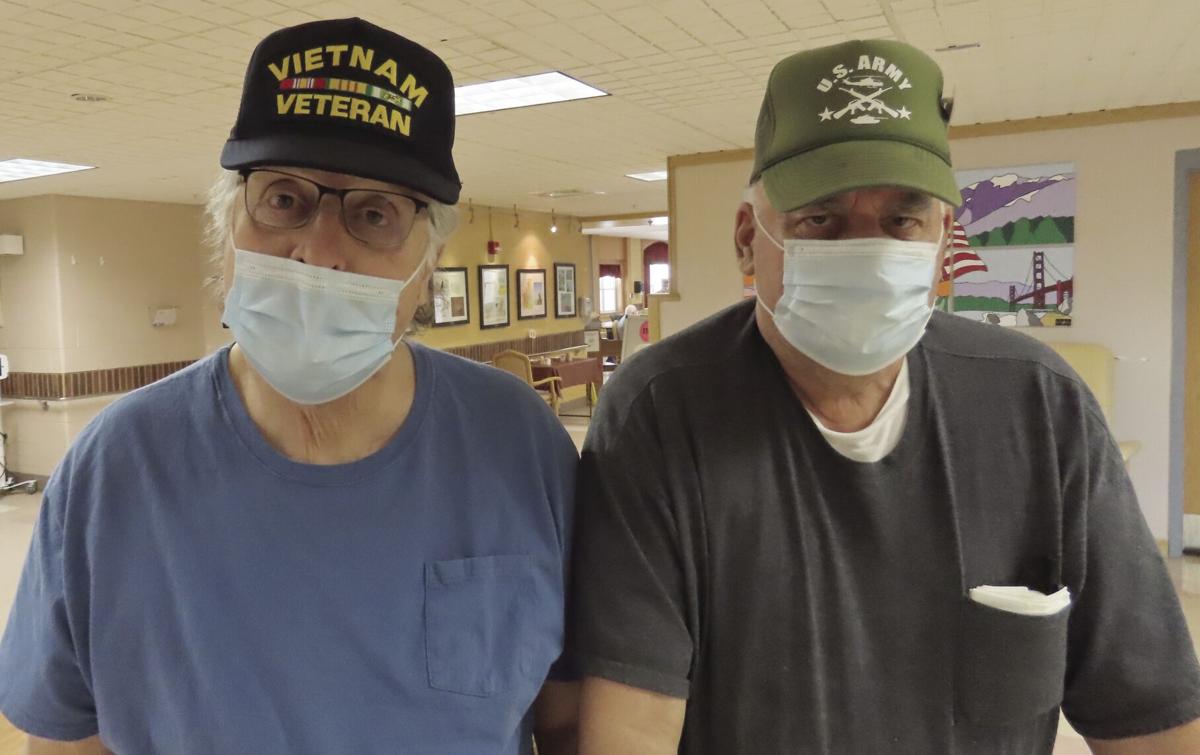 Allan Bailey, left, and Tony Schroeder are residents at the New Hampshire Veterans Home in Tilton. Both value connections they have made with other veterans. (Courtesy photo) 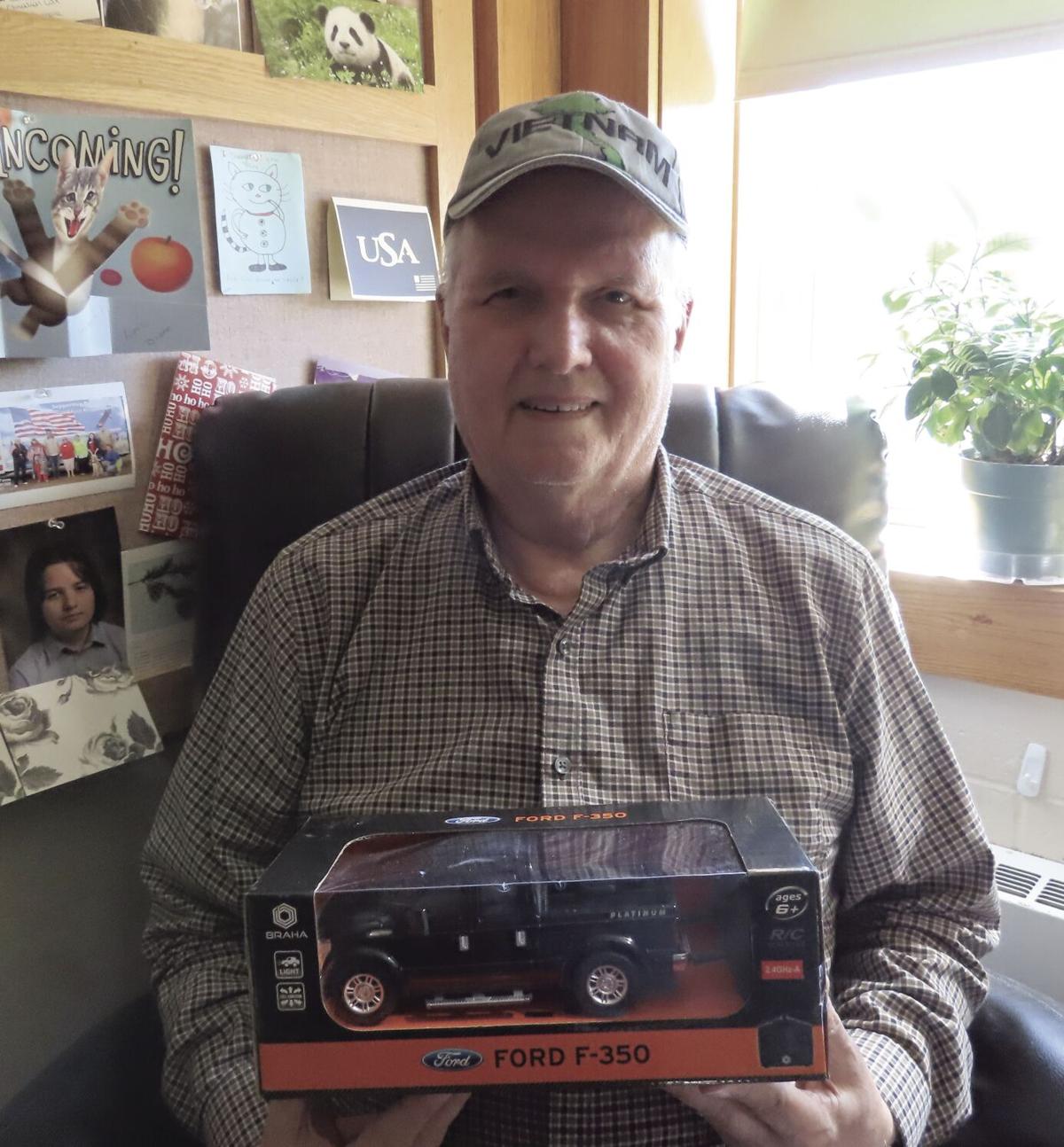 Bob Franklin relocated to the New Hampshire Veterans Home 14 months ago. “You get all kinds of stories up here,” he says of the time he spends listening to fellow veterans. (Courtesy photo)

Allan Bailey, left, and Tony Schroeder are residents at the New Hampshire Veterans Home in Tilton. Both value connections they have made with other veterans. (Courtesy photo)

Bob Franklin relocated to the New Hampshire Veterans Home 14 months ago. “You get all kinds of stories up here,” he says of the time he spends listening to fellow veterans. (Courtesy photo)

TILTON — Ancient philosophers studied the role of friendship in social and emotional life, in peacetime and war, and concluded that companionship was key to happiness, meaning and survival.

“A friend is a second self,” wrote Cicero, a Roman statesman, lawyer, and skeptic.

“In poverty and other misfortunes, true friends are a sure refuge –  a single soul dwelling in two bodies,” the Greek thinker Aristotle offered in treatises on ethics.

“Friends are as companions on a journey, who ought to aid each other to persevere in the road to a happier life,” Pythagorus, the philosopher-mathematician concluded.

Veterans in the Lakes Region say friendships and connections with other Veterans have been blessings that continue to enrich their lives. Through life’s stages, the power of gathering and sharing with veterans endures, even while the outside world and family relationships whirl through uncomfortable changes.

Chuck Lewis, 67, of Belmont, a Navy Veteran, treasures his connections from decades at the American Legion, where he met with one of his closest friends, Earlon Beale of Laconia. Together they worked their way through different roles in the service organization’s posts in Tilton and Laconia. Lewis’ drill team took third in the nationals one year. “You have to find the little thing that you’re excited about,” said Beale. "I like marching in parades.”

Tony Schroeder of Rochester, who turns 71 in April, lives at the New Hampshire Veterans Home. He likes to cultivate friendships with Veterans. “We confide in each other and share experiences. You’re not afraid to mention your weaknesses and strengths. We talk about military history and compare notes,” and relate on religion and politics. “It helps to know you have at least something in common with the people around you. It helps maintain people’s morale when you sit and talk shop.”

Allan Bailey, 78, of Wolfeboro, served in the infantry in Vietnam in 1968 and 1969, and is a relative newcomer to the Veterans Home. “None of us have met each other before. We commiserate about our lives and homes, what we did, and whether we have a dog or a black pickup truck.”

Over meals and during down time, Bailey and others talk about what they saw in Vietnam, a decidedly unpopular war, both at home and “in country” where U.S. troops were sent to rout the communist Viet Cong – and where most villagers preferred to live in peace and quiet.

The friendship he made with a fellow soldier from Texas who was assigned the same job lasted long after the war, for a total of 53 years. The relationship was preserved by phone calls and visits between New Hampshire and Texas, until his buddy, Darrell "Nick" Nicklas passed away last month, leaving a hole that will be impossible to fill.

“We were like two different pods with different peas in those pods, but we were good friends,” Bailey said. “It was a friendship based on situations we both shared, things we could reminisce about that were funny and not so funny.” Over the years their conversations covered life and marriage. Now, while social life remains curtailed because of COVID, Bailey goes out of his way to talk to other Veterans. Military service is an ice-breaking bond that unites people thrown together by circumstance.

“You get all kinds of stories up here,” said Bob Franklin of West Virginia, an Air Force Veteran who was stationed at Pease AFB in Portsmouth during Vietnam. He moved back to New Hampshire seven years ago to live with his son in Manchester, and relocated to the Veterans Home 14 months ago. “I was looking for a place to come and spend my last days. It’s God’s providence for me to be here.”

After years as a funeral director, Franklin acquired a patient ear and an abiding interest in people, including those going through rough spells. “Just let them tell their story and show interest,” he said, a foolproof way to spark connections.

Many veterans usually don’t like to air their struggles or setbacks. Those things stay bottled up — partly because of an unspoken, understood …