This photo, taken from the cover of a consultant’s report on possible uses for the former Laconia State School land, shows property adjacent to North Main Street that could be developed. (Courtesy file photo) 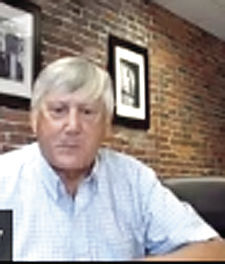 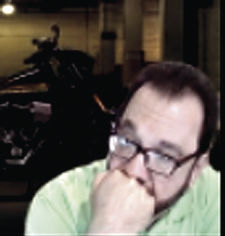 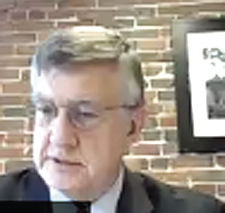 This photo, taken from the cover of a consultant’s report on possible uses for the former Laconia State School land, shows property adjacent to North Main Street that could be developed. (Courtesy file photo)

LACONIA — The panel working to transform the old Laconia State School complex into a multi-use development vowed to continue pushing the project forward with the aim of creating jobs and tax revenue just days after Gov. Chris Sununu attacked aspects of the endeavor.

“We have a strategic plan and a master plan, and we know what direction we want to take this,” Peter Spanos, a member of the Lakeshore Redevelopment Planning Commission, said at Monday’s commission meeting.

The meeting came less than a week after Sununu criticized the commission’s request for $16 million from the state’s forthcoming capital budget, and then knocked as a “terrible idea” legislation which would give the commission more jurisdiction over the development process.

While the governor’s name was never mentioned, nor were there any allusions to his remarks, some commissioners stressed that if the state is unwilling to invest some money in the project up-front, then it will lose money in the long run.

“You cannot get this project moving without good infrastructure,” commission member Rusty McLear told the meeting, “We would get pennies on the dollar if we don’t have infrastructure” in place, he added.

“The more uncertainty, the less price,” he said, explaining that if the commission were to market the 235-acre site without any improvements, private developers would offer less for whatever part of the complex they were interested in because of the added risk and obligations they would be taking on. “We need to put (a project) together that mitigates the risk.”

If the state does not invest some money, Baroni said, then the state would be “throwing (the strategic and master plans for the project) in the trash can.”

“At no time did we expect the state would put in $16 million” into the project, Commission Chairman George Bald said, referring to the capital budget request. “But the requirement is we need to put in the total amount.”

Commission Vice Chairman Robert Cheney noted that the law passed three years ago which created the commission states that commission is required to prepare a capital budget for the project.

Legislation which includes a bill to transition the commission into the Lakeshore Redevelopment Planning Authority is scheduled to come up for a vote later today when the state House meets in an extraordinary COVID session at the Whittemore Center arena at the University of New Hampshire.

Spanos, who also serves in the House, said, he expected “sufficient votes to get the bill passed.” But he said it is uncertain whether Sununu will sign the omnibus bill to which the Redevelopment Authority legislation is attached as an amendment.

New Hampshire's governor lacks a line-item veto, so if the omnibus bill reaches his desk Sununu must sign the bill in its entirety, veto all of it or allow it to become law without his signature.

The bill to create the Lakeshore Authority would permit it to award grants totaling $1 million and float up to $5 million in state-backed bonds for capital improvements.

Meanwhile, the commission is hoping to hear in October whether it will receive up to $1 million from the Northern Borders Redevelopment Commission to help pay for the installation of new infrastructure.

Though the language in the bill calls for the authority to replace the commission on Wednesday (July 1), Cheney said the law creating the authority would not take effect until after the review process which every bill passed by the Legislature mush go through before being sent on to the governor, and then only if the governor signs the omnibus bill.

In the meantime, Cheney said the commission will continue to operate.

“The commission does not go out of business on July 1,” he said.

Laconia Mayor Andrew Hosmer, who is working with Spanos to build support for the authority bill among House members, called the redevelopment effort a “critically important development to the city and the region,” and said, “I am very optimistic that we can keep this moving.”

McLear noted it is much harder to build interest in a development project in the central part of the state than in the southern tier.

“This is not like Nashua. There are not a lot of developers beating down our doors,” he said.

LACONIA — Gov. Chris Sununu said Tuesday he is opposed to putting a lot of state money into efforts to develop the Laconia State School proper…