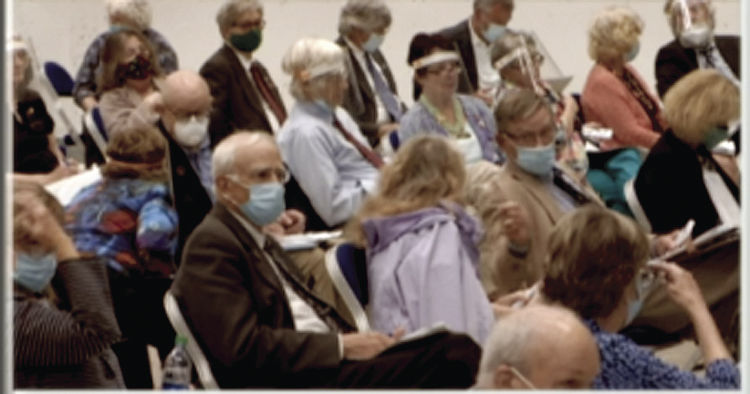 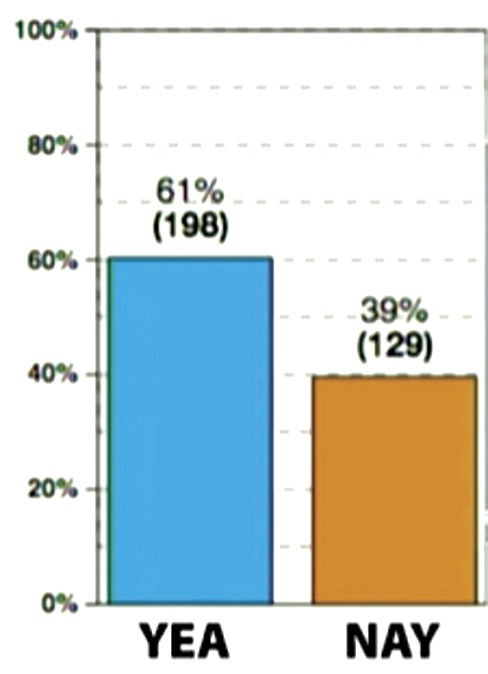 This display from the House of Representatives electronic voting system shows the final vote on a bill which includes legislation to create the Lakes Region Development Authority.

This display from the House of Representatives electronic voting system shows the final vote on a bill which includes legislation to create the Lakes Region Development Authority.

LACONIA — The effort to transform the Laconia State School property into a multi-use development took a step forward Tuesday when lawmakers in the New Hampshire House approved a bill creating a new panel to manage  the project and gave it more authority over the process.

The bill creating the Lakes Region Development Authority passed by a vote of 198-129.

The state Senate passed the measure two weeks ago.

Under the legislation, the authority would have the power to authorize the letting of contracts and the purchase of land connected with the development. It would also permit the authority to award grants totaling $1 million and float up to $5 million in state-backed bonds for capital improvements.

The bill, sponsored by state Sen. Chuck Morse, R-Salem, was attached as an amendment to an omnibus bill which contains legislation for several unrelated purposes.

Once the bill has received a final review by the Legislature, it will be forwarded to Gov. Chris Sununu. Last week Sununu called the authority proposal a “terrible idea.” But because the measure is contained in an omnibus bill, the governor either has to approve everything in the legislative package, veto the omnibus bill in its entirety or let it become law without his signature.

“This will get the project moving in earnest,” said George Bald, chairman of the Lakeshore Redevelopment Planning Commission which, under the provisions of the bill, will be replaced by the authority. “The authority will be able to do more work” to move the project forward.

“This is good news for Laconia and the continuing mission of the Planning Commission,” state Rep. Peter Spanos, of Laconia, said after Tuesday’s vote which was held at the Whittemore Center arena at the University of New Hampshire because of the coronavirus.

Spanos and Laconia Mayor Andrew Hosmer had been lobbying legislators in recent weeks to build support for the bill.

But given Sununu’s comments last week, Hosmer said winning over the governor remains a challenge.

“We have our work cut out for us,” Hosmer said. “We have to convince him this is a good bill.” He added that any money the state spends now on infrastructure or other improvements to prepare the complex for development will “enhance the value of the property” when it is sold.

The bill makes the authority responsible for:

• Transfering the 235-acre site to private ownership, through development designed to create jobs, promote economic development and produce tax revenue for the city and the state.

• Integrating redevelopment of the complex with the city of Laconia’s Master Plan and adjacent and nearby state facilities.

• Reducing the costs and other financial burdens on the state resulting from state ownership, operation, and maintenance of the complex.

• Recognizing and memorializing the prior use of the site as the former Laconia State School, which was for decades where people with developmental disabilities resided.

• Returning to the state – when the authority ceases to exist or sooner – money equal to the total cost of any bonds issued by the state in support of redevelopment at the complex.

Spanos sounded a note of optimism regarding the bill’s fate once it reaches Sununu’s desk.

“The governor has assured me he wants to get this property sold to private developers ASAP and he is a man of his word,” Spanos said. “We look forward to getting this done for Laconia, Belknap County, and New Hampshire.”

Bald said he has not spoken with Sununu recently, but said he hoped to have the opportunity to do so soon. He said in any future discussion with the governor he would stress what the commission has accomplished so far and how that progress would continue under the new authority.

“I have to believe the governor will have to let this go forward,” he said.