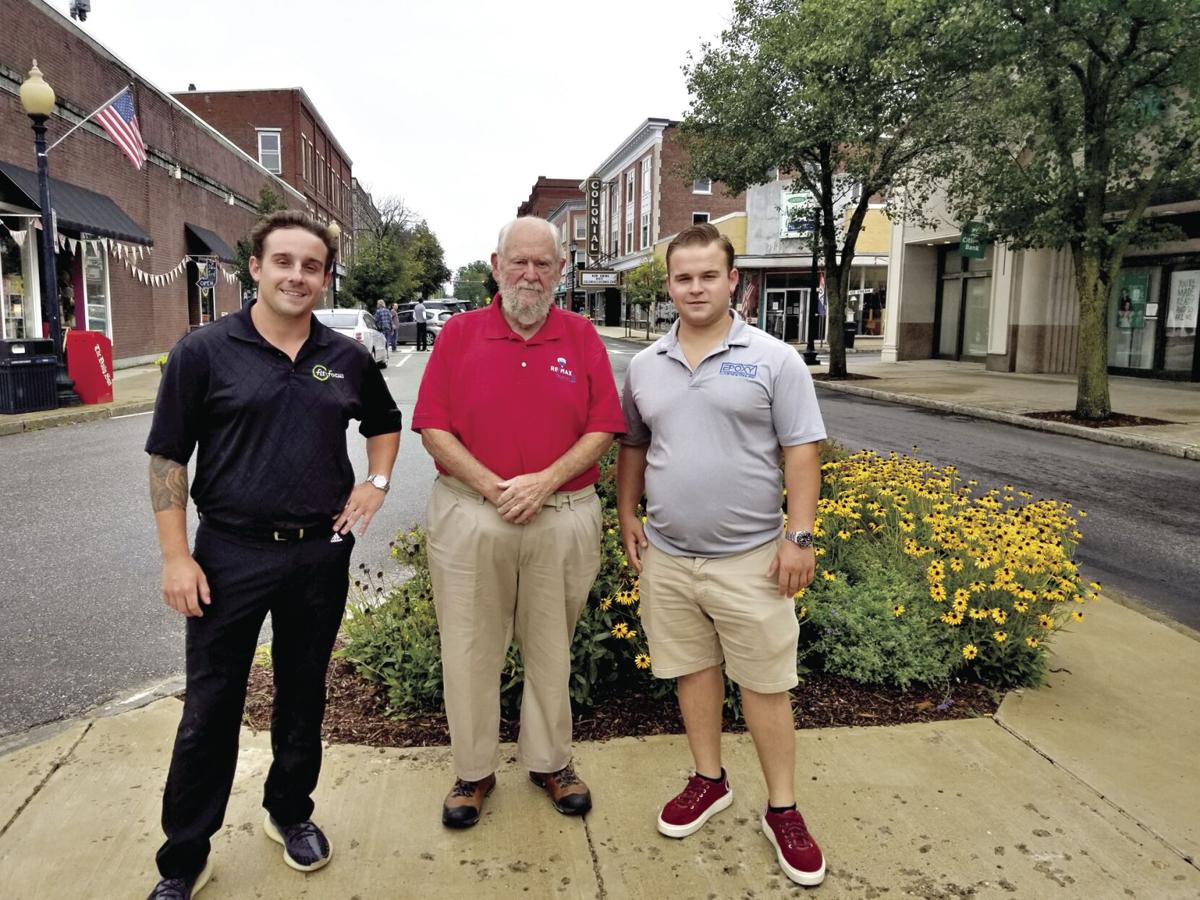 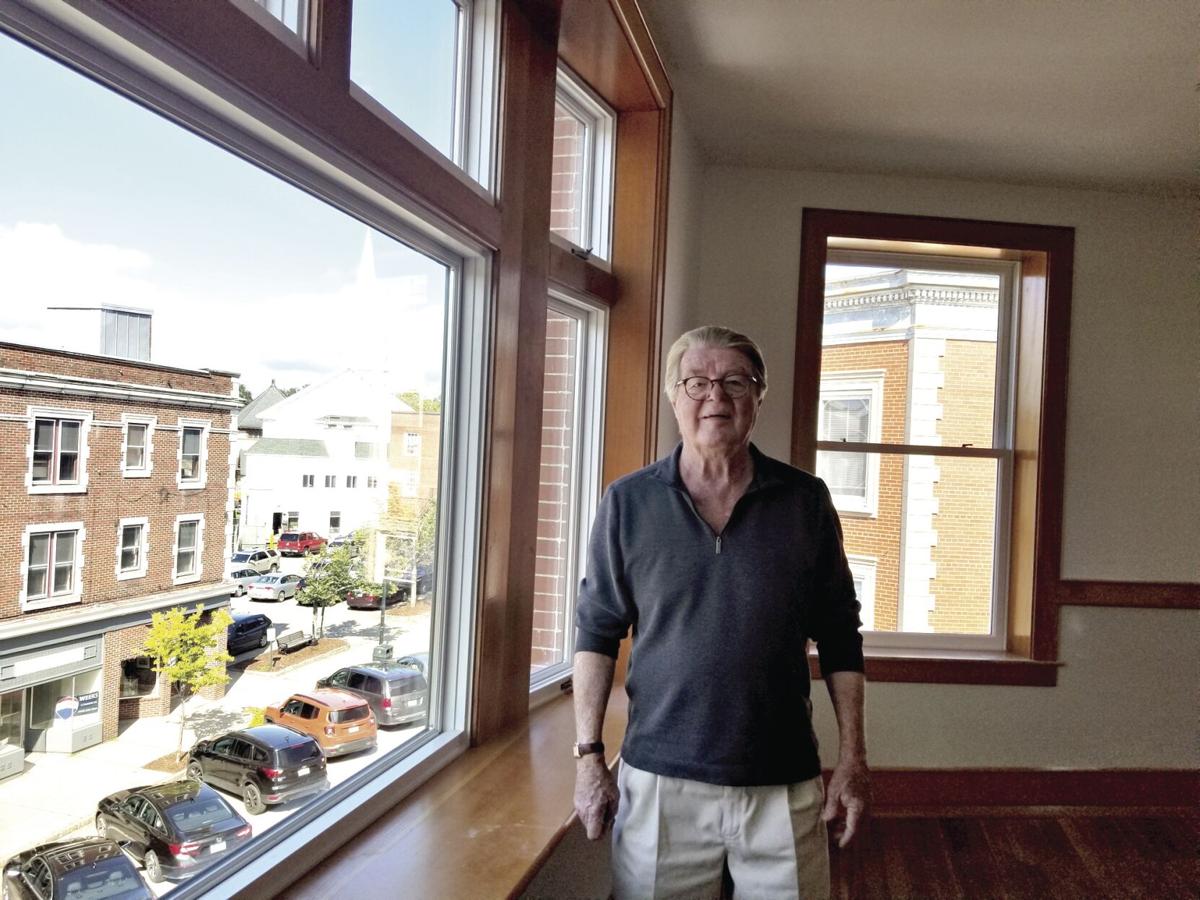 Rusty McLear in one of the new residential condos he built on two floors above the Colonial Theatre in Laconia. (Roberta Baker/The Laconia Daily Sun photo)

Rusty McLear in one of the new residential condos he built on two floors above the Colonial Theatre in Laconia. (Roberta Baker/The Laconia Daily Sun photo)

With other longtime business owners, and those who have set up shop in the last few years, they are entrepreneurs, facilitators and cheerleaders who want to turn downtown into a destination – a bustling neighborhood and Main Street where people gather, enjoy life and stay.

It’s a movement they are nurturing, and one that is gaining steam.

Within the past 18 months, downtown has blossomed. Defiant Record and Craft Beer opened next to the entrance to the Colonial Theater. Koung Sushi, Piedmont Print and Frame and Trillium Farm to Table  now occupy a row of storefronts on Canal Street to Beacon Street East. Flower boxes line Main Street’s sidewalk. Boutique-style vendors with  stylish interiors and open doors lure foot traffic and cause passing cars to pause. Locals meander for morning coffee and pastries, lunch, or beer and appetizers after work.

Downtown Laconia is turning a corner.

“It’s always been a beautiful downtown.  It just needed a little love, and more people advocating for it,” said Borghi, who opened Fit Focus, a large, full-service fitness center, on Main Street two years ago.

“There’s a confluence of young people with energy and ideas, who know how to service the younger people,” said Clement, who opened the Sundial Shop in 1972, a Main Street landmark for 37 years. Clement now sells real estate at ReMax Bayside, in the same building that once housed his eclectic store. “Now it’s important to selectively bring in what the community needs, and what office and retail needs, and cater to that.”

The architecture, charm and potential of downtown Laconia drew Borghi, his brother, Derek, and their father to purchase the spacious structure, formerly the site of Grace Capital Church, for conversion into a metropolitan-style big-box health club. It now pulls before-and-after work athletes from as far as Alton, Wolfeboro and Center Harbor, Borghi said.

“I came up here and said, ‘This place is beautiful. Look at all the historic buildings,’” said Borghi, who moved here from Boston. “Four years ago, it didn’t have the buzz that it has now.”

Fit Focus attracts “people who are interested in wellbeing and spending money downtown. After a workout, you’re hungry and thirsty. You want to grab a cup of coffee or get your shoes repaired,” he said.

New tenants in his building, which includes the ground floor of the city’s parking garage, include Meraki Hair Salon, Luxe Lashes by Antonia, and GoodNatured Juice and Smoothie Bar, which is expected to open Wednesday, featuring an art-deco style living room and revolving local art.

“I wanted this space to not just be a juicery, but a place you can hang out,” said owner Vincenzo Sisti of Gilmanton. ”I want the color to come from plants and local artworks on the walls – things that generally make people happy from a psychological standpoint.”

In general, people want an in-person experience, and things that cater to their personal tastes.

“The whole mall thing isn’t as popular anymore. Main Street is really the ‘it’ thing,” said Jose Diaz, an optician who moved to the Lakes Region from Boston, opening Spyglass Eyewear downtown in July 2020. The pandemic, he said, allowed more people to work remotely, made them tire of social isolation and life over Zoom, and prompted them to shop locally and search for more signature items instead of chain store uniformity.

Once the Colonial Theatre’s restoration became secure, downtown rebirth “started to mushroom. One business opened, then another,” said Diaz. With the city’s backing and interest from developers and start-ups, “It’s a perfect storm. The community, as a whole, is cheering for everyone to succeed.”

The goal now is to keep the momentum going, and turn downtown into an engine that is self-sustaining and resilient.

On Tuesday Sept 21, from 5 to 8 p.m. at the Lakeport Opera House, Mayor Andrew Hosmer, Meredith developer Rusty McLear, Concord developer Stephen Duprey and local restaurateur Karen Bassett will lead a community-wide conversation moderated by businessman and former mayor, Mike Seymour: LAKEVIEWS: Downtown Development Panel Discussion and Artful Networking Reception. There are no more seats available for the event, but it will be live-streamed by LRPA and available for later viewing.

Panelists will talk about what works and what doesn’t and share their ideas and experiences of downtown renaissance.

It’s a story that is unfolding elsewhere in New Hampshire, as mill towns with character are rediscovered and refurbished, and the change is dramatically visible in Laconia. Young business owners with passion and experience are hoping to redefine the city’s core in ways that will endure.

“It takes a village, and you can really feel that. Now, if you need retail therapy, you can get it here. The match that accelerates (downtown development) is the arts,” said Diaz of Spyglass Eyewear. “I’ve seen it work in New York and Boston. It’s an artisan thing, too.”

Destination stores and services pull from a wide area, and spark more to take root downtown, as long as there is ample parking. Energy and enthusiasm are essential – and contagious.

“If we want to see something we want downtown, we’ll do it. We want to keep local alive,” said Karen Bassett, owner of Wayfarer Coffee Roasters, which serves a variety of brews to all levels of palates. Since opening in 2015, the cafe has morphed into a downtown meeting place, as well as a hot spot for regulars who stay for hours while working remotely.

Bassett and her husband Reuben, who are in their 30s, opened Burrito Me in 2010, followed by Wayfarer on Main Street in 2015. They bought Local Eatery in 2019, and opened Wayfarer Coffee Lakeport in the first floor of the Lakeport Opera House in 2020.  She said she would like to see more restaurants colonize downtown, including sit-down and outdoor alternatives. “For us, we’re excited,” she said. “The more options we have, the more people are going to be coming to this area.”  The goal is to encourage and keep a perpetual stream of newcomers, regulars and tourists. “Just creating something that catches their eye as they drive through” would help do that, she said, with assistance from improved building facades, colorful store windows, and downtown lighting.

“What I hope we’ll see is people who are 35 and just starting out, who look at downtown Laconia as a place to plant their flag or start their career,” said Rusty McLear, 75, who spearheaded the revival of Meredith in 1983, by turning a former asbestos factory into a hotel complex. Recently McLear built nine high-quality, mid-priced condominiums on two floors above the Colonial Theater. Last week all but two were sold.

For a downtown to thrive, there needs to be desirable housing in a place people want to live, then the economic revival effect is synergistic, said McLear. “If any downtown is going to be truly successful, the downtown living facilities need to be successful. You have to have people who add to the community by living there. Whatever gets done downtown needs to be good to very good quality, and not terribly, very expensive. It has to attract people for quality and affordability.”

There are rumblings of further residential expansion. In the past year, the former St. Joseph’s Church rectory was purchased by a young couple with children, who have made the Victorian era rectory their primary home. The adjacent, former Catholic school building is being turned into apartments within a short walk of downtown.

“Whoever thought there would be a sushi restaurant in downtown Laconia?  There are a lot of things here that are pushed by the Colonial that are being done independently,” said McLear. “What it has now is that it’s an attractive downtown in a great region between Lakes Winnisquam and Winnipesaukee,” that stays alive with fall tourism, winter activities and skiiing at Gunstock, “which just had its best year ever in the middle of the pandemic,” said McLear, who sits on the board for the county-owned recreation facility.

“A lot of new people are looking at the area.  When you put good ideas together with capital, you’ve got a potential working project.” One piece in a vacuum is never enough. With the restored Lakeport Opera House, “There’s a really good start to building momentum that will catch fire. If the state school property is developed properly, that could be a big thrust for Laconia.”

The arts are the spark, and the anchor for growth