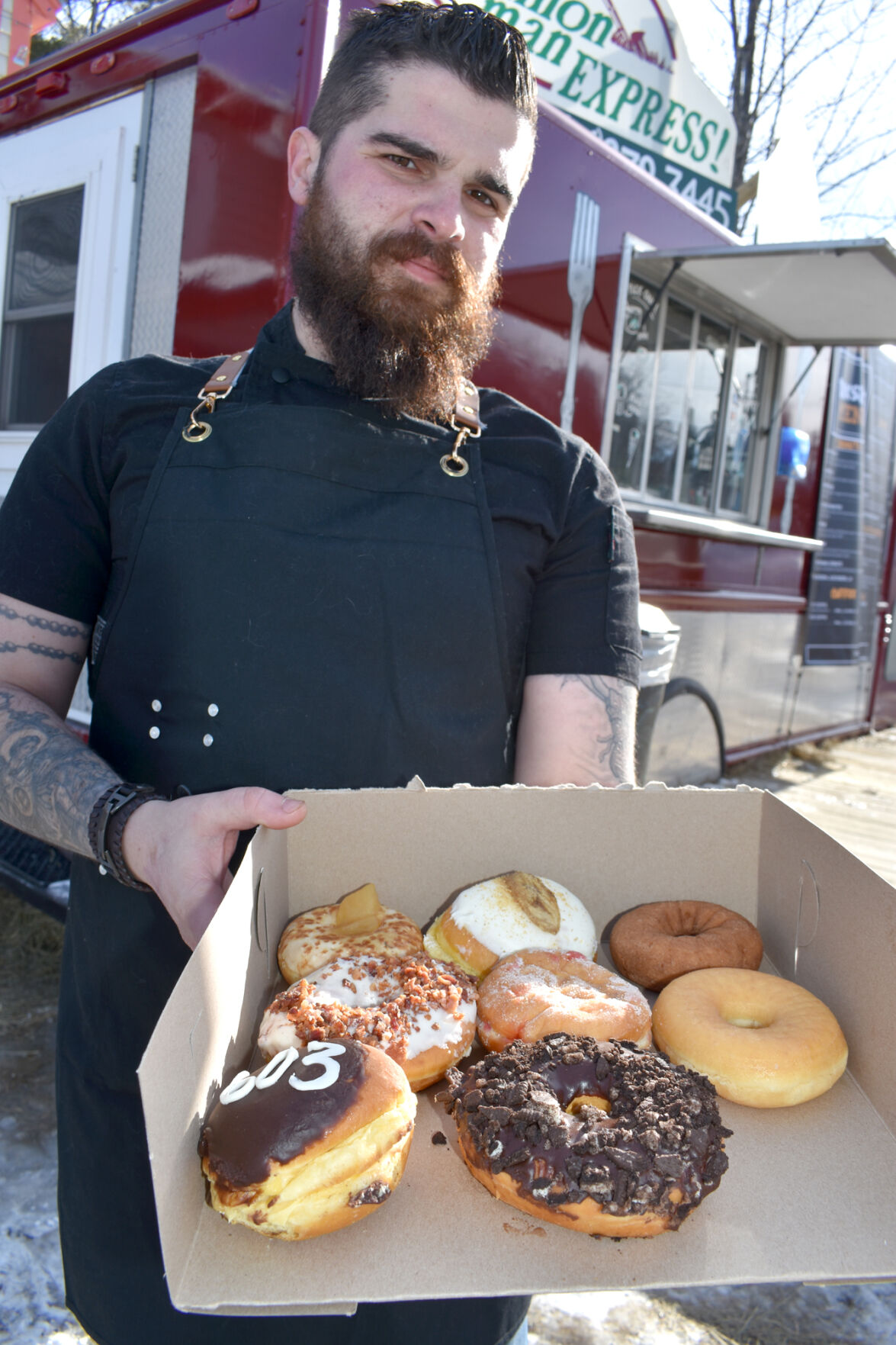 Tony Bomba, chef for the Common Man family of restaurants, has found that his doughnuts have been so popular that his wife now calls him "Tony Bagadonuts." (Adam Drapcho/The Laconia Daily Sun photo) 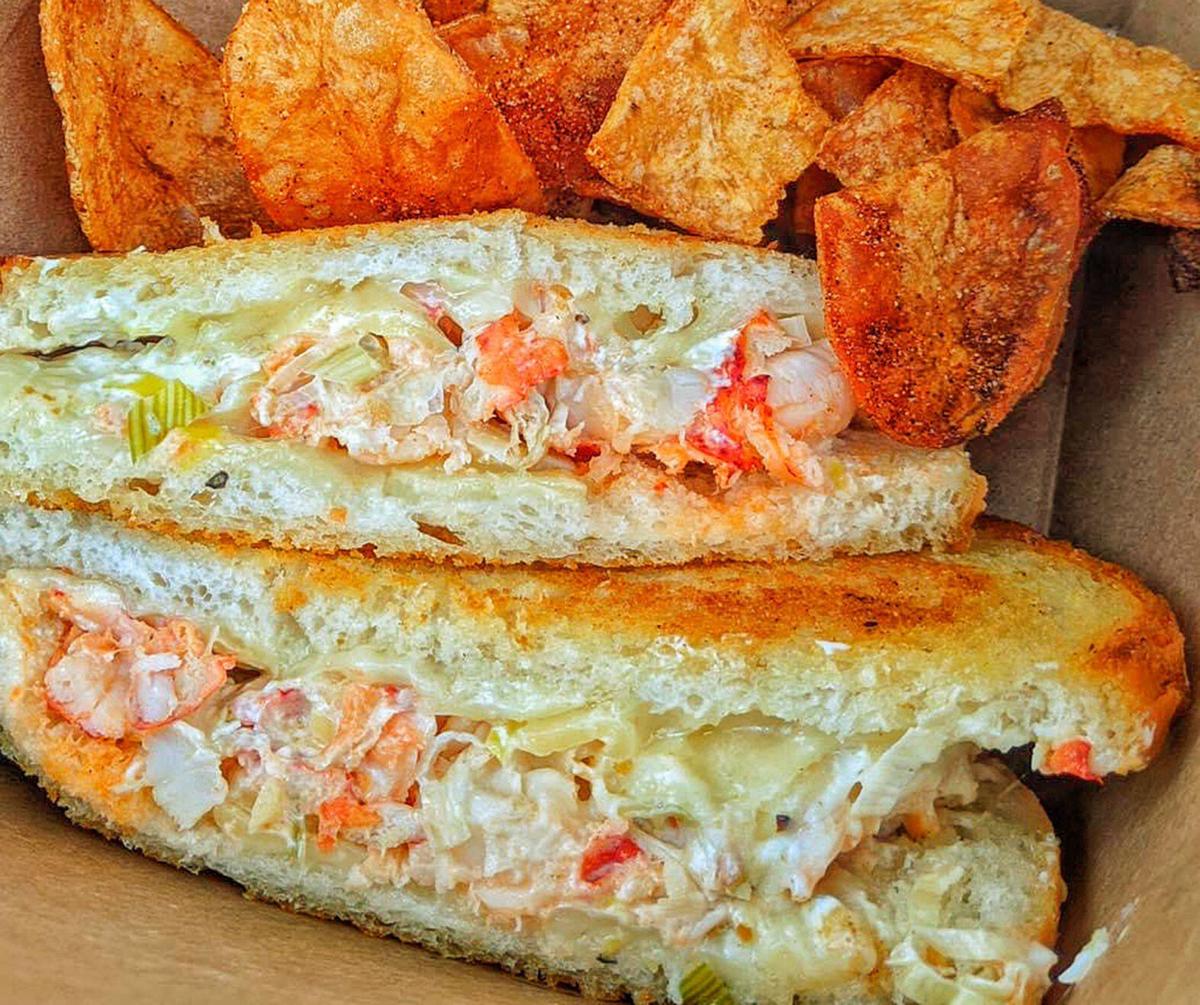 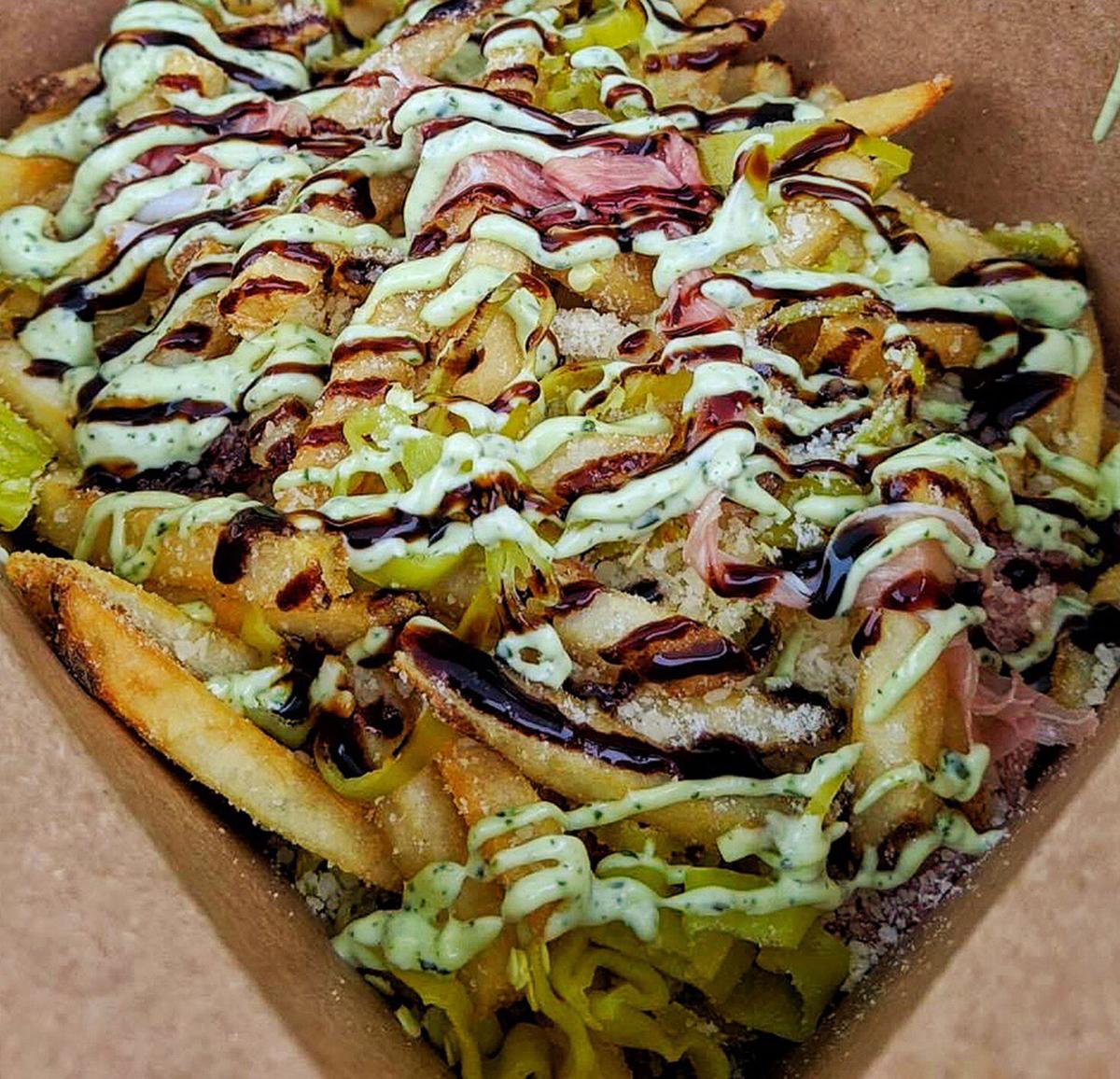 Tony Bomba, chef for the Common Man family of restaurants, has found that his doughnuts have been so popular that his wife now calls him "Tony Bagadonuts." (Adam Drapcho/The Laconia Daily Sun photo)

MEREDITH — The plan for the food truck parked in front of the Town Docks restaurant was to serve a variety of take-away food items – sandwiches, coffee, french fries smothered with various toppings. But the first social media post mentioned doughnuts, and the general public said, “You had me at ‘Doughnuts.’”

Tony Bomba, executive chef of Meredith specialty concepts for the Common Man family of restaurants, said the food truck opened two weekends ago, coinciding with the New England Pond Hockey Classic, and they had a line of locals waiting for doughnuts as soon as they opened.

“It just kind of took off,” Bomba said. Common Man has been doing “surprisingly well” during the pandemic, Bomba said, though certainly not as well as they would be doing in a normal year. The food truck was the idea of founder Alex Ray, Bomba said, to serve those people who would feel most comfortable ordering food through a take-out window in order to limit risk of spreading the coronavirus.

“It’s very COVID-conscious,” Bomba said. “We’re outdoors, we have social distance signs out, people are waiting in their cars until their order is ready, it’s definitely working out in these unfortunate times.”

Bomba created a short menu of the kind of food that can easily be eaten while strolling between bobhouses on Meredith Bay, yet also showcases his creativity. There’s a lobster grilled cheese, which has Maine lobster meat paired with gruyere cheese and creamed leeks, pressed between Italian panini bread. There are also the North End fries, topped with parmesan and truffle, cured hams and pepperoncini peppers, then drizzled with pesto aioli and a balsamic reduction.

But if you’re like most people who have visited the Common Man food truck, you want to know more about the doughnuts.

“The intention was not to be a doughnut truck, to be honest,” Bomba said. Yet, a doughnut truck is how it is known to many. Bomba’s team starts in the pre-dawn hours at the Lakehouse kitchen, a short walk from the truck, baking a variety of both cake and raised doughnuts.

They make the usual standards – jelly filled, glazed, chocolate frosted, etc. They have a take on a classic Boston Cream doughnut, but they also have some that stray from the norm.

The “Lumberjack” tops a yeast doughnut with maple icing and bacon bits. The “Flying Monkey” has banana cream pie filling and a slice of caramelized banana on top. Last weekend they made an homage to s’mores – a ganache-topped doughnut with graham cracker pieces and torched marshmallows. Bomba said the favorites so far have been the “Chocolate Wasted,” which is about what it sounds like, and the “Frost Heaves,” topped with chocolate icing, Oreos and peanut butter.

That weekend’s special creations are posted through the Town Docks social media channels, and Bomba said most people show up with a certain one in mind. But, he said, they intentionally make a limited amount of doughnuts – they want people to eat them when they’re still fresh, he said – and they move on to lunch items around 11 a.m. If people can’t get what they came down for, he said they’ve been flexible.

“People don’t really care what doughnut we run out of. Whatever we have, they’re happy with, which has been surprising.”

Also surprising, he said, has been who has come to the truck. Their intention was to draw people who might be in town for the hockey or the derby, but it’s largely been the year-round locals.

“The locals have been the biggest supporters of the truck, we’re very appreciative of that,” Bomba said. “Just doing out-of-the-box ideas for doughnuts has been the basis of our success.”

The food truck makes sense so long as the Town Docks is closed for the season. With the amount of traffic that it’s generating, Bomba said they’ll have some difficult decisions to make if the interest in doughnuts continues to the point where the restaurant is ready to open for the warm weather.

“Right now, we’re thinking of doing just Friday, Saturday, Sunday. Nothing’s set in stone,” he said. Right now, they’re selling 500 to 600 doughnuts each weekend, and it would be hard to close if those numbers continue. “We have a line for doughnuts before we even open.”

It might not have been the thing he thought the truck would be known for, but he’s happy to have found a new way to connect to local diners. After all, he said, most successful musicians don’t pick which songs they will end up having to sing at every concert for the rest of their career.

Student's idea to help homeless becomes a reality in Laconia