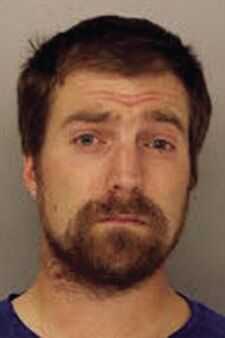 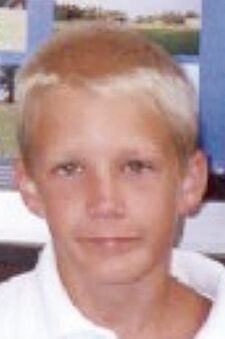 Will Addis as a boy, in a photo provided by his attorney.

Will Addis as a boy, in a photo provided by his attorney.

MOULTONBOROUGH — A one-time counselor at a boy’s summer camp has been indicted for repeatedly sexually assaulting a camper over a period of three years.

A Carroll County grand jury indicted Matthew Scavitto, 37, on two counts of aggravated felonious sexual assault, alleging that he sexually abused a camper “repeatedly over the course of three summers,” the indictment states.

The alleged assaults began in 2001 when the victim was 10 and continued through the summer of 2003, according to the indictment issued last Friday.

A bail hearing in the case has been scheduled for next Thursday in Carroll Superior Court, according to court records.

“The victim, Will Addis, alleges that Scavitto raped him dozens of times while he was a camper at Camp Tecumseh from the ages of 10 to 12 years old,” Addis’s attorney Eric MacLeisch said Tuesday.

Addis, who is in the process of moving from Massachusetts to Maine, spoke at length about the alleged assaults and the ensuing trauma he experienced in an article and his published in The Daily Sun in July.

In the July article, Addis said he decided to go public with his story in the hope that it would help other young sex assault victims.

Speaking Tuesday, Addis said in the ensuing months one of the biggest lessons he has learned is that “contrary to popular belief vulnerability is a strength.”

He said that by embracing his vulnerability he has been able to get the kind of mental health care that is helping him move forward.

He said that treatment has taught him ways to deal with traumatic memories as well as the importance of having a good support system.

Coming to grips with suppressed memories, Addis said he feels like he is “going through the development of a 10 or 11-year-old in a 31-year-old body.”

“What I am going through needs to happen in society at large,” he said.

In June 2015, Scavitto, of West Chester, Pennsylvania, was arrested and subsequently convicted in on charges of institutional sexual assault and corruption of minors when he was a teacher and coach at a boarding school in Malvern, Pennsylvania, where he lived in an on-campus apartment. The assaults took place between 2013 and 2014. The victim in that case alleged sexual assaults continued at Camp Tecumseh, where Scavitto served as a counselor every summer from 2001 to 2015. Scavitto taught at the boarding school between 2009 and 2014.

Addis filed a civil lawsuit against Camp Tecumseh last November, alleging that the Camp leadership and staff failed to protect him and other campers from Scavitto, and failed to take action on multiple reports of child sexual abuse. The case was subsequently settled.

“I am incredibly grateful to the Carroll County Attorney and the Moultonborough police, especially Sgt. Jody Baker, for pursuing justice in this case,” Addis said in a statement released by MacLeisch. “I hope more Scavitto victims will continue to come forward so that this serial child molester can be permanently removed from society in order to protect children everywhere and give his victims some hope for healing.”

In the July article in The Sun, Camp Tecumseh head trustee Cornelius Merlini said that once the camp became aware of Addis’s account of what happened between him and Scavitto, it responded to Addis in a supportive way.

In 2015, after the Pennsylvania charges and conviction came out, the camp cut ties with Scavitto, notified police and child protective services and conducted an internal review with the help of child protection experts.

“Our top priority is to protect and support our children. We should encourage campers to talk about their feelings and camp experiences and offer sensitivity and respect for the privacy of the victim and his family,” the camp said in a letter to parents at the time.