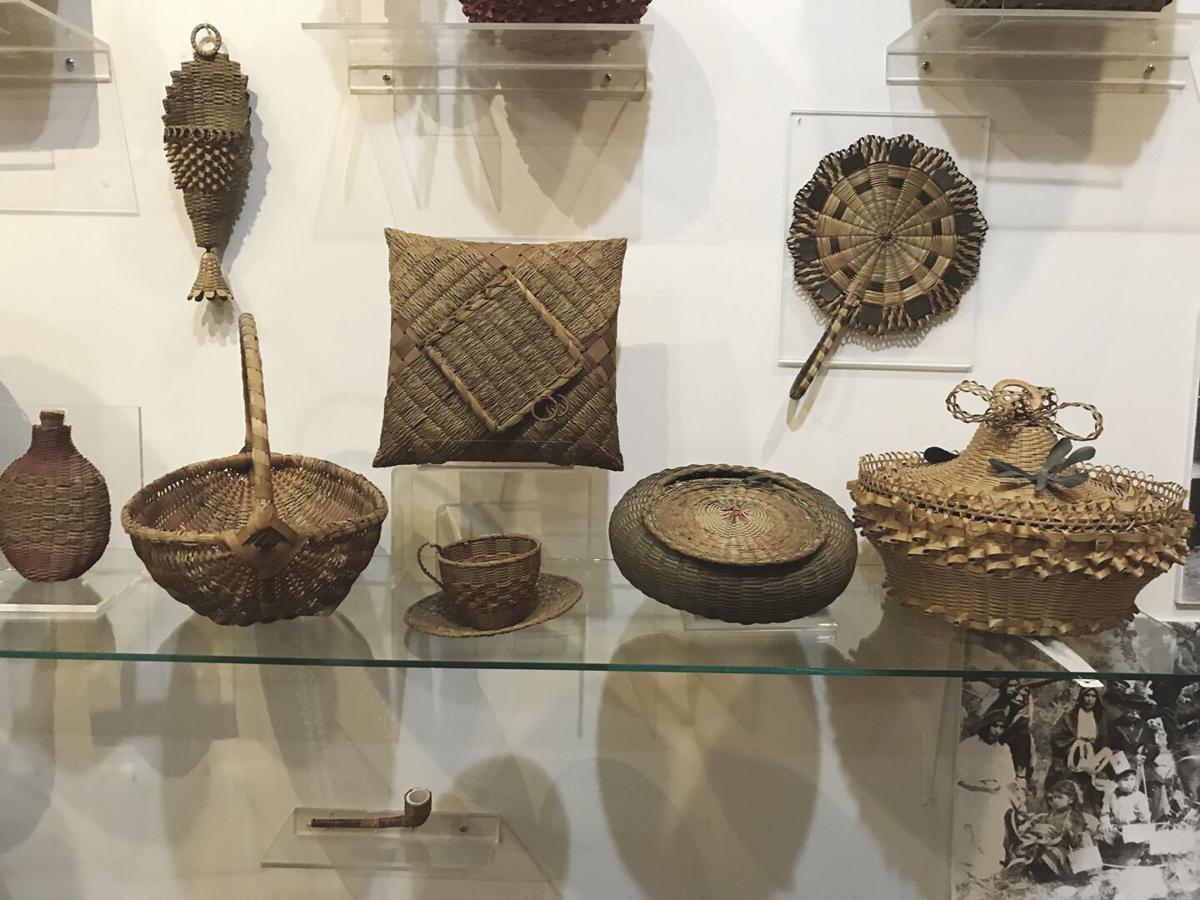 Baskets and canoes on display at the Mount Kearsage Indian Museum. (Courtesy photo) 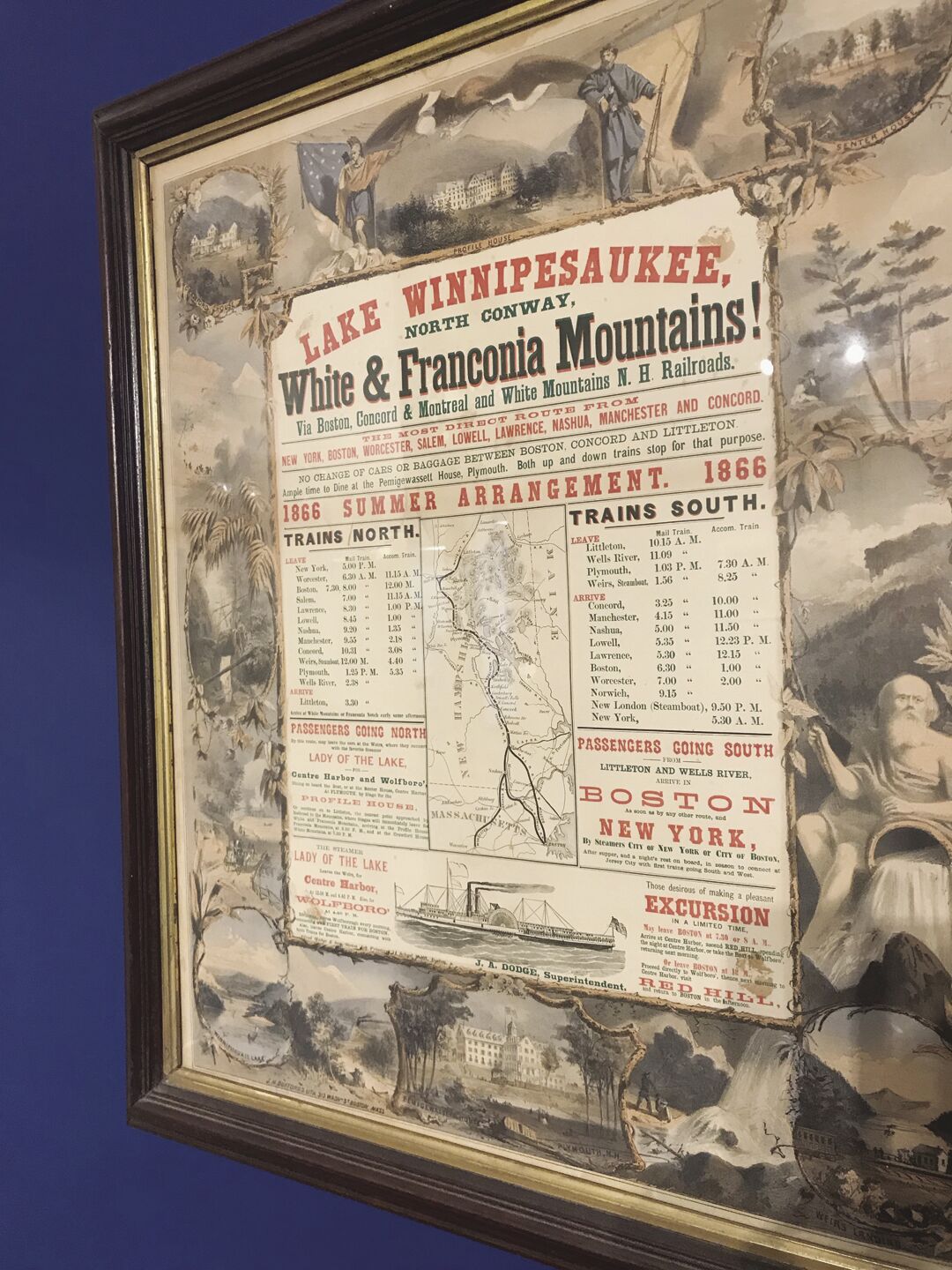 Poster on display at the Museum of the White Mountains in Plymouth. (Courtesy photo)

Baskets and canoes on display at the Mount Kearsage Indian Museum. (Courtesy photo)

Poster on display at the Museum of the White Mountains in Plymouth. (Courtesy photo)

“Get Lost” was the description of Robert Macfarlane’s review of three books published around the subject of navigation and appearing in the July 1 issue of The New York Review of Books. I was fascinated by his review, and not just because I have been an admirer of his writing and research for years. I am also interested in cartography, the study and practice of making and using maps, which combines science, aesthetics, and technique so spatial information around landscapes can be communicated from one person to another.

The exhibition has two historical themes. First, "the development of surveying and mapping technology from the 18th century to the present, as it has been applied to the White Mountains.”

Second, “the changing purposes and uses of maps in the White Mountain region, as the culture, politics, and the economy have changed over nearly four centuries.” We are also reminded, walking through the exhibition, and reading the quotes posted on the walls, that is it maps that tell us where we are, where we have been and where we are going.

Thinking of mountains, maps and landscape made me think of the Native Americans who were the first people to map their way through the mountains of New Hampshire. I had never been to Warner, where the Mt. Kearsarge Indian Museum is located and spent a fascinating morning there. Warner is a small town in the western part of Merrimack County’s 18 miles northwest of Concord. Mount Kearsarge, at 2,937 feet above sea level, is the highest point in Merrimack County and the third tallest peak south of the White Mountains.

The man behind the founding of MKIM is Bud Thompson, who died at age 99 on Aug. 12. I only wish I could have met him. Not only did Mr. Thompson play a role in establishing the Canterbury Shaker Village, it was his collection of Native American artifacts that led to the founding of the MKIM.

His fascination with Native Americans began when he was young boy in 1929:

“Grand Chief Sachem Silverstar of the Pequot tribe visited a second-grade classroom and delivered a message that transformed the life of one young boy, Charles 'Bud' Thompson. Silverstar emphasized the uniqueness of each individual and their interconnectedness to all other life. He told the children that within each of them was a special power, a talent, that could make the world a better place and that he hoped to someday hear how every one of them had made a positive difference. That same year, while on summer vacation at his grandfather’s farm in Connecticut, Bud found an arrowhead and his lifelong love of American Indian artifacts was cemented.”

Studying Native American history, we learn about landscape and navigation. The Mt. Kearsarge Indian Museum is situated on Abenaki land where for thousands of years these tribes lived in New England. Abenaki people still thrive and approximately 3,200 reside in New England, continuing to share their traditional values, artistry, and respect for nature.

Many of the artifacts, canoes, baskets, blankets, and other necessities the Native Americans built and used as they lived and traveled in the U.S. are on view at MKIM. Many of the maps of indigenous people were shared through storytelling or by drawing on birch bark.

Next to the museum is a Medicine Woods Trail on the site of what was once an unofficial dump with “coils of barbed wire, a broken manure spreader, an old safe minus its door, a refrigerator, lengths of rope, smashed glass and bald tires once littered what is now a peaceful refuge from the hectic pace of the modern world.”

At the MKIM they speak of a prevailing metaphor — “that of the tapestry. If America is seen as a great weaving, in which unique strands retain their distinctiveness while adding to the beauty of the whole — then Native Americans are the original strand.”

In Macfarlane’s review he points out that we can "trace the art of navigation back to the first human wayfinders." The three books Macfarlane reviews consider how our human brains help us navigate the world and as we now “rely on GPS-enabled phones and vehicles, so we degrade our abilities as wayfinders.”

It’s not too late to visit Wayfinding: Maps of the White Mountains. If you have never visited the MKIM you might enjoy spending Sunday, Sept. 26 there when they celebrate the Harvest Moon Festival and Naturefest. It will help you think about not losing your ability as a wayfinder. Something I never want to lose.

Listen to Elizabeth on the Short Fuse Podcast found on Apple or Spotify, follow her on Instagram @elizh24 or send her a note at elizabeth@laconiadailysun.com. She is an author and journalist. Her books include Ned O’Gorman: A Glance Back, a book she edited (Easton Studio Press, 2015), A Day with Bonefish Joe (David R. Godine, 2015) and Queen Anne’s Lace and Wild Blackberry Pie, (Thornwillow Press, 2011).