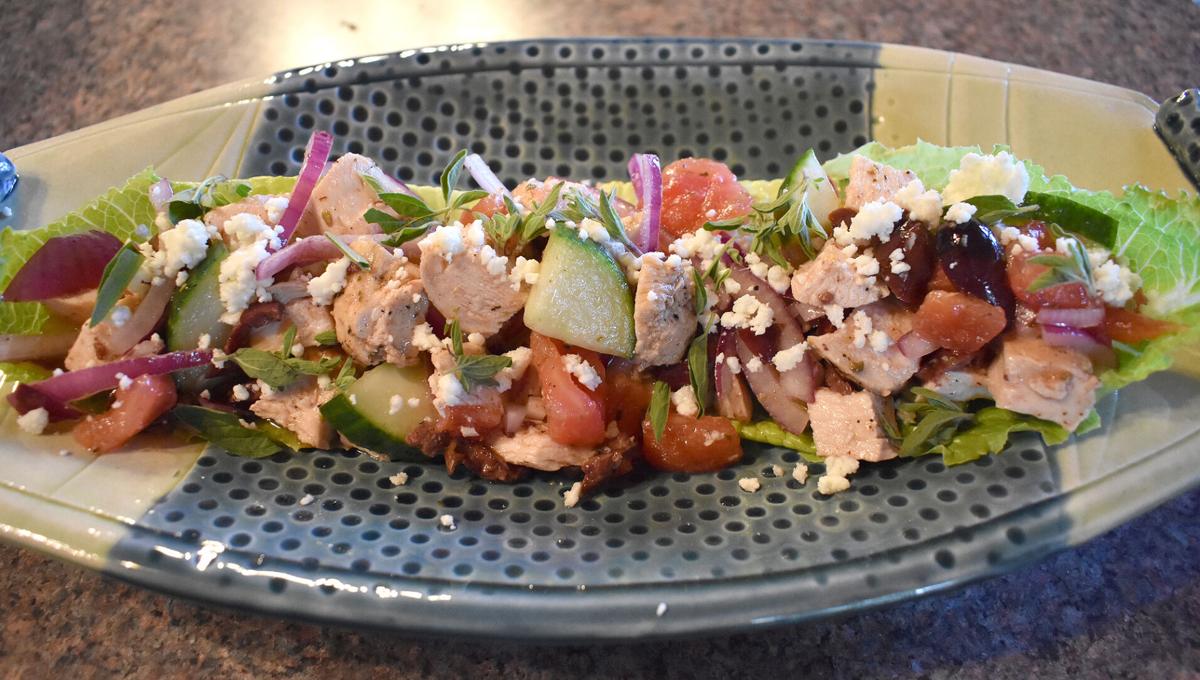 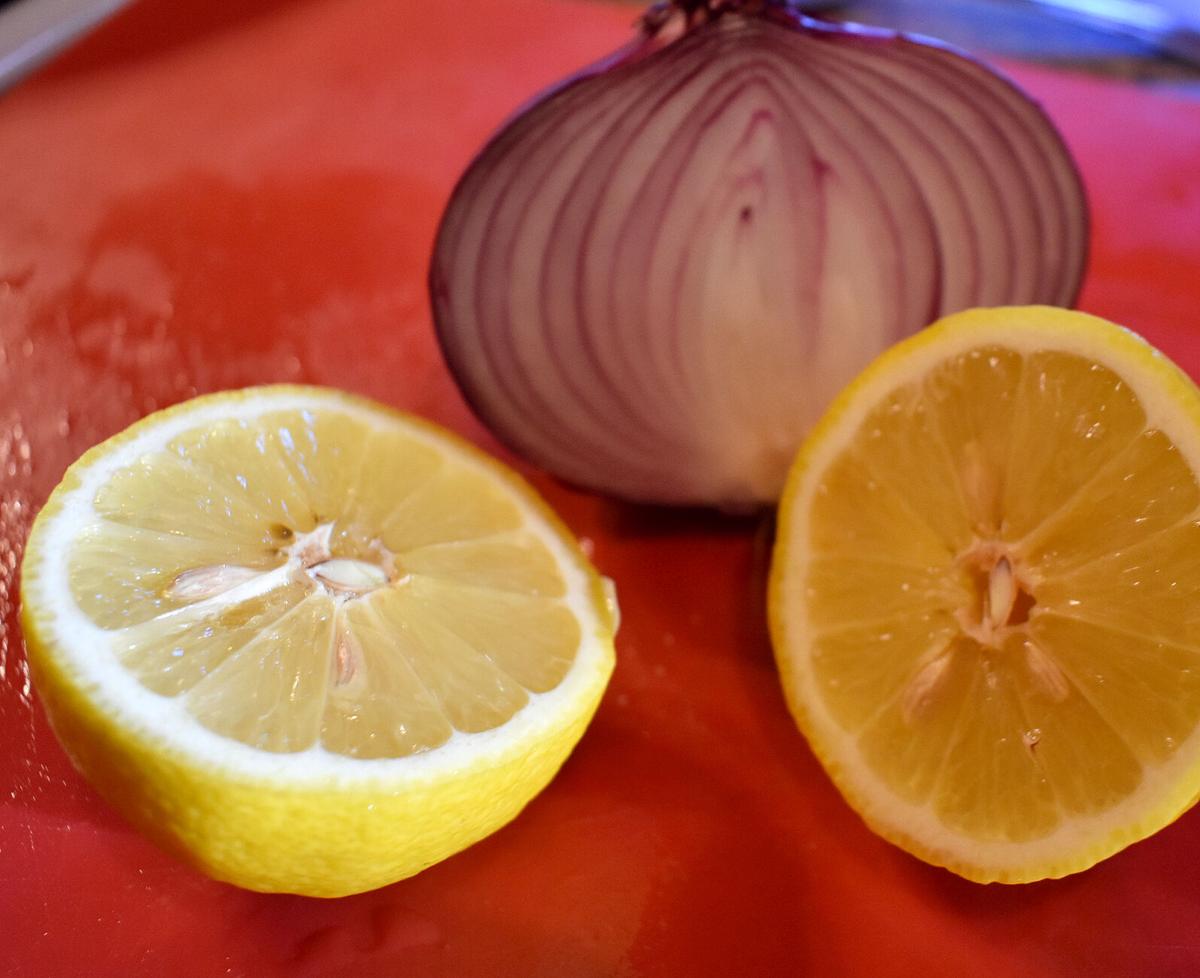 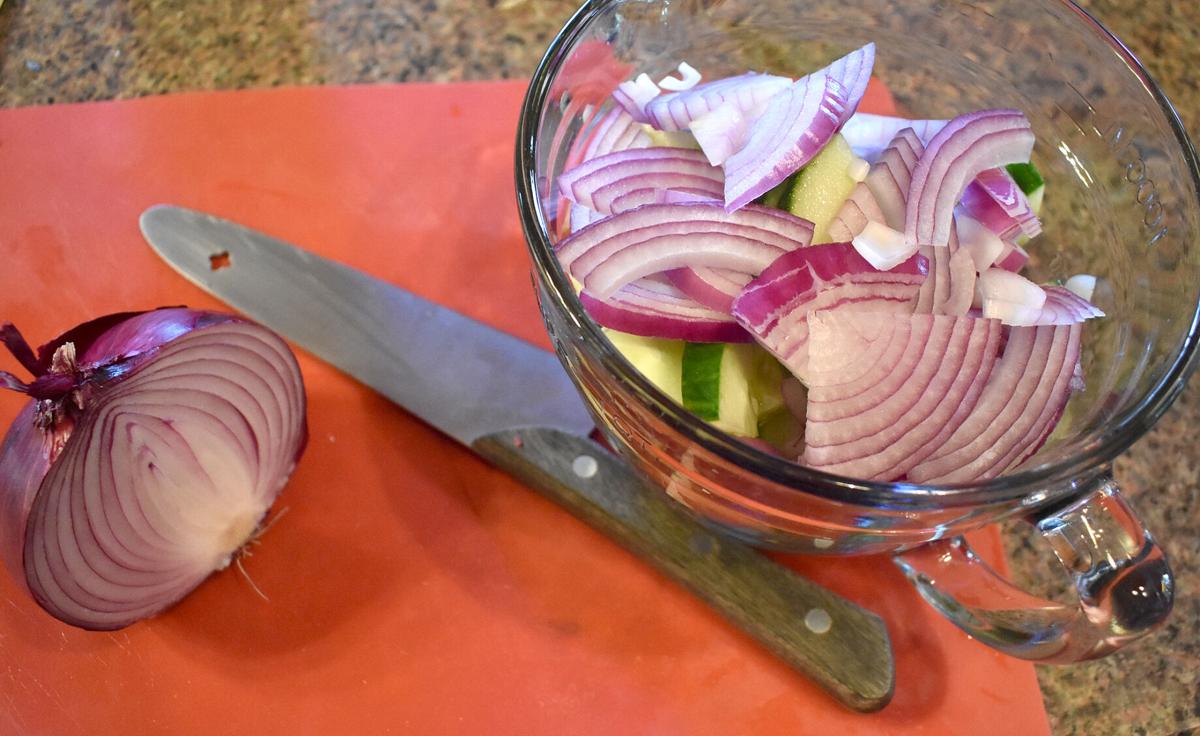 There are so many ways you can prepare a delicious chicken salad in the dog days of summer without heating yourself and the kitchen in the process. Ever since we went to Greece with the children, many years ago, I have been smitten with Greek food. We chartered a boat and sailed in and out amongst the islands in late August. The cloudless azure sky, the sparkling water, and the gentle breezes, so enchanting, that even the usual brother/sister sniping ceased. We anchored in coves only known by our guide Dimitri. We would swim and then we would eat. Oh how we would eat! Juicy ripe tomatoes, tangy feta cheese, plump ripe olives, and fish or chicken on the portable grill. Ever since then when we have a hot spell I cook Greek. When the children were still at home they would say, “It must be hot, there goes mom into her Greek phase again!” The flavors of this salad evoke sunny memories.

To prepare chicken for salad there are several ways to cook it. You may roast, broil, or boil the bird; skinning after cooking to retain the juices. A 2 ½ to 4-pound bird roasted yields about 4-4 ½ cups. If pressed for time you can purchase the chicken already cooked at the deli counter – leaving you more time for fun in the sun.

3 Tb lemon juice (about half of one lemon)

¾ kalamata olives or other black olives, pitted and coarsely chopped

Place chicken breasts in shallow dish. Mix together olive oil, lemon juice, oregano, salt and pepper, and garlic. Pour the mixture over the chicken marinate for 30 minutes. Prepare the charcoal, gas grill or turn on the broiler. Remove the breasts from the marinade and pat dry. Place them on the grill or under the broiler. Grill the chicken, turning once after about 4 minutes, until just cooked through, about 9 minutes in all. Remove the chicken from grill, and when it is cool enough to handle, remove any bones, skins and fat, and cut the meat into half-inch cubes. Place the chicken into a large bowl.

To the chicken add the tomatoes, cucumber, onion, cheese, and olives. To make the dressing; in a small bowl whisk together the lemon juice, oregano, salt and pepper to taste. Slowly add the oil, whisking as you pour, until an emulsion forms. Pour the dressing over the chicken mixture and toss gently but thoroughly. Place the salad in a large bowl and garnish with oregano sprigs if desired. Cover and refrigerate up to 4 hours or serve at once.

Lakes Region Foodie — It's the berries

We are now in the “sweetest season” in New Hampshire, when we have access to one of the most delicious treats of this short time.