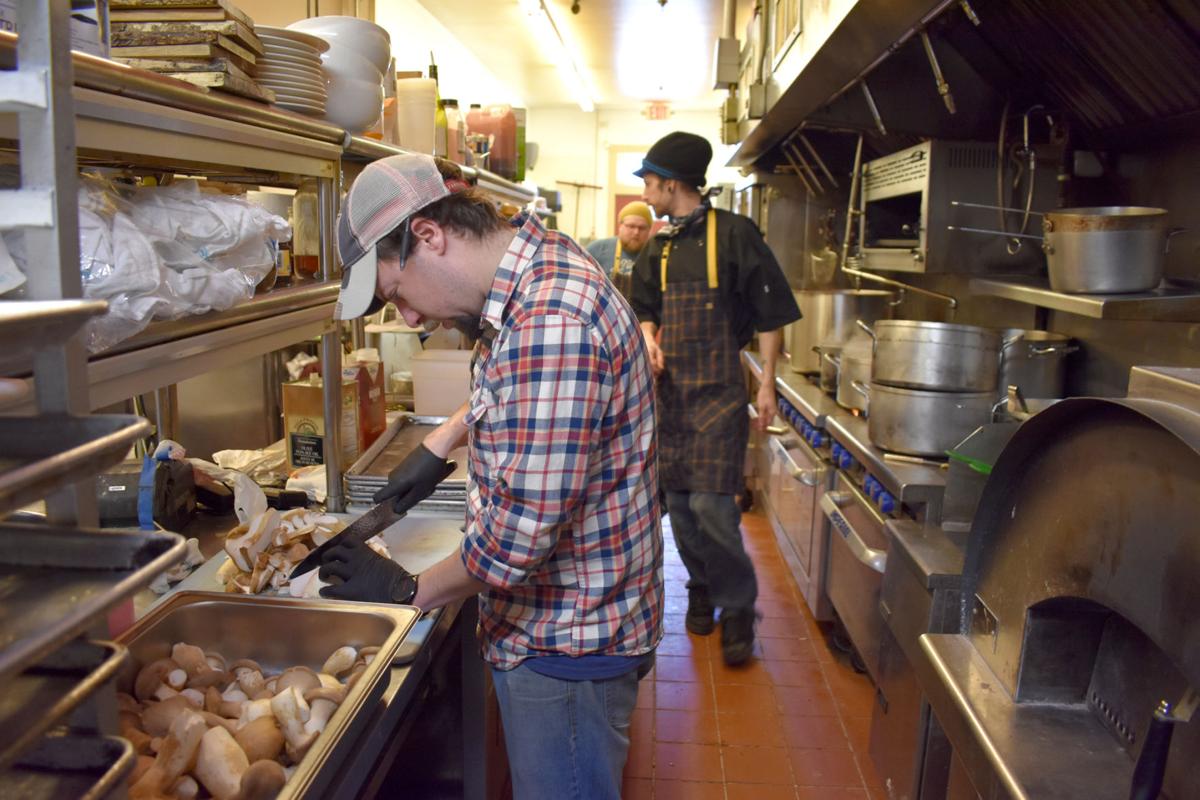 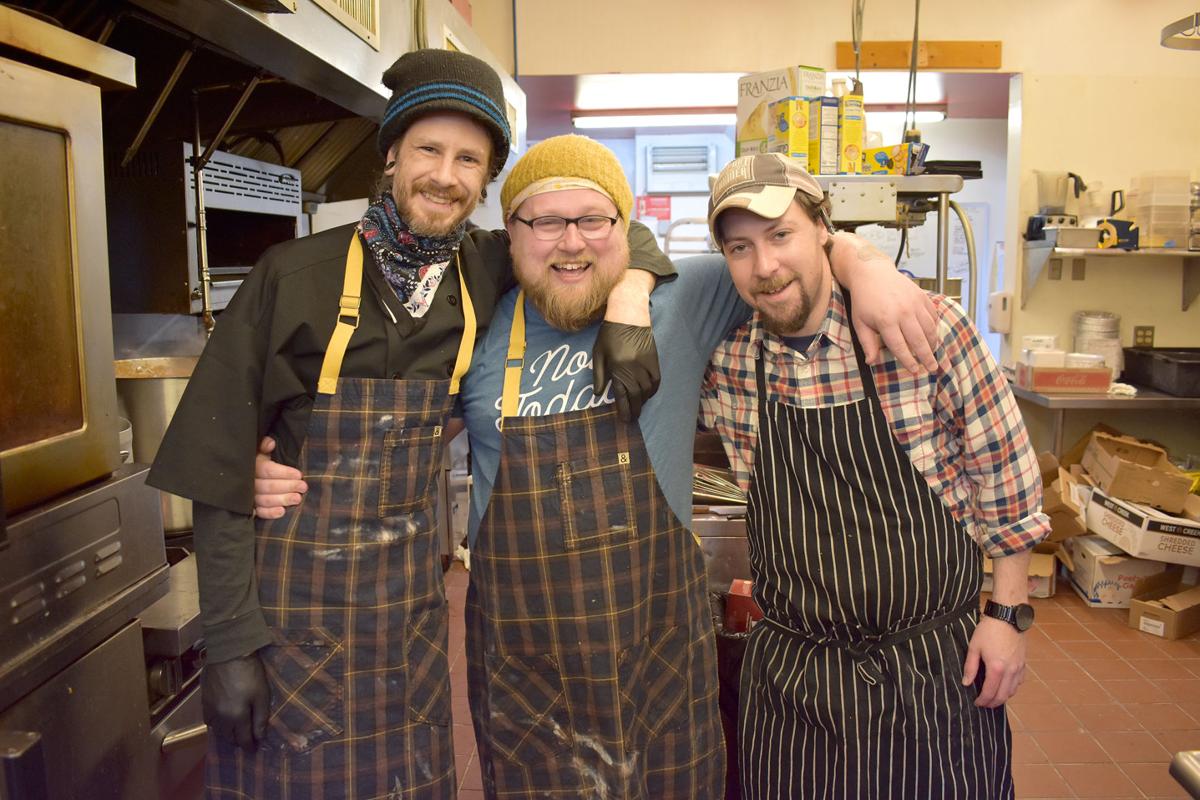 John Bil, Kaylon Sweet and Shawn Deegan, in the kitchen at Osteria Poggio, which is collecting unused restaurant stock and preparing meals to give away to anyone who needs one. The first distribution is tonight, 4 to 7 p.m., at the Center Harbor restaurant. (Adam Drapcho/The Laconia Daily Sun photo)

John Bil, Kaylon Sweet and Shawn Deegan, in the kitchen at Osteria Poggio, which is collecting unused restaurant stock and preparing meals to give away to anyone who needs one. The first distribution is tonight, 4 to 7 p.m., at the Center Harbor restaurant. (Adam Drapcho/The Laconia Daily Sun photo)

CENTER HARBOR — Restaurants are sitting on coolers and freezers with food they won’t cook, and purveyors that normally stock those kitchens have a similar supply of fresh fruits, vegetables and meats that there’s suddenly limited demand for. One restaurateur is taking advantage of those problems to help keep people fed during this time of coronavirus.

Osteria Poggio, an Italian restaurant in Center Harbor that is normally closed during early spring’s “mud season,” has been thrown back into action by chef-owner Kaylon Sweet, who is preparing take-home meals for anyone who wants or needs them. The food, which will be distributed cold so that people can heat them up at their home, will be available for pick-up tonight, Tuesday, March 24, from 4-7 p.m.

The food will be available for free. Those who wish may leave a donation that will be used for the next round of meals. Distribution will be first-come, first-served, though he said he would set food aside for anyone who calls ahead, at 603-897-5948.

Joining Sweet in the kitchen is his sous-chef, John Bil, and Shawn Deegan, a chef who has worked at other restaurants around the region. For the Tuesday pick-up, the trio is preparing enough to serve 300 families. The menu includes cheddar-broccoli soup, stuffed peppers, pork meatballs with vegetables and gravy, shepherds pie and baked apples.

Sweet said he built the menu around ingredients he was able to get at a steep discount from the purveyor Black River Produce, as well as from the kitchens of the Crazy Gringo, Burrito Me and The Lodge at Smith Point. The New Hampshire Mushroom Company donated cases of mushrooms, and the food will be packed up into take-out containers provided by E.M. Heath Supermarket.

Sweet said the food is vegetable-based, and is designed to be as nutritious as it is filling.

“Tasty, healthy, gives people energy so they can keep going forward,” he said. “For each family of four, we can give them one to two meals, free of charge.”

He thinks he can make this a recurring event, for the time being, if he can continue to get ingredients. He encouraged other restaurant owners or managers to get in touch with him if they think they can help in some way. He can be reached at the number listed above or kaylonguitar@yahoo.com.

“If we get enough product coming in, we’ll keep it going,” he said, noting that to-go containers, such as quart containers for soup or aluminum pans for casseroles, are among the most pressing needs.

The disruption caused by measures to prevent the spread of coronavirus represent an existential threat to nearly all restaurants and bars, including Osteria Poggio. If he can’t open his full-service restaurant in time to take advantage of the summer tourist season, he might lose his business. That’s not his main concern, though, he said.

“I’m not worried about reopening right now. I’m concerned about making sure that everyone’s taken care of,” Sweet said. “People need to be cared for right now, that’s the hospitality industry… It’s put up or shut up time.”

CENTER HARBOR — On the success of its first round of meal distribution, the restaurant Osteria Poggio will continue to use surplus inventory t…