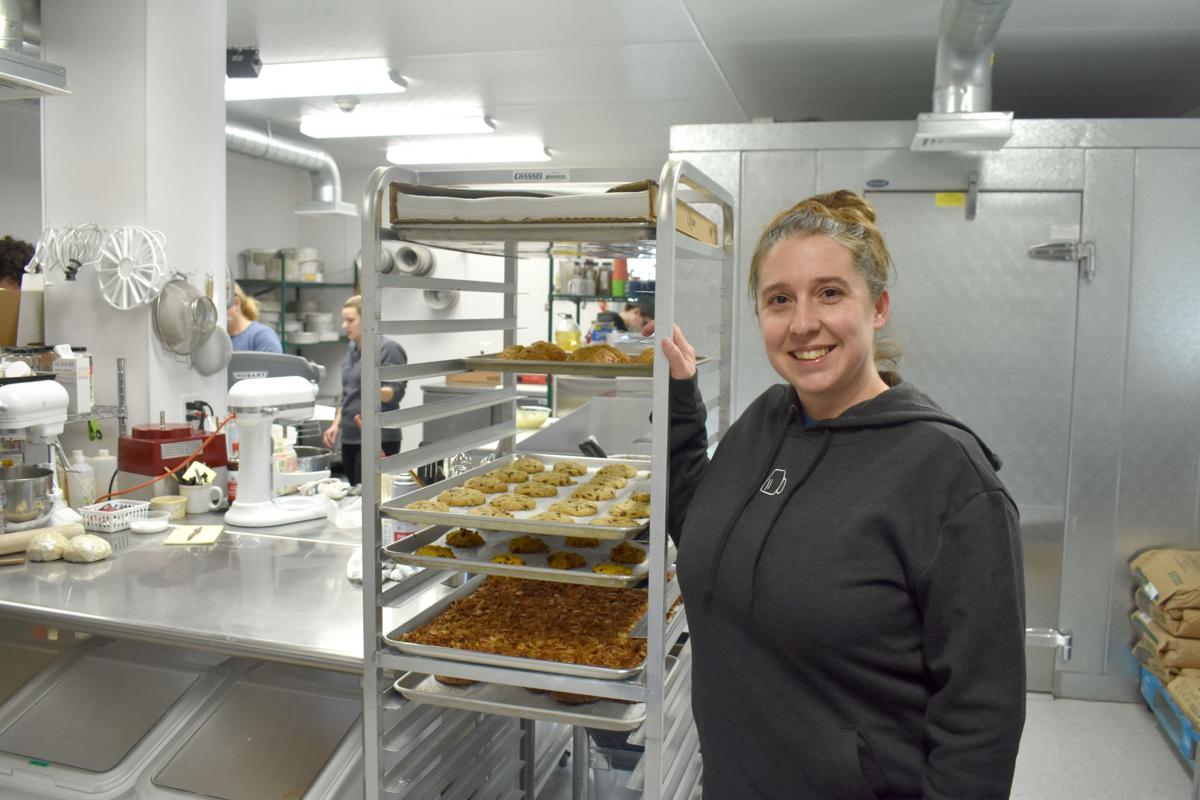 Jennifer Clifford has been working in bakeries since she was 16. Now 36 and head baker at Cup and Crumb in Moultonborough, she has achieved her dream of appearing on the Food Network. The first episode of the Holiday Baking Championship, featuring Clifford and nine other contestants, will air on Monday night. (Adam Drapcho/The Laconia Daily Sun photo) 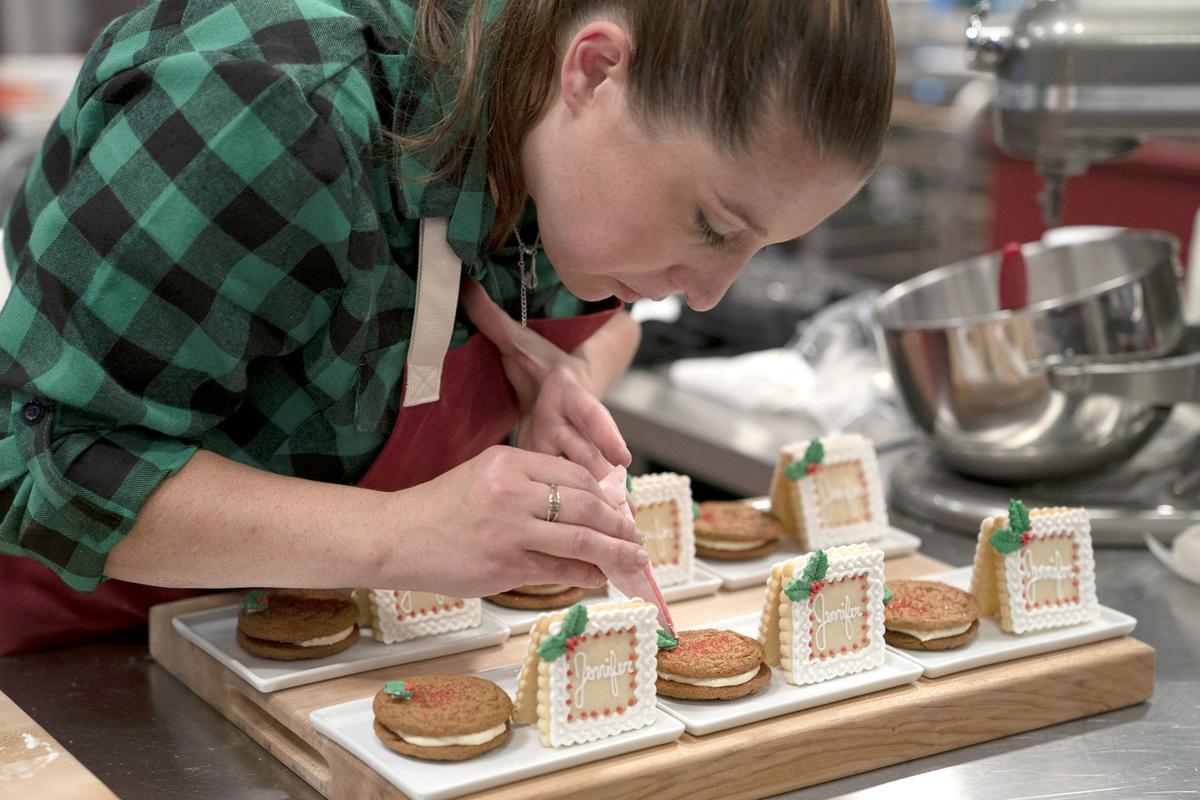 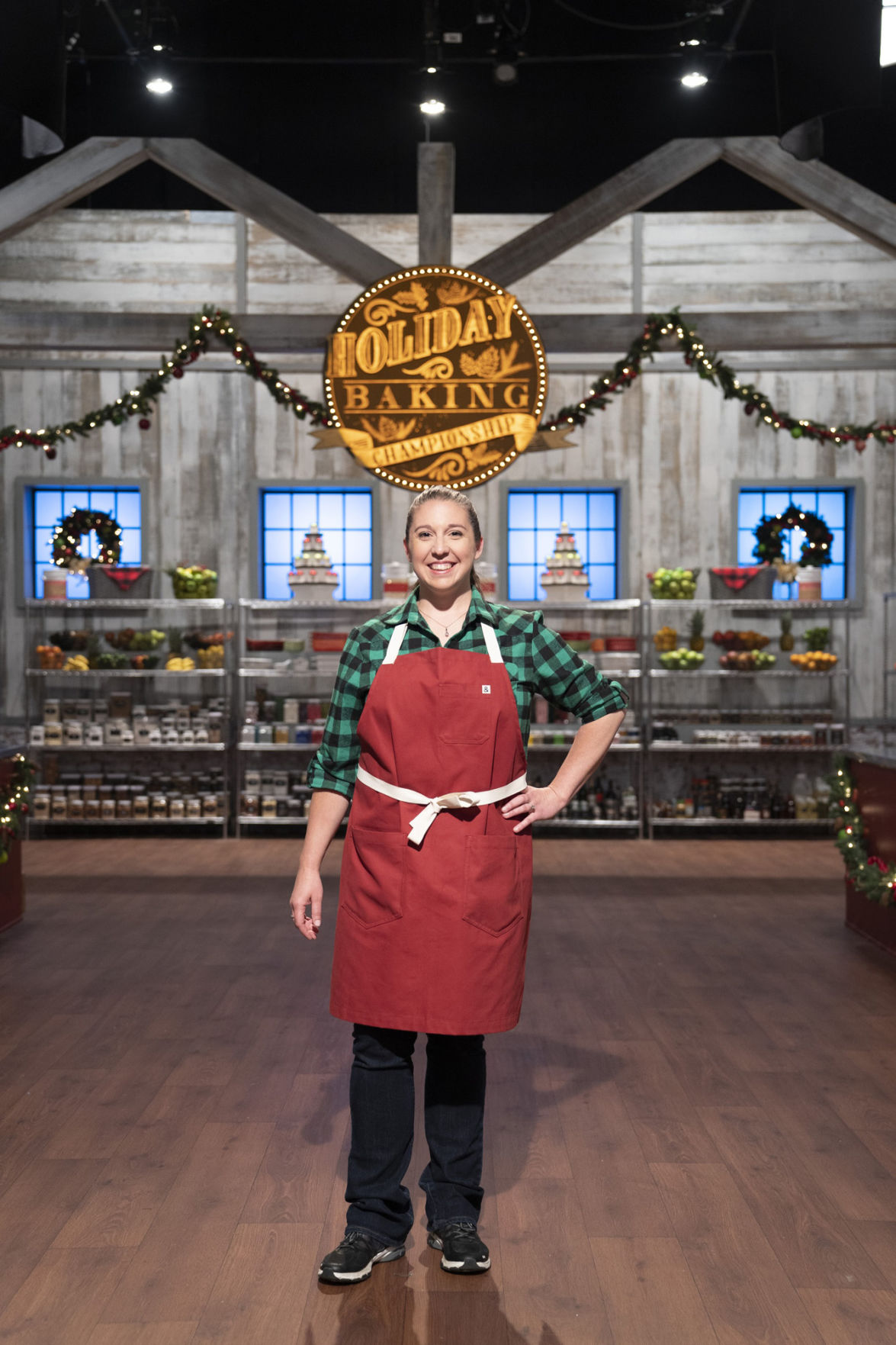 Jennifer Clifford has been working in bakeries since she was 16. Now 36 and head baker at Cup and Crumb in Moultonborough, she has achieved her dream of appearing on the Food Network. The first episode of the Holiday Baking Championship, featuring Clifford and nine other contestants, will air on Monday night. (Adam Drapcho/The Laconia Daily Sun photo)

MOULTONBOROUGH — Jen Clifford has been baking for most of her life, starting as a teenager working for baker Donna Love, later for chef Scott Ouellette. When Cup and Crumb opened in 2015, Clifford was hired as head baker.

Patrons of the bakery, located at the corner of Route 25 and Old Route 25, have gotten to know her cooking over the past four years. On Monday night, the rest of the country will get a chance to see Clifford’s skill, as she is one of the contestants for the sixth season of Food Network’s Holiday Baking Championship. The first episode will air on Monday night, Nov. 4, at 9 p.m.

Clifford, who has lived in Moultonborough since she was in third grade, got her culinary training on the job, and was content to make her career in the small town where both she and her husband, Kyle, grew up and now raise a family. Even so, she wondered if her food was good enough for a bigger stage.

“A dream of mine,” she said, “wouldn’t it be wonderful to be on Food Network one day?” But she never took any steps beyond holding that dream. That’s why, when the network called her one day, she said she was convinced it was some kind of a prank.

“I thought it was a joke, there is no way Food Network was calling me. It was out of the blue, a complete shock,” she said. Someone at the network had been watching from afar, taking notice of pictures of Clifford’s food posted on Instagram. They liked what they saw, enough so that she was invited to fly to California to participate in the baking challenge. The taping is all over, and Clifford can’t say how she did, though she said it was an “incredible” experience.

The Holiday Baking Championship is an elimination-style cooking show. The season begins with ten contestants, and each episode asks them to tackle a surprise challenge in a fixed timeline. One of the bakers is eliminated at the end of each episode, and the last one standing wins the $25,000 prize.

For Clifford, who is happy to do her work “hiding in the kitchen,” as she put it, competing on a TV set “was a huge fish-out-of-water moment. It was a crazy adjustment.”

She said that entering the challenge was “the scariest thing I’ve ever done,” but that she felt that she couldn’t pass it up.

The Baking Championship was much more challenging that what she usually does, she said. “When I’m here, I can be creative, I can take time and do some research and test things out,” she said. Not so in the competition. Producers would announce the challenge for that episode, and the clock would immediately start ticking, usually for 90 minutes or two hours, until judging. That meant that contestants didn’t have time to plan or study, they had to get immediately to work. “You have to think on your feet. And you’re competing against people who are professionally trained, work for big companies, or are instructors themselves,” Clifford said. “I’m just someone who works in our little town.”

How did the small-town New Hampshire girl, mother of 13-year-old Maddison and Emmitt, soon to be 11, do? You’ll have to watch on Monday night to find out. Clifford turned down offers for a big watch party, she’s just going to curl up with her family for the first episode.

Though she wouldn’t spill the details of the championship, Clifford said she learned something about herself in the process.

“I learned that I am, by far, my worst critic. I didn’t realize how hard I am on myself before this,” she said. She also feels that she has to up her game now that she’s been on national TV.

“I take a lot of pride in what I do, I’m very good at paying attention to detail. Knowing that I now have this on my back, there’s more pressure to live up to that,” she said.