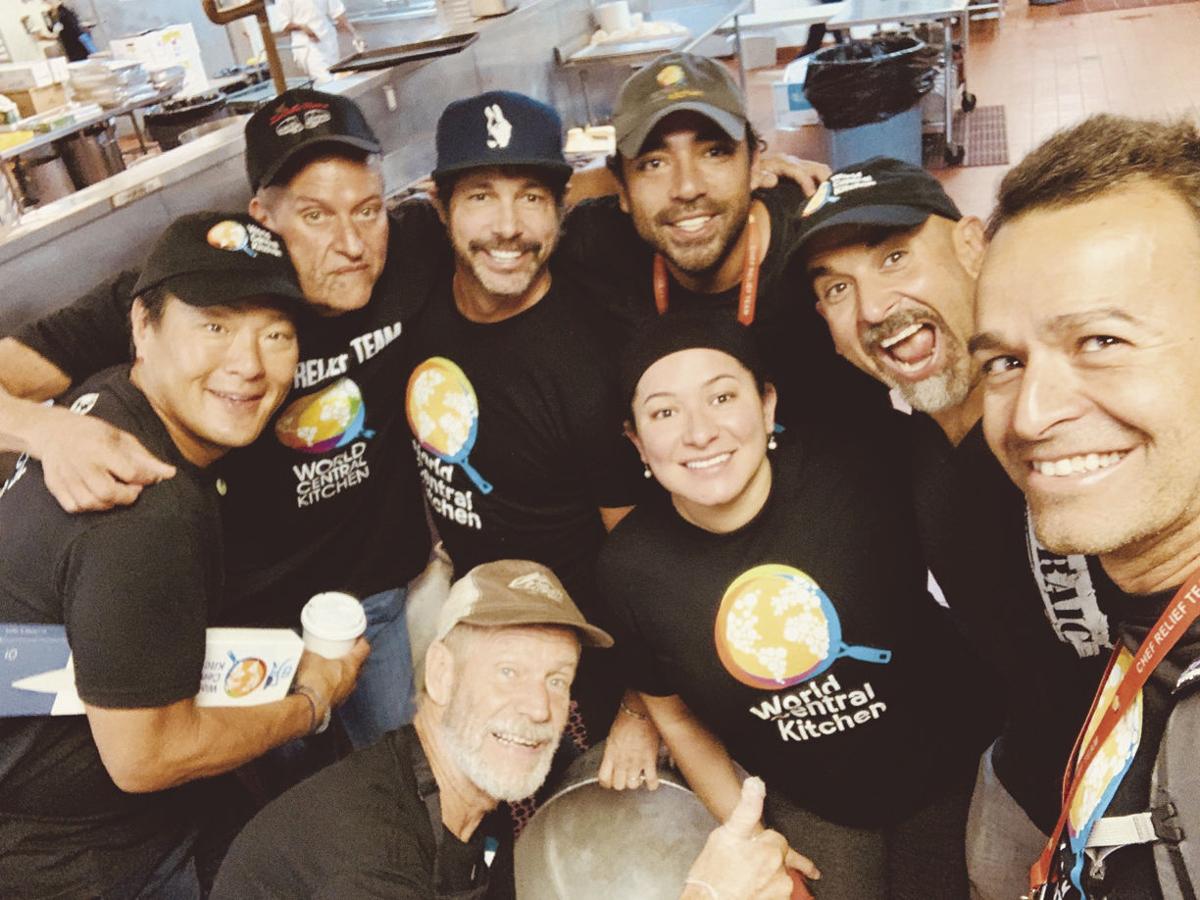 Ray joined a collective of volunteers, many with World Central Kitchen, who prepared thousands of meals each day in the kitchen of the Atlantis Resort in Nassau. (Courtesy photo) 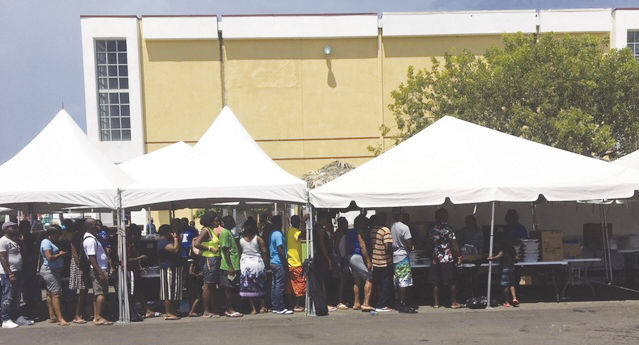 Ray joined a collective of volunteers, many with World Central Kitchen, who prepared thousands of meals each day in the kitchen of the Atlantis Resort in Nassau. (Courtesy photo)

ASHLAND — When disaster strikes, those who aren’t directly affected often feel compelled to help those who are suffering. Alex Ray, founder of the Common Man family of restaurants, started acting on that impulse in 2005, when Hurricane Katrina devastated New Orleans. Since then, he has flown to Haiti and Puerto Rico after those islands were visited by an earthquake and hurricane, respectively.

This weekend, Ray was home in New Hampshire for a brief respite after spending a week in the Bahamas, and he planned to return this week to help the volunteer collective that has formed to help provide food for the thousands of Bahamians displaced by Hurricane Dorian.

“I arrived in Nassau on Friday morning, I didn’t have a job, didn’t have a plan, just little old me. I just tried to figure out where I could be used,” Ray said.

It’s a circumstance he has become used to navigating. Immediately after such a widespread disaster, the best plan, he has found, is no plan. Such is the chaos inherent to the situation. Instead, he simply arrives and sees what needs he can fill. In one previous self-deployment, he said he served as a “gopher” for a team of doctors. In another, he ended up running several kitchens.

In Nassau, his first thought was to find a seat on a plane into the Abaco islands, which were the hardest hit by Dorian. “I went to the general aviation airport, where the small planes, private planes are. There was total bedlam because no planes could land in Abaco and they wouldn’t let anyone leave,” he said. The runway in Abaco was still under water, so there was no use in trying to fly there.

“I took a cab into town and asked where they were doing food.” He heard that there might be a prep kitchen set up in the Atlantis resort. There, Ray was told that he could volunteer if he showed up at 8 a.m. He was there at 7.

“I started just doing hundreds of ham and cheese sandwiches along with ten other people. I took over a little leadership, the next day they said, why don’t you run this show, then the next day they said I should cook on the line,” Ray said. The Atlantis kitchen was the biggest one he had ever seen, and it was filled with a broad range of people: regular Bahamians there to help their neighbors, as well as celebrity chefs who were cooking while giving orders, via cell phone, to their sous chefs in their flagship restaurants in New York and Boston.

One of those chefs was José Andrés, restaurateur and founder of World Central Kitchen, a nonprofit organization that specializes in leveraging the restaurant industry in order to feed people in disasters.

For displaced Bahamians safely in shelters nearby, they prepared hot meals. Sandwiches were sent to islands where people were still waiting to leave.

“I came home because I was totally spent, sore. Long days, 10-, 12-hour days,” Ray said. But he’s going back this week, and he plans to do more than just cook.

“It’s ugly, tiring (work), but rewarding because everyone was working together as a team.”

Meanwhile, the Common Man family was also doing what it could to help. The eateries held a “Do Good for Dorian” fundraiser on Sept. 11, and proceeds from that, rolled in with donations from employees and business partners of the restaurants, added up to more than $30,000.

Half of that will be donated to the Red Cross, the rest will be directly distributed by Ray when he’s down in the Bahamas this week.

Ray’s charitable streak is baked into his company’s philosophy, he said.

“I call it the 360. If our employees feel good because we pay them well and they have good benefits, they know what we do, which makes them happy, and they make the customers happy. I call it the 360, it all comes around,” Ray said, emphasizing that although his company made a contribution to the total, most of the money came from others.

“Here’s to New Hampshire for giving, it’s not me that’s giving it,” he said. “I feel good about it. I’m just the middle man, it’s the redistribution of funds, and love.”

MOULTONBOROUGH — Jen Clifford has been baking for most of her life, starting as a teenager working for baker Donna Love, later for chef Scott …