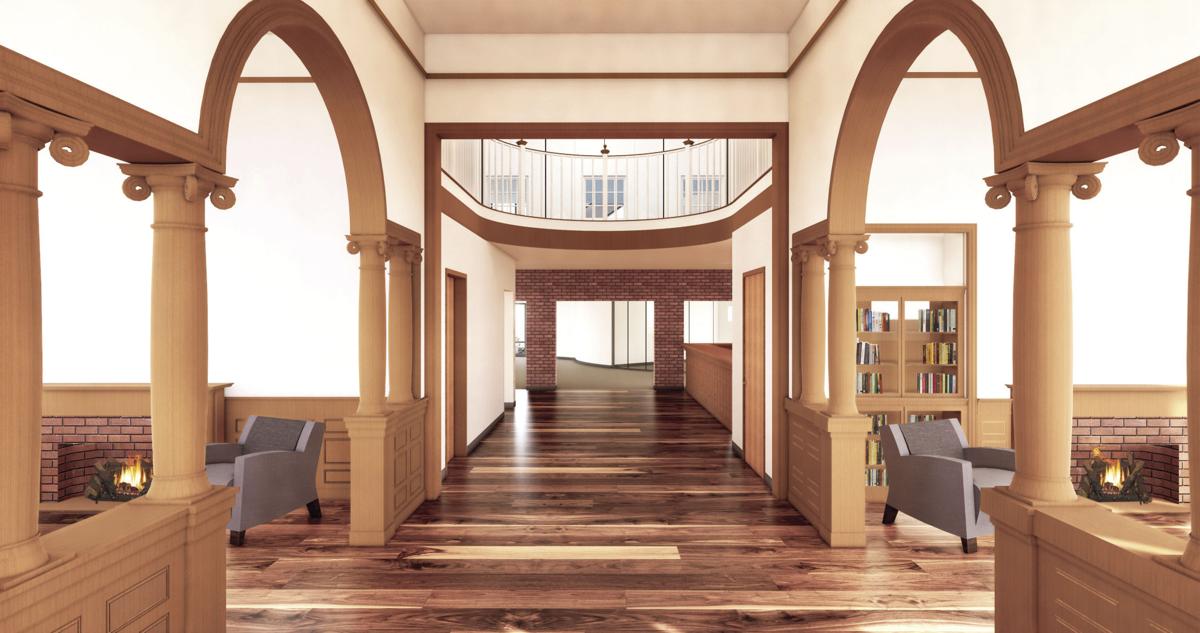 This rendering of the proposed addition to the Meredith Public Library shows the view upon entering the library, with the new section framed in brick at the rear. Voters will decide whether to approve spending more than $4 million to renovate the library and build an addition. (Courtesy photo) 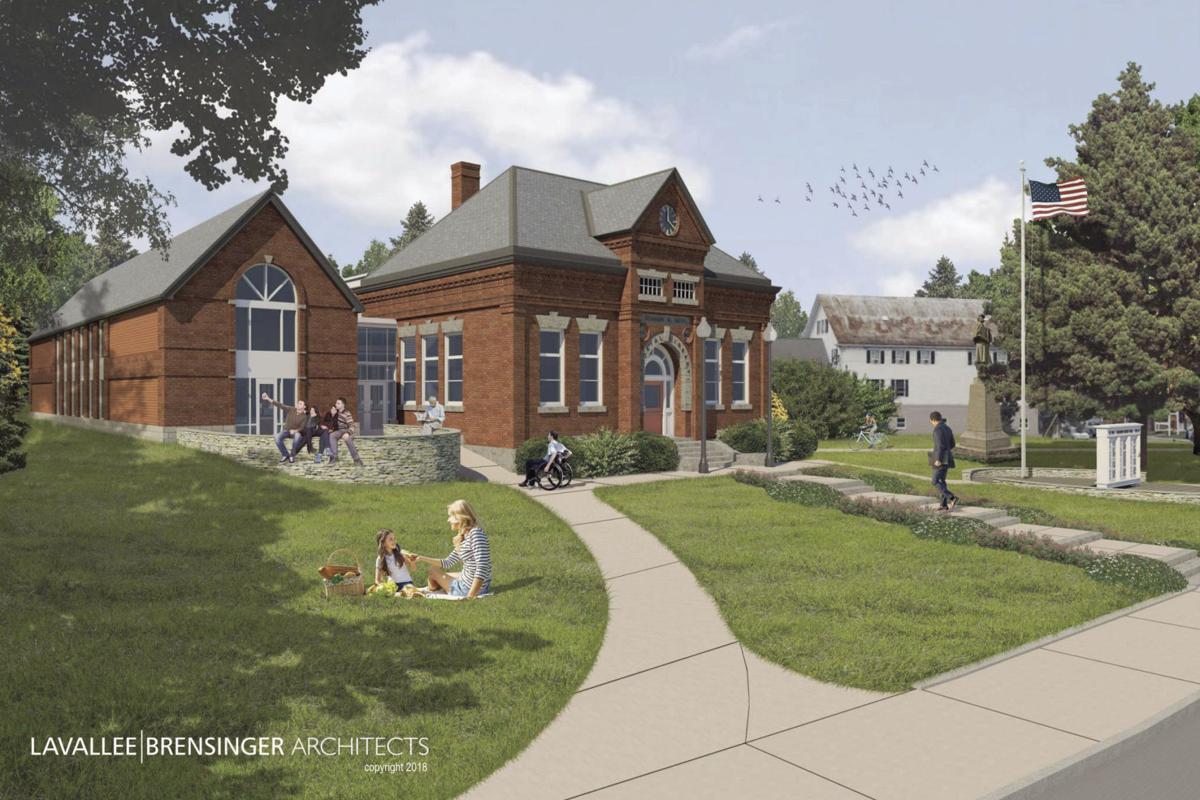 This rendering shows the front exterior view of the Meredith library if the proposed addition is built. (Courtesy photo)

This rendering of the proposed addition to the Meredith Public Library shows the view upon entering the library, with the new section framed in brick at the rear. Voters will decide whether to approve spending more than $4 million to renovate the library and build an addition. (Courtesy photo)

This rendering shows the front exterior view of the Meredith library if the proposed addition is built. (Courtesy photo)

MEREDITH — More than $4 million will be sought through a bond measure to pay for renovating the historic public library, including construction of an 8,000-square-foot addition.

The construction project is expected to cost $5 million. A public fundraising campaign has raised $650,000, reducing the amount needed through bond funding.

“We’ve really been working on this since 2011 and looking at different ideas,” Apostolos said. “There was discussion of moving at one point and then a decision to stay and restore the historic building. There is such an attachment to it.”

The 7,800-square-foot library was cited for safety code violations in 2011, prompting consideration of improvement plans.

In September 2018, the Meredith Selectboard and the Library Trustees issued a news release saying the library would stay in its current location and that expansion and renovation were necessary to meet the needs of residents.
Selectboard member Jeanie Forrester is a former director of Main Street programs, which are intended to revitalize and foster economic development in downtown areas.
She said community support for the fundraising drive is a good indicator of how attached residents are to their library.
"Libraries are very important," she said. "When I was a Main Street director, we talked about the important key anchor buildings and the library is one of those buildings. It is a very cool old library and has a lot of history.
"It will definitely have a good feel when the project is done."
In addition to providing extra space, the project will expose hardwood floors, place gas inserts in fireplaces and add an elevator.

“We’re definitely out of room,” Apostolos said. “Part of the problem is that we have seven split levels and we don’t have an elevator. So, we’re trying to put as much as we can on the first floor when we do the expansion.”

She said the project will simplify the building so that there will be just two levels.

The town purchased a property behind the library to be used as a parking lot.

Apostolos said 75 percent of Meredith residents are registered as library patrons. It had a total circulation of 70,000 last year and almost 50,000 annual visits.

She said libraries have evolved over the years.

“I don’t want to use the term community center, because we have one – we’re more of a cultural center,” she said.

There are classes in watercolors, STEM (science, technology, engineering and mathematics), manga comics and graphic novels.

“People are looking for places to gather and meet and talk and get away from the screen,” Apostolos said. “We are that place.”

Kaitlyn Gable, youth ambassador for Meredith's 250th anniversary in 2018, praised the library in an essay.

"The Meredith Public Library was my home away from home as a child, and I still love it dearly. It is a part of Meredith that will always stick with me. I will always remember the stone steps that lead up to it from the road.

"I am a senior in high school now. In several months I will leave for college, and after that I may no longer live in Meredith. One thing is for certain, though. The library will always stay with me. It gave me a passion for reading and learning.  It inspired my creativity and gave me some of the skills that I use to succeed. I have so many fond memories of it as well.

"Someday, I want to return to the library. I want to walk up those steps with my own family and introduce them to the place that helped shape my soul."

"While we wish we could tell you how the library expansion and renovation will affect taxes, at this time we are unable to do so. The cost will be determined by the bond amount, length, and interest rate. We hope that with our fundraising efforts – and hopefully, your financial support – that the annual cost per $100,000 of property value will be less than the cost of purchasing a hardcover copy of a current best-selling novel.”

The Benjamin M. Smith Memorial Library, 91 Main St., was built in 1900-1901. The brick, Classic Revival structure is on the National Register of Historic Places.

My Childhood Land of Dreams