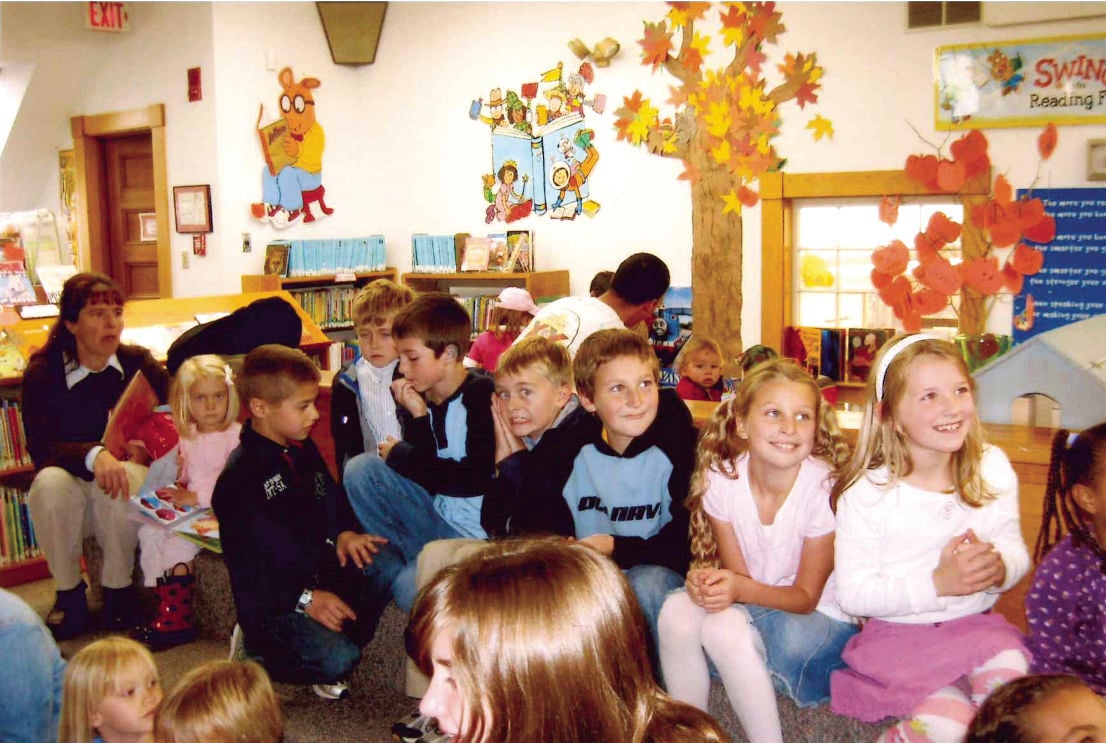 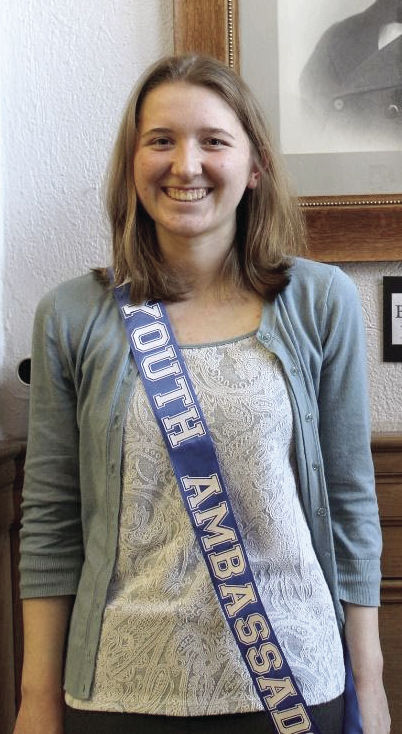 Kaitlyn Gable at 17, when she was a youth ambassador as part of Meredith's 250th anniversary celebration. She now attends Dartmouth College. (Courtesy photo)

Kaitlyn Gable at 17, when she was a youth ambassador as part of Meredith's 250th anniversary celebration. She now attends Dartmouth College. (Courtesy photo)

I remember sitting on the carpeted steps of the children’s room, staring at the little depression in the floor below the web of gears that was the back of the library’s clock. I remember bouncing my way through the room with a stuffed puppet on each hand. I remember coloring pictures of cute little animals and woodland scenes. I remember carrying a collection of thin children’s books in a thick, white plastic bag down flights of stairs.

Eventually, I moved onto the balcony room, with its white banisters and armchairs. I crouched among the neat rows of shelves, flipping through books, or leaning over the edge, watching people milling about below me. I would check out foot-tall stacks of books and spend all my free time reading them.

There are kids throughout the town of Meredith who have had similar experiences. They have grown up attending the library’s children’s events, kept track of their reading every summer to win prizes, and browsed the library’s many shelves. They grew up within its walls, just as I did. However, there was not always a library in Meredith.

In the late 1800s, books weren’t as common as they are today. The majority of people didn’t have more than a few at most. The main reason was their cost. Books were expensive. What the people in Meredith needed was a library. Eventually their pleas reached George F. Sanborn, the founder and publisher of The Meredith News. He wrote an article in his paper expressing the towns need for a library, and it caught the eye of John Smith, Jr., a former resident of Meredith, who agreed to sell his book collection to the town. So the Meredith Public Library was created, and, at the time, had 800 books and was crammed on the second floor of Sanborn’s house, which was also the home of the Meredith News. Sanborn’s job expanded to publisher and librarian. By the end of the first year, the library had grown to 1,200 books, with about 150 being checked out a week.

The library moved several times over a period of 20 years, until November 1, 1899, when a letter showed up for the Meredith selectmen. It was from Benjamin M. Smith, a wealthy hosiery salesman from Beverly, Massachusetts, and it offered them a deal. If they purchased the land beside the Baptist Church on Main Street, he would pay ten thousand dollars to have a new, and permanent, library built. Smith had lived in Meredith previously, and it was where his parents had passed away and his children had been born. The selectmen considered their options, and finally decided to purchase the land after the town voted 201-1 in its favor.

George Swan, an architect who was also from Beverly, Massachusetts, was chosen to design the library. He began work in 1900, with Smith watching closely to make sure his building was one of perfection. When the building was completed in 1901, it was beautiful. It was a tall brick building on a slight hill along the edge of Main Street, with stone steps and cheery red brick pathways leading up to its door. An arch bent over the entrance. Rectangular windows, framed by geometric blocks of stone, were set into the walls, and high above a clock crowned the building like a jewel, dark against the bricks. Inside, it had a capacity for 24,000 books, a trim of dark ash, and contained the town records, stored in a fire-proof vault for safe keeping. The Meredith News was also very pleased to note that the library contained a lovely, heated bathroom, complete with electricity, which wasn’t as readily available then as it is now. The day of the library’s opening came on June 17, 1901, with gorgeous weather. Main Street was lined with decorations and people, there to celebrate the building in all its splendor. The festivities were documented in newspapers all over the area, and as far away as Boston. About a year after the library opened, Major Edwin E. Bedee donated money to have a monument built on the library’s front lawn to honor the 12th New Hampshire Regiment, which had fought in the Civil War. Bedee himself had been a part of it and fought in many battles, including Chancellorsville and Gettysburg. He’d even been present when President Lincoln was murdered and supposedly had held the dying man’s head in his lap. He intended the statue to remind the citizens of Meredith of fallen heroes, and it fit well outside a library full of books containing the memories of the people of the past.

The library served its town well for 84 years and, in 1985, was placed on the National Register of Historic Places, revealing its unique features to the entire nation. The National Register was created as a part of the National Historic Preservation Act of 1966 to protect historical and archaeological landmarks. The Meredith Library caught the Register’s eye with its beautiful design. In its application for acceptance, David Ruell of the Lakes Region Planning Board even described it as “’Meredith’s finest public building’” and “’one of the Lakes Region’s most attractive libraries’” (quoted in “About us”).

Soon after the library was recognized for its beauty, the town of Meredith decided to renovate it to add space for its ever expanding collection of books. An additional 4,000 square feet of building, designed by Christopher Williams, was constructed, changing the library to its current shape. The balcony over the first floor was added, along with more rooms for storeing books. The attic became the children’s room and chairlifts were built to allow access for the handicapped. A room for community events, furnished by donations from the Meredith Rotary Club, sat in the basement, and was made all the better by a working kitchen.

Today, the Meredith Public Library reaches a new chapter in its life. The town is considering plans to renovate it again to make it even more accessible to every resident of the town of Meredith. An article in the Laconia Daily Sun states that there will be “renovations to the existing building and an addition on the back to provide…space” that will “preserve the historic character of the building” and “[present] a modern appearance” (Caldwell). The library continues to move toward the future, allowing itself to better deal with the needs of an ever changing society. It grows with Meredith, remaining a central part of many people’s lives.

One thing is for certain: The library will always stay with me. It gave me a passion for reading and learning. It inspired my creativity and gave me some of the skills that I use to succeed. I have so many fond memories of it as well. Someday, I want to return to the library. I want to walk up those steps with my own family and introduce them to the place that helped shape my soul. I, and everyone else whose heart the library has touched, owe it to men like Sanborn and Smith, but also to the people of Meredith back in the 1880s, who wanted to read, who wanted their children to have access to the magical world of books. Meredith has grown up into a beautiful town, a place of enjoyment and memories. I am proud to have lived here and added my story to those of the people before me. I could not have wished for a better place to call my home.

Kaitlyn Gable wrote this essay as part of Meredith's 250th anniversary celebration. It was among the items included in a time capsule to be opened in 2068. She is currently a student at Dartmouth College.

Library bond to be booked on Meredith ballot

MEREDITH — More than $4 million will be sought through a bond measure to pay for renovating the historic public library, including constructio…