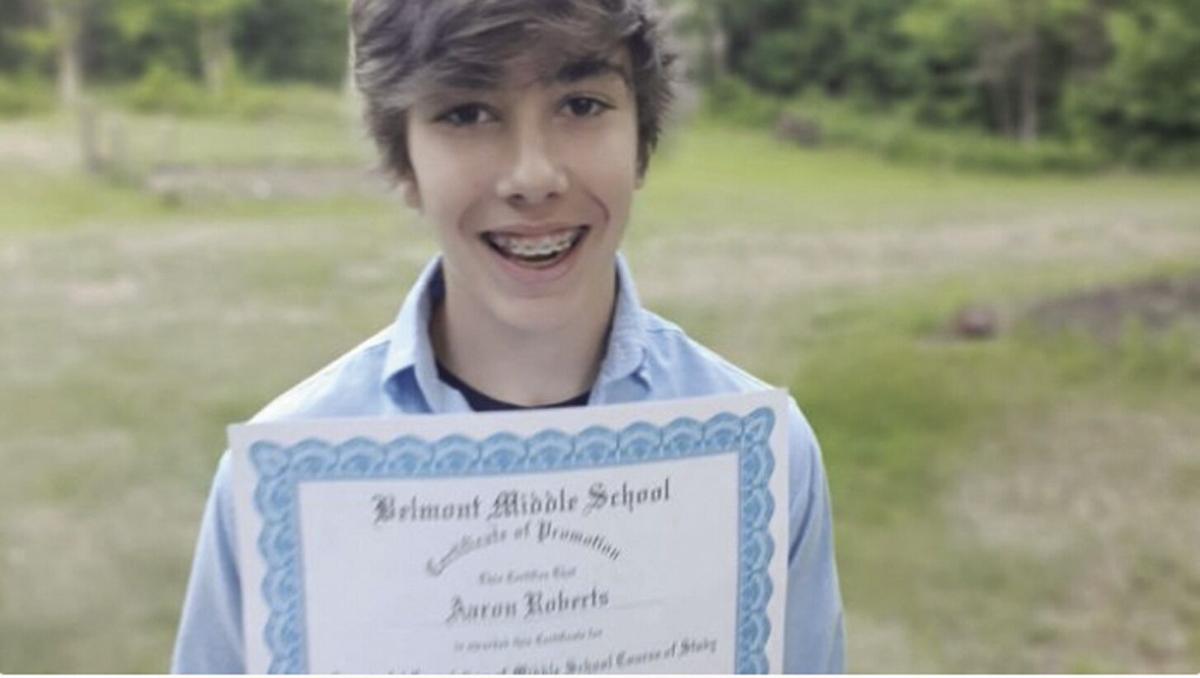 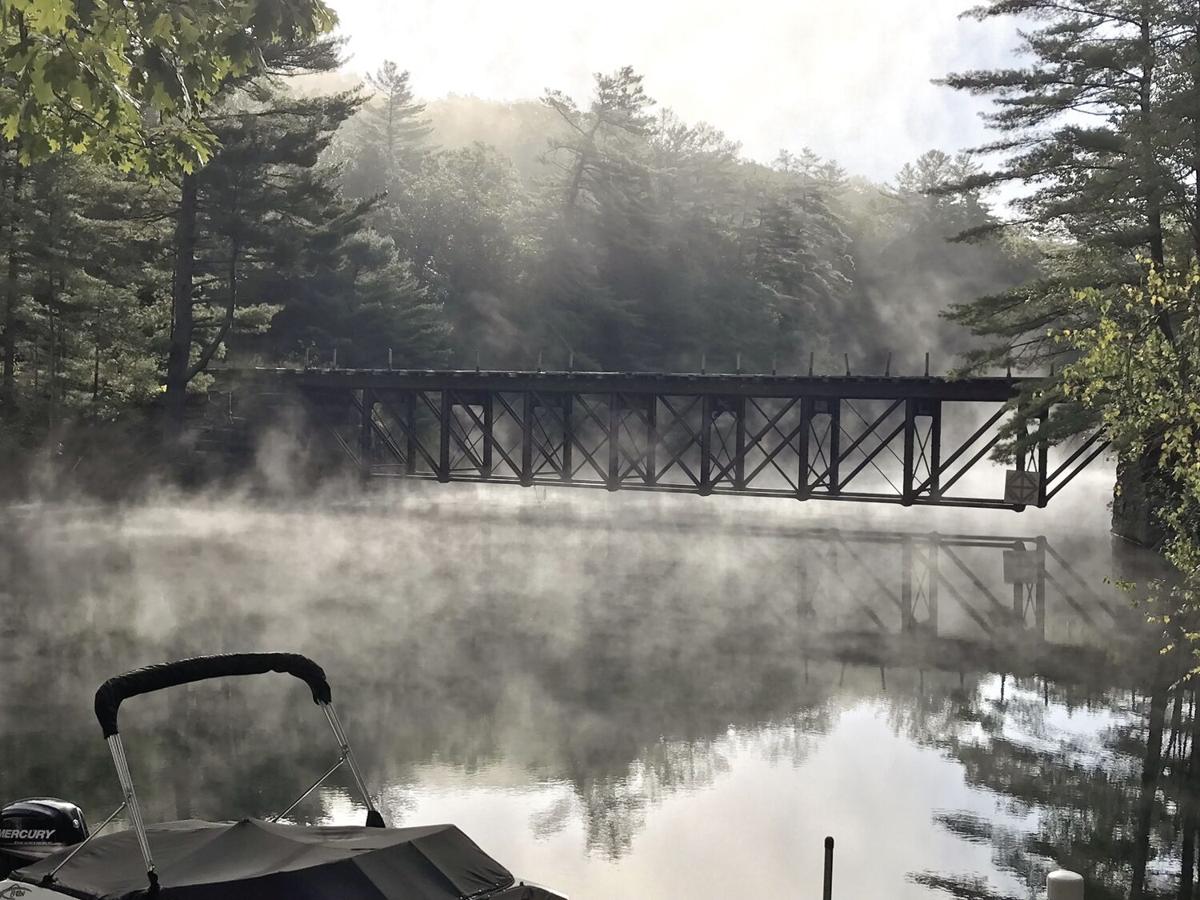 The Lochmere trestle in Tilton was the scene of a tragic accident on Sunday that claimed the life of 14-year-old Aaron Roberts of Belmont. (Courtesy photo/Stephen Hickey)

The Lochmere trestle in Tilton was the scene of a tragic accident on Sunday that claimed the life of 14-year-old Aaron Roberts of Belmont. (Courtesy photo/Stephen Hickey)

BELMONT — A 14-year-old has died after he jumped off of the Lochmere Trestle on Sunday afternoon.

Aaron Roberts, who was due to begin his freshman year at Shaker Regional High School this fall, died on Tuesday evening at the Children’s Hospital at Dartmouth, according to his parents, Heather and Jason Roberts.

Heather said she went to the trestle on Sunday, just as the other teenagers there were looking for her son. He had jumped from the trestle into the Winnipesaukee River and didn’t resurface.

“I showed up on the scene to check on him, the kids were looking for him right when I showed up. Somebody was able to find him, pull him to the shore, and we started CPR,” she said.

Aaron was first brought to Lakes Region General Hospital – where he was born – then med-flighted to Dartmouth, where he died two days later.

His parents said Aaron was kind, generous and loving.

“He did a lot with his life. He knew how to be happy. He treated his friends with respect and kindness, just the perfect son,” said Jason.

Aaron had an adventurous spirit, his father said. He was fond of being on the move, whether it was skateboarding, bicycling or riding his scooter. And, Jason said, Aaron was an optimist, even when his local ski area didn’t have the best conditions.

“I think he learned to ski the same year he learned to walk,” Jason said. “He had a bad year at Gunstock this year, he said, next year, we are going to get snow.

Aaron was the younger of two brothers, and acted as a big brother to his younger cousins, who looked up to him, Jason said.

“He would put his phone away and play with his little cousins. He was an amazing, kind boy,” Jason said.

Heather said Aaron was well-liked by his peers. “He was kind with littler kids, fun with bigger kids, he had lots of friends,” she said.

When play turned to fighting, she said, his character shone the brightest.

Michael Sitar, Jr., chief of Tilton-Northfield Fire and EMS, said his department was alerted to an emergency at the trestle at 3:18 p.m. on Sunday, July 19.

“When we arrived on scene, CPR was being performed by a police officer, and a woman, I think the boy’s mother,” Sitar said.

The trestle, a railroad bridge that spans the Winnipesaukee River just upstream of the dam in Tilton, is about 20 feet above the river, Sitar said. It’s long been a popular place to cool off on hot summer days, he added, as evidenced by the group of at least 20 people who were there when first responders were called on Sunday.

The emergency medical officers quickly scaled the embankment to the trestle, where bystanders had pulled Aaron after they found him in the water. Within 15 seconds of making contact with the patient, Sitar said they used a defibrillator and were able to restart his heart.

“I’ve received lots of phone calls from people who witnessed the event from beginning to end, who said how professional the first responders were, how quickly and efficiently they took control of the scene,” Sitar said. “The folks did a great job with very trying conditions.”

Sitar has worked for Tilton-Northfield for seven years and said he can’t recall a previous incident at that trestle. Members of his department who grew up in the area told him that people have been jumping off that trestle for as long as they can remember. That doesn’t make it safe, he said.

“It’s a terrible situation. It’s dangerous there, people shouldn’t be doing it, even though people have been doing it for decades, maybe longer. They’re not aware of the perils that are under the water,” Sitar said.

Jason Roberts said he is feeling “devastated” and is grateful the support of the community.

“I really appreciate all the love,” he said. He was also grateful for the bystanders and professionals who tried to rescue Aaron, and in the process granted him and Heather a gift of time.

“He had an awesome group of friends, who pulled him to shore and gave us a couple of days with him,” Jason said. “They’re heroes in my mind.”

Emergency dispatchers: Behind the scenes, but on the front lines too

LACONIA — The homeowner whose house is on fire. The woman whose ex-boyfriend is trying to break the door down. The guy who has just come home …