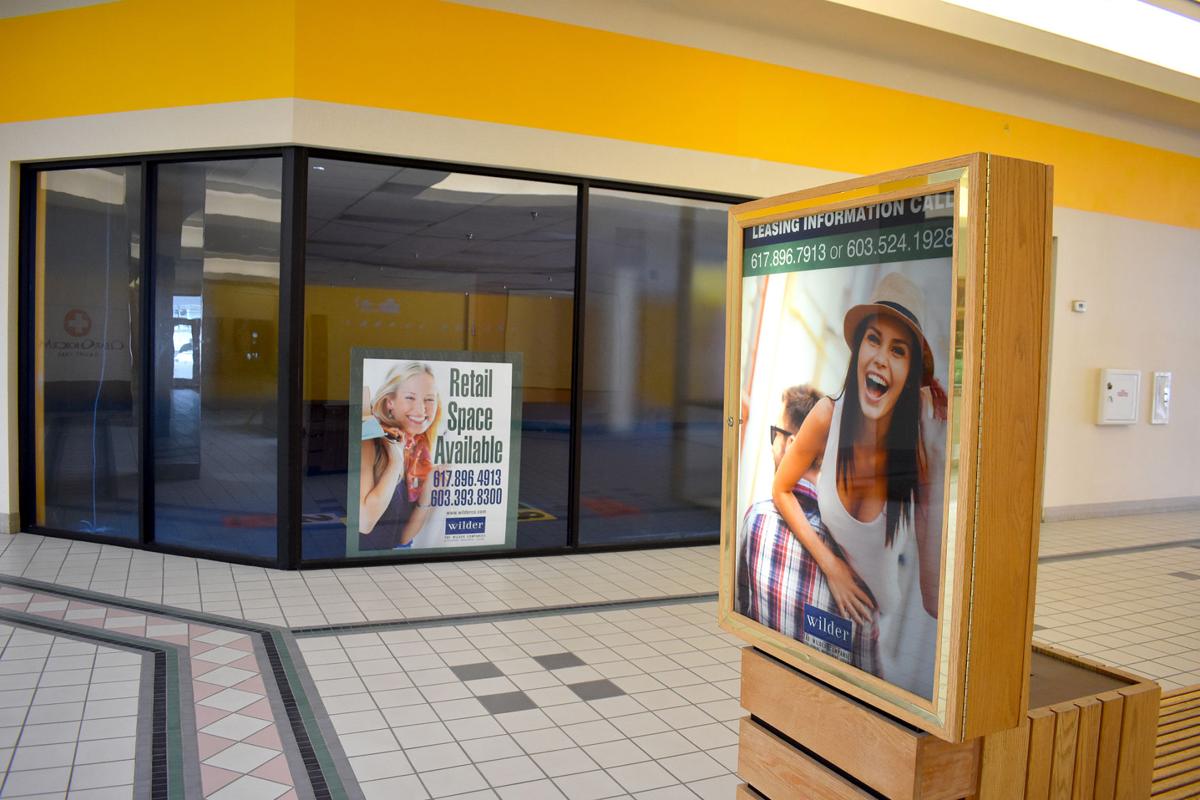 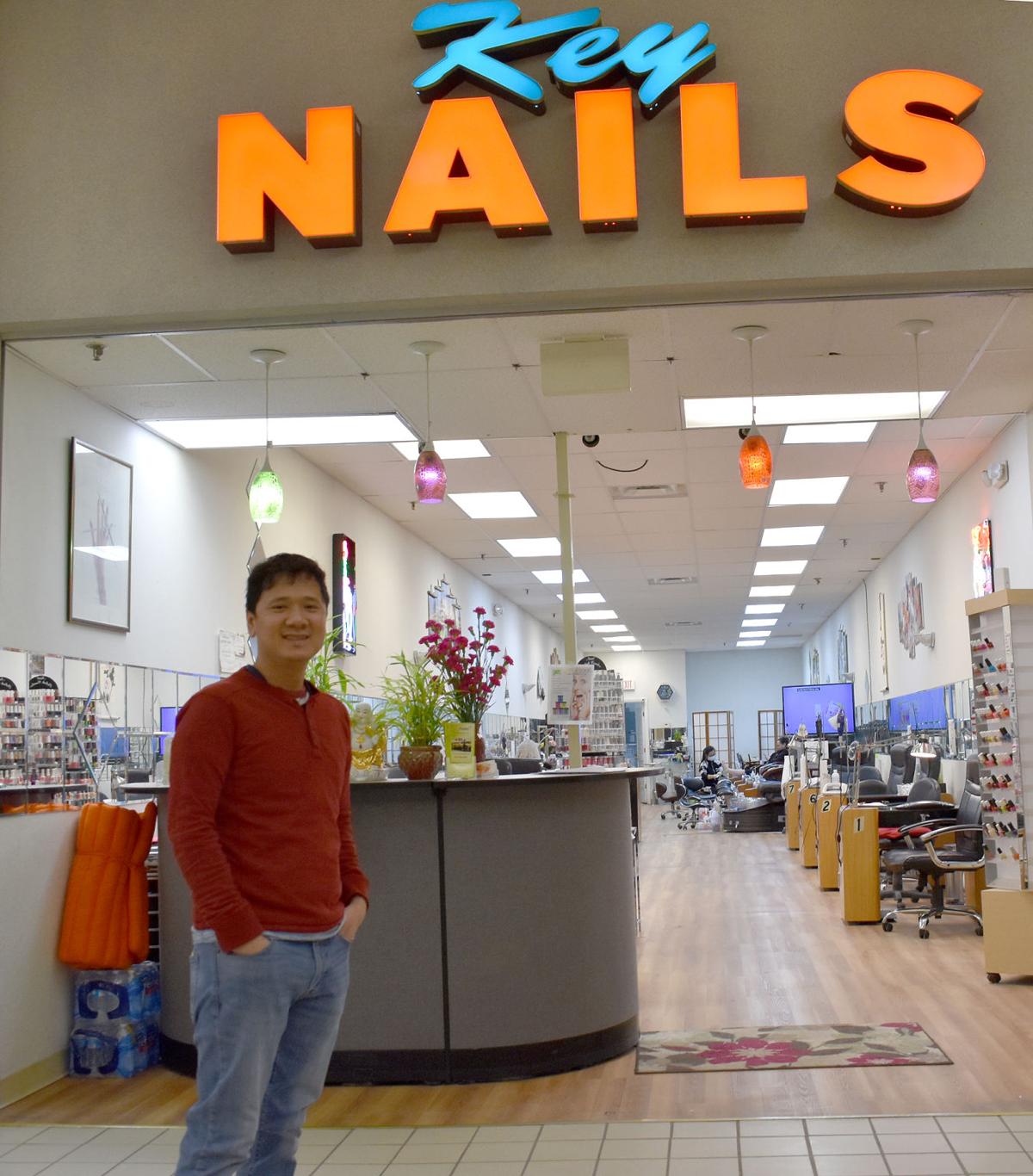 Terry Tran has owned a nail salon in the Belknap Mall for about eight years. Each time another store in the mall closes, he said it hurts his business. (Adam Drapcho/The Laconia Daily Sun) 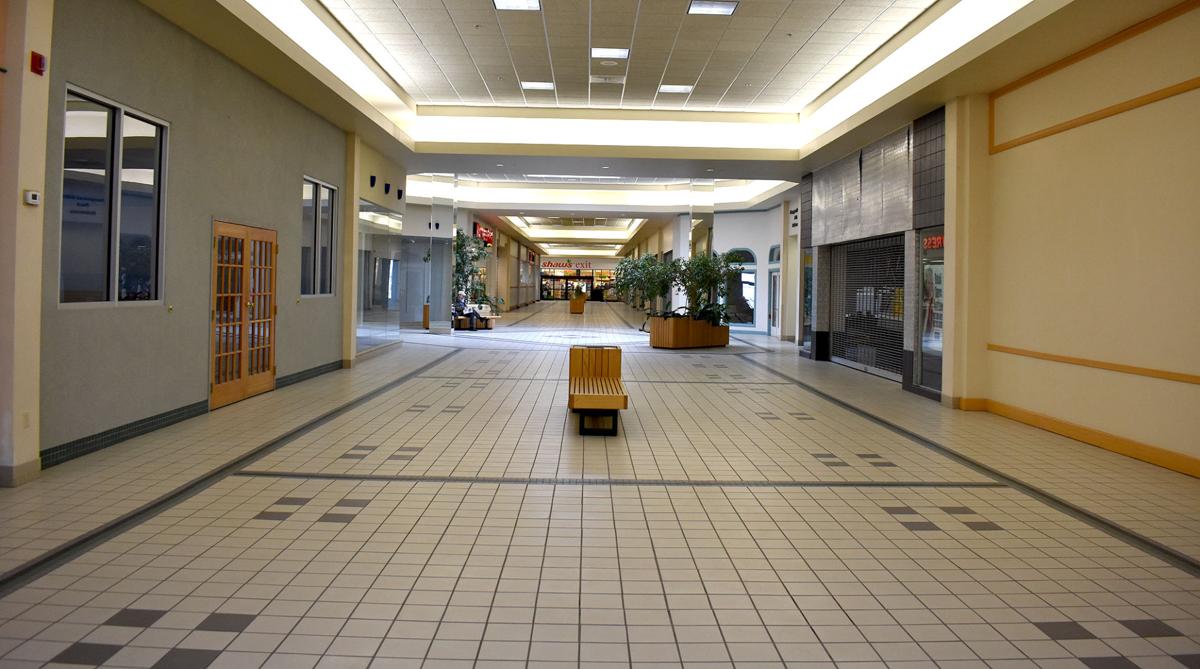 With so few stores remaining, the corridors are often empty of shoppers at the Belknap Mall. (Adam Drapcho/The Laconia Daily Sun photo)

Terry Tran has owned a nail salon in the Belknap Mall for about eight years. Each time another store in the mall closes, he said it hurts his business. (Adam Drapcho/The Laconia Daily Sun)

With so few stores remaining, the corridors are often empty of shoppers at the Belknap Mall. (Adam Drapcho/The Laconia Daily Sun photo)

BELMONT — When Carmen Lorentz was growing up, and it was time to go shopping, she and her family headed to the Belknap Mall.

“When I was a kid, that’s where I would go. It was a very vibrant shopping center,” Lorentz said. “It’s kind of sad to see it now.”

“Sad” because it’s anything but vibrant now. Only a handful of storefronts remain open to shoppers walking through the enclosed shopping area — and it’s getting worse. In the past two years, five stores have closed or relocated somewhere else, including major retailers such as Maurice’s and Peebles. CVS, one of the few remaining stores, will close on March 1.

The Belknap Mall, currently assessed by the town of Belmont for $18.25 million, is owned and operated by The Wilder Companies, which operates more than 30 shopping centers up and down the East Coast — some of which it owns and some it manages on behalf of the owner.

Andy LaGrega, one of the principal owners of Wilder, said the Belknap Mall is the last enclosed shopping mall in his company’s portfolio. All the rest have either been sold or redeveloped.

“We saw a real trend in the ’90s of retailers moving out of the malls. Unless you were a trophy mall, we saw a shift of where people were shopping,” LaGrega said.

Accelerating that trend is cost. Rents are higher in an enclosed shopping mall, which LaGrega explained by pointing to the shared interior space that has to be cleaned, heated, and maintained. Once the shoppers started to thin out, there wasn’t much incentive to continue paying the higher rent.

And as the stores close, foot traffic decreases. That’s what Terry Tran, owner of Key Nails, has seen. The nail salon has been in the mall for 20 years, he said, and he’s owned it for about the last eight.

Key Nails is one of just seven remaining businesses — including the soon-to-close CVS — in the Belknap Mall. Others include a Subway sandwich shop, Shaw’s supermarket and the urgent care medical provider ClearChoiceMD. There’s also a U.S. Cellular store and a mattress retailer, though those cannot be accessed from within the mall, only via exterior entrances.

Tran said his business is “doing OK,” yet he said he can feel an impact to his business each time another one of his neighbors closes or leaves the mall.

“Any business closes, the traffic is less,” he said. “People don’t explore the mall, because there’s nothing to explore any more.”

Economist Russ Thibeault, who shops at the Shaw’s in the Belknap Mall, said he’s familiar with the shopping center’s decline. The mall, he said, is suffering due to pressures seen nationwide, combined with an additional challenge due to the development of the retail outlets in Tilton.

“The whole retail industry has been turned on its head, for a couple of reasons. One being, of course, online retailing, and then big box retailing, and, in our area, outlets. We’ve had a triple whammy — the Belknap Mall has been hit by all three challenges.

Thibeault pointed to other malls that have sought to replace their retail tenants with other ventures.

The Lilac Mall in Rochester houses Great Bay Community College. In Concord, the Steeplegate Mall has a charter school, a trampoline park, a laser tag business, and a community theater.

Mason Asset Management operates the Steeplegate Mall, and Elliot Nassim, president of the company, said that malls still have a strong advantage in the land that they sit on.

“The most common misperception about the industry is that traditional retail is dead,” Nassim said. “The truth is that the landscape is certainly evolving, but one thing that remains the same is the value of the real estate that these malls sit on. These are centrally located community hubs, with access to parking and nearby freeways. Our investment can take on many different forms, as we are committed to determining the highest and best use of the property — exploring all options for vacancies, including alternative tenants from sectors that include entertainment, fitness, commercial, and even residential.”

‘Everything is on the table’

Given the present situation, it’s no surprise that LaGrega and Wilder’s vice-president of marketing, Shelley Lord, strongly hinted that change is on the way for the Belknap Mall.

“Across our whole portfolio, we are looking at different uses, including medical, including residential,” LaGrega said. “Like all our centers, we are evaluating what we can bring in for uses to backfill where our brick-and-mortar stores used to be.”

Lord said there’s a future for the Belknap Mall property, but that it probably won’t look like its past.

“There are a lot of pluses about that center: location off the highway, the views to the lake if you build up. There is definite potential. The Lakes Region is a smaller market, but it’s still a solid market,” Lord said. “There is a good story to tell about the center, it’s just not the malls of the ’80s and ’90s.”

She said that the company’s strategy, when it comes to repurposing enclosed retail space, is to find a use for it that doesn’t compete with the online marketplace. Instead of retail, they’ve found success by focusing on medical, dining, or service providers.

“Everything is on the table,” Lord said.

Wilder recently redeveloped a property in Watertown, Massachusetts, known as Arsenal Yards, which had an enclosed shopping mall built to connect two historic buildings. Wilder demolished the mall to create what it calls an “urban village” that includes retailers, restaurants, and fitness businesses, as well as a hotel and 300 apartments.

Lorentz, who used to haunt the mall as a girl, has grown up to be the executive director of Lakes Region Community Developers. She endorsed the idea of using the 15.67-acre Belknap Mall property to address the region’s housing needs.

“There’s already a trail system connecting to a beach. I think it would be a pretty cool place to live as far as amenities,” Lorentz said.

She envisioned a residential development that would be friendly to people of all ages and a range of demographics.

“I’ll be curious to see what could happen with it. It would be a good location for housing, and it would be nice to see that site revitalized, be vibrant again,” Lorentz said.

Children's Auction is a show you can see for yourself

LACONIA — If it’s the holiday season in the Lakes Region, then it’s time for the Children’s Auction, an annual celebration of giving in suppor…