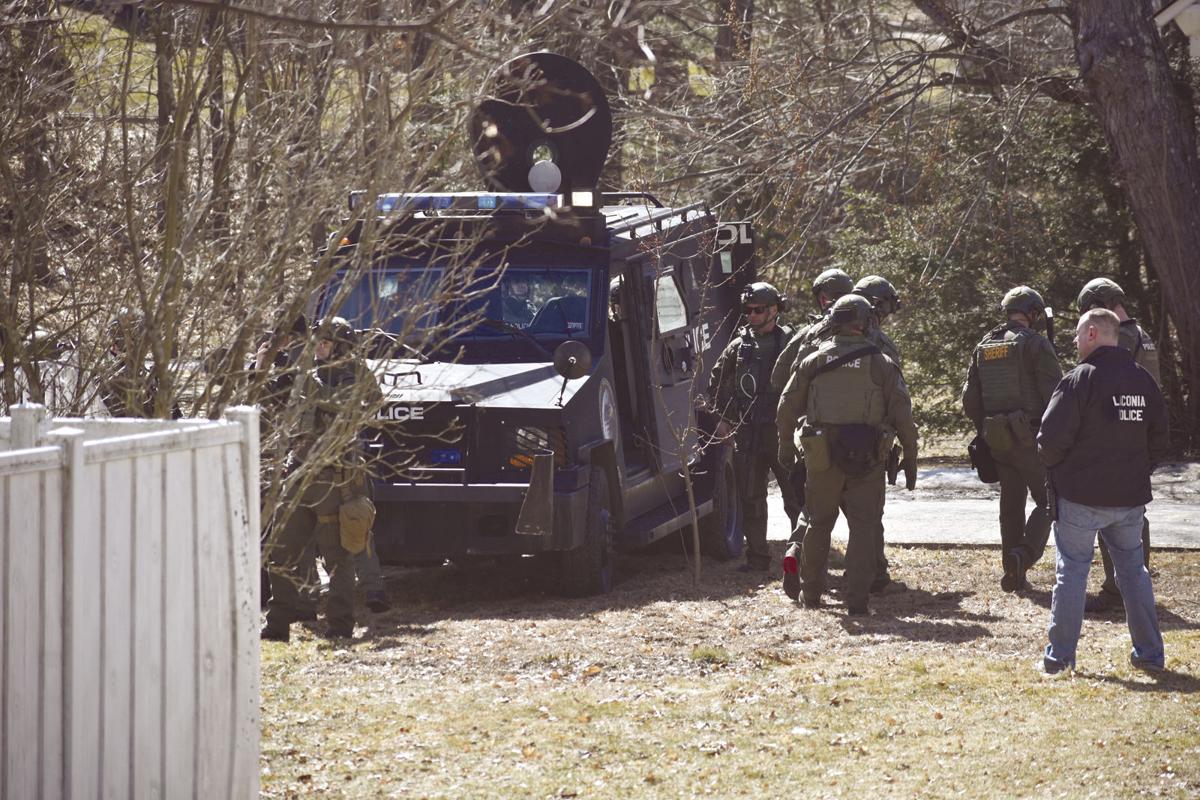 A contingent of police officers, including from Laconia and the Belknap Regional Special Operations Team, converge on a residence at 20 Crescent Street where three persons were taken into custody on Wednesday morning. (Tom Caldwell/The Laconia Daily Sun) 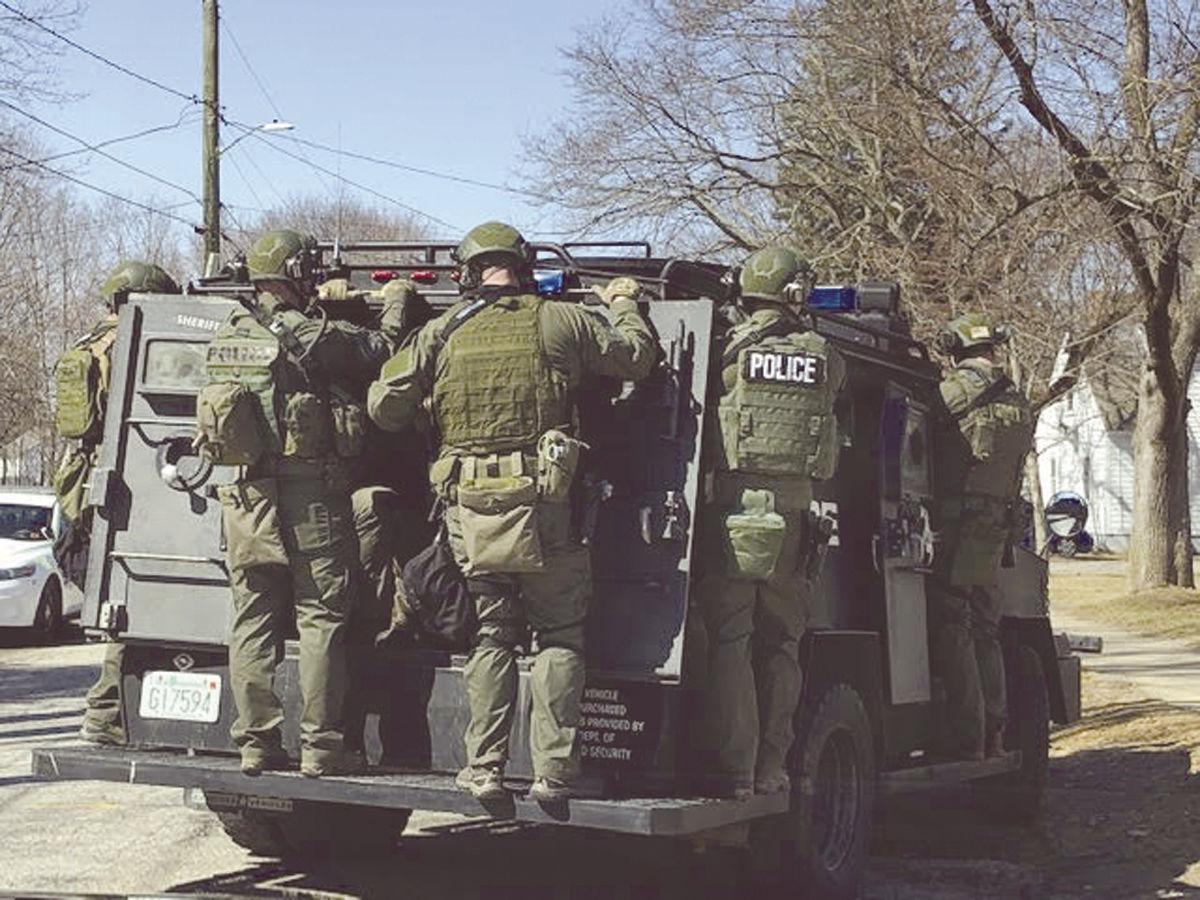 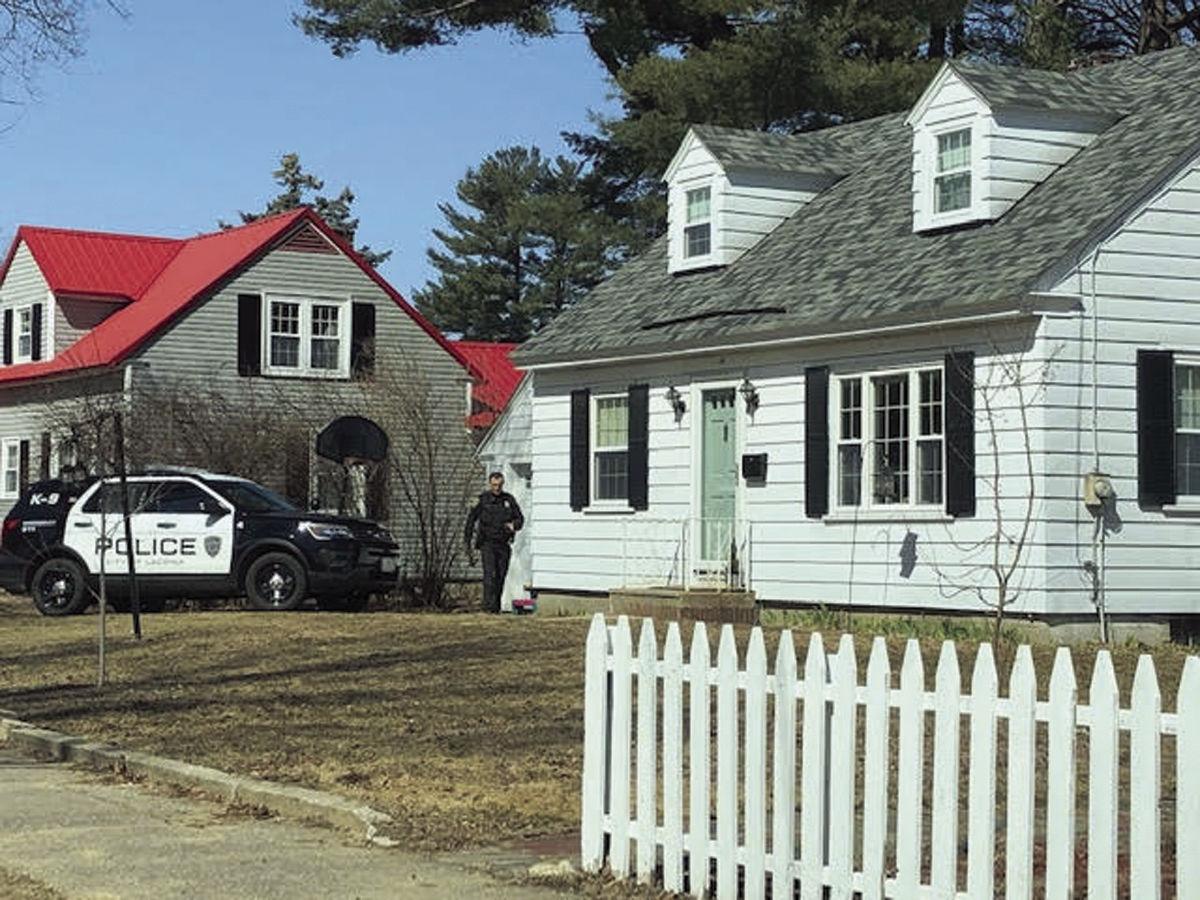 A contingent of police officers, including from Laconia and the Belknap Regional Special Operations Team, converge on a residence at 20 Crescent Street where three persons were taken into custody on Wednesday morning. (Tom Caldwell/The Laconia Daily Sun)

Laconia Police Chief Matt Canfield said the drug unit had logged several controlled drug sales from that location over a period of months before launching the raid. Because there were numerous people judged to be dangerous according to a threat matrix, police asked neighbors to stay inside while the special operations team helped to execute the arrest and search warrants at 10:30 a.m. Cruisers blocked traffic on both sides of Crescent Street.

Those inside the home did not comply with orders to exit the building, so police made a forced entry through the garage. They were able to get some of the inhabitants out of the building, but one man barricaded himself inside, ignoring several attempts to get him to surrender, according to Canfield.

Eventually, the man surrendered without incident.

Arrested was Brendon Boyle, 41, of 20 Crescent St., who was charged with failure to comply with sex offender registration, a Class A felony, and providing false information to law enforcement, a Class B felony. Canfield said additional charges will be forthcoming.

Also arrested was Patricia Boyle, 52, of 20 Crescent St., charged with possession of a narcotic drug suspected to be fentanyl, a Class B felony. Additional charges will be forthcoming.

The third person arrested was Matthew Marlett, 41, of Derry, charged with resisting arrest, a misdemeanor.

Police seized 5 grams of suspected fentanyl and other unidentified drugs, Canfield said, noting that the drugs will be sent to a laboratory for analysis.