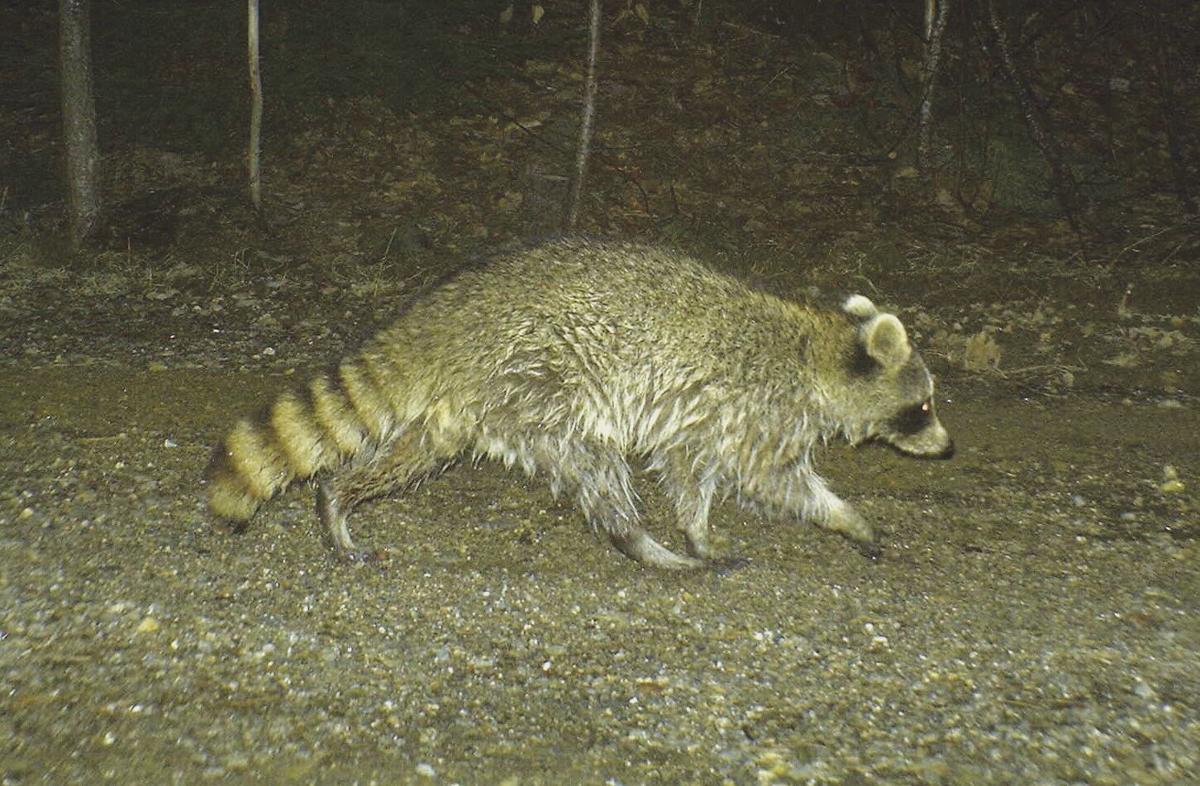 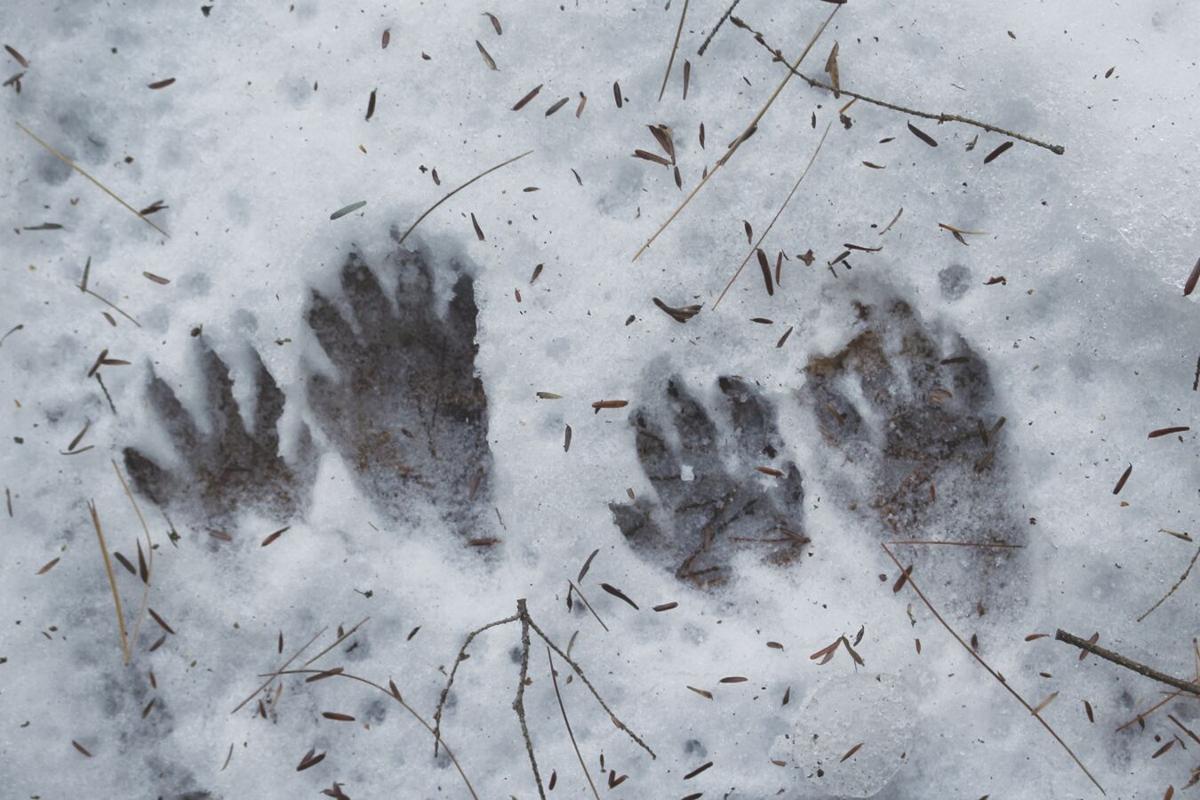 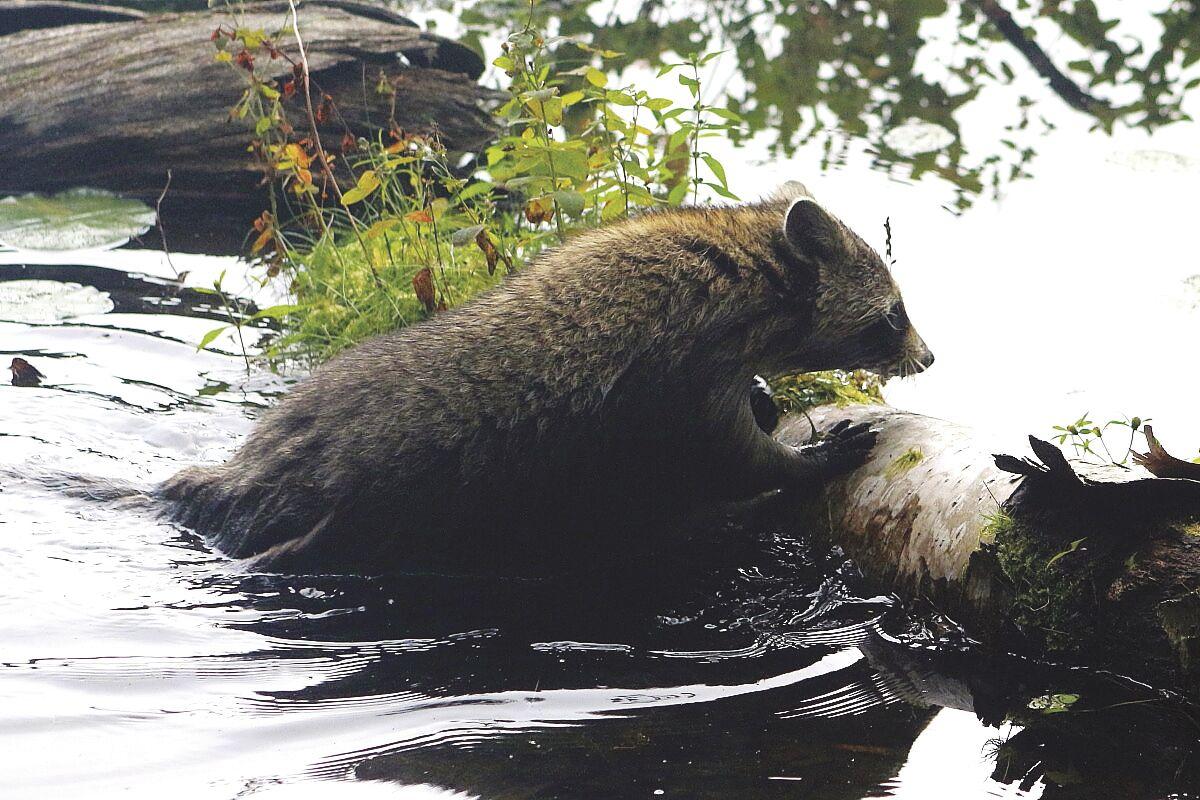 Raccoons are excellent swimmers and spend much of their night hunting for frogs, fish, crayfish, clams, even turtles in the lakes and rivers. (Courtesy photo/Scott Powell)

Raccoons are excellent swimmers and spend much of their night hunting for frogs, fish, crayfish, clams, even turtles in the lakes and rivers. (Courtesy photo/Scott Powell)

On a recent walk after some warm weather made the snow just the right consistency for animal tracks, I came upon a set of perfectly rendered little hand prints in the trail. The prints exhibited five clear fingers, including a thumb, looking enough like a human hand that it had to have been left by a roaming raccoon. It’s that dexterous little hand that has allowed the raccoon to earn the well-deserved reputation of a quite clever and somewhat mischievous creature.

A raccoon’s thumbs aren’t opposable like our thumbs are, but they are still nimble and functional enough to undertake a wide range of tasks such as opening coolers, untying knots, even working the doorknob to your home. They also love to investigate trash barrels, and since they are nocturnal animals, you may never know what opened up an outside trash can and distributed the contents around the yard. But if the barrel isn’t destroyed the way a bear would rip it apart, it was likely the careful work of a raccoon.

I’ve come across a raccoon a few times on my travels, usually in the early morning as they are finishing their nightly rounds, and every time it has been near water. On one morning walk along the shore of a lake I heard a rustling in the shrubs, stopped to see what was there, and in the dim light I saw a soggy raccoon scrambling up of out the lake onto shore. I’m pretty sure it knew I was there — it looked in my direction, walked away from me for a few yards then went back into the lake. I continued on my way along the trail which followed the edge of the lake, and in a minute or two the raccoon came back up on land. It seemed to ignore me as it walked along the edge of the lake for maybe 50 yards before returning to the water again. This pattern continued for the next half mile where the trail remained close to the water. A couple of times it would pop up close enough to me for me get a good look at it — and it at me, which it did several times, trying to decide if I was enough of a threat for it to terminate its overnight hunting expedition. In one area where the shoreline was open I was able to see it swimming and discovered that it was buoyant enough that a good portion of its head and body floated high and dry above the water.

Raccoons are excellent swimmers and spend much of their night hunting for frogs, fish, crayfish, clams, even turtles in the lakes and rivers. But they aren’t just seafood consumers; like a bear, they are omnivores and will eat just about anything they can get those hands on, including nuts and fruit, grubs, crickets, even mice and moles. Another valuable source of food, one that shows how tough they are: underground bees’ nests. They’ll dig up a nest to eat the bees and the eggs, shrugging off the many stings they surely receive — that’s an animal I don’t want to fight with! Another good reason to stay away from raccoons is rabies. According to New Hampshire Fish and Game, about half of all reported rabies cases in New Hampshire are due to raccoons. If you see a raccoon out in daylight hours, it will be wise to keep far away, and if you see unusual behavior such as acting aggressive, or not retreating from humans, you should report it to the Fish and Game department.

Another strong attribute of raccoons is climbing trees. They are excellent climbers, and I have seen them scurry quickly up a tree then sit on a branch and stare down at me. Their rear feet have the unusual ability to rotate 180 degrees which allows them to run down trees head first at a good clip. They are not quiet when they climb, so if you’re out in the woods around dusk or dawn and you hear scratching in the trees, follow the sound to see if it’s a raccoon climbing to safety. Raccoons will den in tree cavities, as well as in abandoned animal burrows, brush piles, even chimneys — anywhere that’s protected from the elements. They start mating this time of year and their offspring will be born around late April. Their parents are good caregivers, with the mother nurturing them through the summer.

All of these abilities make the raccoon a resilient and highly adaptable animal, able to live in a wide range of habitats, from northern forests to southern bottom lands. They also adapt quite well to living with human development. One study in New York State found that the highest density in the state was in New York City. [Rezendes, Tracking and the Art of Seeing, HarperCollins, 1991] Whether or not you find tracks of a raccoon around where you live, it’s worth making sure the cap on your chimney is secure so those adept little fingers don’t let them build a nest in your chimney!