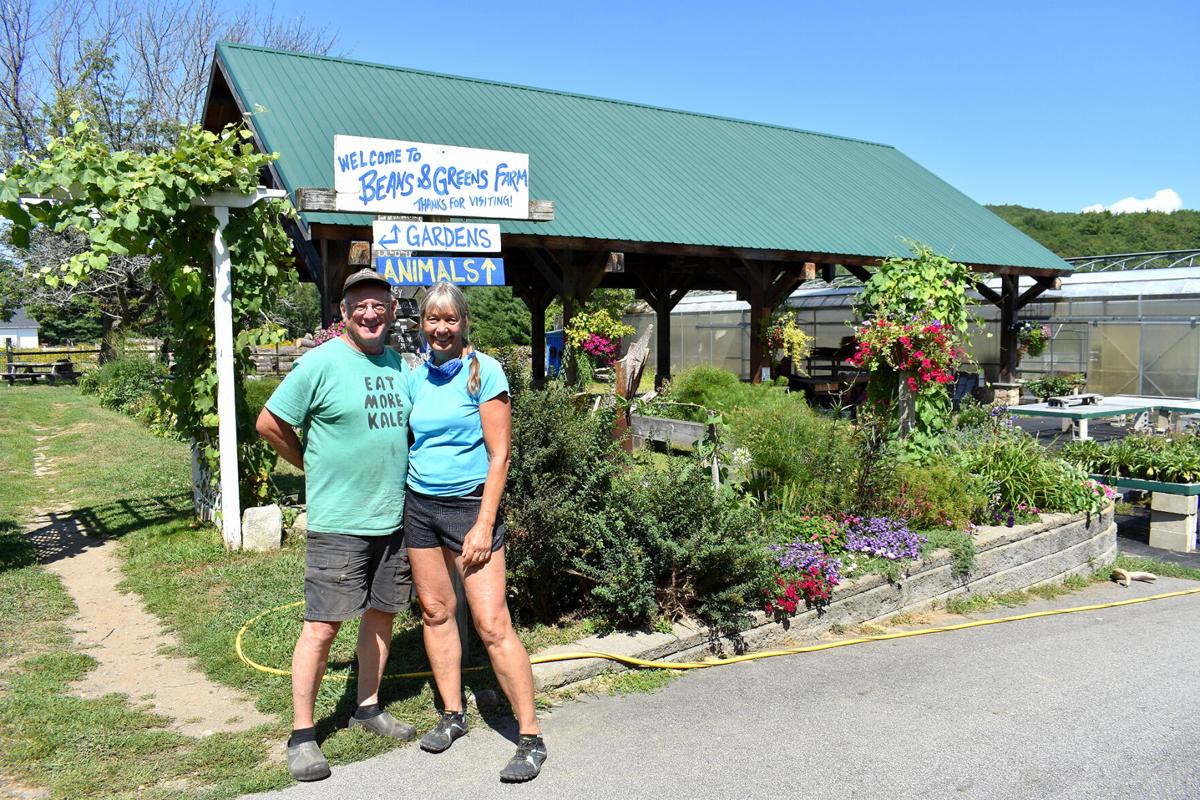 Andy and Martina Howe are hoping that whoever buys their farm will continue to use it for agriculture. (Adam Drapcho/The Laconia Daily Sun photo) 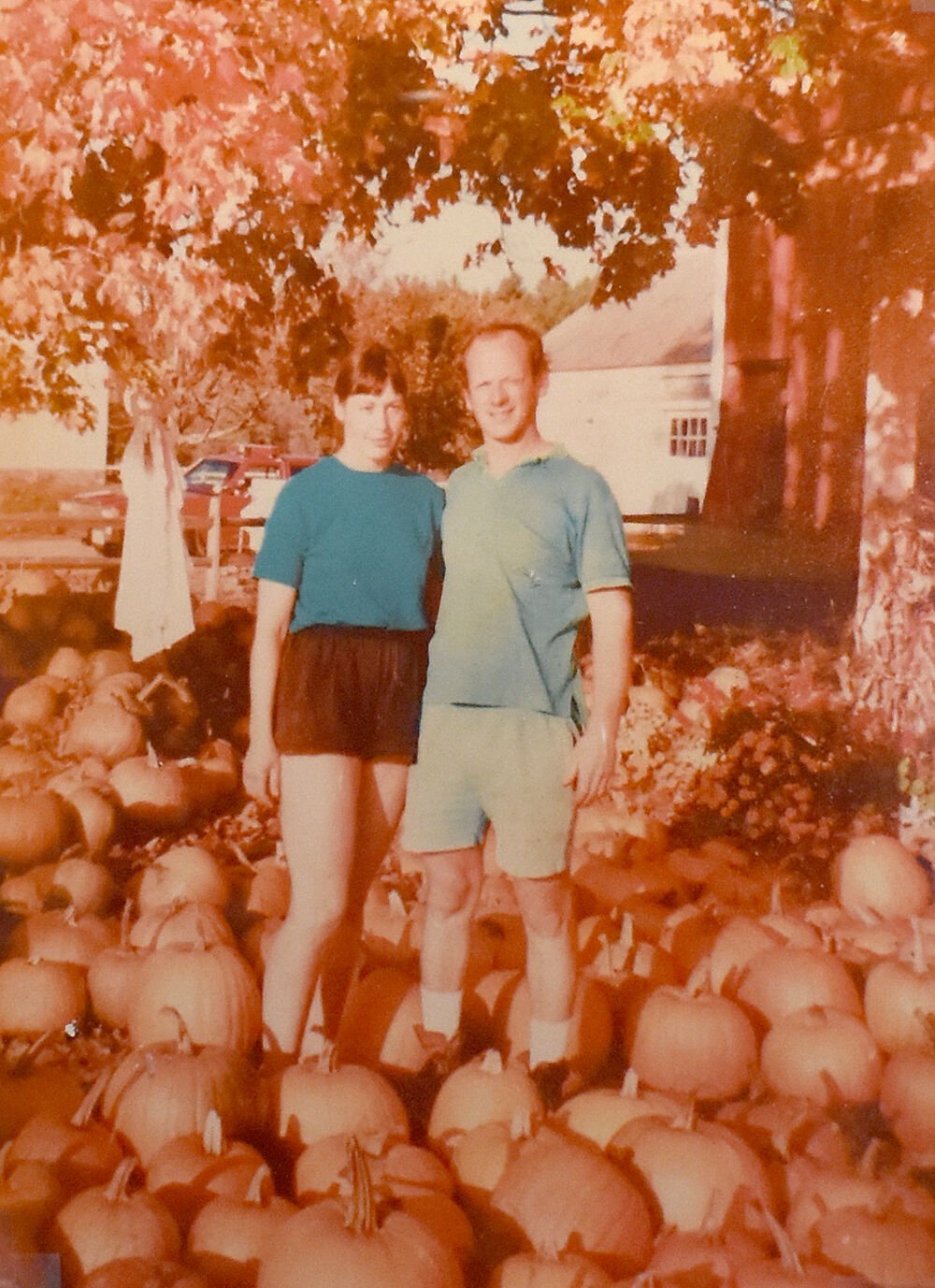 Martina and Andy Howe stand with their first crop of pumpkins grown at Beans and Greens Farm in Gilford. They've put the property up for sale after 30 years of farming. (Courtesy photo)

Andy and Martina Howe are hoping that whoever buys their farm will continue to use it for agriculture. (Adam Drapcho/The Laconia Daily Sun photo)

Martina and Andy Howe stand with their first crop of pumpkins grown at Beans and Greens Farm in Gilford. They've put the property up for sale after 30 years of farming. (Courtesy photo)

GILFORD — Tell anyone on the southern side of Lake Winnipesaukee that the Beans and Greens Farm is for sale, and you might get a two-word response: “Oh, no!” For many, a trip to the farmstand to get sweet corn and fresh vegetables is as much a part of summer as a day at the town beach.

Owners Andy and Martina Howe said they’re ready to think about retirement – he’s 65, and she’s catching up to him – and none of their three children are interested in taking the farm over. So, they’ve put it on the market.

To be specific, the property that they’ve listed is a 6.2-acre plot at 245 Intervale Road, which includes the farmstand, several greenhouses, a post-and-beam pavilion and an antique cape home. The asking price for the property, which is in the commercial/resort zone, is $1.2 million.

The Howes own nearly 300 more acres, which is all protected by conservation easements, and which they intend to continue to farm.

Martina and Andy, who both grew up in Gilford, are in their 31st year of farming on Intervale Road. The property had been the site of a beef farm before they arrived.

It was “Old tumble-down buildings, not much of anything here,” Andy recalled. They figured they’d grow some vegetables and put up a small farmstand in the hopes that people would stop to buy them. It turned out to be far more popular than they expected, Martina said.

“We would never have guessed back then, it was a small roadside stand. We never expected this,” she said, standing with Andy behind their large farmstand, which was converted from a 1838 barn.

The Howes leased the property for nearly a decade, then bought the land and created what has become a destination farm. They put up several greenhouses, the pavilion and created the farmstand, added a bakery and paved parking lot, and grew a customer base. Trips to Beans and Greens have now become multi-generational, as kids who first visited decades ago are now returning with their own children in tow.

Because of the zone that the land is in, there are many possibilities when it comes to redevelopment. The Howes hope the new owner doesn’t exercise any of them.

“The best circumstance is that someone would buy it and continue to run it as a farmstand – that would be our dream,” Andy said. He said he would specifically like to see a group of people invest in an entity that would purchase the property and then allow young farmers to continue to operate there. Clearly there’s a market for fresh, locally-grown vegetables and meats, Andy said, noting that 2020 has been their best year yet.

In Martina’s view, the pandemic has made more people value local sources of food.

“I think that a time like this, with COVID going on, people are realizing how important it is for there to be a farm in the area,” she said.

Andy said the past 30 years have been “very satisfying because we built it from nothing… It’s become a part of the community, it really has.”

LACONIA — Trustworthy Hardware, a fixture on Union Avenue for about 40 years, will close its doors for good on Wednesday.