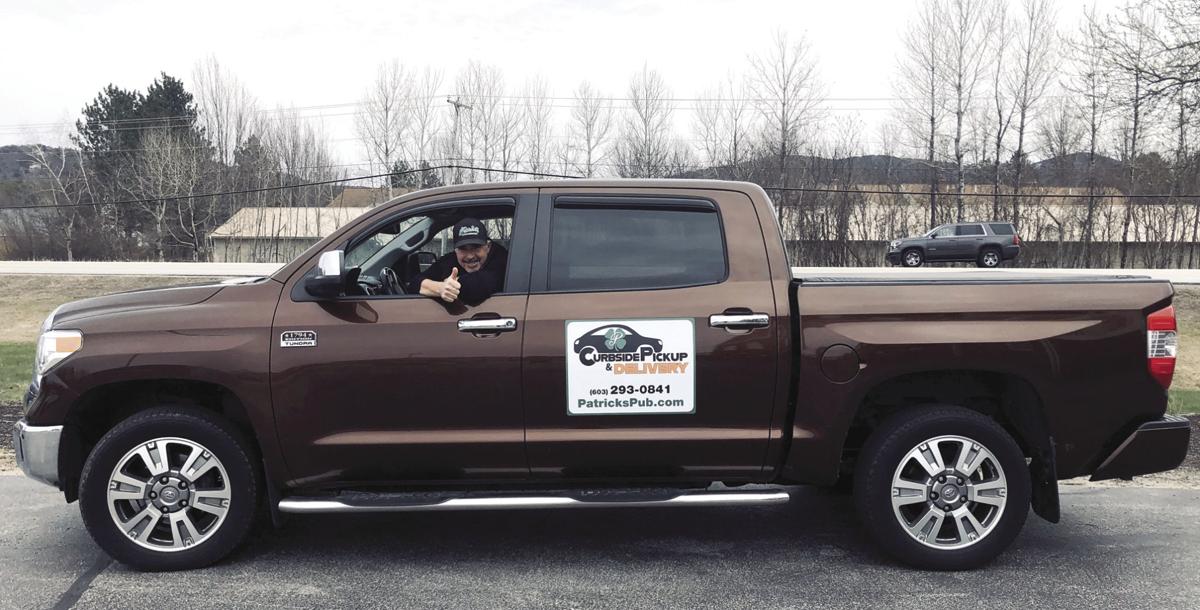 Editor’s Note: This story is part of the 50 Businesses, 50 Solutions series that aims to highlight how business leaders across the state, from mom and pop shops, to large corporations have adapted to meet the challenges and disruptions caused by the novel coronavirus in the hopes others may be able to replicate these ideas and innovations

Allan Beetle, owner of Patrick’s Pub & Eatery in Gilford, has been in business for 26 years. Right now, however, he feels like he did when Patrick’s was a fledgling business.

Normally, Patrick’s business centers around dining in. During the summer, much of the business comes from patrons headed to concerts at the nearby Bank of New Hampshire Pavilion. When the pandemic hit, Beetle and his brother and co-owner Jeff Beetle, knew that they needed to pivot to take-out and delivery, which normally comprises only 1 percent of their revenue. Now, they’re planning to make that change permanent, while also opening to limited on-site dining, following state regulations.

“We anticipate that this is going to continue, with curbside pickup and delivery near the current levels for the foreseeable future,” Beetle said. “Everything we do in this piece of the business is for the long game.”

The biggest challenge is getting customers to consider the local Irish pub when they’re deciding what to order for take-out.

“In addition to becoming good at doing this part of the business, it’s about becoming known for this in the minds of our community,” Beetle said. When most people think of take-out options they consider pizza, Chinese, or Thai food, he said.

Beetle wants to add Irish pub food to that list, so he’s adjusting his branding and advertising. As soon as the restaurant opened for take-out, Beetle changed the billboard to include a new logo advertising pick-up and delivery. Patrick’s is using paid social media advertising for the first time and now sends three emails per week, rather than one. “Our open rate is higher than ever,” Beetle said.

As of mid-May, Patrick’s was doing 35 percent of its normal, pre-pandemic business, all of it coming from take-out and delivery.

To facilitate the shift to take-out, Beetle invested in an upgraded phone system, thinking it would help staff take orders efficiently. He thought that 80 percent of orders would come in by phone. Instead, he found that 75 percent of orders are being placed online. After using one online ordering platform that he wasn’t satisfied with, Beetle switched to ChowNow for its ease of communication with customers. Beetle feels pressure to get each order right, because customers will only return if the ordering process is easy and their experience is positive.

“That’s a sign of the progress we’ve made in changing to takeout,” Beetle said. Still, it’s a far cry from the roughly 85 staff members Patrick’s has during a typical summer. For now, Beetle is focused on sustainable growth, just like he was 26 years ago.

“It feels like it did when we first opened: month to month, seeing how we are doing, and are we going to be able to sustain this,” he said. “It was like that for the first few years. I hope it doesn’t take that long this time around.”

From sole proprietorships to large corporations, we want to hear from all New Hampshire business leaders who’ve found solutions to their COVID-related challenges. Tell us your story here. A reporter may follow up for a future article in this series.

CONCORD — On June 15, people can go to their favorite New Hampshire restaurant, sit down in the dining room and enjoy a steak, chicken, fish o…