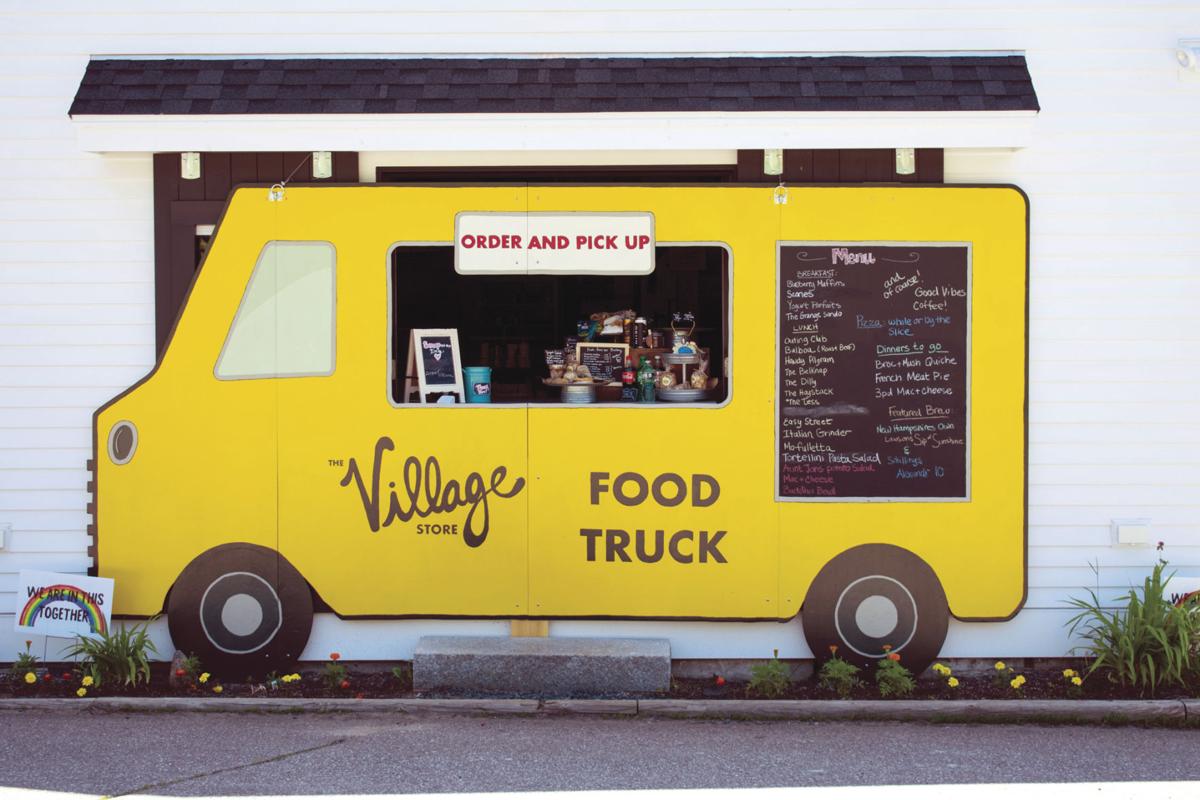 The Gilford Village Store could have remained open as an essential business, but the owners were worried about their safety. Now, they’ve made a compromise to balance safety and business.

The Gilford Village Store has been a landmark in Gilford Village since 1836. But when the pandemic hit, it had only been reopened for a year and a half, after owners Malinda Laflamme and Alex Fraser bought it three years ago and gutted the building, opening with a deli, bakery and convenience store.

Because of the convenience store, the Gilford Village Store could have remained open as an essential business. But Laflamme and Fraser were concerned about that. Most of the business at the store comes from the nearby schools and town offices, now closed by the stay-at-home order. They worried about making enough sales to cover expenses. On the first day after schools shut down, a steady stream of children flowed through the store, a popular gathering spot in town. Then, Fraser and Laflamme worried about enforcing social distancing guidelines for customers, and the risk of staying open didn’t seem worth it.

“It was our community, our employees and our own families that we were taking into consideration,” Laflamme said. The owners decided to shut the doors of the store, and for two and a half months they remained closed.

With business slipping away but the health risk of the pandemic on their minds, Laflamme and Fraser tried to brainstorm ways to reopen safely. The biggest portion of their business comes from the deli, which gave Laflamme an idea: “With limiting the menu, we’re going to be like a food truck,” she thought.

Inspired, Laflamme cut and painted a massive yellow food truck facade out of plywood. She fixed it over french doors on the side of the building, creating an improvised take-out window that let The Gilford Village Store reopen with a limited menu and without Fraser and Laflamme having to worry about their safety.

“We’re pretty far away from people, so it makes us feel a little bit more comfortable,” Laflamme said.

At the window customers can order sandwiches or baked goods, and even request items from the convenience store. Although the approach has had a positive reaction overall, not everyone in town understood the owners decision to prioritize safety over profits.

“The people who are nervous really appreciate it,” Laflamme said, “and the people who would have walked in and not followed directions can’t understand why we’re not [fully] open.”

The deli business is doing pretty well, Laflamme said, but the bakery is struggling, likely because baked goods are usually an impulse buy. She’s trying to brainstorm ways to recreate that at the takeout window.

Still, business is down for The Gilford Village Store, especially with schools closed. The bulk of sales normally come from parents dropping children off or picking up from school, so Laflamme hopes to be fully reopened if schools resume in-person classes in the fall. The store normally has two full-time and two part-time employees in addition to the owners, but for now Laflamme, Fraser and their families are running the show.

“We’re not making enough money to bring the employees back,” Laflamme said.

Despite that, she’s glad to have the takeout window as a way to balance safety with business and to keep the store in the minds of community members.

“It was a compromise,” Laflamme said. “Being closed was giving me anxiety. We’re just starting to build up this business and people are just figuring out what we are again. The situation we came up with with the ‘food truck’ is giving us peace of mind.”

This story is part of the 50 Businesses, 50 Solutions series, shared by partners in The Granite State News Collaborative, that aims to highlight how business leaders across the state, from mom and pop shops, to large corporations have adapted to meet the challenges and disruptions caused by the novel coronavirus in the hopes others may be able to replicate these ideas and innovations. Tell us your story here. For more information visit collaborativenh.org.

Editor’s Note: This story is part of the 50 Businesses, 50 Solutions series that aims to highlight how business leaders across the state, from…