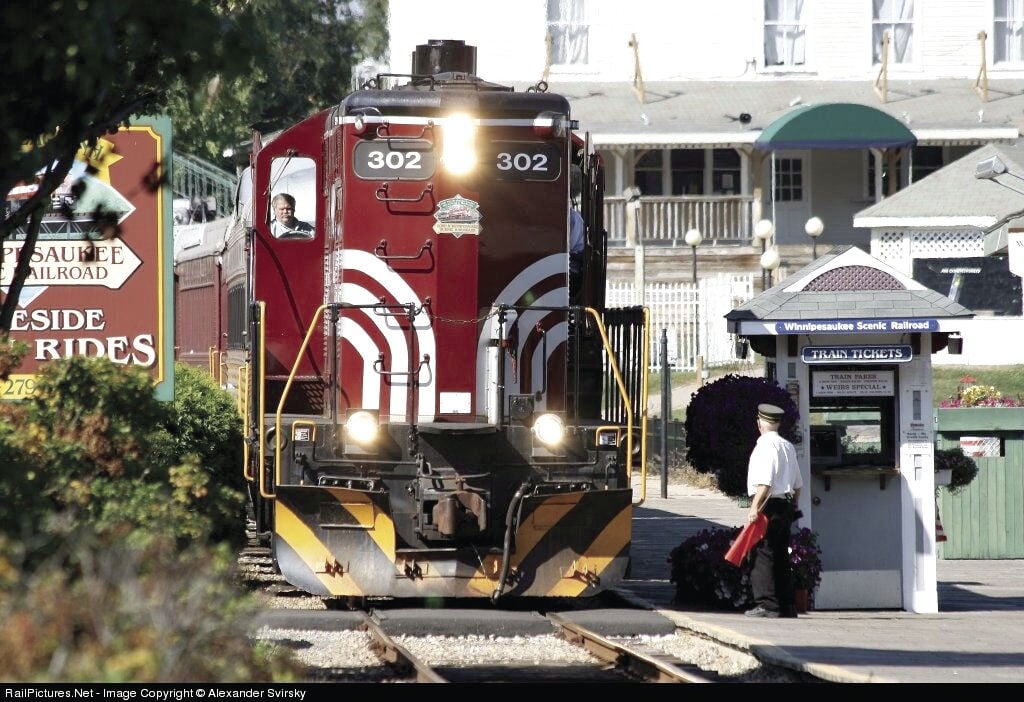 The Winnipesaukee Scenic Railroad’s Locomotive #302 is shown pulling safely into the Weirs Beach Station and Boardwalk during one of its three daily 2-hour round-trip lakeside excursions between Meredith and Lakeport. (Courtesy photo) 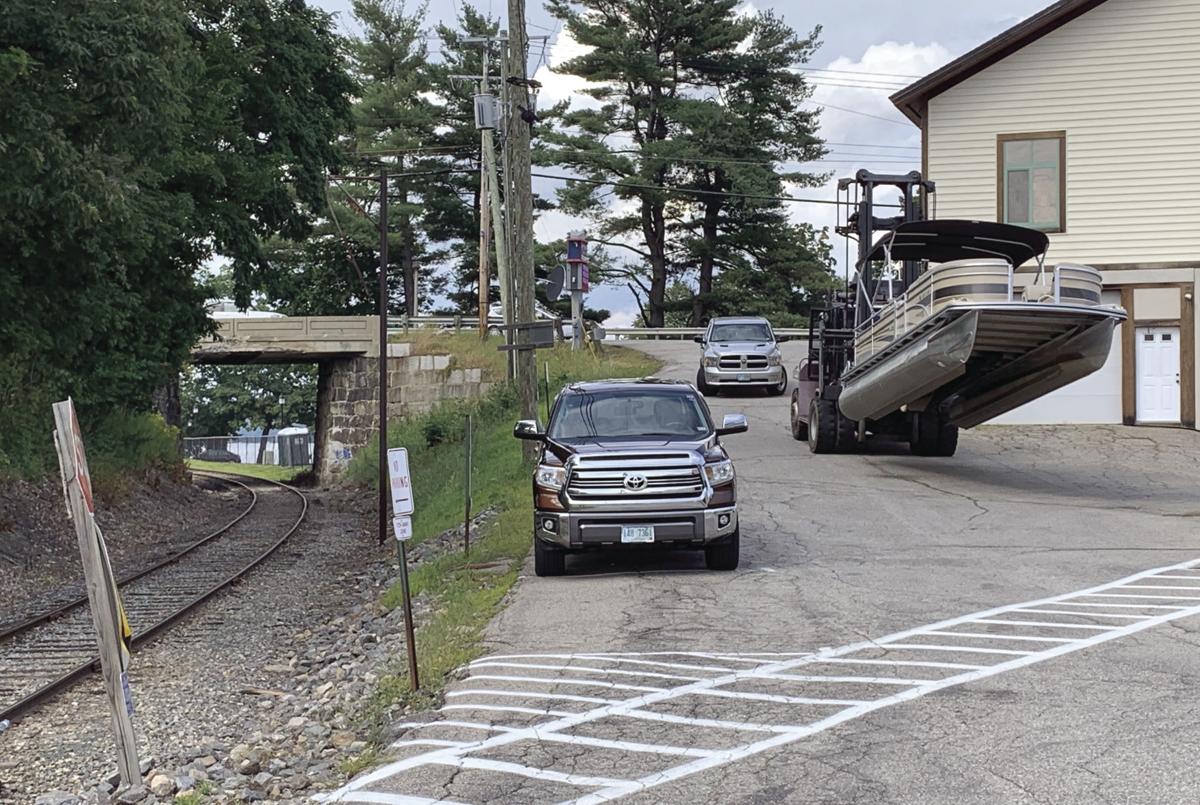 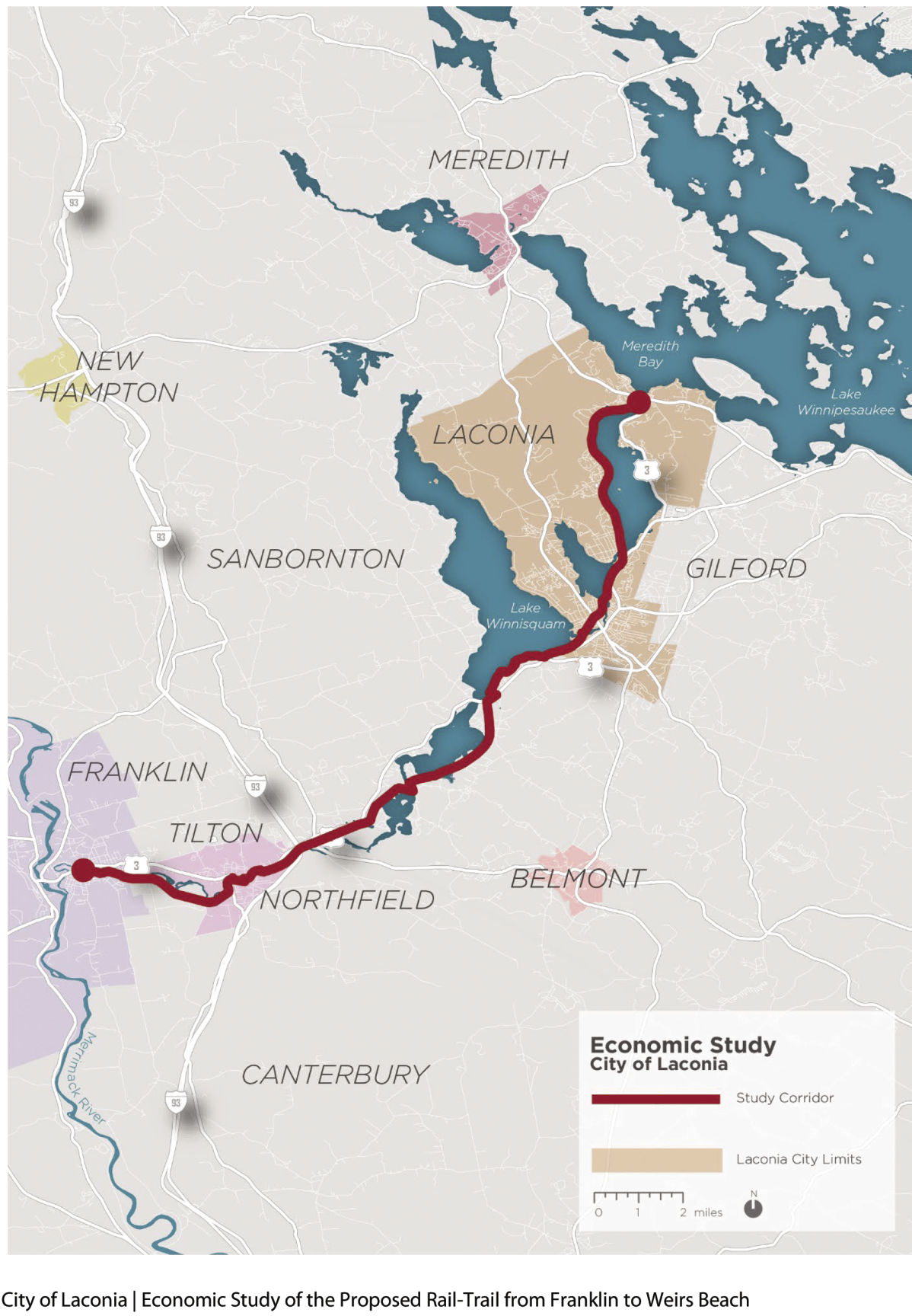 The Winnipesaukee Scenic Railroad’s Locomotive #302 is shown pulling safely into the Weirs Beach Station and Boardwalk during one of its three daily 2-hour round-trip lakeside excursions between Meredith and Lakeport. (Courtesy photo)

LACONIA — Chances are exceedingly small that the WOW Trail will ever be extended to The Weirs unless railroad tracks are removed from its path, Mayor Ed Engler said Tuesday night.

He said it would be too costly to build trail alongside tracks.

His comments came at the City Council meeting after Allan Beetle, president of the WOW Trail organization, presented a study on alternatives for extending the popular public pedestrian and bicycling trail.

Engler is on the WOW Trail Board of Directors.

Beetle said safety concerns and the physical difficulty of accommodating both rail and trail in narrow sections of the state-owned train corridor also make combined use very problematic. Dual use would also put the trail closer to residences along the proposed extension and require a fence.

The study showed a 32:1 benefit-cost ratio for building the trail in place of the tracks, four times higher than putting it alongside the tracks. The rail-with-trail alternative is estimated to cost up to $18.9 million to build, compared to up to $5.2 million for trail without rail.

The report from Alta Planning & Design found that a completed pedestrian and bicycle trail through nearly 20 miles of the railroad right-of-way between Franklin and Weirs Beach would generate additional visitor spending of more than $6 million yearly.

There are more than 8 miles of completed WOW Trail and gaps of more than 10 miles.

Obstacles of pulling up the tracks to complete such a trail are daunting.

Some residents of gated communities between Lakeport and The Weirs don't like the idea of an extension. They cite safety concerns with moving their boats across the trail to get to the waters of Paugus Bay. They have also complained about the potential for crime and violations of privacy.

A state law favoring rail use in active corridors would have to be changed.

The federal Surface Transportation Board would have to approve a state request to discontinue rail use of the corridor. It has declined such requests in the past.

On Wednesday, Engler said the obstacles are overwhelming.

He explained why proponents still want to try.

“It’s just the realization that this particular stretch of trail would be amazing,” he said. “It would be a huge attraction for residents and visitors.

“The thing that galls us is that this is a public right of way owned by the people of New Hampshire that runs right through the city and it is horribly under-utilized.”

During the council meeting, Councilor Bob Hamel endorsed exploring further what it would take to pull up the tracks to make way for an extended trail. Councilors Mark Haynes and David Bownes were also supportive. On Tuesday, Councilor Henry Lipman said “the opportunity is worth pursuing.”

Hamel said the tourist train seldom uses the tracks south of Lakeport and owns the central part of the downtown train station but has left it vacant.

“I would like to see us let Allan (Beetle) go out and see what kind of support he can get from other communities,” Hamel said. “A lot of good things have been happening in Laconia lately and this could be one more of these attractions that will bring people to the Lakes Region.”

Benjamin Clark is owner of The Plymouth & Lincoln Railroad, which runs the tourist train.

The report said the company has about $1 million in annual ticket sales and makes about $100,000 in land-rental payments to the state.

The report also said an extended public trail could actually deliver many customers to the railroad station at The Weirs for train trips into Meredith.

New England Southern Railroad, which provides freight service, has seen declines over the past few decades, from 300 to 400 cars per year, to 100 to 200 cars per year, according to the report. Yearly revenue is about $17,000.

Clark cited the federal and state obstacles and said rail and trail should be compatible.

“Why would you want to choose one over the other when potentially you could have both,” he said in an interview. “It seems counter-intuitive.

“Engineering solutions could be looked at. It’s a situation where everyone should be able to get along.”

The City Council is expected to take up the issue at a later meeting.

“If this council felt strongly enough, knowing the obstacles here, I would go down the line, as I did for this study with Belmont, Tilton, Franklin, with businesses, civic groups and gain a certain amount of support before we consider — we’d have to have all those communities in — before we would consider a legislative effort,” Beetle said.

GILFORD — Richard Vickery has never had a project quite like this.