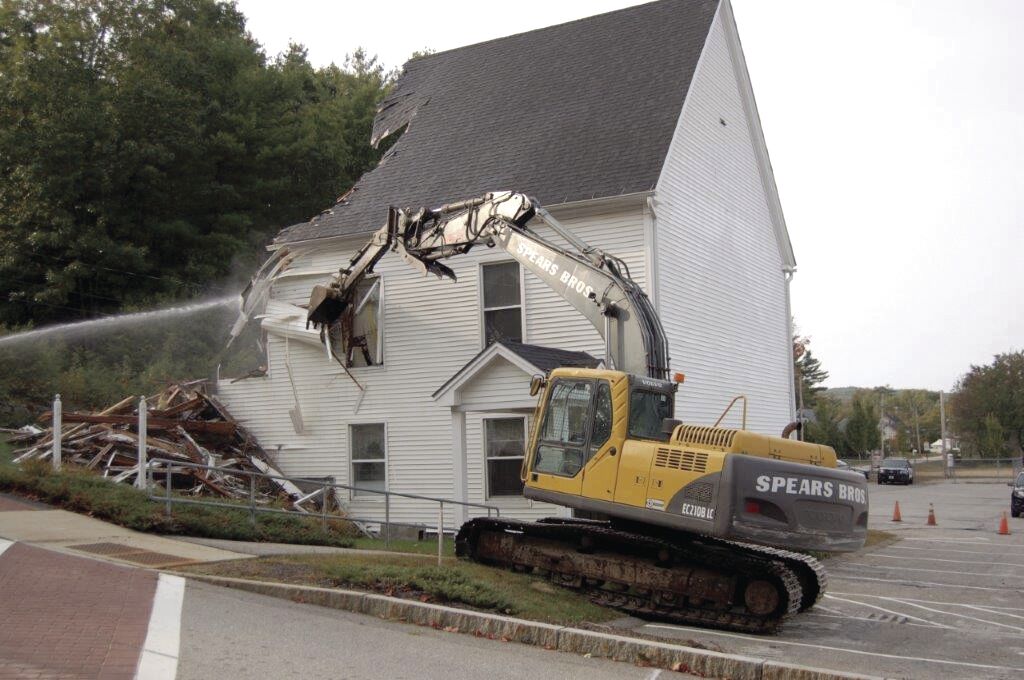 The Corner Meeting House in Belmont was torn down recently to make way for a new police station. A groundbreaking ceremony for the new structure is set for Oct. 27. (Courtesy photo) 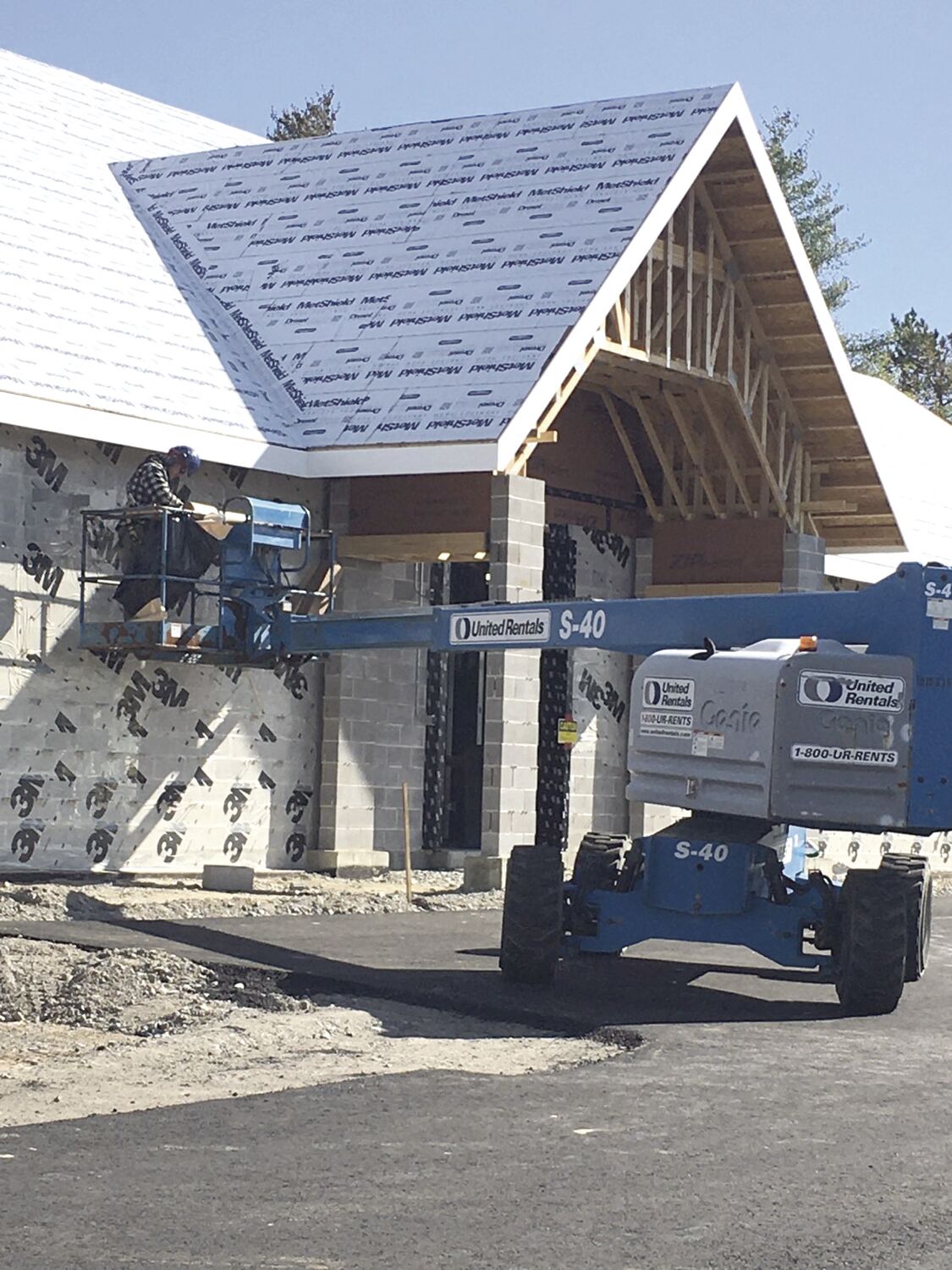 Work on the new police station in Tilton is well along. It is taking shape near the Tanger Outlets. (Rick Green/The Laconia Daily Sun photo)

The Corner Meeting House in Belmont was torn down recently to make way for a new police station. A groundbreaking ceremony for the new structure is set for Oct. 27. (Courtesy photo)

Work on the new police station in Tilton is well along. It is taking shape near the Tanger Outlets. (Rick Green/The Laconia Daily Sun photo)

BELMONT — Work is underway on two police station projects within 5 miles of each other after citizens gave a vote of confidence for local law enforcement by approving millions of dollars in construction money.

The work in Belmont began with the recent demolition of the Corner Meeting House at 16 Sargent St. A $3.5 million station will be built on the site as voters authorized in March.

Also in March, Tilton voters approved a new, $4.7 million police station, a project that is well underway near the Tanger Outlets.

Both stations will replace outdated and undersized facilities.

Belmont police Capt. Rich Mann, who retired last week, said officers are grateful for the way people in town hold the police force in high regard.

“I see a lot of support,” he said. “Driving a cruiser, I see people stick their hand out the window and give us a thumbs up. Some people yell, ‘Thank-you.’

“You hear about what’s happening in other parts of the country, but the feedback from the local community here has always been positive.”

Belmont police officers do their part by being involved in the community.

“When you are out and about you should be a beacon for your agency,” he said. “When you have a good relationship with the community, you'll get it back when you least expect it and most need it.

“The support has been fantastic. People really see how officers are on the line, and are here no matter what.”

Five miles down the road in Tilton, Town Administrator Jeanie Forrester said that town’s new station may be completed as soon as the end of December.

“I think that the voters in Tilton are very supportive of our police department, but they also do their homework and look at everything to the last detail. They are very thoughtful about what they do.”

Four previous measures to build a new police station in Tilton, going back to 2006, had failed to win sufficient voter support.

“This committee built on all the work that had gone before it,” she said. “They did a lot of outreach to folks and a lot of education and everything finally came together.”

BELMONT — After 27 years in police work, Capt. Rich Mann handed in the keys to his police cruiser and was cleaning out his office Thursday as …