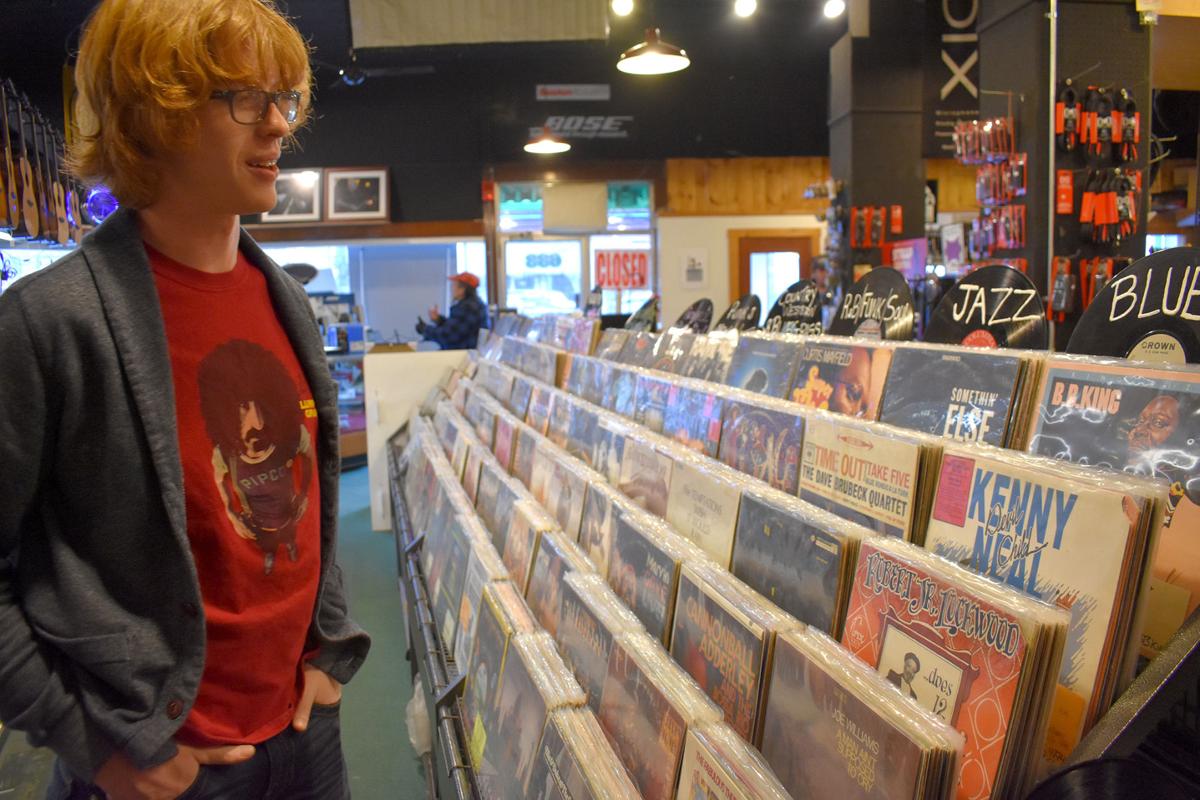 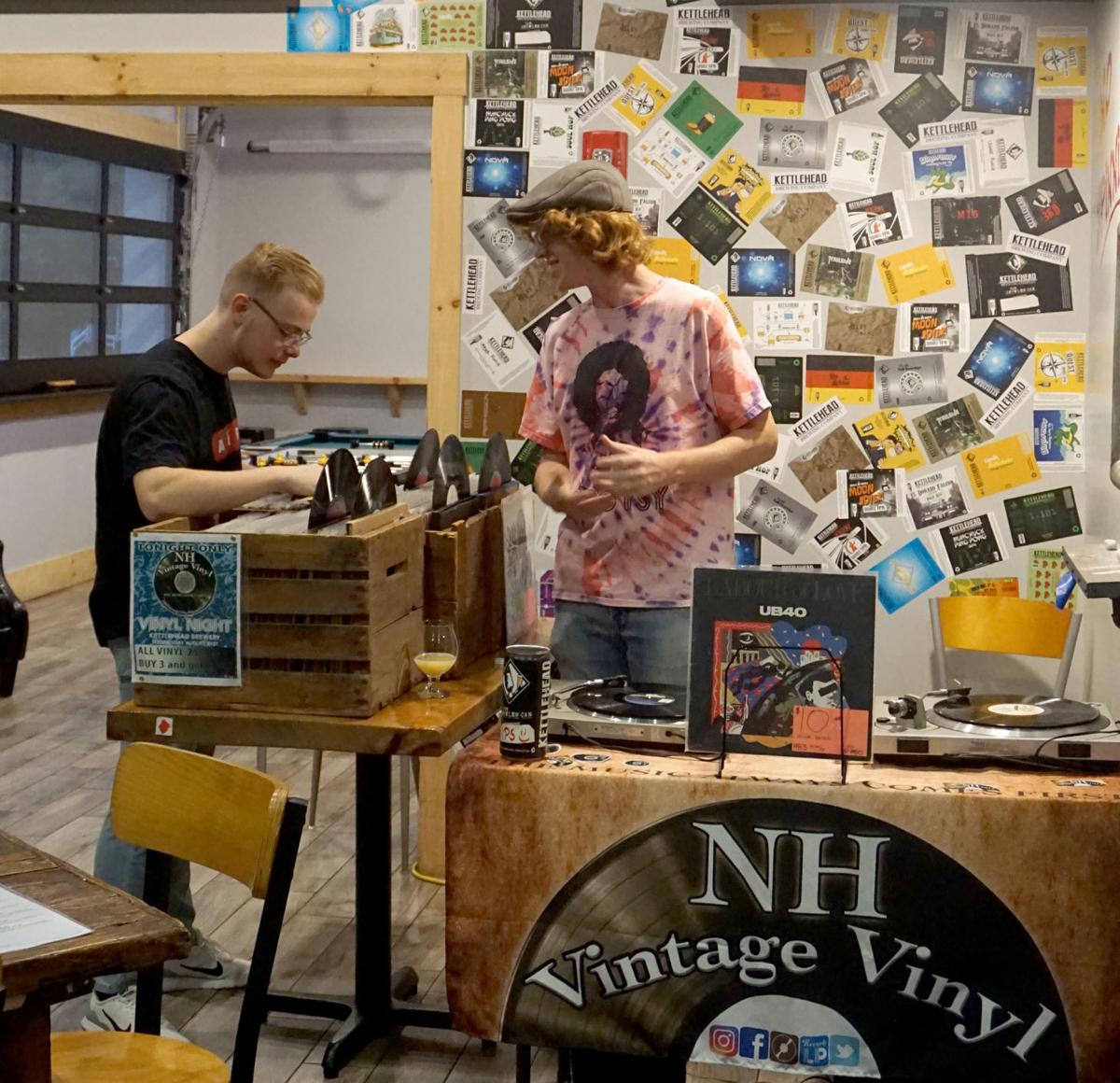 Dan Mack disk jockeying at Kettlehead Brewing in Tilton. Interest in vinyl records is at its highest point since the introduction of the compact disc. (Courtesy photo)

Dan Mack disk jockeying at Kettlehead Brewing in Tilton. Interest in vinyl records is at its highest point since the introduction of the compact disc. (Courtesy photo)

LACONIA — The phonograph record dates back to the 19th century, and is one of Thomas Edison’s contributions to modern life. Phonographs dominated the recorded music market for decades, until cassettes and compact discs came onto the scene.

But like his light bulbs, phonograph records are proving to be one of Edison’s enduring inventions. MP3 players, and then streaming music services, spelled the end of the CD's dominance. The phonograph never went away, though, and vinyl is again on the rise. The Recording Industry Association of America has been reporting an increase in vinyl record sales since 2006, with the most recent revenue report showing $224 million in sales in the first half of 2019.

Why would Americans spend so much on new vinyl records when streaming services allow for instant access to just about any music, and for free in some cases? There’s just no replacing the experience of listening to music on a vinyl record, said Dan Mack.

“Certain things open up and sound better,” said Mack, a member of the Michael Vincent Band. He’s been a vinyl aficionado for years, and over the past two years has sought to capitalize on the renewed interest in the centuries-old technology through his business, NH Vintage Vinyl, which buys and sells used vinyl records.

So far, Mack said he has sold nearly 5,000 records, most through the racks at Greenlaw’s Music. Those racks were once full of CDs, but now half of the retail space is dedicated to the media that the compact disc was developed to replace.

Dave Greenlaw, owner of Greenlaw’s, said the vinyl records – they stock Mack’s used records as well as new albums – attract young adults, people born after cassettes and CDs took over the market, who have no memory of the days when vinyl was king.

“These people never had this,” Greenlaw said. “They come in here and see the album covers, and they think it’s cool.”

The vinyl listening experience is far less convenient than hitting “shuffle” on a digital music device, and Mack thinks that’s precisely the point. First the listener has to hold the album in its sleeve, then pull it out, check for dust, put it on the turntable and lower the needle. Then they’ll only have a handful of songs before they have to flip the album over.

“When you put a record on, one side is usually less than 20 minutes,” Mack said. He said that makes the listening more “intentional.”

“You get more appreciation out of the music this way,” Mack said. “When you put it on, you might as well listen to it and look at the sleeve.”

Mack has also taken his show on the road, a kind of vinyl evangelist. He sets up as a disk jockey a couple of times each month at Kettlehead Brewing, in Tilton, and will be spinning vintage records at Wayfarer Coffee Roasters this weekend.

“Listening to vinyl records is something that has gained momentum, similar to the craft beer scene. People who appreciate vinyl are looking for a high-quality music experience which is similar to the high-quality beer experience many of the same folks are seeking,” Wolfenden said. “The nostalgia many folks feel while digging through a crate of records to find an album they maybe haven't listened to in decades while they sip their favorite brew is something we are psyched about.”

In Conway, Dan and Lisa Belflower have been operating Revolution Records. Before that, Dan said he was a “very unhappy” food salesman, and was also discontent with his experience as a digital music consumer. His wife gave him a turntable for Christmas in 2015, and six months later they opened their record store.

“Business has been excellent, it has exceeded our expectations for sure,” Belflower said.

Their customers come from every age group, but the driver of their business are teenagers and young adults, 16- to 25-year-olds, he said. “Fifty percent of our customers are in that age demographic.”

Belflower said he switched to vinyl because he was frustrated by losing access to his music if he couldn’t log into iTunes, or if he lost his device. He realized that he missed owning music that he could look at and hold in his hands, and he thinks that is why vinyl is capturing the imagination of a new generation.

“A big part of the appeal is the physical media, people are really clamoring to the physical media,” he said. With a vinyl album, he said, a person can also appreciate the artwork, read the lyrics, perhaps they even get a poster or sticker. “It’s like being a kid and eating a bowl of cereal and reading the cereal box,” he said.

Then there’s the durability. He sees records as much as 70 years old come into his store, and as long as they’ve been well cared for, they still look and play as good as they did when new.

From Belflower’s perspective, the future looks bright for vinyl.

“We are actually capturing new customers all the time. We thought it was a niche at first, but it now seems that it is seeping into regular people’s lives,” he said. “We see it becoming more mainstream than niche at this point.”

Entertainment changed in the decade, but old favorites adapted

Editor's note: With the end of the decade upon us, The Laconia Daily Sun is running a series of articles that look back at some of the changes…