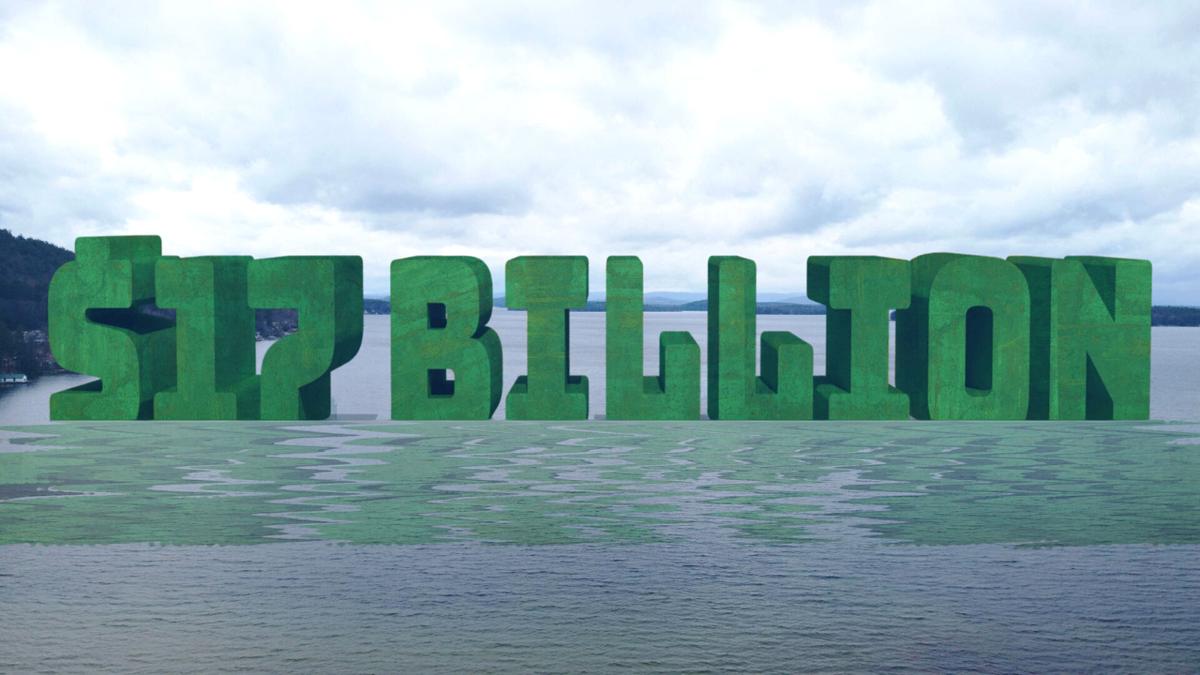 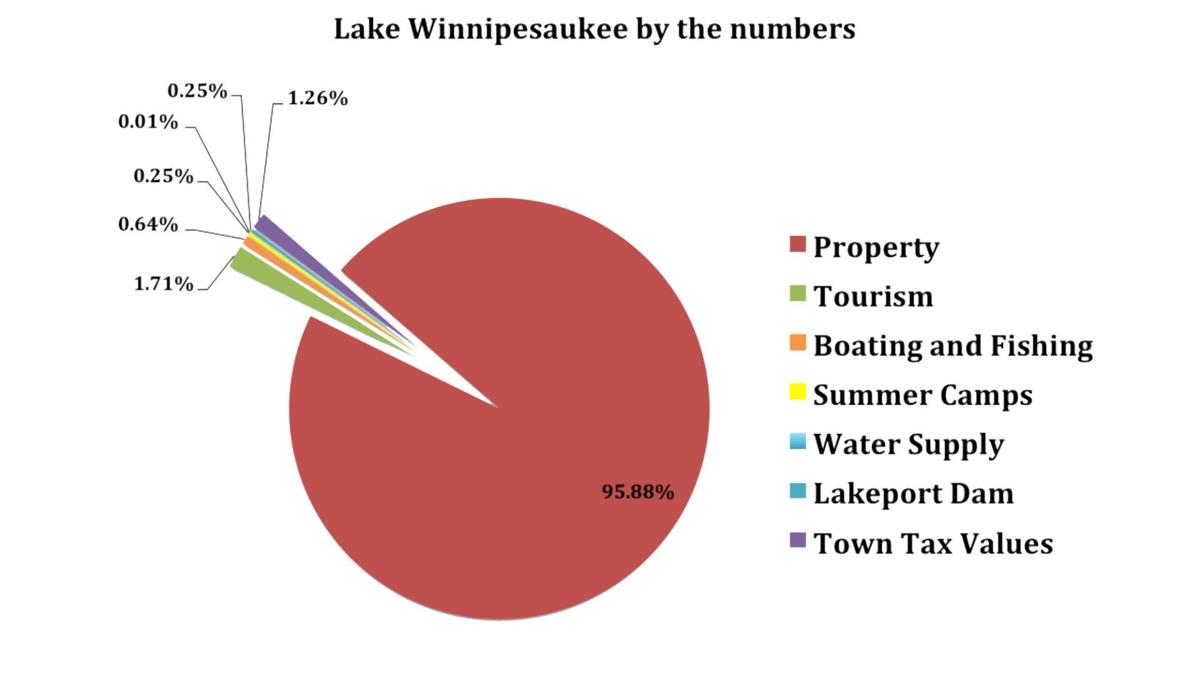 Lake Winnipesaukee is the defining geographic feature in the Lakes Region, but how much is it worth? An environmental advocacy group now has an answer, and they are hoping to use that information to underscore the need to protect the lake.

“We asked, has there ever been a real number attributed to the economic impact of the lake?” said Patricia Tarpey, executive director of the Lake Winnipesaukee Association. Tarpey explained that the association came up with the idea after discovering a similar study done for Lake Champlain. The association commissioned the report in February, and the PRS completed their work in June.

With a surface area of 72 square miles, Lake Winnipesaukee is the largest lake in the state. Its waters increase property values, attract tourism, create jobs, collect fishing and boating revenue, provide hydroelectric power, and of course, provide water to communities like Laconia.

Justin Slattery, executive director of the Belknap Economic Development Council, said he was not surprised at the $17 billion price tag.

“It really is one of the key economic drivers for the region,” Slattery said, “and frankly, for the state.”

According to the data, the largest contributor to Winnipesaukee’s worth was property values, which tallied in at over $16 billion. Coming in next was tourism revenue, which brings in an estimated $249 million to the lake’s value. Boating and fishing came in third, at over $109 million.

“I think that’s an eye opener,” Tarpey said regarding the total value. “The rest of the numbers combined are generating over $600 million to the local economy.”

Though the report focuses on the lake’s economic contributions, the association’s goal is ecologically focused.

“In our work we are focused on protecting the ecology of the lake,” Tarpey said. “When you think about it, the lake is what’s really driving the economy of the area.” Tarpey hopes the report can be a frame of reference for local municipalities when it comes to making policy decisions around Winnipesaukee.

One of Tarpey’s and the association’s primary concerns is water quality, which can be greatly impacted by zoning and policy.

“Ecologically, with a decline in water quality, we know that we have excessive nutrient loading coming into the lake. From the work we’ve done, we know that the pollutant, in part, is phosphorus,” Tarpey said. According to Tarpey, the phosphorus levels of the lake are three times higher than what the natural background levels should be.

“That has repercussions on the lake’s ecosystem,” Tarpey explained. “Phosphorus is a nutrient. It feeds plant growth such as milfoil, algae, and cyanobacteria. There are certain strains that can release nerve and liver toxins.”

Most of this phosphorus is the result of runoff from the lake’s massive watershed.

“Winnipesaukee is a pretty big watershed, we have something like 369 square miles draining into 72 square miles of surface water. When you have a rain event, everything on the land in that washout ends up eventually in the lake. Brake dust, metals, salt. Everything off the road, it can be fertilizer on the lawns, anything on our roofs, it's all eventually coming in.”

All of that runoff can result in algae blooms, harm to fish, dangerous bacteria, and other detrimental effects to the local ecology, and eventually, the economy.

Ecological hazards like runoff or pollution can be curbed by regulation such as stormwater management ordinances, which help control the amount of runoff in a given area.

“Any regulation that happens, either comes at the federal, state or local level. We have no real authority as an association,” Tarpey said. “The best we can do is help educate policy decision makers to implement better measures to protect this lake. And we have been working an awful lot with the local municipalities, they get it, they know it’s the golden goose.”

Slattery expressed enthusiasm for the report.

“I look forward to reviewing it and digging into it,” Slattery said. “We’re always seeking knowledge about our demographics in the region and how we address challenges.”

To read a copy of the 20-page report, visit winnipesaukee.org.