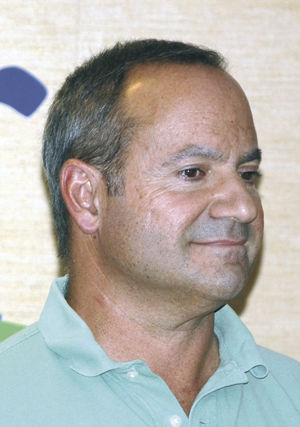 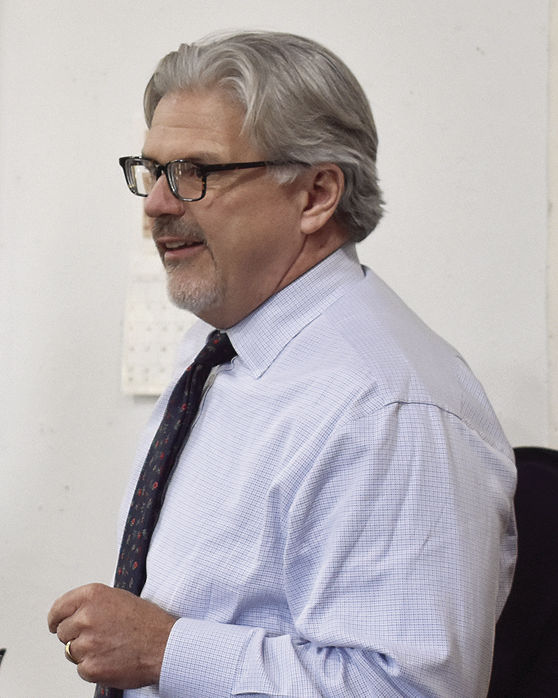 LACONIA — Responding to a series of questions one day before a candidates’ forum, mayoral hopefuls Peter Spanos and Andrew Hosmer had different takes on issues facing the city, including the proposed regulation of short-term, Airbnb-type rentals.

Mayor Ed Engler, who is not seeking re-election, has suggested that such rentals be prohibited outside The Weirs, although owner-occupied buildings in most areas would be exempt from the prohibition.

Spanos is a Republican state representative. Hosmer is a member of the City Council and a former Democratic state senator.

Spanos and Hosmer will participate in a pair of public forums, one at 6:30 p.m. today at the Taylor Community and the other on Oct. 21 at Laconia Middle School. The election is on Nov. 5.

There is a consensus on the City Council to proceed along the lines the mayor suggested concerning short-term rentals.

The new system would include a yearly fee for homeowners wishing to operate a short-term rental and  fines for those who don’t abide by regulatory requirements.

In an email response to a question about the issue, Spanos said he generally does not support regulation.

“I am seldom in favor of additional fines, fees, taxes, regulations, or interference at any level of government, particularly when it involves single-family ownership,” he said.

“If and when it is clearly established that the vacation rental business is adversely impacting the quiet enjoyment of our neighborhoods, then the city should take a closer look. However, we must never lose sight of the fact that tourism is the backbone of our economy here in Laconia and throughout the Lakes Region.”

There have been a few instances in recent years in which neighbors have complained about parking, noise, or other problems associated with short-term rentals, but most operate without complaint.

Hosmer said he is concerned when the businesses are disruptive.

“What makes Laconia a special community are our neighborhoods and the people who live in them,” he said in an email. “Implicit in the idea of community is the belief that neighbors respect neighbors. No one, whether owner or renter, wants to live next door to a short-term frat house.”

When owners occupy the property they are renting, there is an enhanced degree of oversight and responsibility, he said. Hosmer also said there is a lack of affordable and high-quality housing in the city. Housing is reduced when residences are bought strictly for short-term rental.

“It should be a priority for us to increase quality affordable housing, protect and enhance the fabric of our community neighborhoods and appreciate the fact that hosts are entrepreneurs who bring a significant monetary impact to our local economy,” Hosmer said.

Another issue that will be on the agenda of the next mayor is a proposed, 4.6-mile extension of the WOW Trail in a railroad corridor from Lakeport to The Weirs. The name of the trail derives from its name from its path along the waters of Winnisquam, Opechee and Winnipesaukee.

Some residents of the South Down and Long Bay neighborhoods along the proposed extension are in opposition, citing privacy and safety concerns.

Hosmer said he is a runner and road-biker and finds there is a lack of good paths in the Lakes Region.

“Narrow shoulders, blind corners and broken pavement make each ride or run an adventure,” he said. “What I love about the trail is that it’s wide, smooth and safe. Research indicates that younger generations (i.e. those we want Laconia to appeal to) are looking for places to live that allow them to recreate and commute using greenways and bike paths.

“It’s also great to see senior citizens and disabled individuals taking advantage of the safety and beauty of the trail, away from traffic. Further development of the WOW is very important to our economy, to our environment and to our quality of life.”

He said he’d like to see if there is a way to extend the trail through a mediated agreement that would address property owners’ concerns.

Spanos said the trail is a great benefit to tourism, and discussed property rights.

“The property rights of city taxpayers always take precedence over the interests of non-landowners, with the exception of situations that impose a public health hazard,” he said. “I have spoken with both sides on this matter and believe a reasonable accommodation is possible through vigorous discussion. The concerns of all interested parties must first be addressed before any meaningful progress can be made.”

Spanos said substance abuse is a problem the City Council must consider.

“Having served in the New Hampshire House rather than on the City Council, I have understandably not been privy to the inner workings of the council’s deliberations,” Spanos said. “I firmly believe that substance misuse and its inherent peril can never be overemphasized.

“I am cautiously hopeful that significant progress will be made in the near future to take back our streets and our city from this pernicious scourge. There is ample room for positive change in Laconia.”

Hosmer, a former Democratic state senator, said that, if elected, he would be more active in Concord in fighting against shifting state costs to municipalities and local taxpayers.

“By downshifting costs like the state retirement contributions and denying Laconia our fair share of rooms and meals tax revenue, we have sacrificed over $10 million over the last decade,” he said.

“This results in higher property taxes and less investment in roads ($250k per year) and at times denying our teachers, police officers and firefighters merit raises, COLAs and step increases.

“Unfortunately many in our current delegation including my opponent believe the state needs the money more than taxpayers and citizens of Laconia,” he said.

The state used to cover 35 percent of pension expenses for local employees in the state retirement system, but has reduced that percentage to zero.

The questions posed to the candidates – and their full answers – can be found at www.laconiadailysun.com.

Mayoral candidates' full answers to questions posed to them

LACONIA – Two candidates to be the next mayor of Laconia, Peter Spanos and Andrew Hosmer, were emailed a series of questions and asked to resp…