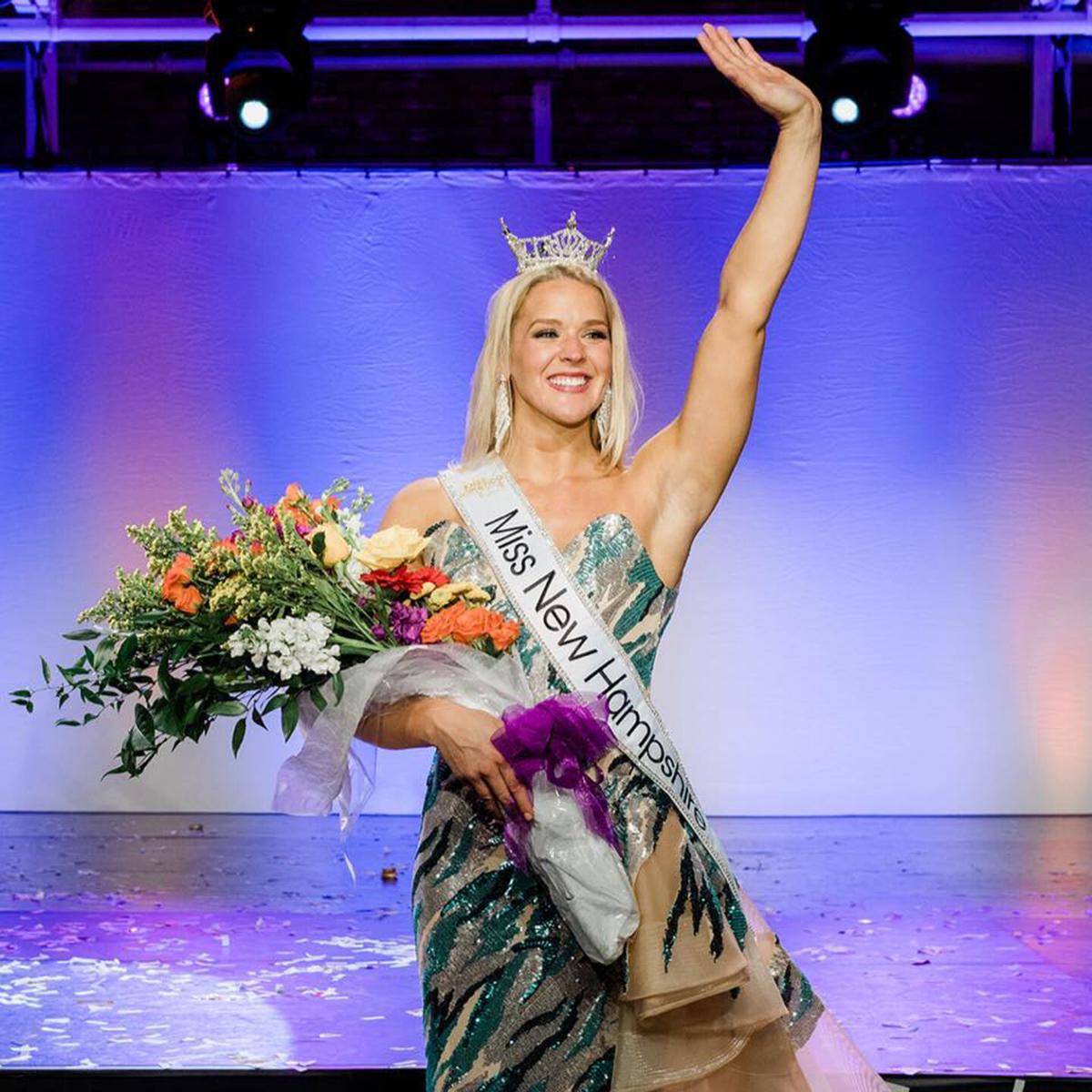 Laconia native Ashley Marsh holds a bouquet and waves to the crowd after being crowned Miss New Hampshire in Manchester on Saturday, becoming the fourth Laconia resident to wear the crown. More photos, pages 16-17. 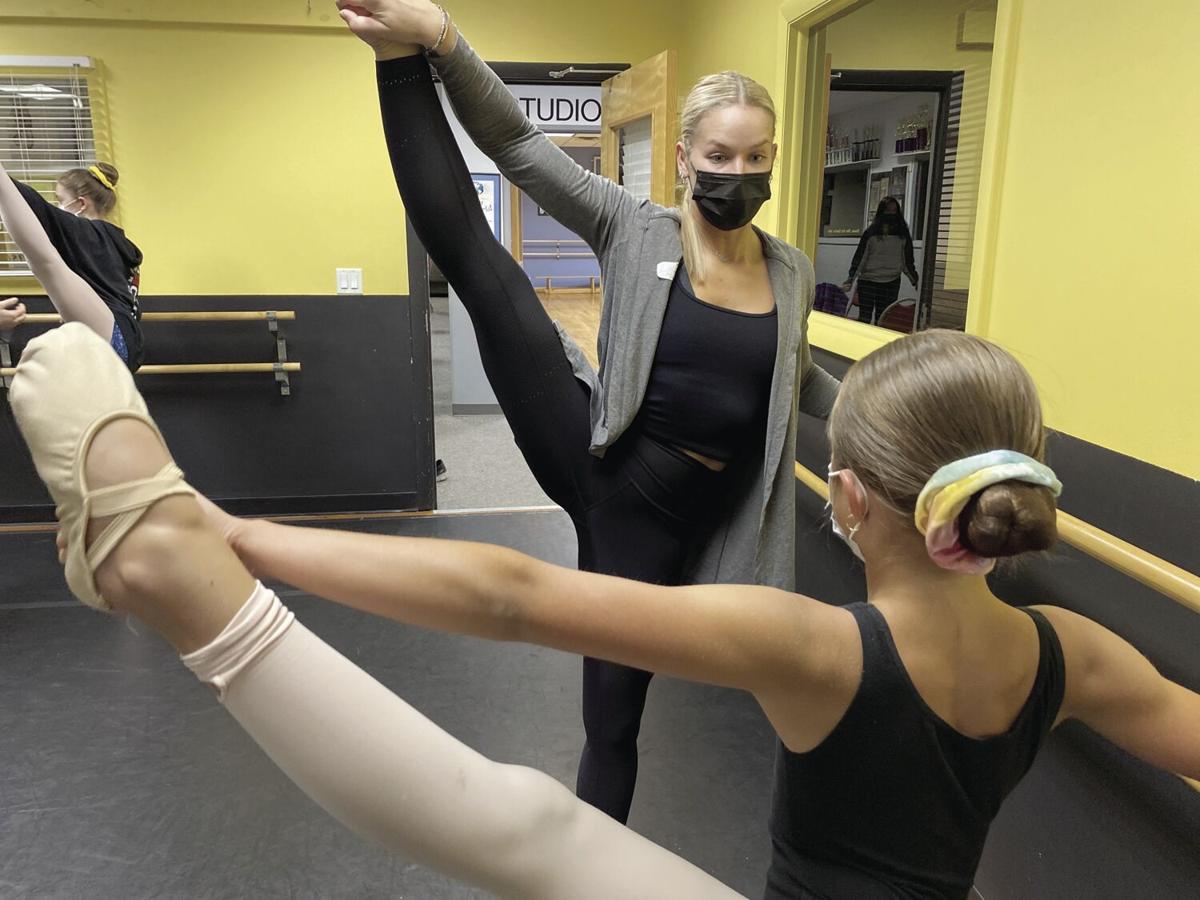 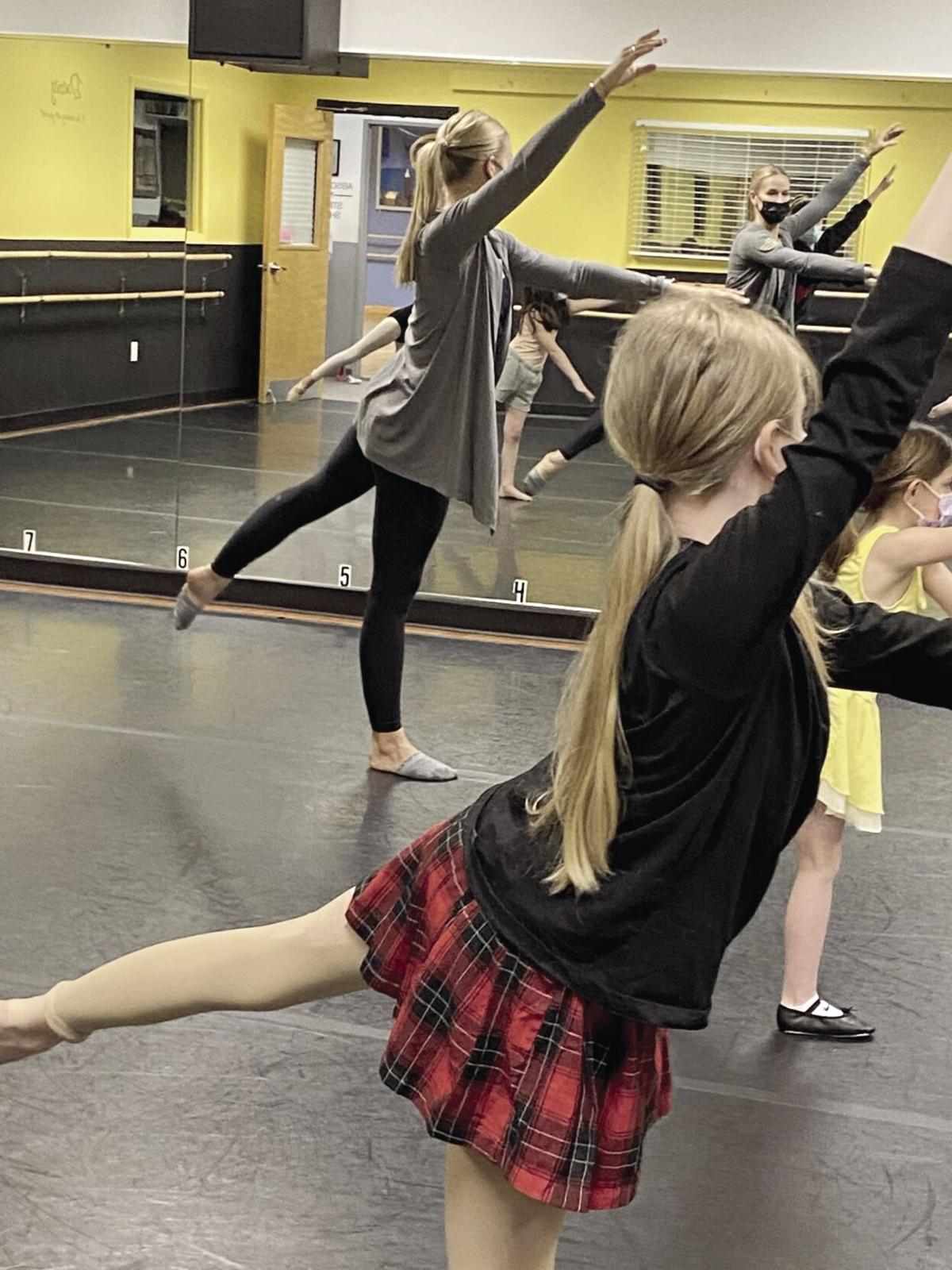 Ashley Marsh of Laconia, left, who was named Miss New Hampshire on Saturday, was back on Monday afternoon at the Broadway North Dance Studio in Belmont, where she was once a student and now teaches a class. Here she assists in warming up students, including Kinsey Paradis, foreground.

Laconia native Ashley Marsh holds a bouquet and waves to the crowd after being crowned Miss New Hampshire in Manchester on Saturday, becoming the fourth Laconia resident to wear the crown. More photos, pages 16-17.

Ashley Marsh of Laconia, left, who was named Miss New Hampshire on Saturday, was back on Monday afternoon at the Broadway North Dance Studio in Belmont, where she was once a student and now teaches a class. Here she assists in warming up students, including Kinsey Paradis, foreground.

LACONIA – She was just a toddler when she first started dancing at the Broadway North dance studio in Belmont, but it wasn’t until Saturday night when Laconia native Ashley Marsh learned just how much she would be walking in the footsteps of Heidi Noyes-Bourgeois, who was then-owner of the dance studio.

Noyes-Bourgeois was the fourth woman from Laconia to be named Miss New Hampshire, in 1998. On Saturday night, as confetti fell, the crown for the statewide scholarship pageant was placed on Marsh’s head.

“I am so honored and proud to be from Laconia, representing Laconia as Miss New Hampshire, and getting to represent Laconia at Miss America,” Marsh said on Monday, still feeling some of the shock from the experience. “To represent home is truly incredible. I want to make Laconia proud, make New Hampshire proud, I am speechless at the opportunity.”

Marsh is a born-and-raised Laconian. She graduated from Laconia High School in 2014, spent a year at NHTI, and graduated from Plymouth State University in 2018 with a degree in interdisciplinary studies. She recently earned her master’s in athletic counseling from Springfield College.

“Fitness has played a huge part of my life. I’ve played sports ever since I was young,” she said. It was a period when she couldn’t work out, though, that provided her the insight that led to her career path.

“In 2014, I ended up dislocating my knee,” Marsh said. “The mental effects of that injury really affected me.” Marsh began to understand the importance of the brain-body connection. She’s now a Crossfit instructor, and said fitness is a “huge part of my life.”

With her degree, she would like to work for the military, in a civilian capacity, helping soldiers and their families with the mental skills they will need to succeed in adverse circumstances.

Marsh also wants to bring her fitness philosophy, which she has branded “Fit for Life,” to spaces not always associated with fitness.

Her “Fit for Life” initiative started during the COVID pandemic, when Marsh started posting workout instruction videos to her Facebook account. She designed the videos so that people of any age, or capability, would be able to do them. As coronavirus restrictions lighten, she said, “I hope to get into schools, senior centers, expanding my impact is my number one goal,” Marsh said. Wearing the “Miss New Hampshire” sash will help her with that, and she plans to pay that advantage forward by increasing the amount of funding available for future participants in the Miss New Hampshire Scholarship program.

Marsh said she has gained $50,000 in education funding through pageants, and it was dancing that led to scholarship pageants. She knew that Noyes-Bourgeois was a Miss New Hampshire winner, and a few of her friends at the dance studio competed in pageants.

“I saw the scholarship dollars they were getting,” and she figured she should give it a shot for herself. Each year, she said, she got a little better at pageants as she grew as a person, and, ironically, she credits COVID for putting her in the strongest position she has been in for a pageant.

“I had high hopes for myself going into Miss New Hampshire. I felt like anything was possible,” she said, adding that she spent her pandemic year devoted to self-reflection and growth, which allowed her to perform as her authentic self in the pageant. “I was hoping the judges would see that, and they did.”

The preliminary competitions were held on Friday, and she said that she woke up on Saturday morning “at peace” with whatever that day would bring. As the events unfolded, she felt more and more confident in her prospects, though she said the crowning “was a blur.”

The crown didn’t change Marsh, though. Christy Houde, who is now the owner of Broadway North, said that Marsh has graduated from being a student of the studio to a teacher, and as luck would have it, Marsh’s students were scheduled to perform on Sunday, the day after the pageant. Houde told Marsh she could take the day off to rest and enjoy her new hardware. Instead, the 2021 Miss New Hampshire drove to Massachusetts to cheer on her dancers.

“She’s a role model and a friend, someone all these little girls look up to. It’s a dream come true for all of her supporters,” Houde said. “It’s been an amazing experience for all of us who have been along with her.”

Marsh said her students “mean the world to me,” and that she appreciates the chance to share her love of dance with the next generation.

Besides Marsh and Noyes-Bourgeois, other Laconians who have won the Miss New Hampshire title include Flora Sleeper in 1949, Colleen Gallant in 1951, and Jamie Rotwitt in 1977. Megan Lyman, from Gilford, served as Miss New Hampshire in 2012.

Of course, one of the perks of being Miss New Hampshire is the chance to compete in the nationwide Miss America pageant, which will take place sometime in December and will be held at the Mohegan Sun casino in Connecticut.

“Hopefully we can have a big New Hampshire delegation cheering me on,” Marsh said. “Who knows, maybe this year Miss America will be Ashley Marsh from Laconia, New Hampshire.”

The top 10 students in the Belmont High School Class of 2021 seem to have a favorite word that comes up often in conversation – "passion."