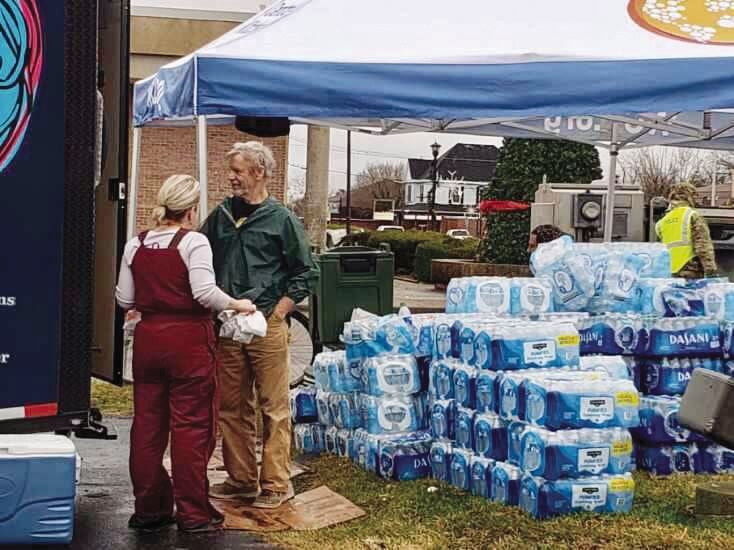 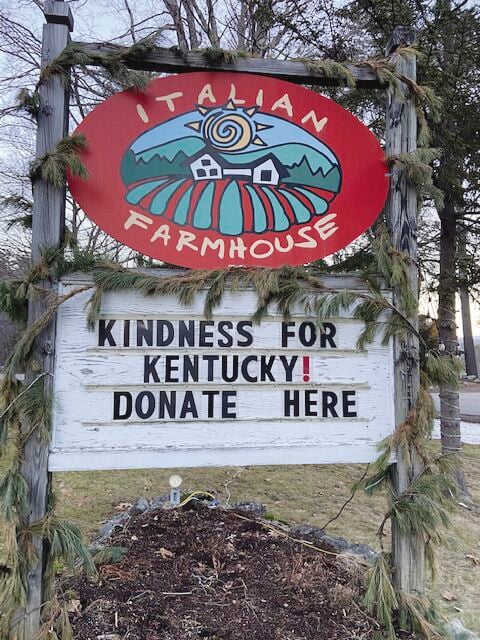 This sign outside The Common Man’s Italian Farmhouse in Plymouth invites the community to support their fundraiser. (Courtesy photo) 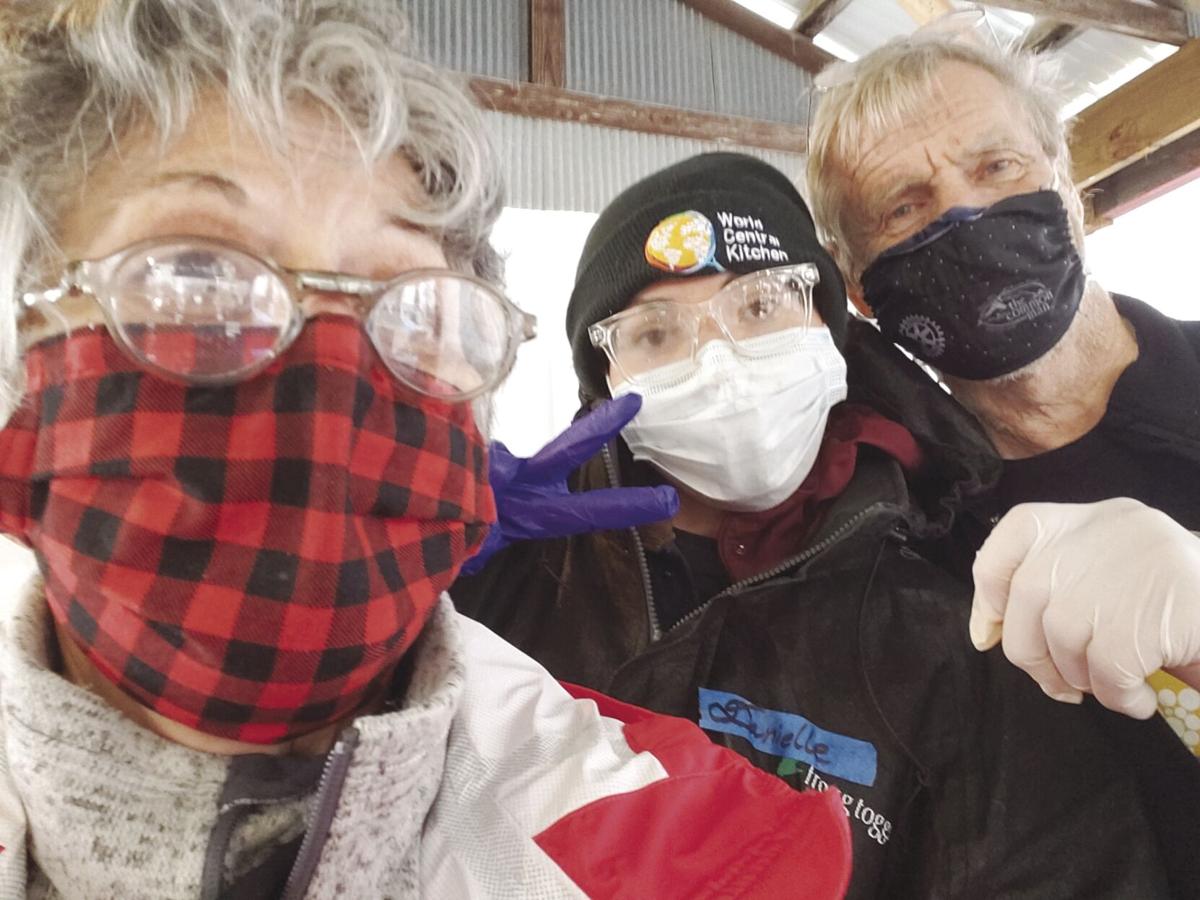 This sign outside The Common Man’s Italian Farmhouse in Plymouth invites the community to support their fundraiser. (Courtesy photo)

MEREDITH — This time of year, asking for money is an uphill climb. But since The Common Man restaurant chain started collecting donations to help tornado victims in Mayfield, Kentucky, the Kindness for Kentucky relief campaign has reached unexpected heights.

Since Dec. 17, the Common Man’s website, and store and eatery locations have collected over $45,000 to send to the Red Cross and World Central Kitchen, which feed and bring necessities to victims at disaster sites, most of whom have lost everything including homes.

From now until the close of business around 8 or 9 p.m. on Friday, Dec. 31, The Common Man company is hoping that community benevolence will continue. The chain will match the total given, which could mean that $100,000 is sent to serve a pressing and ongoing need in Kentucky and other disaster sites.

“We’re hoping people can be as generous as they can,” said Erica Murphy, communications director for The Common Man Group, which includes three restaurants in Meredith and others in Tilton, Ashland, New Hampton and around the state, as well as rest stop locations on Interstate 93.

Alex Ray, owner and founder of the chain, went to Mayfield on Dec. 17 to work in emergency meal preparation alongside chefs and restauranteurs from around the country, who have teamed up through WCK to provide hot meals to individuals and food to go for families.

"The generosity of our country bringing stuff in for them is amazing,” said Ray. “We would hand them hot food as they drove up in a car.”  The companies and people donating formed one line, he said. Another line consisted of “people picking up food and clothes because they didn’t have a home anymore.”

Most were overwhelmingly grateful and thoughtful of their neighbors, said Ray, stating “I don’t want to take any more than I need.” To date, almost 80 people have perished as a result of the storm, he said. “Both donors and the needy were so appreciative, even if it was coffee and hot chocolate to start.”

Their relief effort started at a tent on fairgrounds outside Mayfield, the storm’s epicenter and the site of greatest wreckage, where the tornado left a vacant path of rubble on Main Street and continued its 150-foot-wide sweep of destruction in the surrounding area, said Ray. The emergency kitchen then moved to local high school where lines were set up for people to receive food, and organizations to bring supplies.

In a separate coordinated effort, volunteers from Mt. Prospect Academy transported roughly 40 to 50 bags of donated clothes, toys and shoes dropped off at the Bridge House Ladders Thrift Store in Plymouth to Goodwill and other charities in greater Mayfield.

Murphy said online donations through microsites set up on The Common Man website, thecman.com, can be made directly to the Red Cross or World Central Kitchen, while cash donations collected at Common Man locations will be sent to local organizations at ground zero in Kentucky.

“I’ve been to a few disasters in the last ten to 15 years,” including after Hurricane Katrina and similar profoundly destructive storms in Puerto Rico, Haiti, and Bermuda’s Abaco Island. “These people have grown amazingly into a highly organized effort,” Ray said of World Central Kitchen. “We fed an island. I worked my way up to be a cook in Abaco. We served 700 to 800 a day,” and close to 1,000 a day in Kentucky with a team of chefs from around the U.S. “We make bulk food and get it out and distribute it through volunteers. They push you as hard as they can because so many people need it.”

On his third night there, Ray drove down a road before dark. The tornado “took down brick buildings, telephone poles and everything in its path,” he said. It looked like it created “another 100-foot wide road into the woods, and through fields and barns.”

Ray said so far roughly $30,000 of online donations through The Common Man have gone to World Class Kitchen. “These people really need help so the next time they have trucks, food and resources. You have to be ready to roll in 24 hours,” he said. “They stock up locations around the U.S  You need to have water and food. The rest will come.”