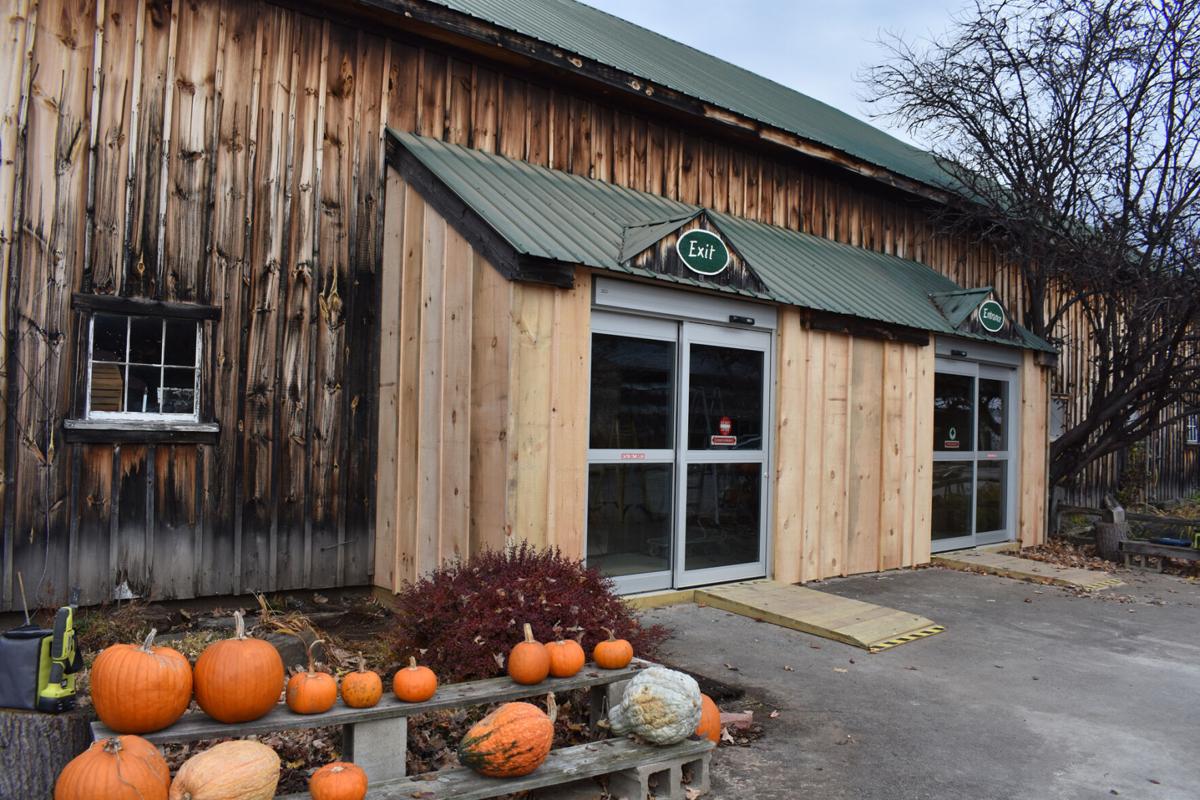 Automatic sliding doors were added to the Beans and Greens Farmstand as part of the upgrades that made it possible to stay open year-round.(Adam Drapcho/The Laconia Daily Sun) 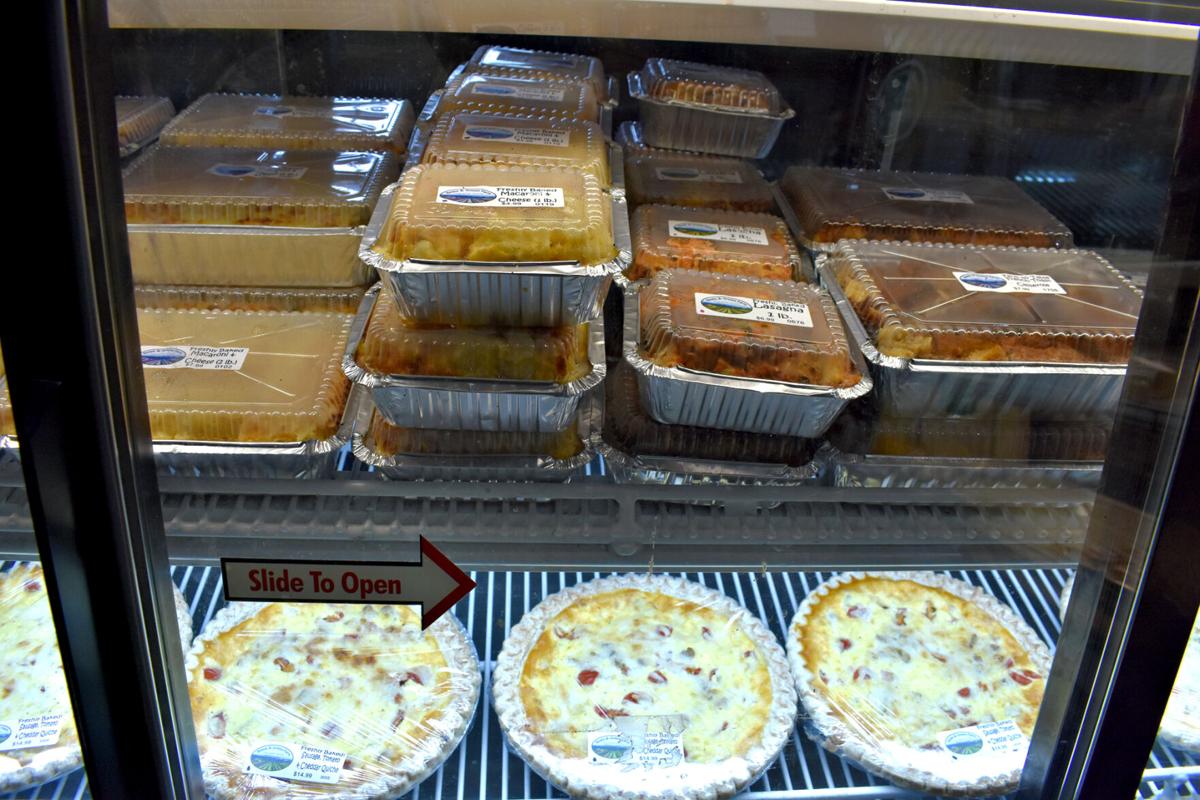 Comfort foods such as mac and cheese, lasagna and quiches make up the majority of the prepared foods at Beand and Greens Farmstand. (Adam Drapcho/The Laconia Daily Sun) 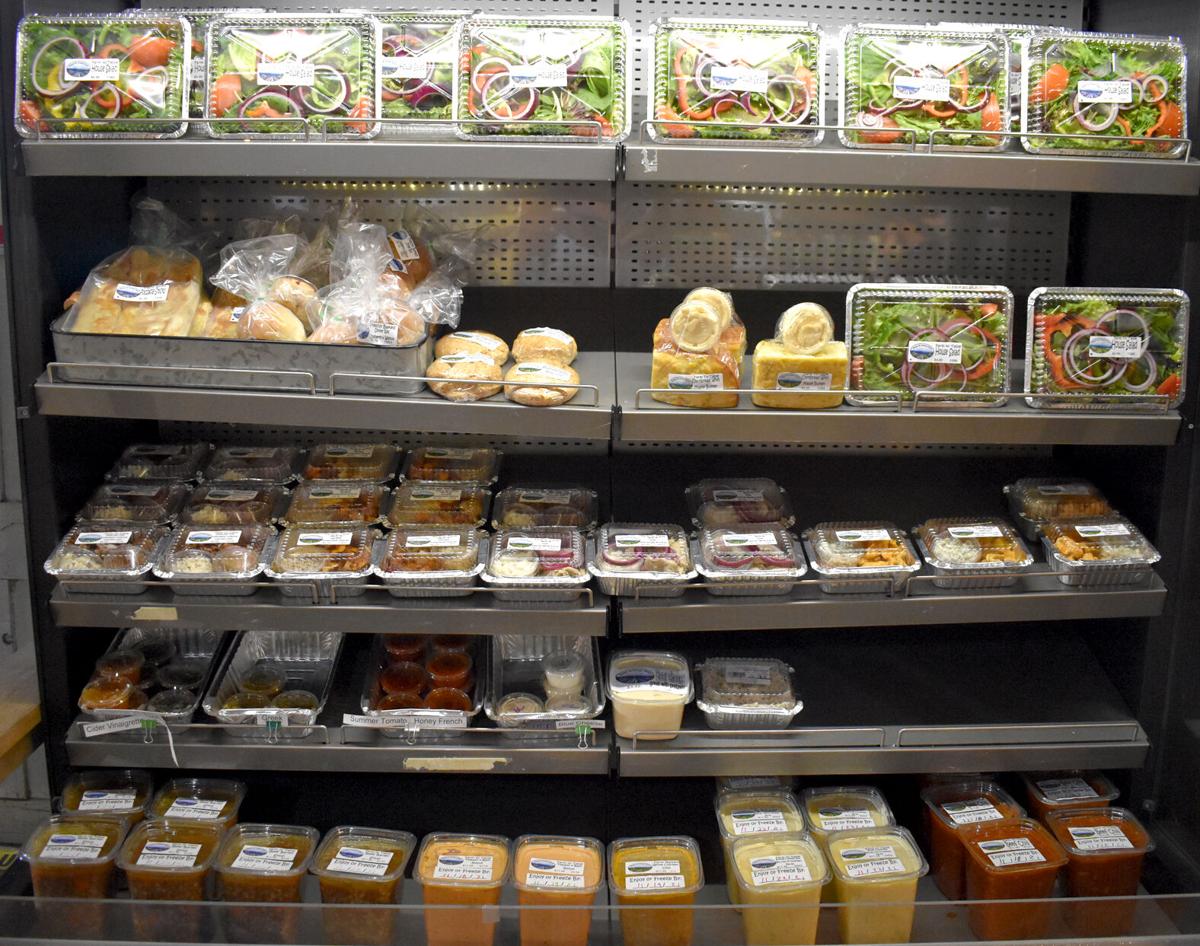 Automatic sliding doors were added to the Beans and Greens Farmstand as part of the upgrades that made it possible to stay open year-round.(Adam Drapcho/The Laconia Daily Sun)

Comfort foods such as mac and cheese, lasagna and quiches make up the majority of the prepared foods at Beand and Greens Farmstand. (Adam Drapcho/The Laconia Daily Sun)

GILFORD — There have been many small changes at Beans and Greens Farmstand this year, since the new ownership team took over in the spring. But the biggest change has just taken place, and it means the doors to the popular source for local foods are still open, at a time of year when they would normally be closed until spring.

In fact, Beans and Greens will be open all winter long, said Chris Collias, who is part of the new ownership team. The expansion of the operation is thanks to a weatherization and heating upgrade to the 1838 barn that houses the farmstand.

“It wasn’t cheap,” said Collias, but it was necessary as part of the business’s new efforts, particularly those around prepared foods. The farmstand will be open Tuesday through Sunday, 9 a.m.-6 p.m., through the winter.

Collias said he expects to draw skiers and snowboarders who are looking for a cup of coffee and some comfort food on their way to or from Gunstock. More than wintertime revenue, though, he said the year-round operation is aimed at retaining a caliber of employees that wouldn’t be happy with seasonal employment.

The new management team of Collias, Linda Consentino, and Gail and Brian McCauley was announced just prior to the opening of the farmstand for 2021. They purchased the building and business from Andy and Martina Howe, who used the farmstand for more than 30 years as a way to market their vegetables, fruits and meats. The Howes are still farming, but are happy to focus on agriculture and forestry and sell their products to the Beans and Greens farmstand, both for retail to customers and to be used in prepared foods.

“We’ve got a really great culinary team,” said Collias. Beans and Greens has doubled its prepared foods business, which includes soups, comfort foods, and a salad bar. They also have found success with a food truck, which can bring their products off-site. “We’ve expanded our prepared foods 100%, and customers have responded by giving us fantastic feedback,” Collias said.

It took a fair bit of work, and planning, to get to the point where they could be welcoming customers all year round. Special care was given to protecting the charms of the barn, which Collias sees as an important part of the Beans and Greens experience. They worked with Northern Door to put in automatic sliding exterior doors, which lead to the original, counter-weighted swinging doors.

“It came down to, how can we maintain the look and feel of the barn?”

They also worked with Gunstock HVAC to design a system that would deliver propane-fueled heat without the need for ducts, which would look anachronistic inside the barn. Instead, there are two unobtrusive heating units, which blow heat underneath fans, which push the warm air down onto the sales floor.

“We want to be people’s go-to, whole meal replacement for comfort food when they’re on the go,” Collias said. They’ve also expanded their wholesale business, he said, and being open year-round gives them an edge on that market. “As more farmstands close, we’ve realized there’s more demand for our apple cider doughnuts.”

The farmstand did record business in 2020, as COVID concerns made people rethink their shopping habits, and Collias said that they’ve been able to maintain that level of business in 2021. In some areas they saw yet more of an increase, such as the corn maze, which exceeded the prior year by 20%. The weather played a large role in that, but Collias said there’s reason to think some of those new visitors can be retained.

“What we loved was people were coming here for the experience,” Collias said. “We really liked that they were coming back for the food.”

There’s one more experience on the calendar for 2021: Santa will be visiting on the Saturday after Thanksgiving. To welcome the special visitor, Beans and Greens will have doughnuts, hot chocolate and apple cider, and a string quartet and the Laconia High School choir will perform.

Though Collias and his partners came from out of state to take over the well-loved landmark, he said they’ve been welcomed as friends. Exemplifying that welcoming was an opportunity they had to purchased a second-hand doughnut machine, a great upgrade over their hand-cranked unit, though it didn’t come with an instruction manual. One of their customers, who had used a similar machine before, came in on his day off to show them all of its tricks and quirks.

“We’re definitely thrilled at the response of the community,” Collias said. “There’s been a great sentiment (of relief) that we didn’t turn the place into condos.”