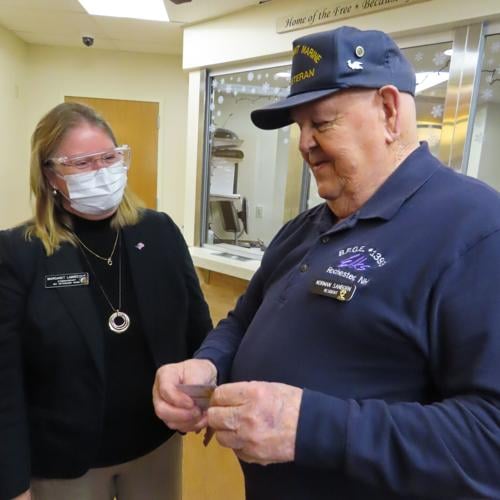 Margaret LaBrecque, shown here with NH Veterans Home resident Norman Sanborn, will retire in March. She said serving as chief administrator for the NHVH was a "perfect fit" for her. (Courtesy photo) 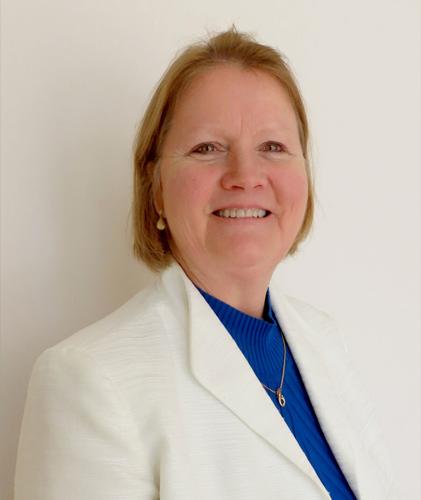 Margaret LaBrecque, shown here with NH Veterans Home resident Norman Sanborn, will retire in March. She said serving as chief administrator for the NHVH was a "perfect fit" for her. (Courtesy photo)

TILTON — Seventeen years is an impressive tour of duty – including for Commandant Margaret LaBrecque, who arrived at the New Hampshire Veterans Home in 2005 as an accountant and business manager after working for the New Hampshire Liquor Commission.

That about-face in environment and responsibility required an emotional upshift, but not a stretch of people skills. It drew on LaBrecque’s experience in high school, when she worked as a certified nursing assistant at Merrimack County Nursing Home in 1980.

“I loved nursing homes and caring for the elderly. To me it was a perfect fit,” said LaBrecque, who will retire in March before she turns 57. “To be able to come here every day and care for our elderly was huge for me.”

For LaBrecque, it’s an emotional end to a rewarding career.

While keeping the books for NHVH, she studied to become a nursing home administrator, then took command when outgoing Commandant Barry Conway retired in 2013. Now it’s LaBrecque’s her turn to pass the mantle.

On March 4 her professional service to NHVH comes to a close, after a month of assisting and acclimating Kimberly McKay, who is currently deputy administrator at Glencliffe Home for the Elderly, a state-owned nursing home in Warren. MacKay takes the helm on Jan. 28.

For LaBrecque, who is leaving to take care of her disabled husband, it’s an occupation switch. But she said it won’t sever her ties to the Veterans Home. LaBrecque, who lives in Northfield, plans to continue volunteering, helping to pass meals and feed residents with swallowing challenges – skills she’s trained and ready to use.

The lasting value of working at the Veterans Home is in the daily details.

“It’s the relationship with the vets, their families and staff. I’m a people person,” said LaBrecque. “I love to sit and talk with them and hear their histories, to see this person and remember they had a strong, vibrant and fulfilling life before they came here.” Although LaBrecque is not a veteran herself, her family members have served, including her daughter, a U.S. Marine who is stationed in Japan.

“It makes a difference when you’re caring for a person if you can take into consideration the life that they’ve had. It’s nice to sit and reminisce,” she said.

Many residents will fill her virtual album of memories, including one current resident, Norman Sanborn, who at 93 remains active in community service in Rochester. Recently Sanborn’s fellow Elks Club members drove up to take him to lunch. Sanborn arrived at NHVH just before COVID, and hasn’t taken any challenges lying down.

“He gives me a hard time every time he sees me. He gives me a hug. Then he says, ‘What about this? Why can’t we do it this way?’" It’s the kind of involvement and engagement LaBrecque says she likes to encourage, and it’s not out of the ballpark for people who have a lifetime of service.

When Sanborn mentioned to fellow Elks that his wireless headset didn’t work well – a problem for others at NHVH – the Rochester members returned with 50 Sony headsets to enable Veterans Home residents to watch television without disturbing their roommates.

“He’s one great example of hundreds of other vets who continue to do things for their brothers and sisters in New Hampshire throughout their lives, and then come here to rest and have fun, I hope,” said LaBrecque.

She thinks wistfully on NHVH social life before COVID clamped down travel and redefined healthy interaction. The Home regularly hosted gatherings for root beer floats, ice cream socials and sock hops. Veterans frequently fished at the pond on site and gathered for picnics in the outdoor pavilion.

On Halloween in 2019, 150 costumed children came through, trick or treating down corridors, while veterans stood in their doorways and passed out candy. Easter egg hunts were held in Veterans Home neighborhoods, or communal clusters of residents.

“Having relationships with the community helps people know this is the residents’ home," They’re not putting loved ones in a typical nursing home, said La Brecque.

A favorite event for a decade was the Senior Prom, when residents dressed up to dance and have punch and snacks with Tilton School graduating seniors in tuxedos and gowns. It was a spring tradition that veterans treasured.

As part of their community service, Tilton School students visited residents regularly to play games in the courtyard or sit and talk and listen to stories about their lives during peace and wartime.

Nine years ago, a Tilton School student from Japan was flabbergasted to meet a resident who spoke the dialect of their hometown. The veteran had spent time in central Japan in the 1940s and 1950s. They became pen pals after the student graduated until the veteran passed away, LaBrecque said.

“They build relationships that go far further than the time they spend here. I think it’s a life-changing event for them, and for the residents, too, because they’re not forgotten and are still giving back,” said LaBrecque.

A culture of positivism is encouraged by staff. “When residents come, we welcome them home. We want them to live a full life until their last day.”

Currently, the average age of NHVH residents is 83 and their average length of stay is five to six years, shorter if they have a serious, chronic illness. The longest running resident on record passed five years ago, after 26 years at the home.

“Every resident is different,” said LaBrecque. “I know they’d rather be home with their loved ones. It’s not unusual for some to remark, ‘I want to be home. But if I have to be anywhere, I want to be here.’ For a lot of them, this is the next best place.”

During her tenure at NHVH, LaBrecque witnessed the shift from paper to electronic medical records, which considerably expedited care. After donations were raised by veterans and other community groups, NHVH opened a women’s wing in 2010, which has seven residents at present. A local chapter of the Daughters of the American Revolution helped the first residents select paint colors, furniture and curtains. In 2012, male and female residents were added to the Veterans Home’s Board of Managers.

“I’ve been honored and privileged to work here,” said LaBrecque. “There’s no place like the Vets Home. It’s a home for the vets.”

Commandant? How does she get that title?