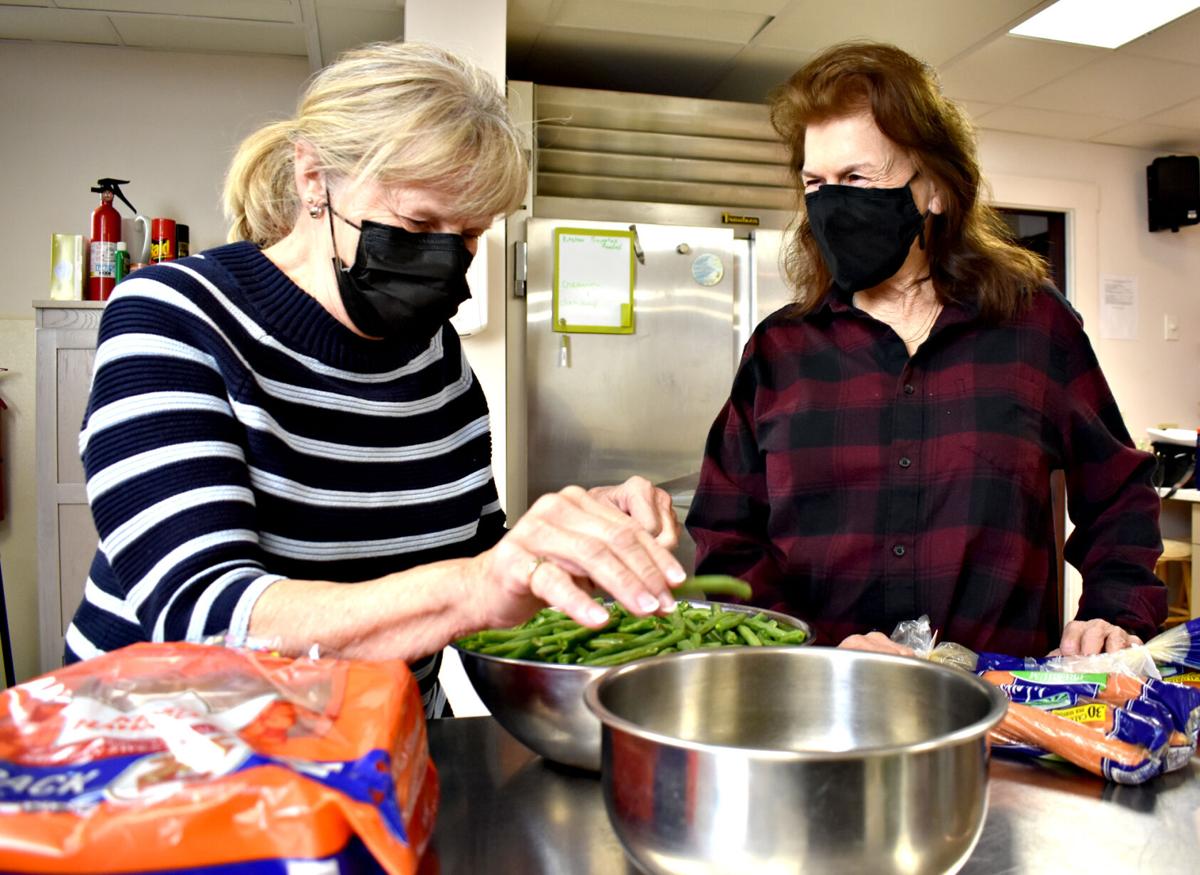 Margie Kreitler, left, and Hollis Thompson on Tuesday in the basement of the Laconia Congregational Church. The church has hosted the Hazel Duke Thanksgiving Dinner for more than 50 years. (Adam Drapcho/The Laconia Daily Sun photo) 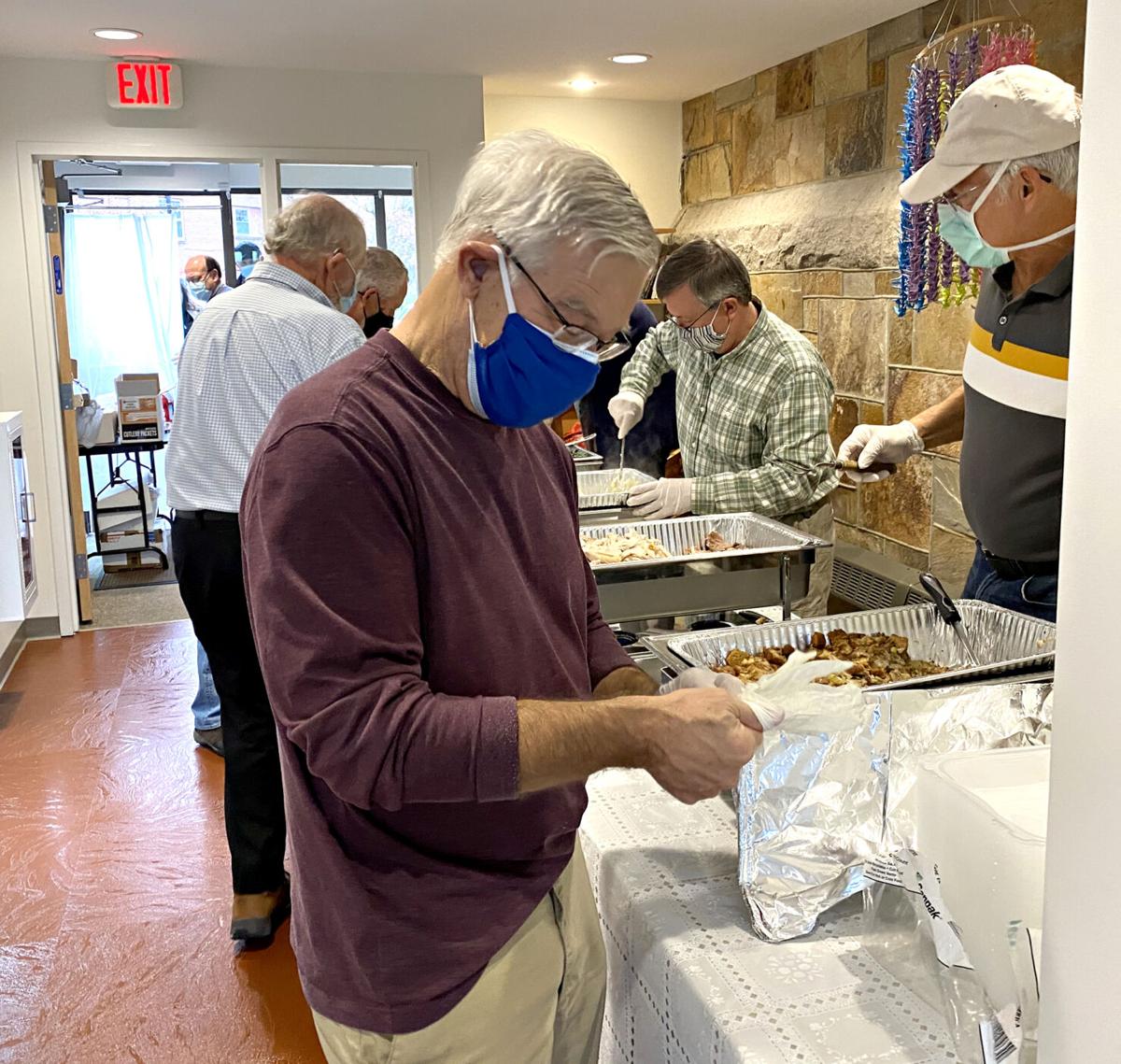 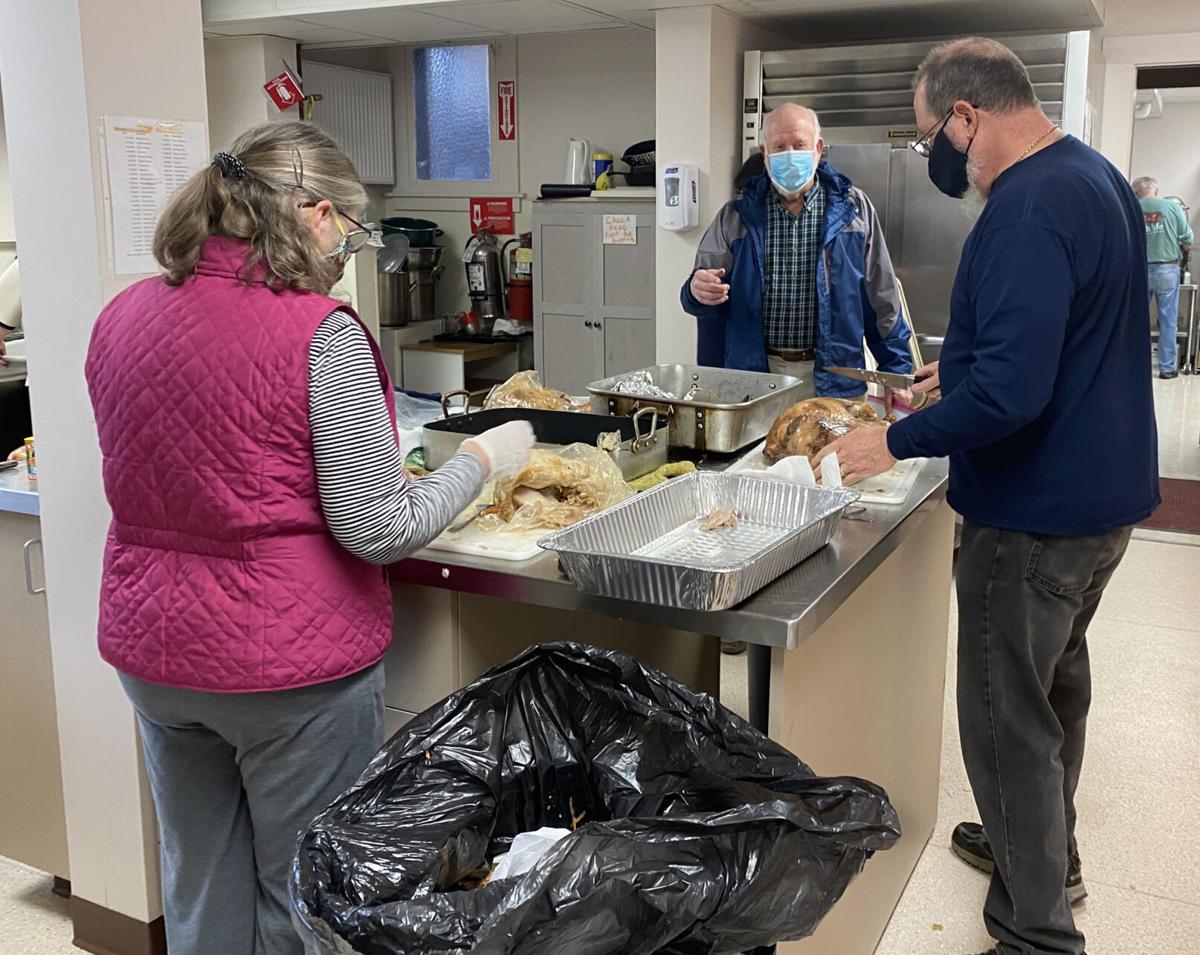 Margie Kreitler, left, and Hollis Thompson on Tuesday in the basement of the Laconia Congregational Church. The church has hosted the Hazel Duke Thanksgiving Dinner for more than 50 years. (Adam Drapcho/The Laconia Daily Sun photo)

LACONIA — Think you’ve got a crowd to feed for Thanksgiving? Hollis Thompson is expecting around 100 guests on Thursday. Of course, she isn’t doing it alone. Rather, she’s leading the team of volunteers at the Laconia Congregational Church.

Thompson, who has been organizing the effort for the past six years, is only the latest to carry on a tradition that goes back 54 years. The church began serving Thanksgiving dinners in memory of Hazel Duke, who taught elementary school in the city and was a long-time member of the church. Duke believed that no one in her city should go hungry on Thanksgiving Day, and when she died, she left money to make sure that wasn’t the case.

For 52 of those years, the Hazel Duke Dinner has been a communal as well as culinary event. The many volunteers, including people who aren’t church members, would come together in the church basement to prepare, cook and serve the food, while the space would also give people who might otherwise be alone on the holiday a chance to enjoy some company as well as a meal.

That couldn’t happen last year due to the COVID pandemic, and social distancing measures will continue this year. Volunteers are taking vegetables home to chop and peel, then bring back to the church for cooking, and all meals will be packaged up, hot, in to-go containers.

The lack of congregate seating didn’t dampen demand, though. Thompson said they served 105 meals last year, which is about what they serve in a typical year, and she expects to serve that amount on Thursday.

There’s no cost to the meal, and no need to sign up in advance. Just arrive at the back door of the church between noon and 2 p.m., and walk away with a full Thanksgiving dinner with all of the traditional sides.

Margie Kreitler, who has been part of the volunteer effort for four years, said she enjoys the sense of community that comes with the tradition.

“People do a wonderful job here at the church. They just provide,” Kreitler said, “It’s a lot of fun.”

Thompson joined the effort shortly after moving from Texas. She had done “nothing like this” before moving to New Hampshire, she said, but her arrival coincided with the retirement of the previous Hazel Duke leader, Susan Izard.

“I’m not a cook, but they have thrown me into this, and I’ve had to learn,” Thompson said. Actually, her role is not so much about cooking as it is about leadership, which is why she’s the right person to carry the mantle. “I can get people together,” she said.

After all is said and done on Thursday, Thompson said the volunteers will be ready for a well-deserved rest. Yet, exhaustion won’t be the only thing she’ll be feeling.

“There’s a certain joy and satisfaction to know that these people have come here and you’ve provided them with a full meal, to the best of your ability, which is very rewarding,” Thompson said. “It’s something we look forward to every year.”

Thompson said she’s hoping that the next Hazel Duke Dinner will be a return to an in-person, shared meal. “I think we all are,” she added.