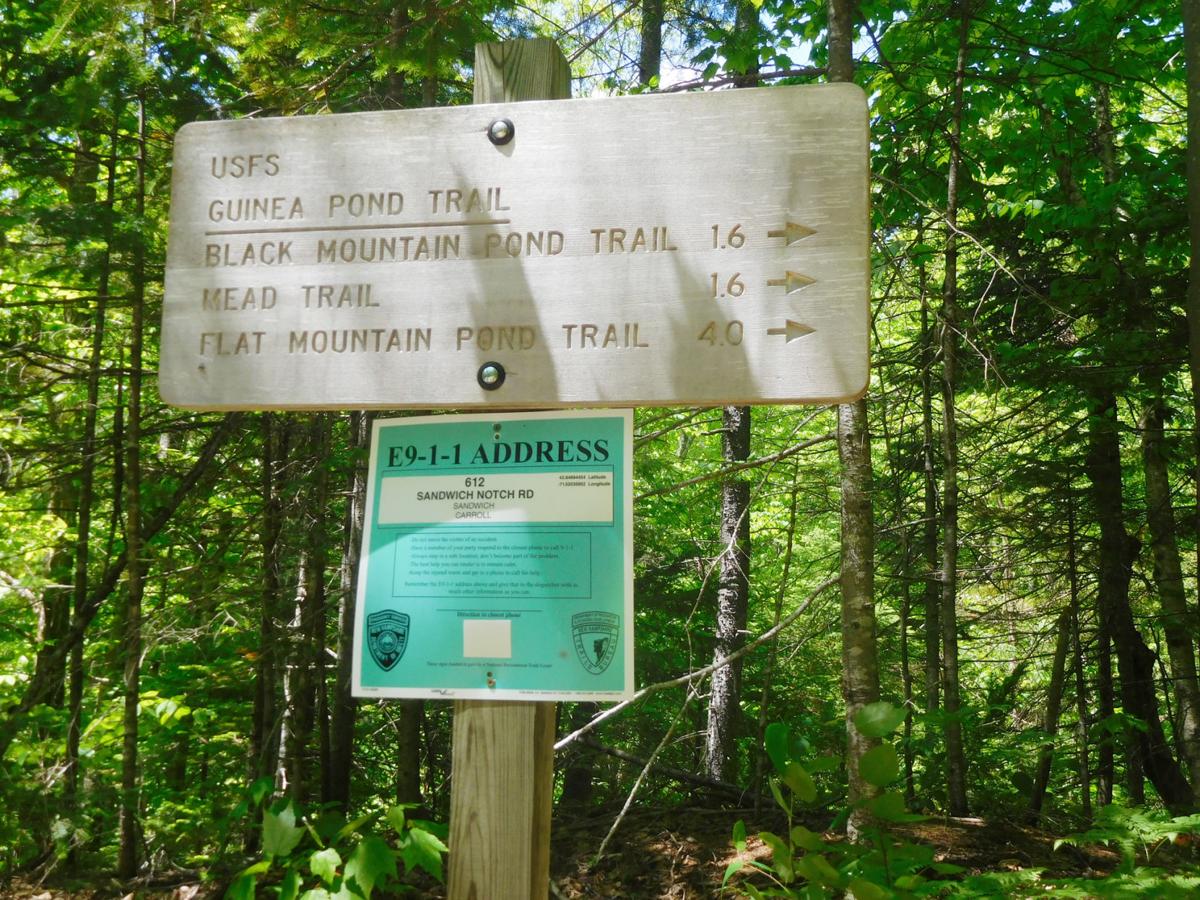 Trail sign at the trailhead of the Guinea Pond Trail. 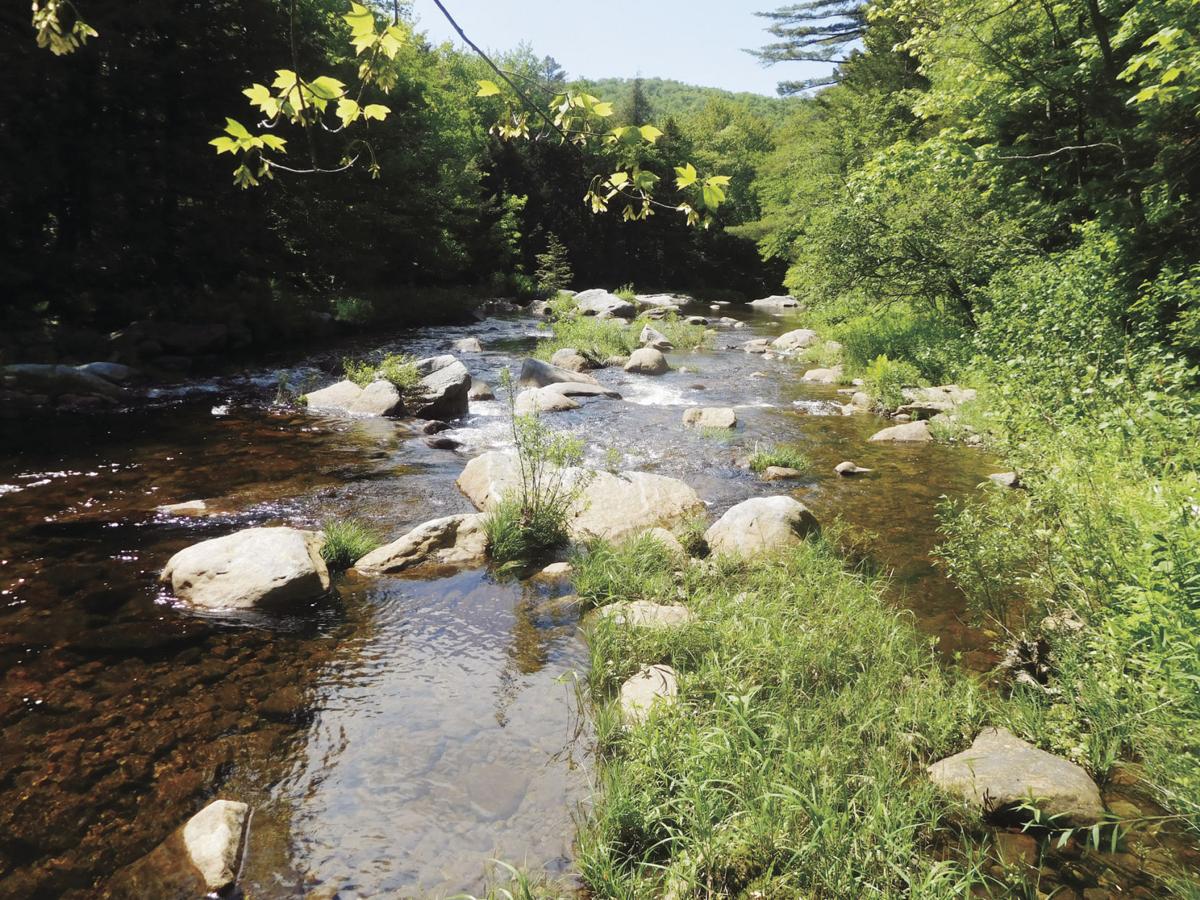 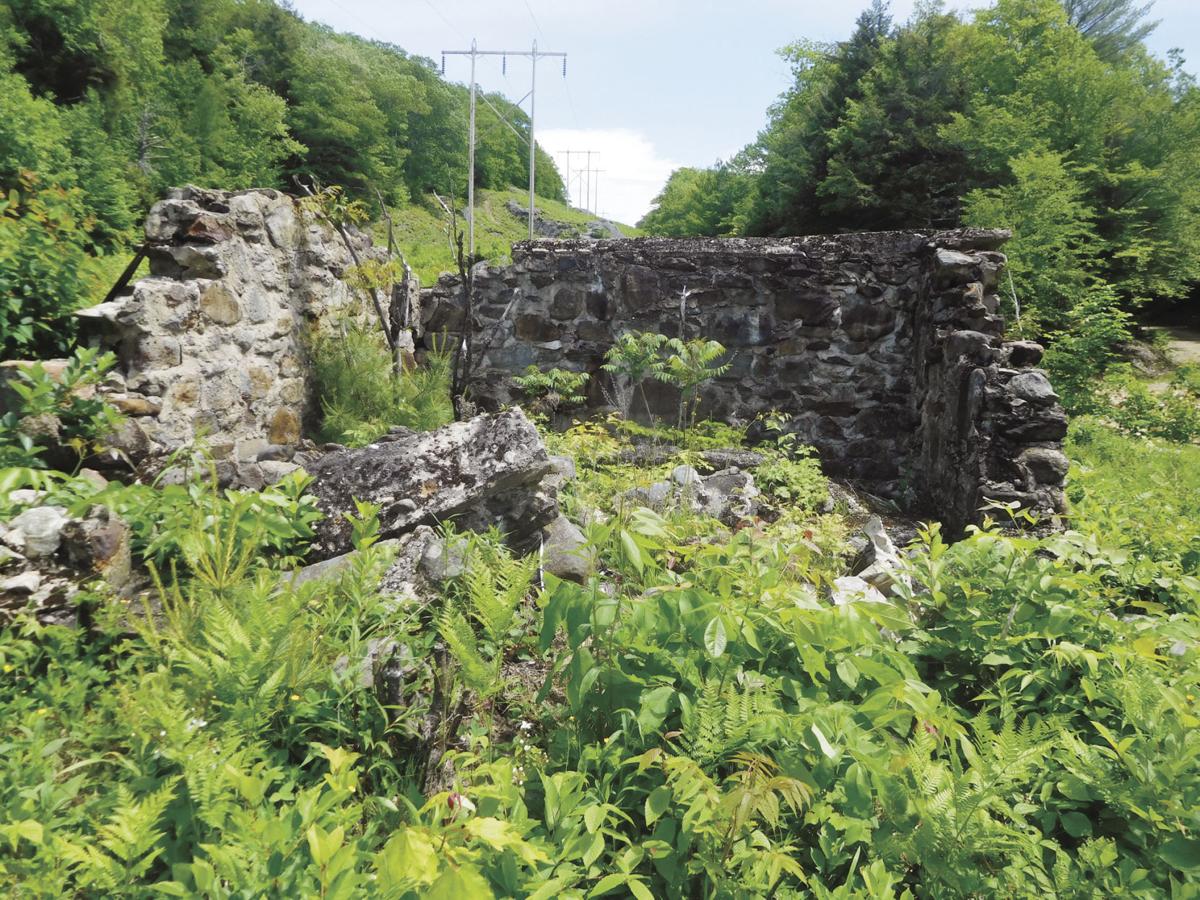 Remains of a logging camp on the abandoned Beebe River Railroad.

Trail sign at the trailhead of the Guinea Pond Trail.

Remains of a logging camp on the abandoned Beebe River Railroad.

The Beebe Rivers flows from Black Mountain Pond in the White Mountain National Forest to the Pemigewasset River in Campton. A logging railroad was constructed in the early 1900s along the river during the waning years of the logging industry in New Hampshire. Most of the forested areas of the White Mountains had been logged off or turned to ashes by lumber barons who ruled the North Country. However, there were some fragments of virgin forest that remained untouched, and one of those parcels was located in the Beebe River watershed and the Sandwich Mountain Range.

In 1917, the Publishers Paper Company of Woodstock, a significant landholder in New Hampshire, sold the Beebe River tract of 22,000 acres to Parker Young Company of Lincoln. In that same year, the state of New Hampshire granted the right of incorporation to the Beebe River Railroad. The Woodstock Lumber Company, an affiliate of the Parker Young Company, built a sawmill and village at the confluence of the Pemigewasset and Beebe rivers. The rail line stretched for over 25 miles, from the Pemigewasset River to the base of Whiteface Mountain. There were more than 12 logging camps located along the railroad and operated from 1917 to 1924.

In 1924, the Draper Mills Corporation bought the Beebe River parcel, the mill, associated buildings and the workers’ village. The corporation converted the lumber mill to a bobbin mill to produce hardwood bobbins for its knitting mills in Massachusetts. By 1935, the hardwood needed for the knitting industry was exhausted, and textile mills were being shuttered. The railroad was abandoned and, in 1942, the steel rails were hauled off and donated for the war effort.

I have hiked throughout the Sandwich Range and followed the roadbed of the Beebe River Railroad from the Guinea Pond Trail to Flat Mountain Pond and to the remains (bed frames, saw blades, cook stoves, buckets) of various logging camps that were established along the rail line. The only segment I hadn’t visited lay between Campton and Sandwich Notch Road. This section of abandoned rail line was converted to a logging road after the rails were torn up and is ideal for an easy five-mile mountain bike ride.

After working with Fran to install a kiosk at the parking lot of the Kelley-Drake Conservation Area in New Hampton, I drove to Campton via Route 175. At Campton Hollow, I turned right onto Perch Pond Road. Continuing straight ahead, I hit Eastern Corner Road and, within 3 miles, I was at a barrier gate for the start of my ride along the Beebe River. I was about to enter land owned by the Conservation Fund, a 5,435-acre tract that encompasses about 50 percent of the Beebe River Watershed and contains 5 miles of the river.

The Conservation Fund purchased the property in 2014. The intent of the purchase was to protect the Beebe River watershed and the valuable wild lands. The area is unique in that it contains a wide variety of environmental conditions and diversity of geology, landforms and climate that bring together an abundance of tree species, including tupelo, oak, maple, spruce and fir, and numerous state-listed plant species, like the yellow lady’s slipper, purple clematis and fern leaved false foxglove. The federally threatened Canada lynx, along with moose and bear, thrive in the area.

The Conservation Fund, an Arlington, Virginia, based conservation group, has teamed up with the Pemigewasset Chapter of Trout Unlimited, Plymouth State University and the New Hampshire Fish and Game Department to study native brook trout populations. Brook trout have been tagged to track their movement throughout the Beebe River Watershed. The Conservation Fund has also upgraded culverts and improved stream habitat to encourage the migration of trout to spawning beds in smaller, colder streams. Fish that have been tagged have had their adipose fin removed for identification. The entire 5.435-acre track is open for hunting, fishing, skiing and hiking.

After hauling my bike over the gate, I began my ride on the well-maintained gravel road. About a quarter mile from the gate, I looked toward an opening in the forest and noticed a large outcropping of rock. A family was fishing from the river bank. I screeched to a halt and meandered over. I noticed a beautiful brook trout dangling from Mom’s fly line. She told me the adipose fin was removed, hence the fish was tagged for study and had to be returned it to the water. After chatting for a while, I continued on my ride.

Rolling along, I spotted a collapsed stone structure in a clearing. It looked like a cabin or house and was most likely a remnant of logging days when several logging camps lined the rail line. Further on, I found ideal areas for swimming and picnicking: deep pools of water, a sandy river bank and lush meadows.

Continuing my ride, enjoying the solitude of the wilderness, I saw signs of moose and deer along the road. As the road began a gradual climb into Sandwich Notch, I came to the end of the forest road, crossed Sandwich Notch Road, and continued my journey on the Guinea Pond Trail.

I hoped to at least get to the Black Mountain Pond Trail, or better yet the Flat Mountain Pond Trail. The Guinea Pond trail is notorious for wet and muddy conditions due to numerous beaver flowages that border the trail. After enduring a few muck holes, I was stopped short by a small pond of water created by a beaver dam. This ended my ride along the Guinea Pond Trail. I turned around and began my ride back to civilization.

It was a quick six-mile ride out, going downhill for most of the way. When I got to the gate, I had one last stop to make: Beebe Village. After returning to Route 175, I headed north for about 3 miles and turned left onto the road that would lead me to the former homes of mill workers and abandoned mill buildings.

In 1917, with the construction of a double-band sawmill, the Woodstock Lumber Company needed housing for its workers. A complete village was built in eight months, intended to provide housing for the workers and their families. It was designed to be a model of a utopian village, envisioned by Martin Brown and the Parker Young Company. Eighteen houses were built, complete with electricity, running water, and bathrooms. A boarding house for 200 guests and workers was also built, along with a general store that served as a post office, town office, dance hall and movie theater. A school, railroad station, pond, ballfield and playground were added to the village.

In 1925, the Draper Mills Corporation of Hopedale, Massachusetts, purchased the entire 22,000-acre tract, including the Beebe River Village. Draper was the largest maker of automatic looms and needed hardwood for the manufacture of bobbins for its textile mills. The Beebe River Mill became the largest producer of bobbins in the world, turning out 100,000 per day and employing 230 people.

It is interesting to note that Hopedale was a utopian community founded in 1841 by the visionary pacifist and socialist Aden Ballou. Hopedale began as a utopian experiment and lasted 14 years. It’s obvious that Beebe Village was created with the same ideals and vision as Hopedale.

I ended my foray by speaking with residents of the village. All the homes were small, modest bungalows, built in traditional mill village fashion. Residents felt a common bond that tied their tightly knit community together. Children were romping around the yards and neighbors were sitting together discussing the latest news in politics. One home had a number of posters with biblical scriptures tacked to the house. Several had lovely flower gardens arranged neatly by the road. A few residents own their home, while others rent from the landowner. The quaint little village, a precinct of Campton, is a throwback to another era, when lumber ruled the north woods economy and people lived in company towns. As I like to say, “To know history is to visit history.”