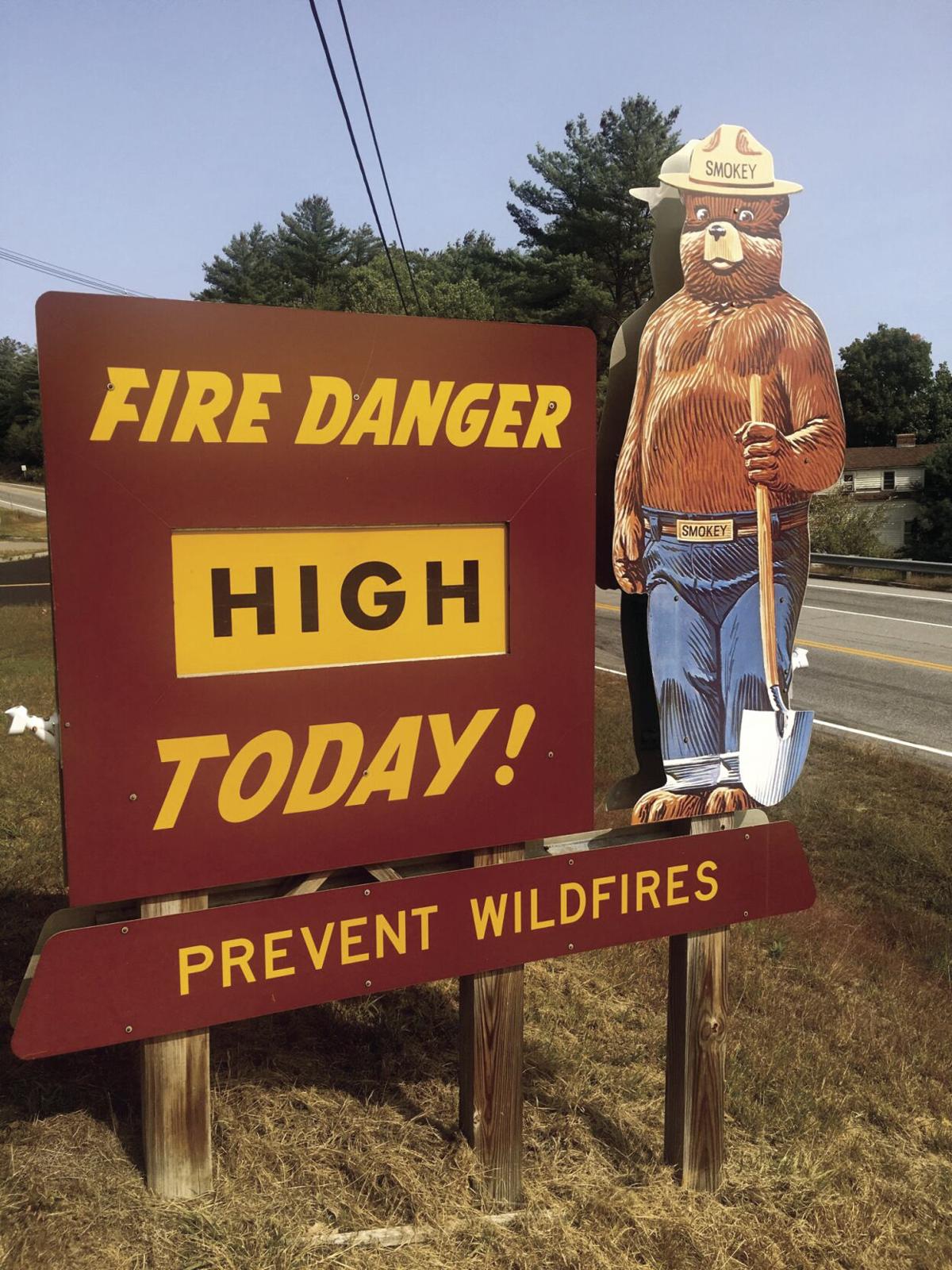 The sign outside the New Hampton Police and Fire station shows the danger of fire is high as a result of most of the state being in a moderate or severe drought. Add in gusty winds, and officials say the conditions are ripe for a challenging forest fire season. (Rick Green/The Laconia Daily Sun photo) 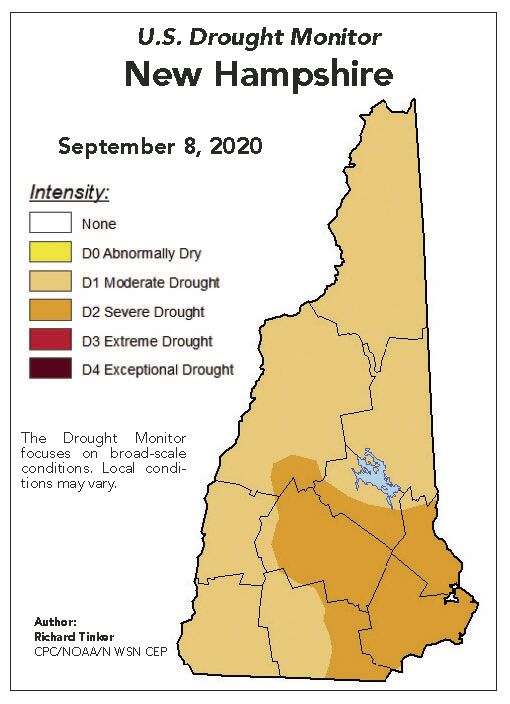 The sign outside the New Hampton Police and Fire station shows the danger of fire is high as a result of most of the state being in a moderate or severe drought. Add in gusty winds, and officials say the conditions are ripe for a challenging forest fire season. (Rick Green/The Laconia Daily Sun photo)

LACONIA — With all of the state in either a moderate or severe drought, this fall could be a challenging forest fire season, New Hampshire Forest Protection Bureau Chief Steve Sherman said Monday.

“Today, we are in Class 3 high fire danger,” he said. “People need to be really careful. Most towns will ask people not to burn, and that would be our recommendation, especially with the high winds.”

The National Weather Service put out a special weather statement.

“The combination of gusty northwest winds, full sunshine and dry conditions will lead to an elevated fire weather potential across New Hampshire and Maine,” the statement said.

“Northwest winds will gust between 20 and 30 mph today, with afternoon relative humidities between 30 and 50 percent. Open burning is strongly discouraged today.”

Dozens of wildfires have been burning for weeks across California and the U.S. West, killing at least 33 people, charring millions of acres and putting up plumes of smoke that are causing massive air pollution.

Trouble like that is not expected in New Hampshire, known for its so-called “asbestos forest,” a moniker derived from the traditional lack of major fires in the state. But that doesn’t mean the state can avoid all problems.

“What's going to start to happen here, since this drought is progressing, is that as we enter into the fall we'll have the potential for larger fires,” Sherman said.

An estimated 82 percent of the state is covered in forest, second only to Maine.

Three years ago, the Dilly Cliff fire on the Lost River Gorge Trail in North Woodstock blackened 75 acres and took a month to put out. It was likely caused by a person who was careless with a campfire or a discarded cigarette, Sherman said. A fire in Albany four years ago burned across 300 acres.

One of the state’s largest fires came in April 1941 when about 27,000 acres burned around Stoddard and Marlow. Three years earlier, a hurricane felled huge swaths of forest that became fire fuel after dry conditions set in.

Steve Roberge, forestry specialist with UNH Extension, said the pine forests of the Western states can leave needles and cones on the ground that will explode in flames during dry conditions.

New Hampshire also has pine but its many broadleaf trees are better able to hold moisture and are slower to catch fire.

“Big leaves fall and stack up and don’t dry out,” Roberge explained.

“With climate change, we are seeing more droughts in New Hampshire, with precipitation coming in a few big storms and longer periods of drought and high fire danger,” Roberge said.

“Also, as we develop more land right on the edge of the wild land, there will be more of a threat to us over time.”

Roberge and Sherman recommended that people be sure to talk to their town about permits and weather conditions before doing any burning. They also advise people to be extra careful with campfires and cigarettes.

ALTON – Alton Fire Rescue Department was dispatched to a single family residence for a building fire at 254 Powder Mill Road just after 10 a.m…