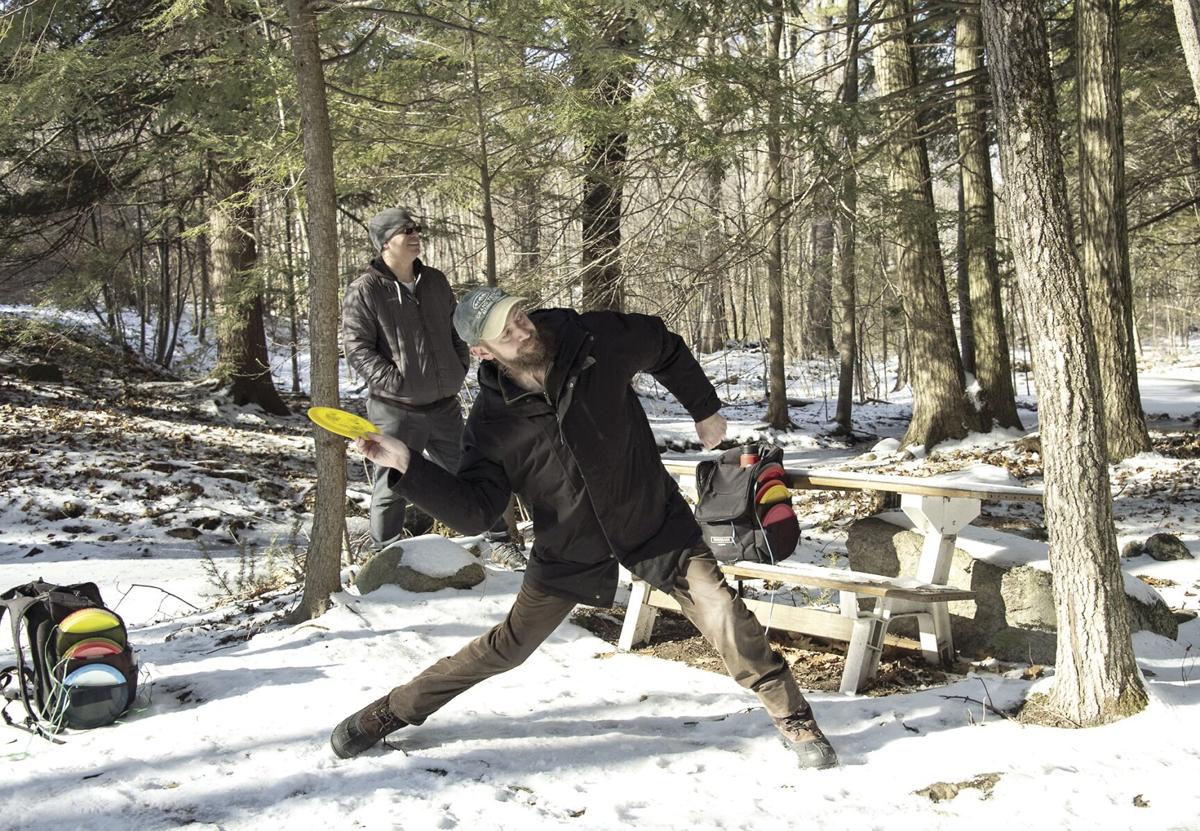 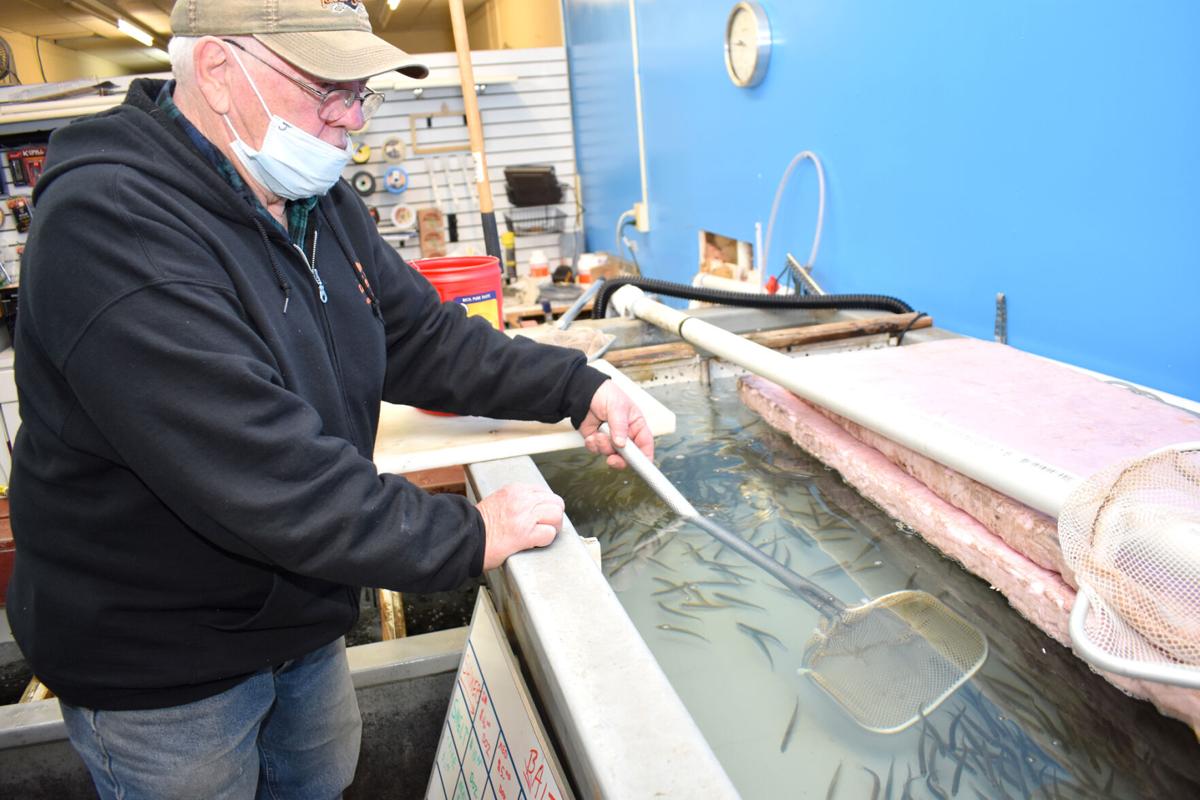 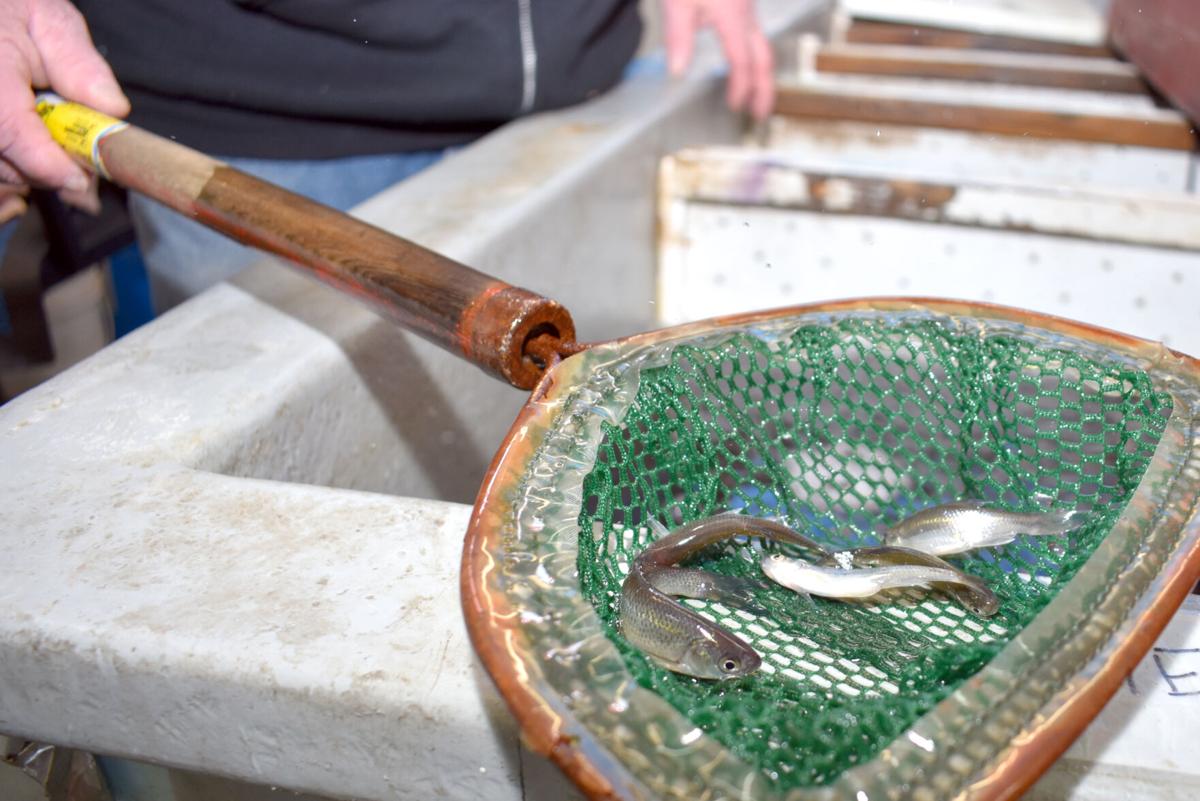 Live bait at The Tackle Shack in Meredith. Ice fishing has proven to be a pandemic-friendly activity this winter. (Adam Drapcho/The Laconia Daily Sun photo)

Live bait at The Tackle Shack in Meredith. Ice fishing has proven to be a pandemic-friendly activity this winter. (Adam Drapcho/The Laconia Daily Sun photo)

LACONIA — Ever since the pandemic reached New Hampshire, people in the central part of the state have been looking to the outdoors as a place they can safely recreate and exercise. That trend has continued despite the arrival of winter conditions.

“Golf was up, disc golf is up, we have people that come almost every day for disc golf,” said Bob Bolduc, founder of the nonprofit Bolduc Park on the Laconia-Gilford border. Cross-country ski interest is also up, he said, with about twice as many people as usual signing up for lessons.

“Cross-country has gone nuts because you can social distance easy, the outdoors is your cross-country area. When we had snow, it was real busy,” Bolduc said. Conditions are still skiable, he said, but, “all we need is three inches of snow and we’re flying.”

Bolduc, whose family operates Piche’s Ski and Sports in Gilford, said the demand that they saw for bicycles in the spring has transferred to gear for winter sports. Interest is up across the board, including ice skating and downhill skiing, but particularly for snowshoeing and cross-country skiing.

On the other side of Lake Winnipesaukee, Nordic Skier owner Steve Flagg said he has seen the same trend, and it’s coupled with the same supply chain issues that have been frustrating outdoor outfitters for nearly a year.

“We still can’t get bikes, and snowshoes and cross-country skis are following the same path. Our shelves are empty and so are the warehouses,” Flagg said.

Tim White, who has worked at the Nordic Skier for 30 years, said the demand for new cross-country gear has been undercut by a fire in a massive factory in the Ukranian town of Mukachevo. The factory, owned by Fischer, produced more than half of Europe’s skis and exported its product to North America. The production facility also provided contract manufacturing for many other brands, including Rossignol and Alpina.

The unfortunate irony is that 2021 was set up to be a rebound year for cross-country skiing, White said. “Cross-country skiing has been quietly dying.” He said that the pandemic has inspired people to take a new look at the sport. “All of a sudden, it was a rediscovery of the concept, so all of our average sizes of skis and boots are shot now, and there aren’t any more coming in, either.”

The good news for the ski shop is that they also offer rentals – usually used on the nearby Wolfeboro Nordic trail system – so that will keep them busy despite a lack of new inventory. Season passes to that trail system, which can be purchased at the Nordic Skier, have been selling briskly, White said.

Many of the new skiers are people who don’t usually spend their winters in Wolfeboro, White said. He advises people new to Lakes Region winter recreation to dress in layers and “be ready for everything.”

Flagg, as well as Bolduc, said that people new to cross-country skiing ought to start at a park or trail system before venturing off into the wild, and might want to pay for some expert guidance.

“It’s not a bad idea to sign up for a lesson or two, and visit a Nordic center where trails are groomed,” Flagg said.

Another classic winter pastime, ice fishing, has also become a haven for the pandemic-weary. Even though ice is still forming on many lakes, activity has already started to spike.

Through the first seven days of 2020, New Hampshire Fish and Game sold 7,498 resident fishing licenses and 1,124 non-resident licenses. Through Jan. 7 of this year, 9,148 residents and 1,530 non-residents purchased a fishing license. That’s an increase of about 24%, year over year, and Winnipesaukee hasn’t frozen over yet.

Jim Eldridge works at The Tackle Shack in Meredith. He’s been selling ice fishing bait and tackle for more than 20 years, mostly at the now-closed A.J.’s, and said this season is on pace to be one for the record books.

“It seems to be way ahead from other years. Even though we don’t have a ton of ice, the product seems to be going out, they’re scrounging to find any ice to get on,” Eldridge said.

It’s not just more sales, but when those sales are happening, Eldridge said. In recent years, the bait shops would be quiet during the week and busy on the weekend. This year, they’re getting customers every day of the week.

Eldridge figured that about a quarter of the customers he’s seen this year are new to ice fishing – an estimate which lines up nicely with the licensing reports – and he hopes they take ice safety seriously.

“As it is right now, the biggest thing is to take caution. The ice is just not that great. Check in with us, or anybody, if you’ve got a local tackle dealer ask them about the ice,” Eldridge said. Ice fishing can be a great family activity, and if young kids are part of the group, he suggested finding a smaller body of water with smaller, more active fish.

“If they get a fish every five minutes, that hooks them on,” Eldridge said. “You’ve got to have something steady for them to do. At least if they’re out hunting or fishing, they’re not on their video things and getting into trouble.”

GILFORD — Despite the COVID-19 pandemic – or maybe because of it – the New Hampshire ski industry could be in store for a busy season.