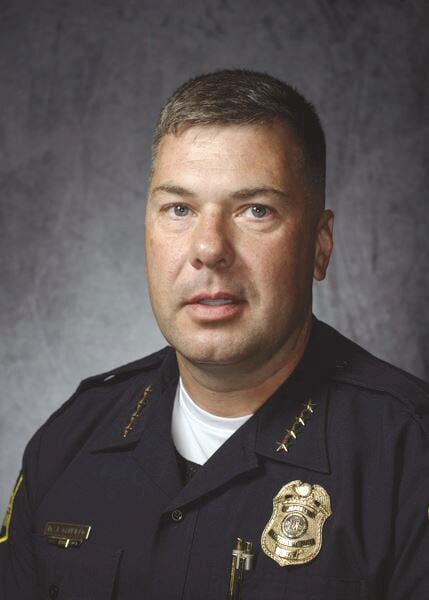 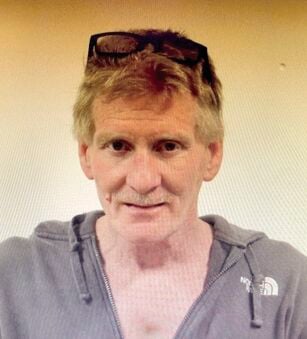 LACONIA — Police Chief Matt Canfield is urging the public to remain vigilant, as a man police considers armed and dangerous remains at large.

Peter J. DiBiaso, 56, is wanted for criminal threatening after allegedly brandishing a shotgun to threaten his ex-girlfriend and her current boyfriend on two different occasions over the past weekend. In one of those encounters, he is accused of sneaking up behind the victim at a bonfire and “racking” the pump-action shotgun.

These latest charges would represent a concerning level of escalation for DiBiaso, who was arrested twice last year – in August and again in November – on charges related to stalking complaints. Canfield said that DiBiaso has also reportedly used suicidal language, and indicated that he intends to die in a shootout.

“(Residents) should be vigilant, be very aware, be sure that their vehicles are locked that their houses are locked, all the time, really,” Canfield said. “If they see someone matching this description to call us.”

DiBiaso is 5 feet, 8 inches tall, 56 years old, weighs 150 pounds and has green eyes and strawberry-blonde hair. He may be operating a brown 2008 Chevy Silverado pickup truck with New Hampshire plates 4768076.

DiBiaso is believed to be transient and to have been recently living in Laconia, Canfield said.

Based on tips as well as a “ping” of his cellphone location, police searched an area of woods off of Country Club Road on Tuesday afternoon, but were not able to located DiBiaso. The search covered 3 to 4 acres of land, and was carried out by about 25 Laconia officers, who were joined by 20 members of the Belknap Regional Special Operations Group, a helicopter from State Police, and a drone operated by LPD. Though they didn’t find their man, they did encounter evidence that someone, or perhaps several people, have been living in the woods.

“We think he is still armed. We consider him armed and dangerous,” Canfield said. “We need to take him into custody before something bad happens, before he does something even more serious.”

“No report is dumb,” Canfield said, urging members of the public to report any possible sightings or other information to the police. He would rather chase a false lead than to have residents withhold information they’re not sure is helpful.

Those with information are asked to call Laconia dispatchers at 603-524-5252, the Laconia Crimeline at 603-524-1717, or to make a report via tip411, a free downloadable application that allows people to make anonymous tips to police.

“I can assure that we cannot track who is sending that tip,” Canfield said about tip411. “It is completely anonymous, people can leave something without getting involved.”

DiBiaso’s actions over the past several months have Canfield concerned about what would come next, if police don’t find him first.

“He is going to become more desparate over time,” Canfield said. “We certainly want to take him into custody as soon as possible. We are working all leads and tips, we encourage people with any information to contact us.”

LACONIA — Police are searching for a man who they say threatened others multiple times over the weekend with a shotgun.

The whole system is so messed up. It protects the criminals and basically does not support the law abiding citizens.

Another example of the horrible justice system in NH. Criminals are allowed to run the streets and threaten people because they don't have to post bail and there are no consequences for skipping court hearings. On top of that judges push hearings ahead that should have been heard years ago!! Criminals are literally awarded for their crimes in the state of NH while victims are victimized by both the police and the court system. If you report a crime you are told that you should respect the criminal and not harass them by trying to press charges for such trivial things as felony possession of firearms, drug trafficking, breaking and entering, and vandalism. I guess it is considered disrespectful in the state of NH for victims to face the criminals who hurt them. Basically calling to report this guy will get you nowhere so don't even bother! Not worth your time at all.