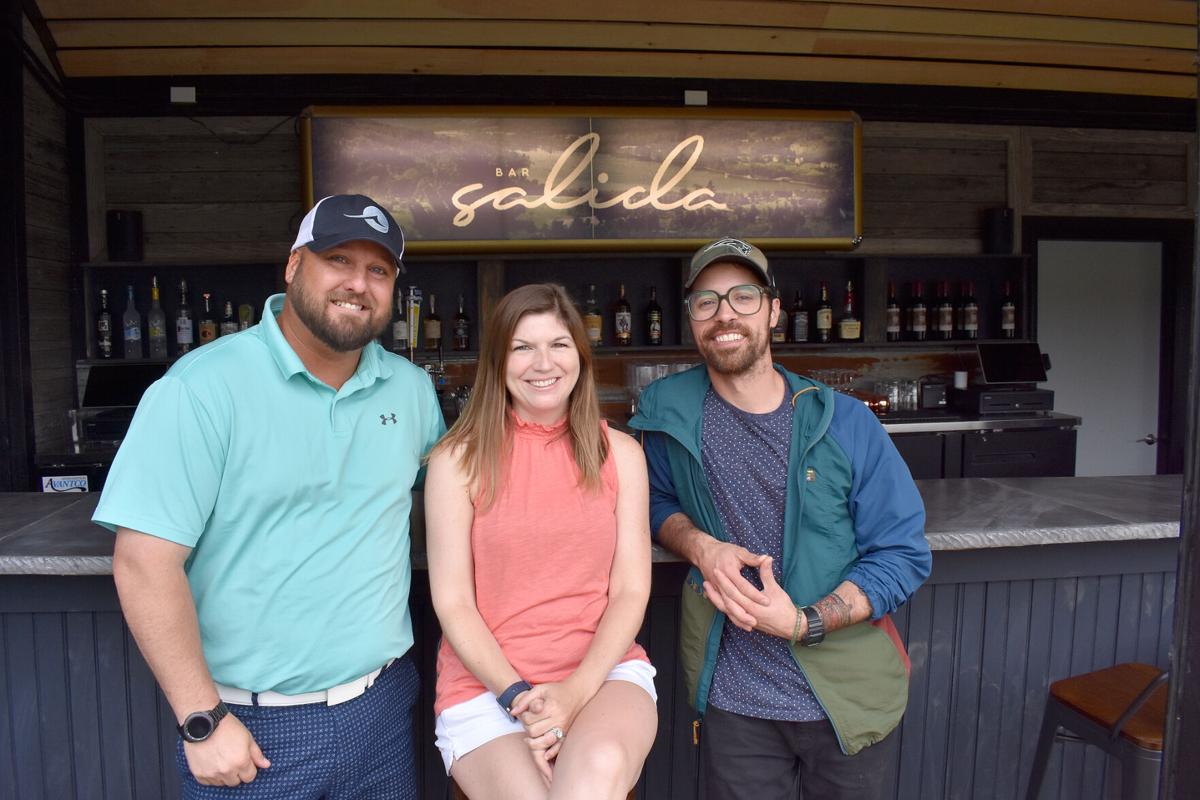 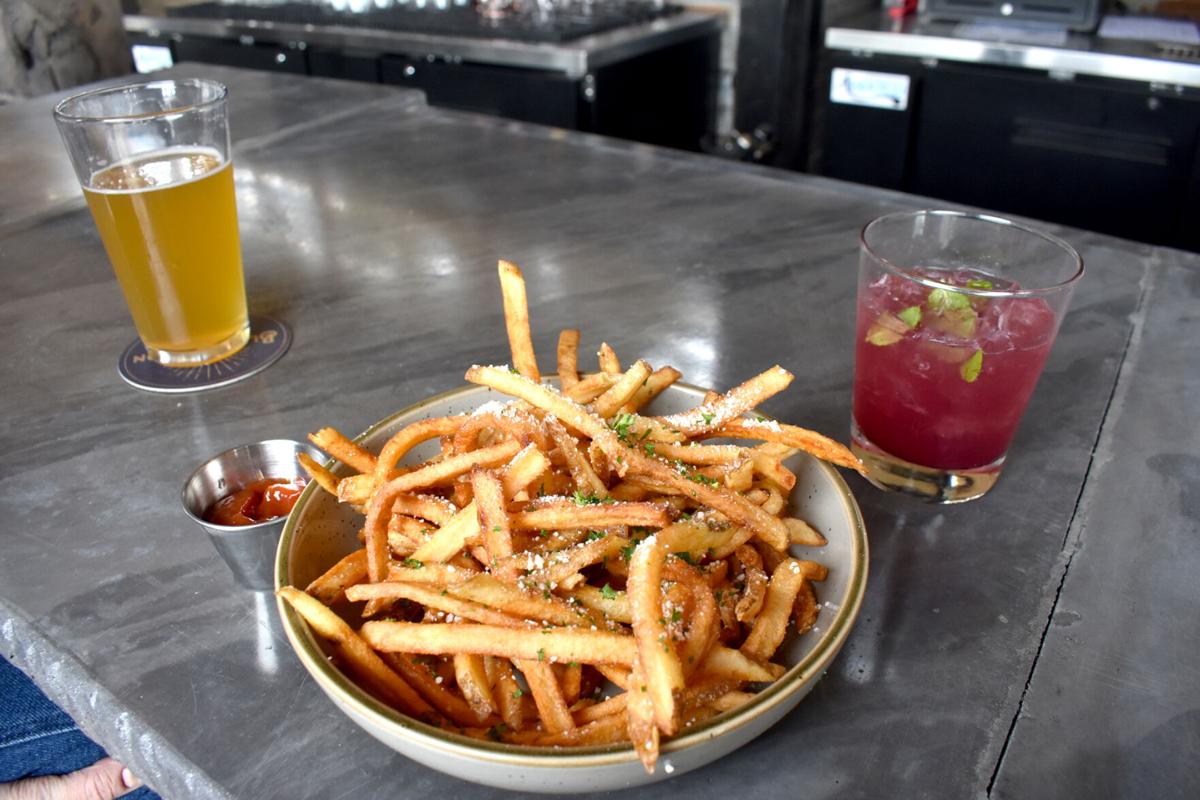 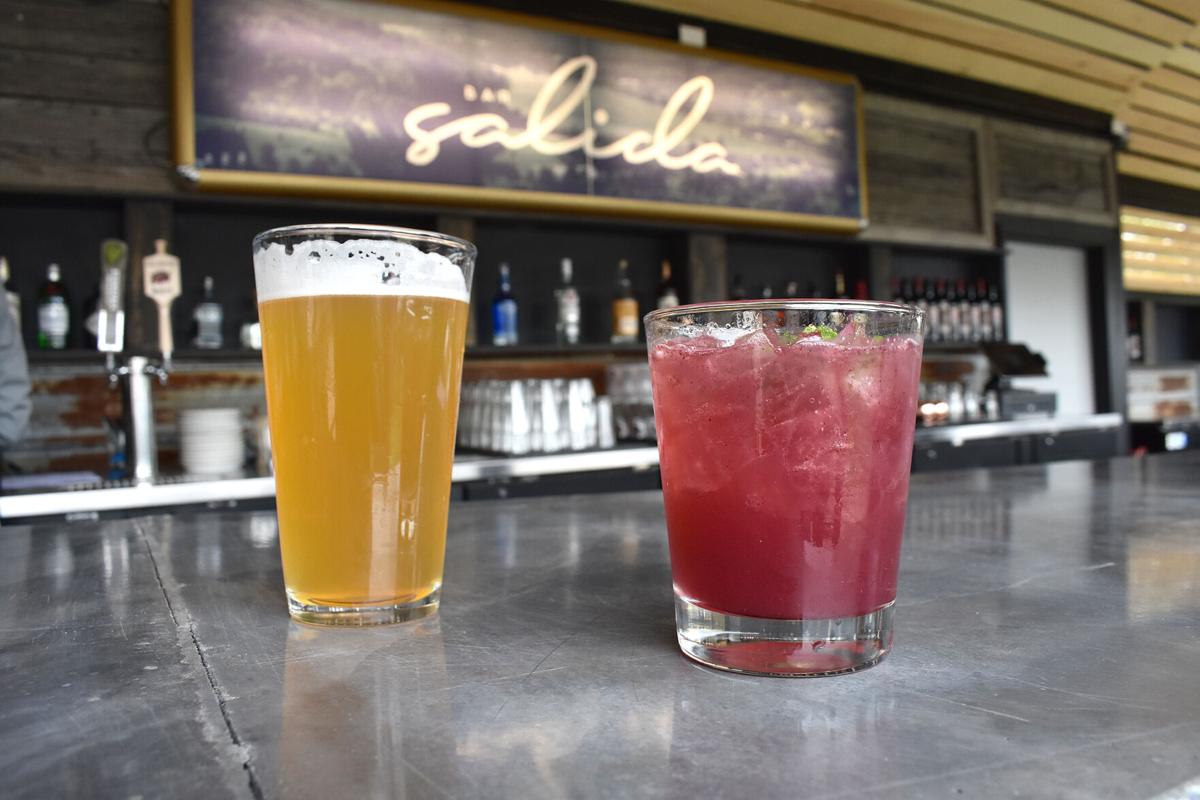 All of the seating at Bar Salida is outdoors, though the bar area is under a roof. (Adam Drapcho/The Laconia Daily Sun photo)

All of the seating at Bar Salida is outdoors, though the bar area is under a roof. (Adam Drapcho/The Laconia Daily Sun photo)

LACONIA — Would Bar Salida have happened if not for the pandemic? Yes and no, is the answer.

Yes, Ryan and Leigh Cardella would have likely bought the Winnipesaukee Marketplace property anyway, but they likely wouldn’t have been able to lure Juan Pedrosa away from his career as a Boston-area chef and restaurateur. Ryan Cardella, whose company East Coast Flightcraft owns the Winnipesaukee Pier, said he had an eye for the Marketplace property, specifically to open an outdoor-seating restaurant to draw the boating crowd, who, he said, want somewhere they could sit outside and order food and drinks a bit more upscale than what is currently available within walking distance from Weirs Beach.

Then along came the pandemic, which left people like Pedrosa considering opportunities outside of congested urban areas. It was just the kind of partnership that Cardella said he was looking for – someone who could bring a different perspective, and a different menu, to the area.

Pedrosa grew up in Waltham, Massachusetts, and, although he was a curious kid who tried to apply himself in school, he said he was always more interested in the real world outside than what was in his textbooks or on the chalkboard.

It was food – and food service, in particular – that captured his imagination.

“I didn’t come from a family that cooked, I didn’t grow up with grandparents that cooked. I was just always infatuated with food,” Pedrosa said.

He wormed his way into a restaurant before he was old  enough to draw a legal paycheck. The neighborhood pizza place – a Greek “House of Pizza” type – had large plate windows, and as a boy Pedrosa would watch as customers placed their order, then the cooks would jump into action in the back of the house.

It was in that pizza place where Pedrosa’s education really started. The owners noticed him hanging around and said they’d give him something to eat if he swept the floor or assembled pizza boxes. He was 12 years old.

“That’s how I started, doing odd jobs at a pizza place for slices,” Pedrosa said.

Five years later, Pedrosa was taken under the wing of Tom Berry, himself a protege of renowned chef Ming Tsai. Pedrosa eventually spent six months at the New England Culinary Institute, but he left, figuring he was already getting his education on the job.

Now 33, Pedrosa has made a career out of opening restaurants. With Bar Salida – the name indicating an escape from confinement – Pedrosa has opened 11 restaurants. His latest concept is inspired by experiences at gathering spaces in Tulum, Mexico, where people congregated in open-air bars and restaurants and enjoyed their environment and companions despite – or even because of – passing tropical showers.

That same spirit came to frosty New England during the winter of the pandemic.

“A year ago, if you could eat outside on a snow mound, you did,” Pedrosa said. “I’ve always been big on following trends, and seeing how might this work in a (business) model.”

The vision behind Bar Salida is to offer both comfort and surprise, a mix of nostalgia and novelty. For example, at the soft opening last weekend, Pedrosa was serving French fries – something universally familiar – but with aged cotija, a Mexican cheese that he chose for its “funk.” Similarly, the limited opening menu offers guacamole, with veggies for dipping as well as chips, and a tuna tartare that comes with avocado crutido and blue cheese crackers.

Hours will be 2 to 10 p.m., Tuesday through Saturday, to start. Those hours might extend in either direction, as business dictates, and Sunday brunch is also a possibility. While it’s currently open for business, Pedrosa and company won’t hold a grand opening until after Motorcycle Week.

Bar Salida can seat 140 people, and can accommodate up to 210, including standing room.

All of that is outdoors, so, be prepared to delight in a passing shower.

The Weirs' gears are a-turning

LACONIA — Cynthia Makris is a living connection to the latter years of Weirs Beach. She grew up in the hospitality industry, watching her pare…