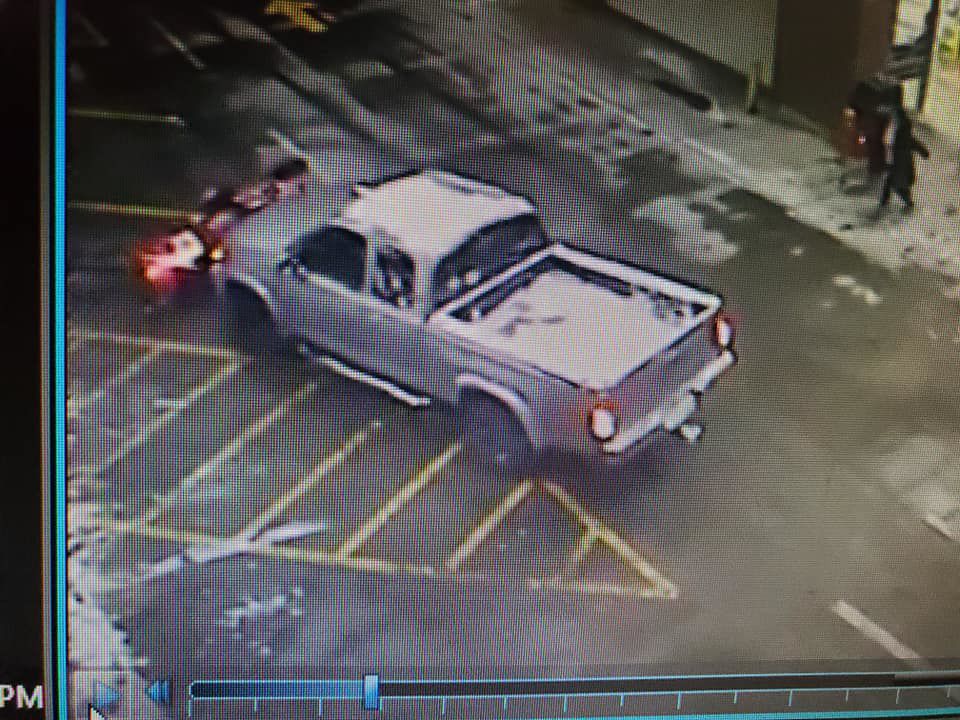 A surveillance camera outside the Lowe's store in Gilford captures an image of a pickup truck equipped with a red snowplow being driven away Tuesday. The vehicle was abandoned in Meredith a short time later, and a Lebanon woman been charged in connection with the theft. (Courtesy photo) 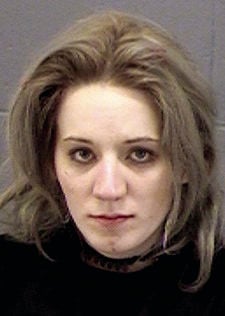 A surveillance camera outside the Lowe's store in Gilford captures an image of a pickup truck equipped with a red snowplow being driven away Tuesday. The vehicle was abandoned in Meredith a short time later, and a Lebanon woman been charged in connection with the theft. (Courtesy photo)

MEREDITH — A Lebanon woman is facing felony theft charges after she allegedly stole a snow plow-equipped pickup truck in Gilford Tuesday evening, and then sped through Laconia and Meredith before abandoning the vehicle and trekking through the woods. She was captured hiding in a garage two hours later, according to police.

Marissa Rondeau, 24, of Lebanon, was charged with receiving stolen property, reckless driving, and driving on a suspended license, according to Meredith police Lt. Michael Harper.

Rondeau was held overnight in preventive detention in the Belknap County Jail before being brought to Belknap Superior Court Wednesday afternoon. Her bail was set at $7,500 cash. As of mid-afternoon she was still in custody, according to Belknap County Attorney Andrew Livernois.

The harrowing events which led to her arrest began about 8:30 p.m. Tuesday, when, according to Gilford police, a 2003 Toyota Tundra pickup truck with a red snow plow mounted on the front was stolen from the parking lot at the Lowe’s home improvement store on Route 11, near the Gilford-Laconia line.

At about 9:15 a Laconia police officer attempted to stop the vehicle as it sped down Union Avenue toward Lakeport, according to an affidavit filed by Meredith police. The officer then ended the pursuit for safety reasons, and the pickup turned onto Elm Street. Another Laconia officer saw the pickup as it turned off Elm Street and headed north on Parade Road (Route 106).

Meredith police Sgt. Philip McLaughlin followed the pickup as it crossed the town line in Meredith and then turned off Parade Road onto Pease Road, at times traveling 65 mph in a 40 mph zone. Three Meredith cruisers were waiting at the Pease Road-Route 104 intersection in hopes of stopping the pickup, but the driver evaded the roadblock and fishtailed onto Route 104. Once on the highway, McLaughlin turned on his emergency lights in an effort to get the vehicle to stop. He then passed the pickup, and pulled in front of it and began to slow down in hopes of getting the driver to stop, the affidavit states.

Instead, the pickup swerved toward the cruiser. McLaughlin then “allowed the Toyota to pass,” believing it was too dangerous to continue the pursuit.

At the end of Route 104 the pickup turned north onto Route 3. It sped away and turned onto Westview Lane, and Massachusetts Avenue. Three Meredith cruisers, with lights flashing, were waiting at the intersection of Massachusetts Avenue and Lower Ladd Hill Road.

“The Toyota nearly struck the first cruiser head-on before swerving onto the shoulder and driving off the roadway,” the affidavit stated. “The Toyota then sped through the stop sign on Massachusetts Avenue and through the parking lot of the Interlakes Medical Center.

Once back on Route 3, the pickup headed toward downtown Meredith and passed several vehicles.

By this time State Police and police from Center Harbor and Moultonborough had been called into assist Meredith police.

Police found the vehicle abandoned about 9:45 p.m. at the end of Circle Drive a dead-end street off Route 3, not far from the Meredith Community Center and the Meredith Village Cemetery.

Footprints in the fresh snow were seen leading from the vehicle into nearby woods. A State Police officer was called in to assist in the search with the help of a police dog. At about 10:45 State Trooper T.J. Berky found Rondeau hiding in a garage at Meredith Bay Village retirement community on Route 25.

Because of her exposure to the cold weather, Rondeau was taken by ambulance to Lakes Region General Hospital as a precaution, before being brought to the Belknap County Jail.

In addition there is an open felony case of possession of a controlled drug which is pending an indictment in Belknap County, Livernois said.